Man found not guilty in 2020 shooting 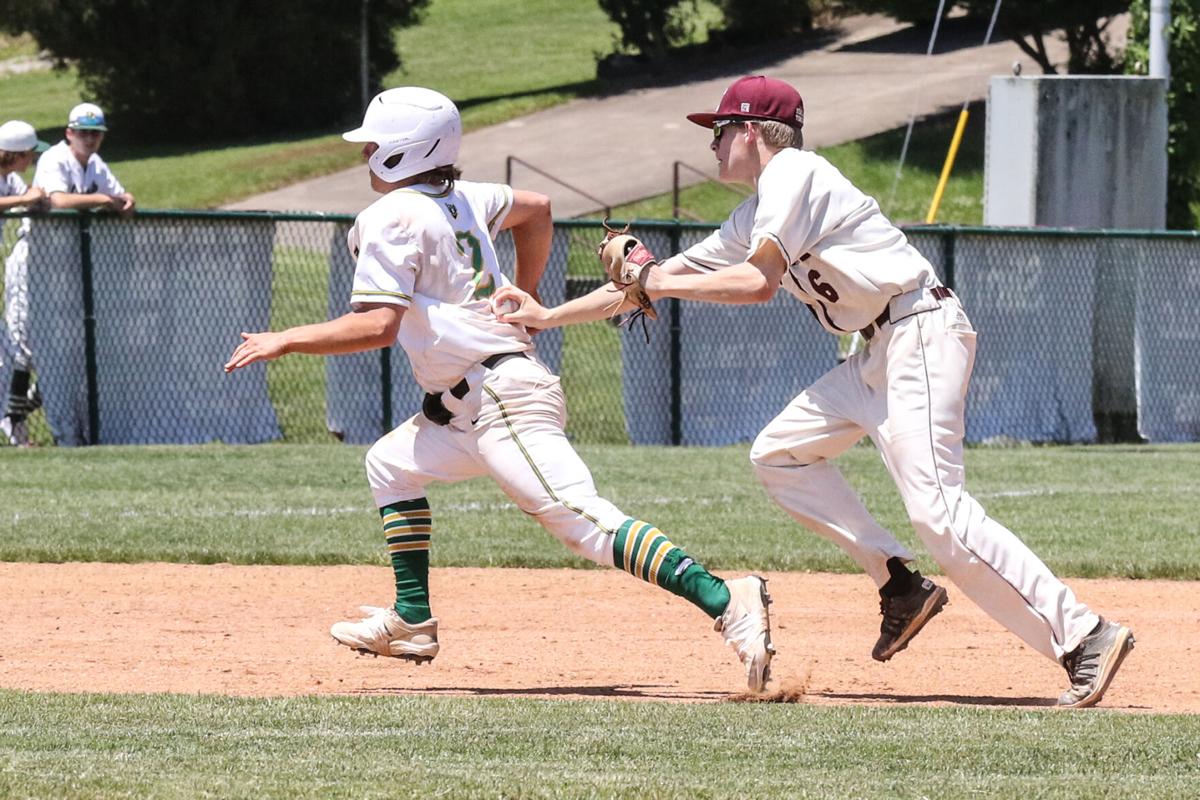 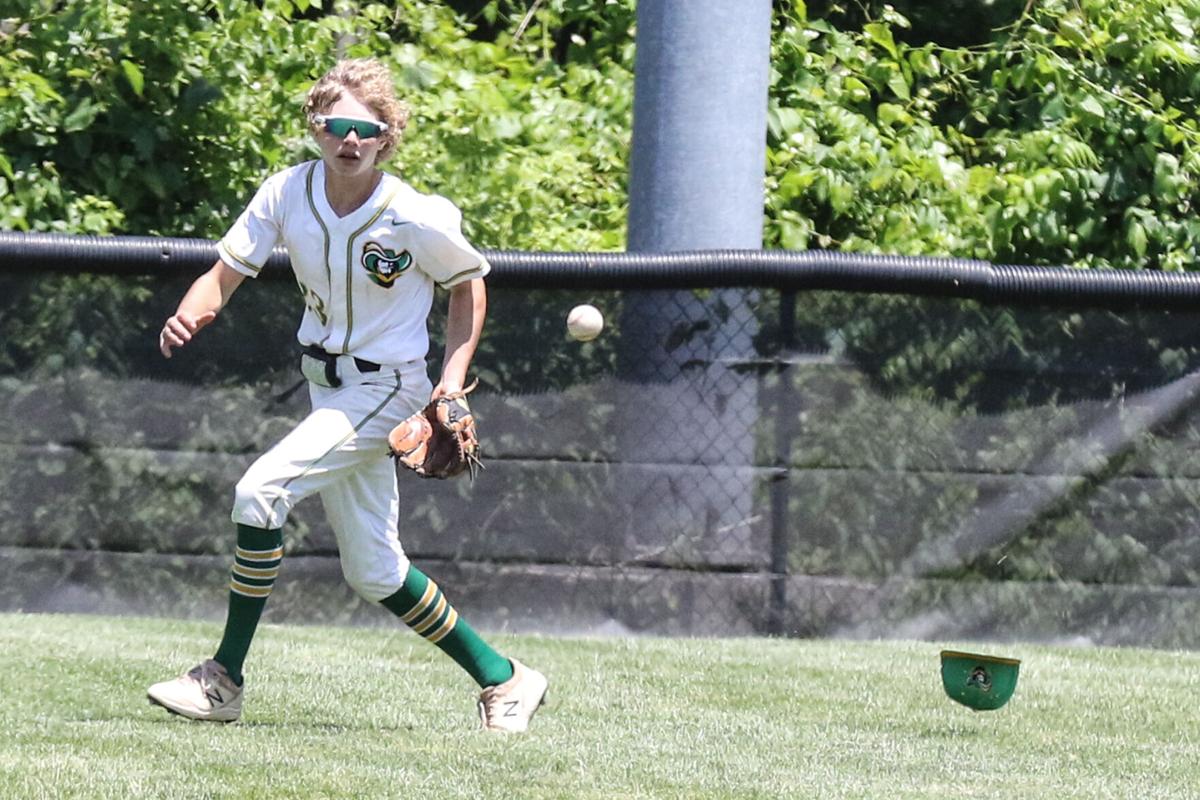 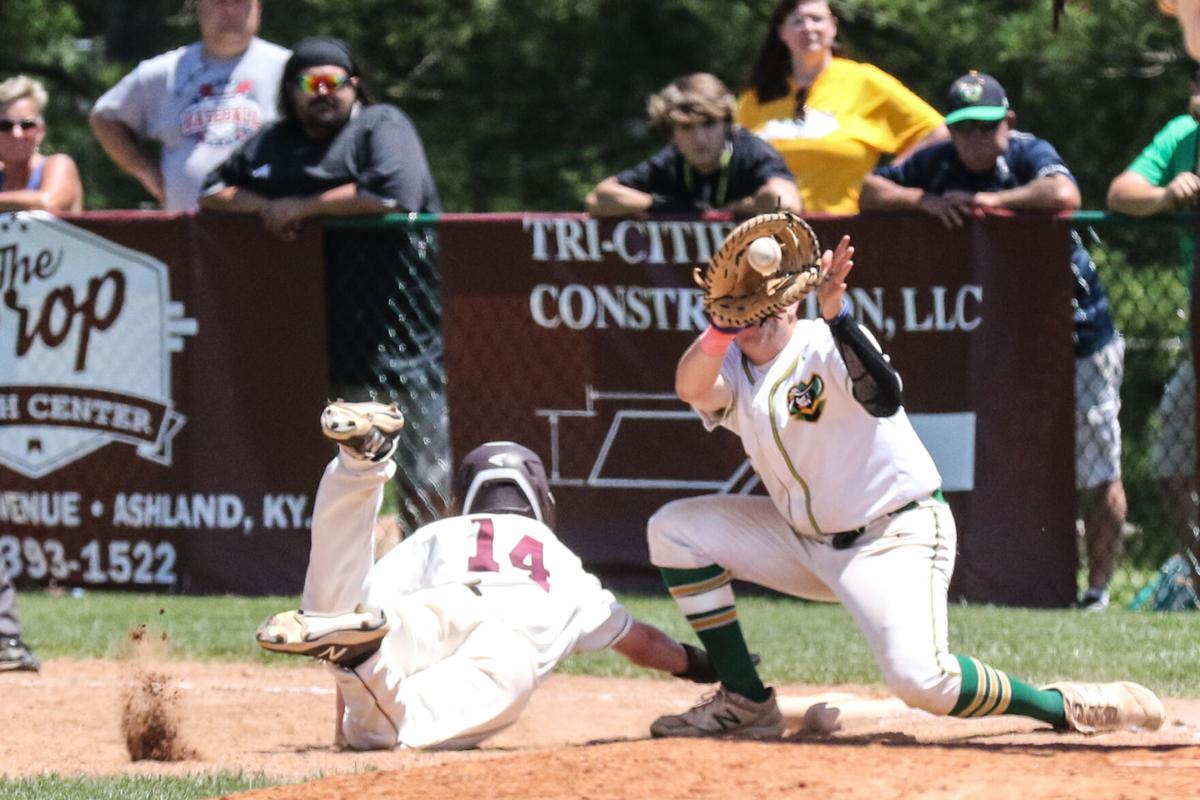 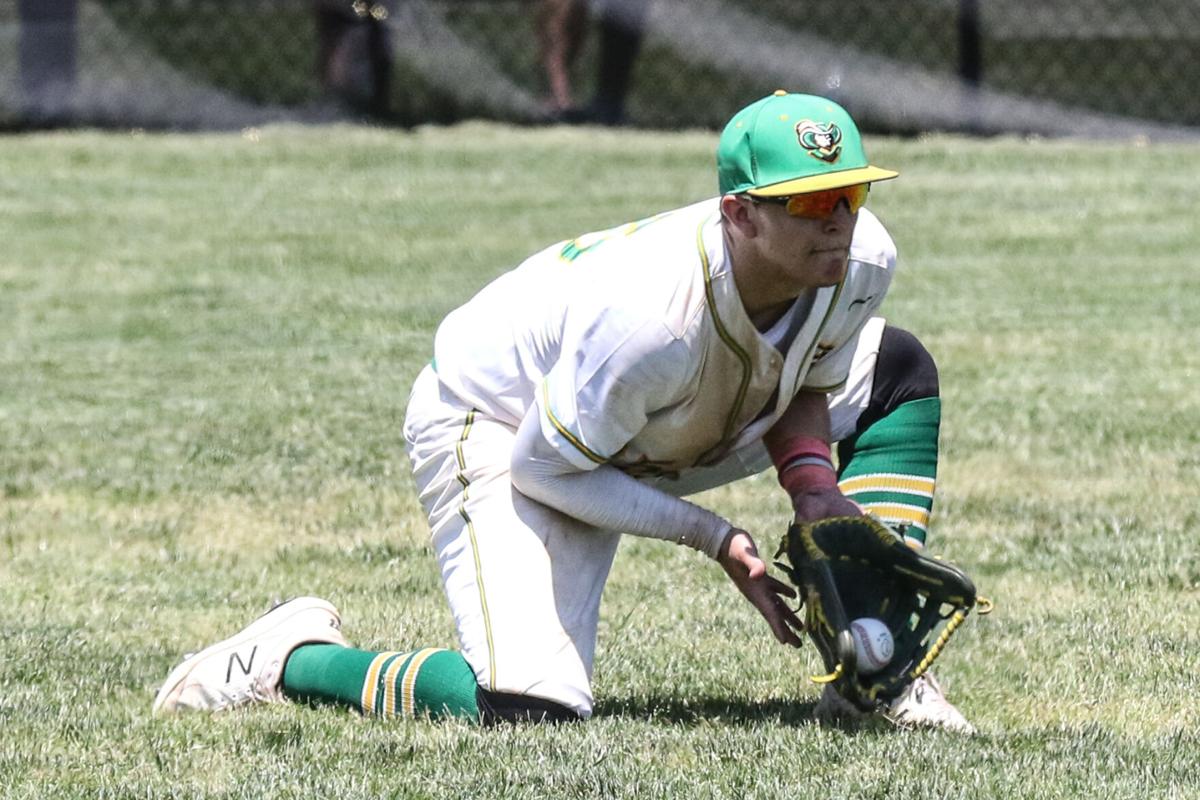 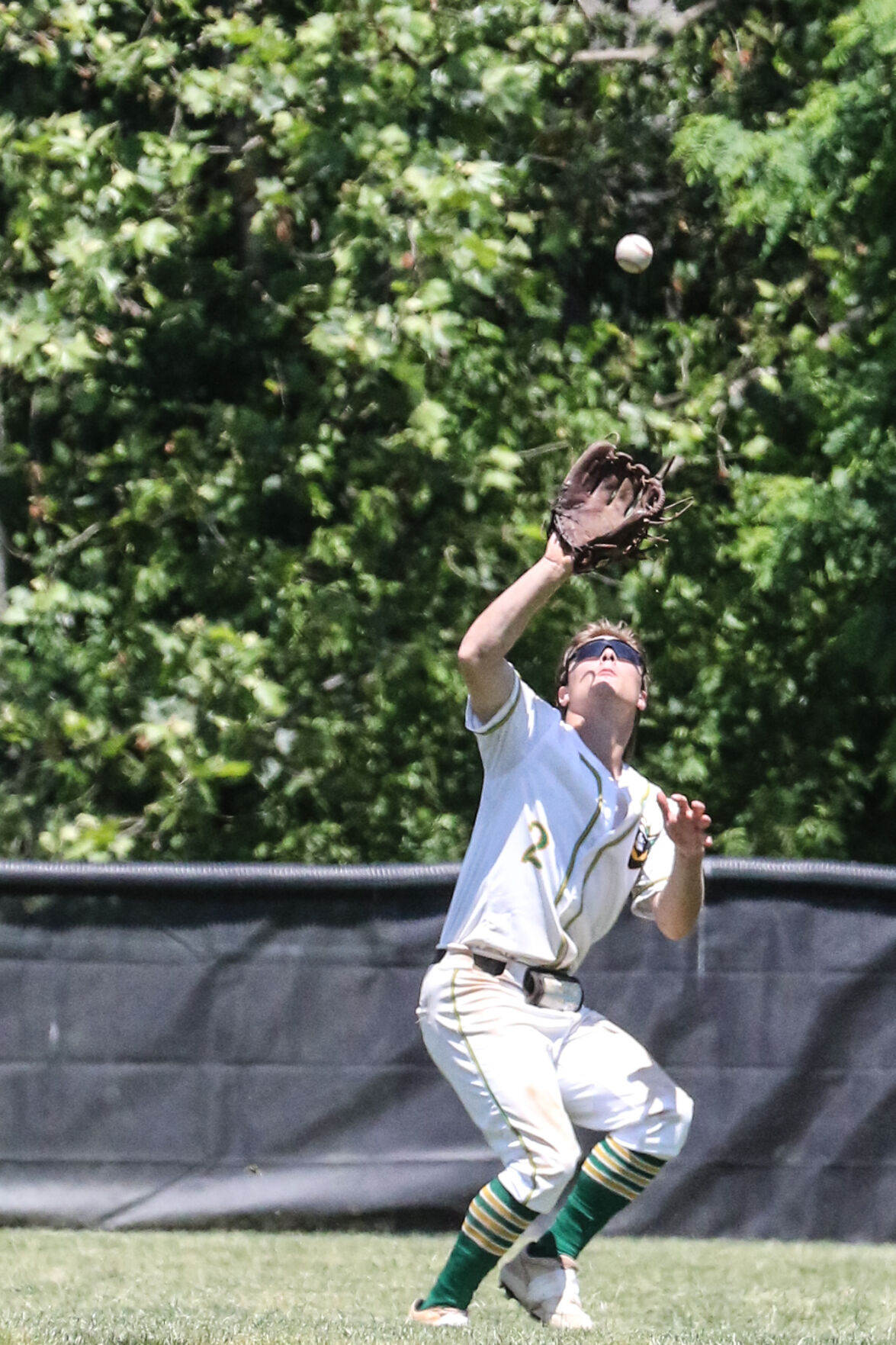 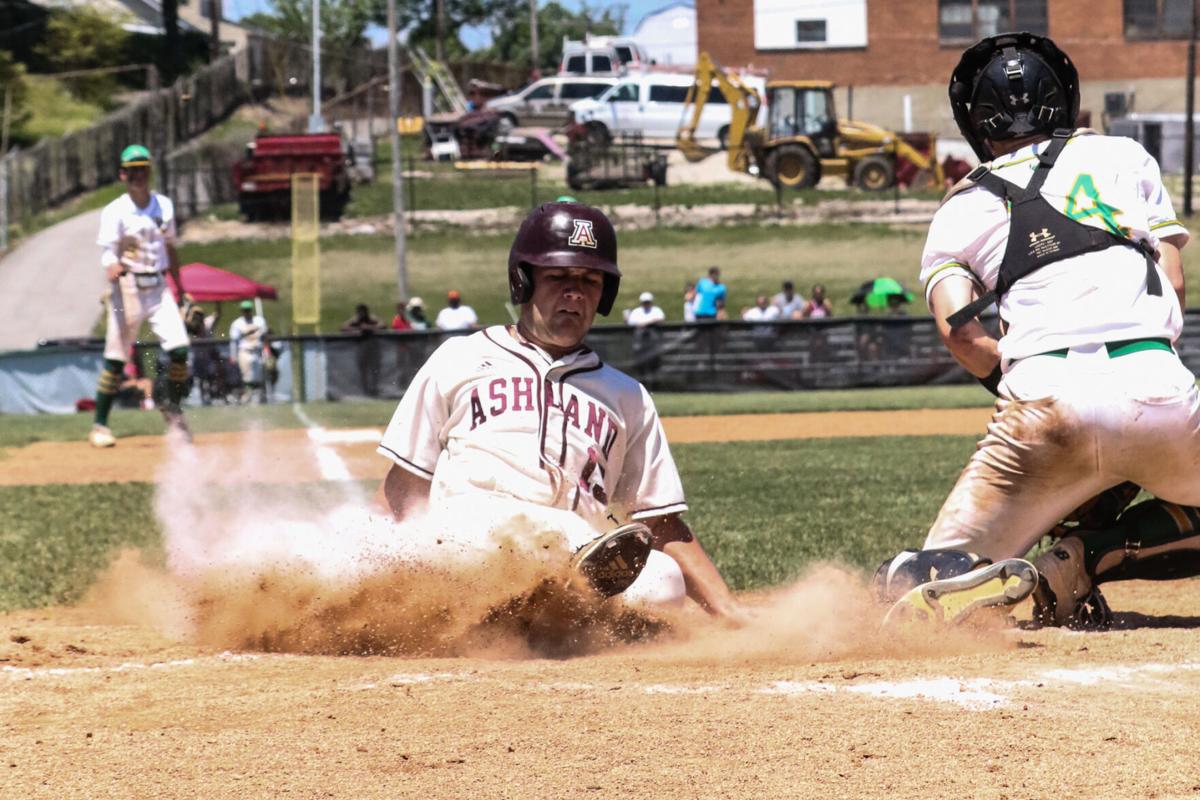 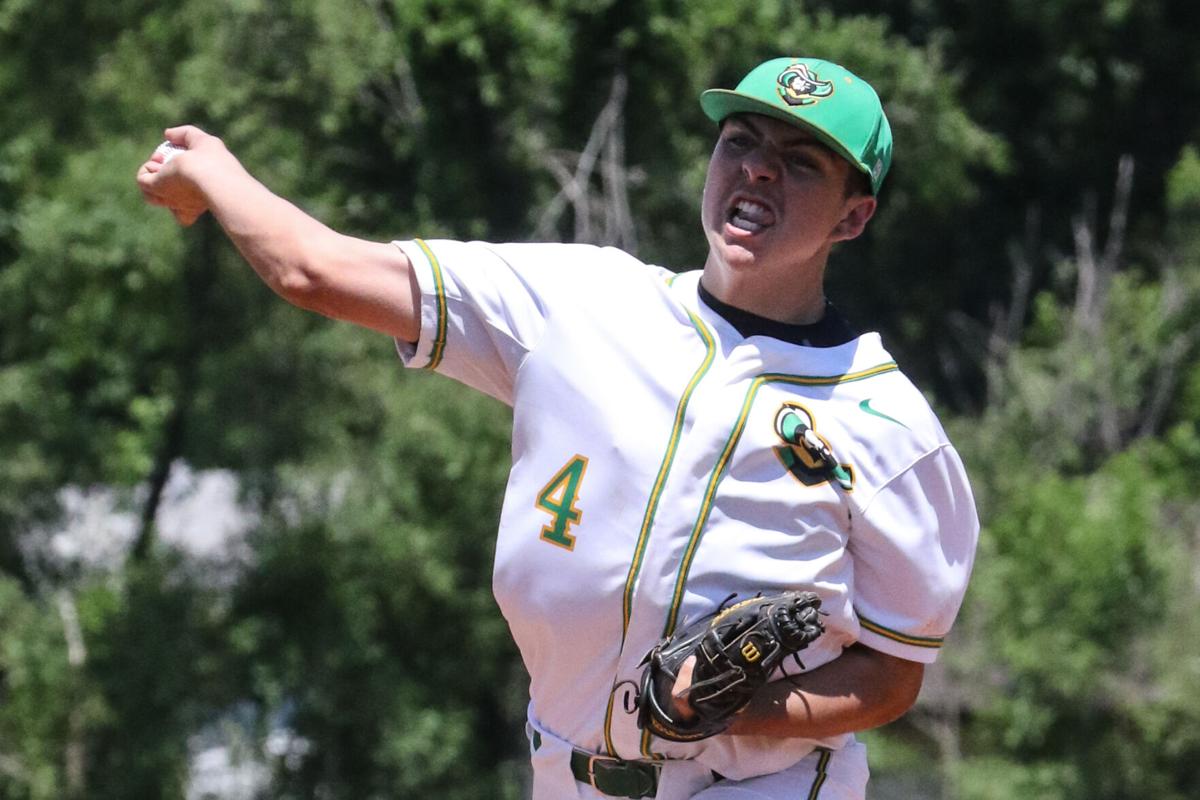 ASHLAND The first two innings of the 16th Region Tournament opener did not go well for the Ashland. Junior ace Ryan Adkins was roughed up for seven runs as the Greenup County brought their bats to Alumni Field.

The Tomcats (14-21) stayed the course with strong pitching from Asher Stevens in relief and timely hitting from Stevens, Eli Miller, and NeShawn Peppers to rally for 9-8 win to advance to Monday’s semifinals against East Carter.

Peppers led off the Tomcats first with walk and was promptly picked off pitcher Jonah Gibson. Right fielder Jake Heineman cracked a solo homer with one out to take a 1-0 lead.

Greenup County (18-20) came out smoking in the opening frame. Seventh-grader Bradley Adkins led off the game with a single and then the Musketeers used some two-out magic to plate five runs. Hunter Clevenger tripled down the right-field line to plate the Musketeers first run. Three consecutive singles by Brock Kitchen, Logan Bays, Jonah Gibson, and Cam Carroll produced four more runs and an early 5-1 lead. Adkins picked off a Greenup runner to end the inning.

The Musketeers could not handle prosperity. With one out, Gibson had trouble finding the plate. Two hit batsmen followed by two walks produced a Tomcat run. Cohen Underwood came on in relief and singles by Peppers and Miller along with Stevens’s sacrifice fly gave the Tomcats their first lead at 6-5. Underwood got a groundout to end the Ashland threat.

Musketeers coach Greg Logan was not happy with the inning.

“That inning we gave up walks or hit batters to their 6-9 hitters,” Logan said. “It is hard to compete at this stage of the season when you allow eight batters on the bases without hitting the ball. It really changed the game.“

Hot-hitting Matthew Boggs led off the second inning with a single and came around to score on a two-base error on a grounder by Austin Clarkson. Carson Wireman followed with a single to move Clarkson to third and a Brock Kitchen sacrifice fly gave the 63rd District champions the lead back at 7-6.

Stevens replaced Adkins to start the third and he was greeted with a one-out homer by Underwood to extend the Greenup lead to 8-6. Stevens then settled down and did not allow another run in five innings of work.

“In my mind, I just said stay composed and keep on throwing and good things will happen,” said a happy Stevens. “If you are consistent in the strike zone and make them, put the ball in play, you let your defense make some plays. It wasn’t pretty but we survived, and we are moving on.”

“Asher Stevens is our guy,” Yongue said. “He has battled back and is finally healthy. His mentality is exactly what our team needs. “

The game settled down over the final five innings. Underwood gave up only one run in his five innings of work. Stevens roped a double to scored Heineman from first but was cut down trying to advance to third on the throw to the plate by Bays. The Musketeers led 8-7 after five innings of play.

Greenup threatened in the sixth as Clarkson drew a lead-off walk and advanced to second on a passed ball. Stevens then picked him off second to erase a potential run. It proved to be a big play as Clevenger lined a single to left field later in the inning.

“I know the kids gave their best today,” Logan said. “It is unfortunate that it ends. We compounded our own mistakes. We played that United States Federal Government baseball by just giving runs away on the bases and on the mound. “

Logan handed the ball to ace Wireman to close out the game. The Tomcats had different ideas.

Following a Peppers fly out, Miller ignited the Tomcats winning rally with a single. The Musketeers, who played error-free baseball through six innings, made their first miscue.

Wireman’s pickoff throw was wild, and Miller moved to second base. Greenup elected to intentional walk the power hitting Heineman. Stevens was the inning’s second out as Gibson made a solid play on his slow roller to second.

The runners moved to second and third with the Tomcats down to their final out. Ryan Brown rapped a ground ball to shortstop and ball eluded the Musketeer fielder for an error to plate two runs for a 9-8 Tomcat lead. Wireman got a strikeout to end the inning.

Yongue loved the Tomcats rally in the seventh.

“We played a tough schedule for a reason,” Yongue said. “We have improved our mental toughness and I think that showed today. We had our ups and downs and didn’t play a clean game today. But we battled in the last inning even though NeShawn didn’t get on base and came through with the two big runs we needed. "

Stevens overcame a Tomcats infield error to open the inning by inducing Gibson into a 1-6-3 double play. He then induced a ground ball to Brown at shortstop to seal the Tomcat win.

Wireman led the Musketeers with two hits along with Clevenger, who reached base four times in the game.

Logan still was upbeat about his young Musketeers finished the season.

“I was proud of how we competed in the district tournament,” Logan said. “For us to go to Raceland and beat Russell and Raceland, that was a great feat. It is tough to lose the way we did today. It will sting for quite a while.”

Yongue is excited to be in the region semifinals.

“It is going to have to continue to be a team effort,” Yongue said. “We have some things we need to clean up. But hey we are playing on Monday, which is all you can ask for.”