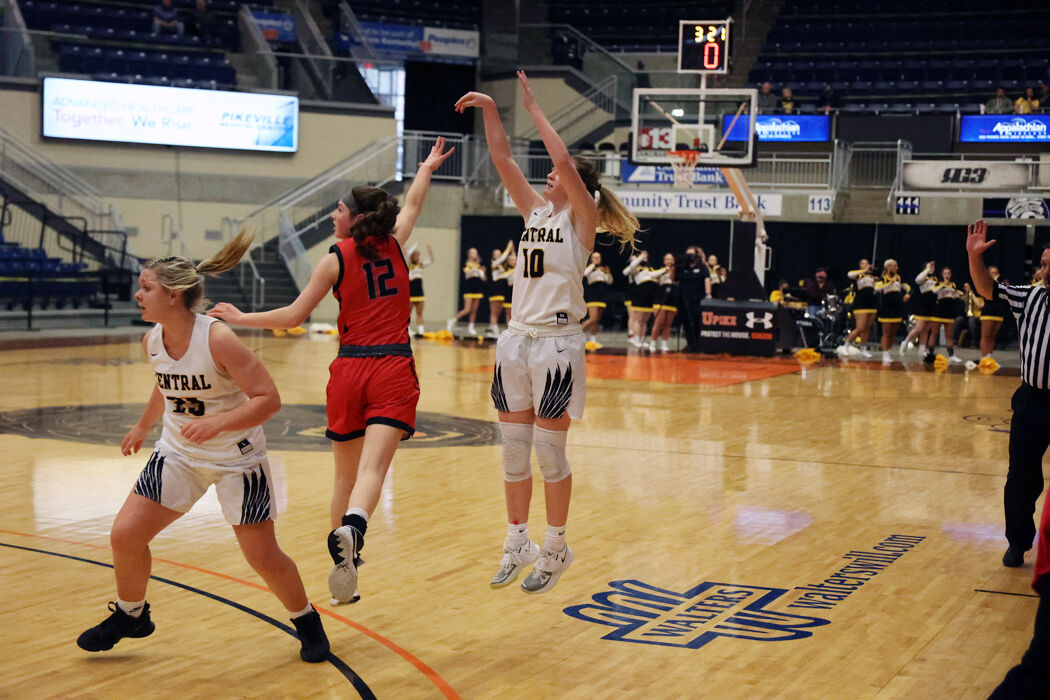 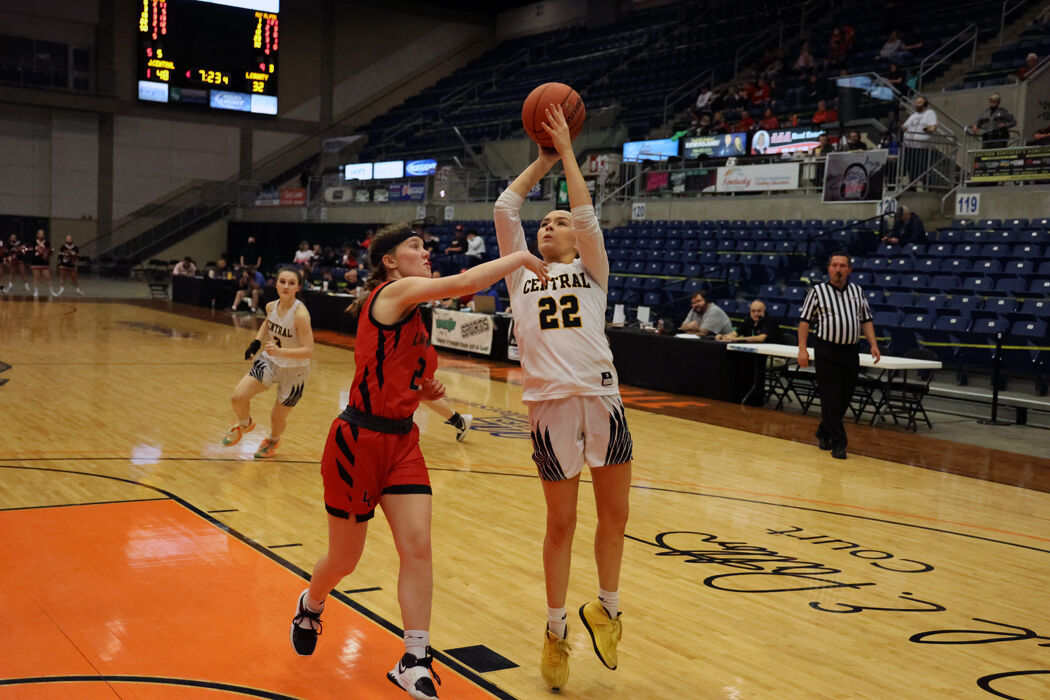 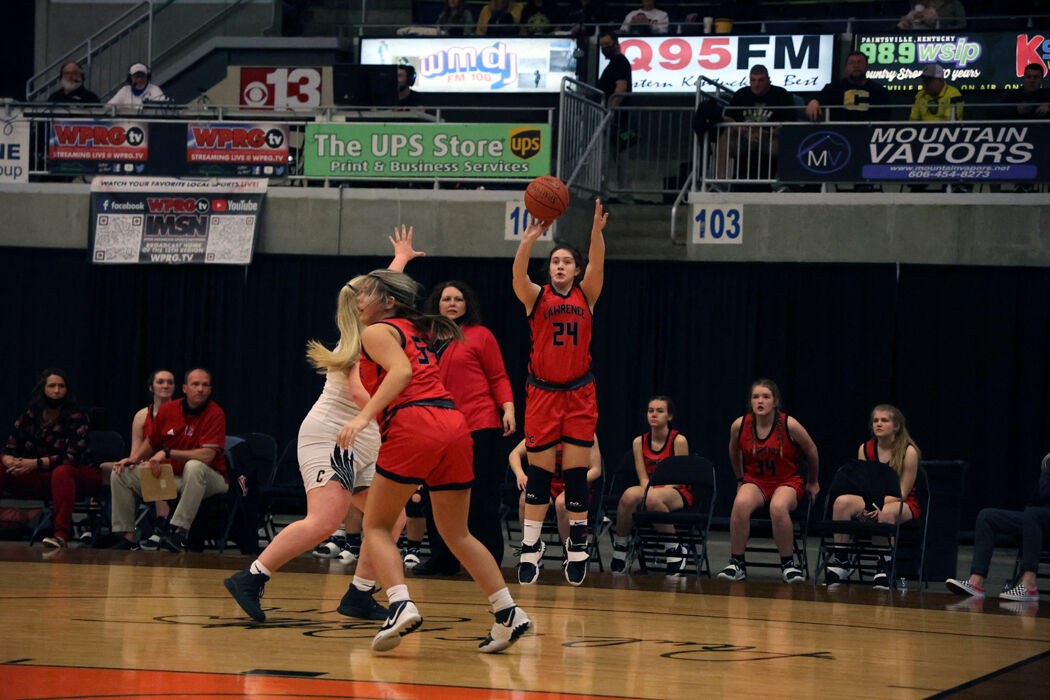 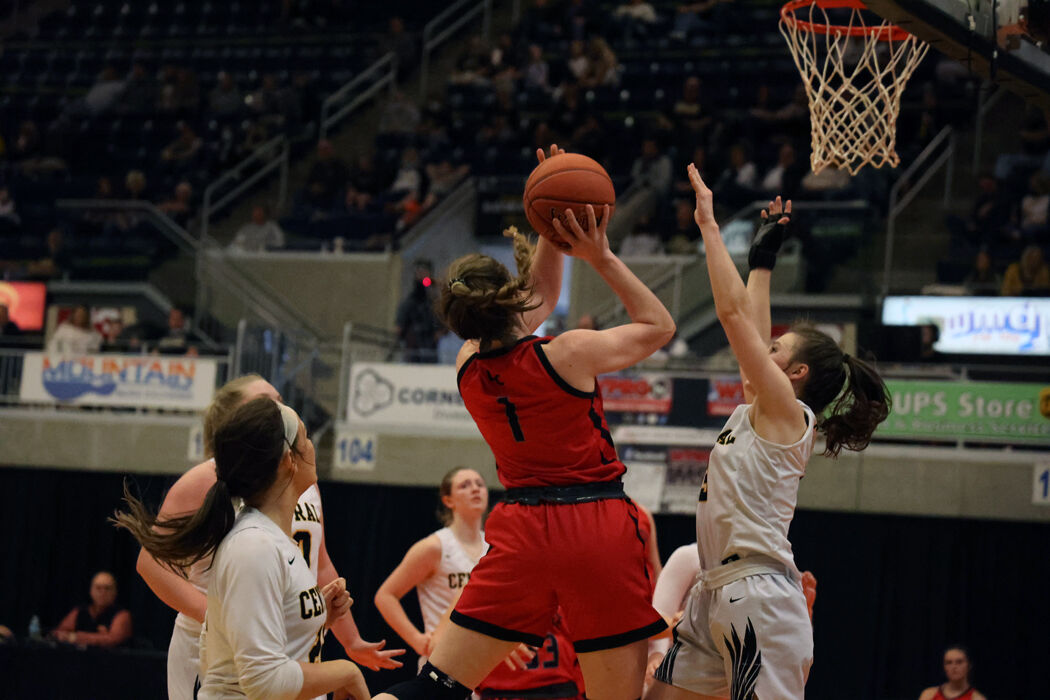 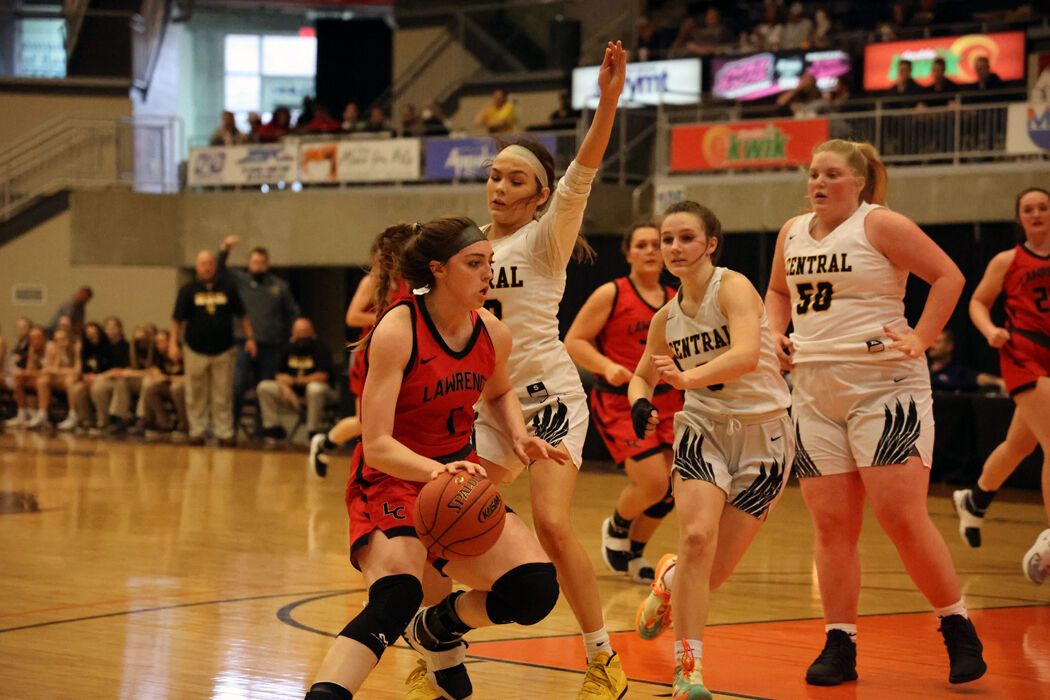 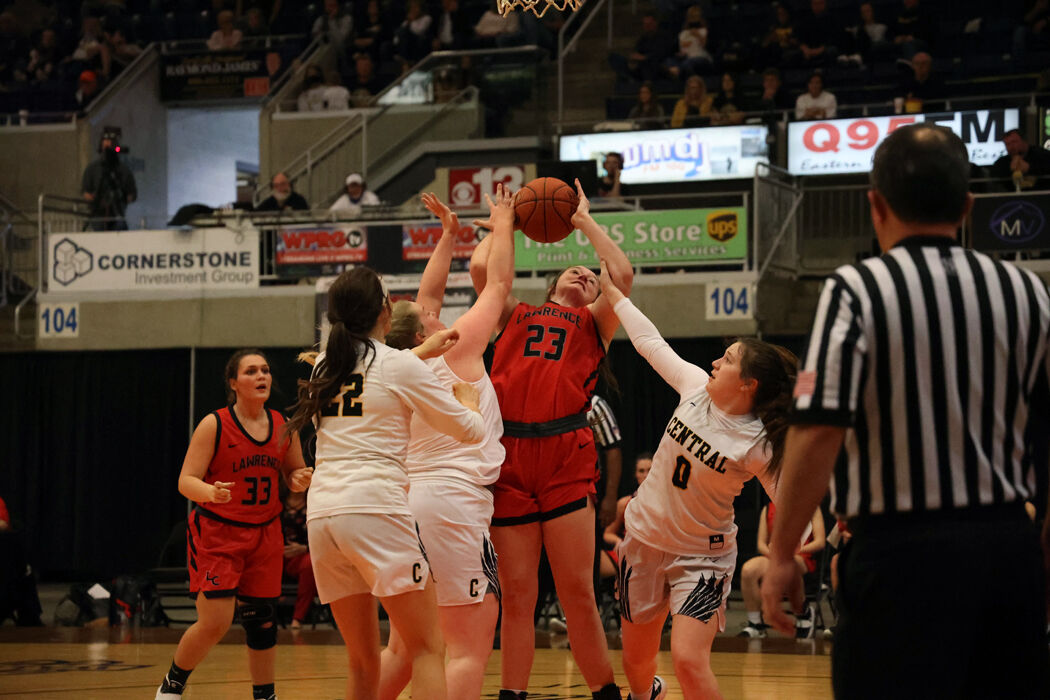 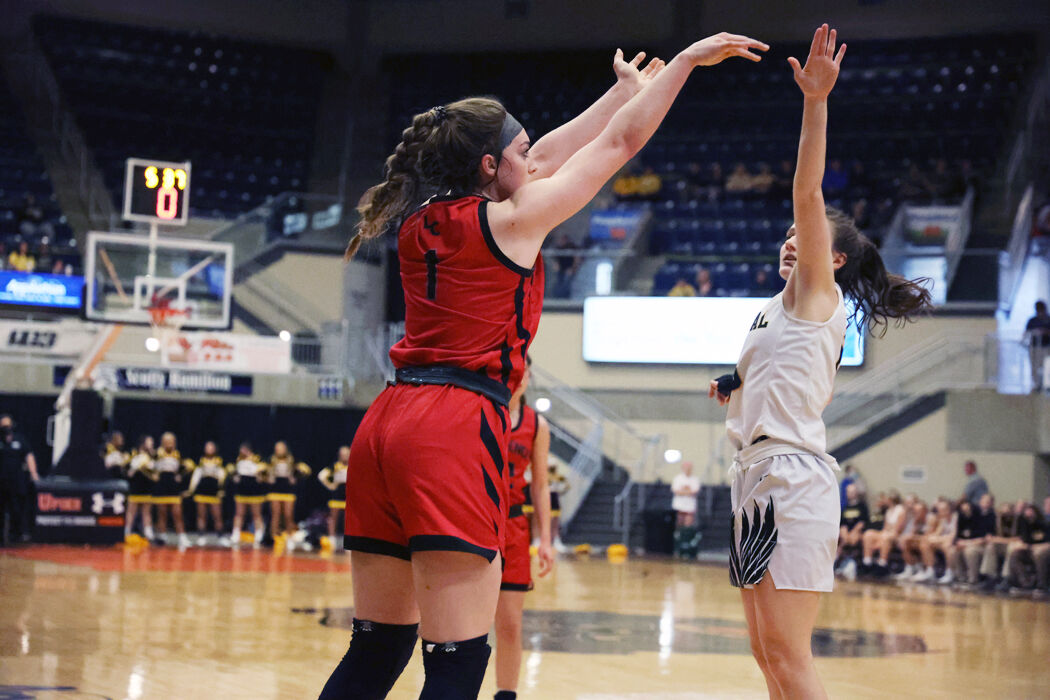 Lawrence County launches a shot from downtown on Saturday. 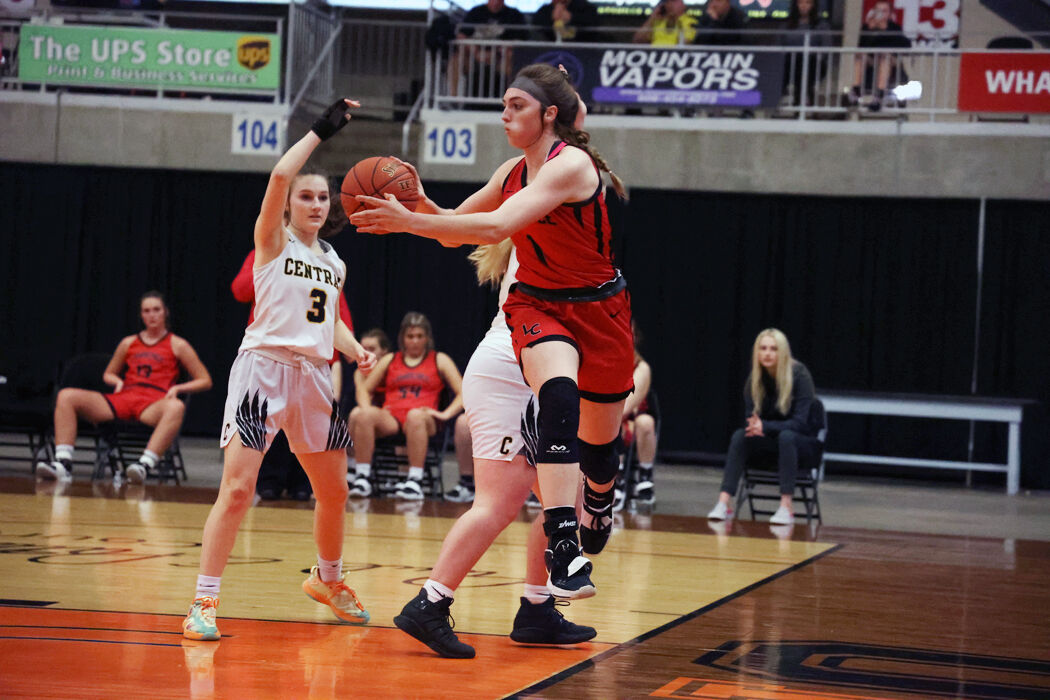 Lawrence County's Kensley Feltner tries to dish to a teammate before she goes out of bounds on Saturday. 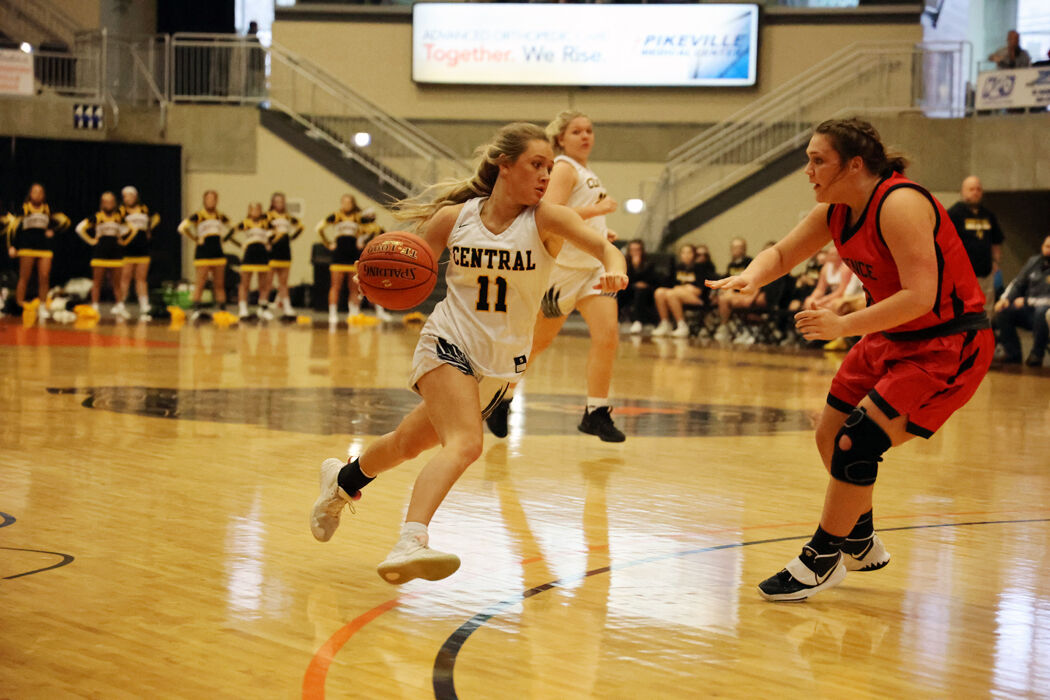 Johnson Central's Becca Wright attempts to drive past her defender on Saturday. 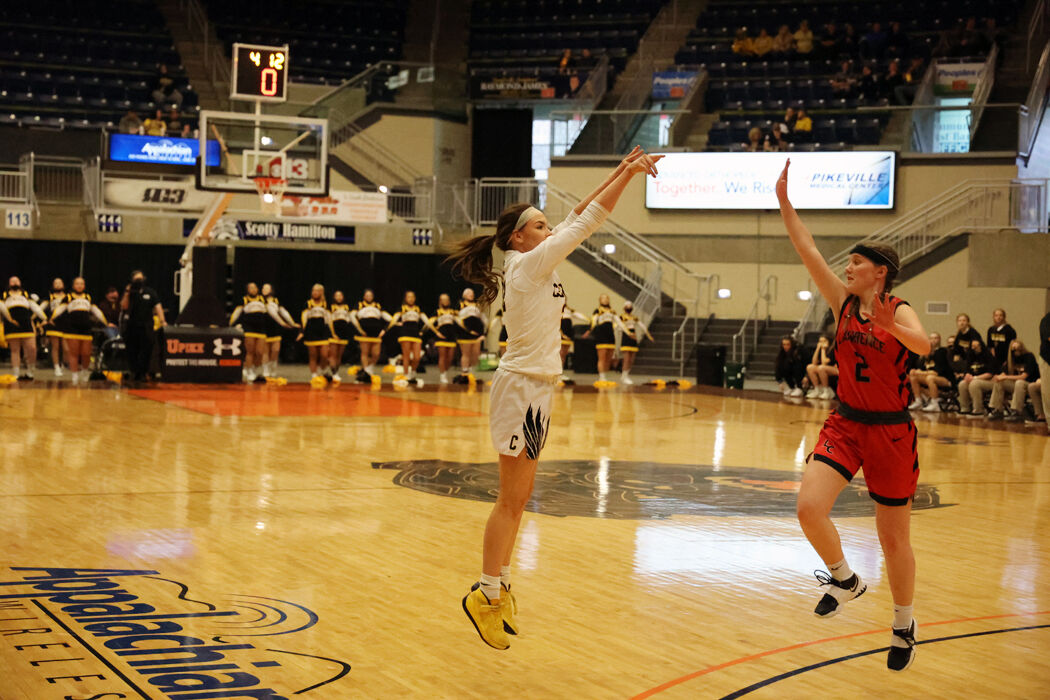 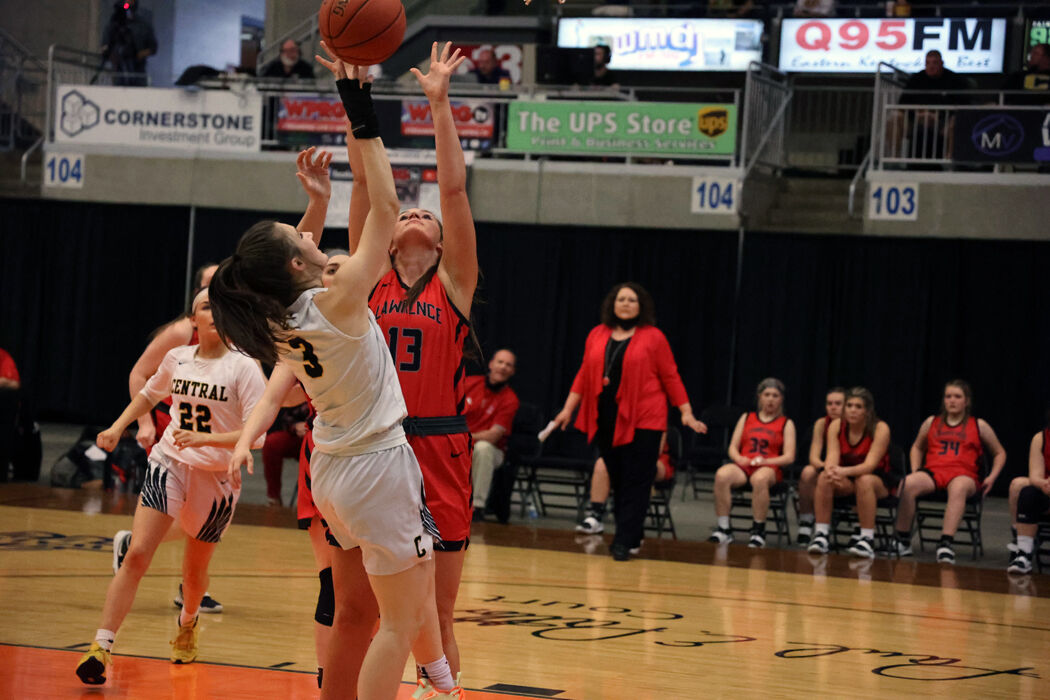 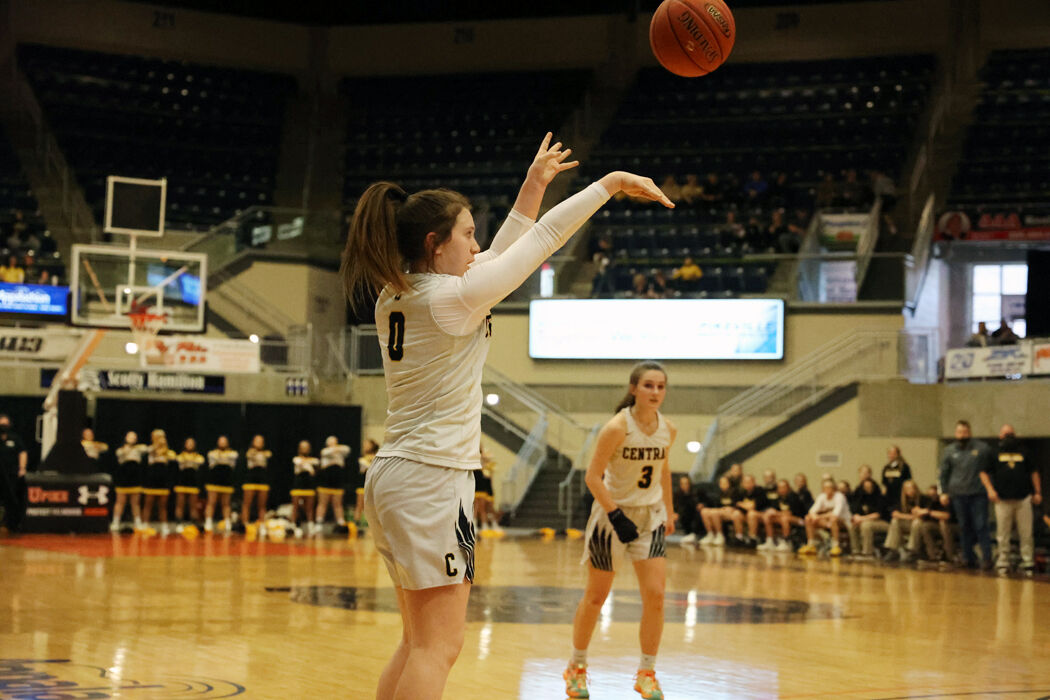 Lawrence County's Taylor Mckenzie releases from behind the arc on Saturday. 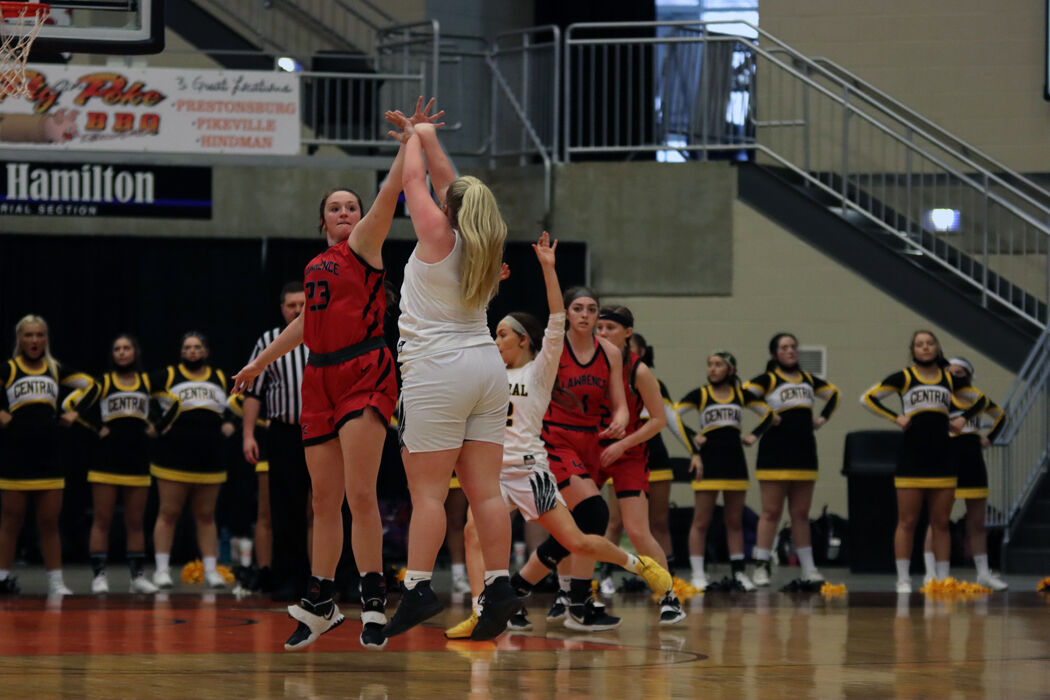 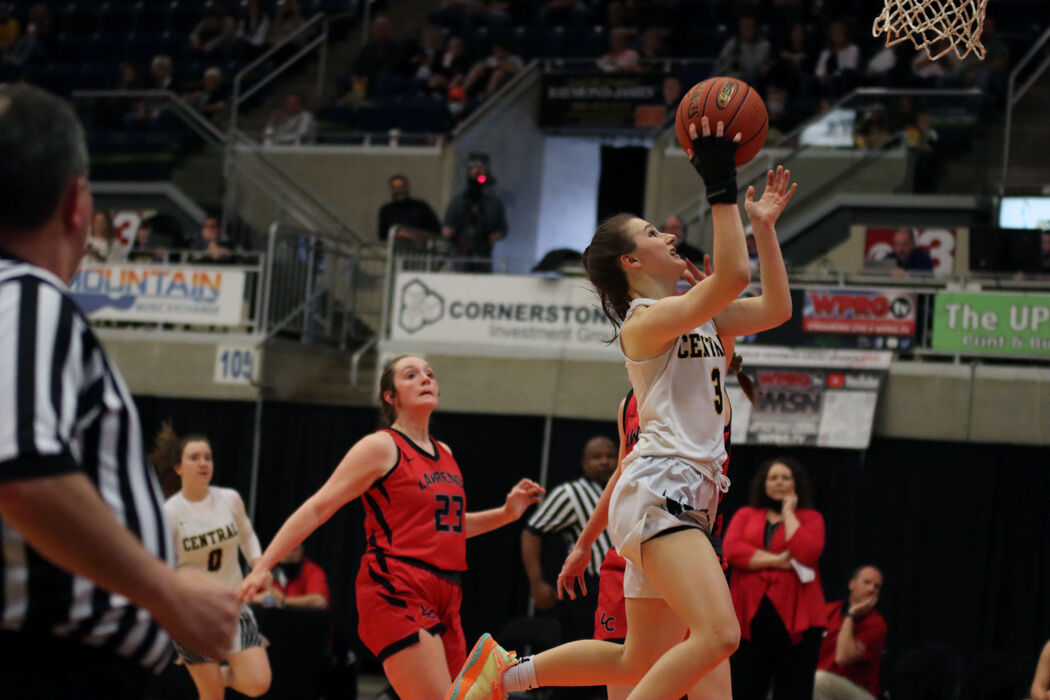 Lawrence County launches a shot from downtown on Saturday.

Lawrence County's Kensley Feltner tries to dish to a teammate before she goes out of bounds on Saturday.

Johnson Central's Becca Wright attempts to drive past her defender on Saturday.

Lawrence County's Taylor Mckenzie releases from behind the arc on Saturday.

PIKEVILLE In every game, Johnson Central’s cast of characters provide a twist.

Senior Sammi Sites scored a team-high 19 points, but she was only one of twist and turns that landed the Lady Eagles in the 15th Region title game with a 64-49 win over Lawrence County on Saturday at Appalachian Wireless Arena.

Sites, one of the state’s leading free-throw shooters, hit 8 of 9 from the line and added five rebounds.

“This was a total team effort,” said Sites. “This season has just been difficult. It’s weird. The arena doesn’t have the atmosphere of a normal tournament, but we are so thrilled to have the opportunity to play, especially for me and Kelci [Blair].”

Freshman Taylor McKenzie scored 11 points — all in the first quarter. But it was sophomore Kailyn “KK” Vannoy that provided the biggest spark. She tallied 18 points, 13 more than her season average.

In the first half, Rice had four freshman and junior on the floor after Kelci Blair, Sites, and Vannoy got into foul trouble.

“I’m really pleased with how our kids played, especially our young kids in such a big game,” Johnson Central coach Darrin Rice said. “Our defense led to offensive opportunities, and we just did what teams do in the regional tournament... we did what we needed to do to win.”

Lawrence County, behind the play of sophomore sensation Kensley Feltner, got as close as 11 at 53-22 with 3:33 left in the game.

Feltner, the state’s third leading scorer averaging 28 points per game, finished with a game-high 31 points and 13 rebounds. Freshman Kaison Ward, who had 22 points in Lawrence County’s 82-67 win over Pike Central in the opening round, was held to three points.

Johnson Central shot 47 percent from the floor on 18-of-38 attempts, including 7 of 17 (41 percent) from behind the arc. They only had nine turnovers compared to Lawrence County’s 17.

The Lady Eagles will play Pikeville, the defending back-to-back 15th Region champions, for a slot in the Sweet Sixteen on Monday at 7 p.m.

The two teams did not meet in the regular season.

“Pikeville is a very good team, and we have been close to one another in the RPI rankings all year,” said Rice. “They really have a little bit of everything. We are going to break down some film and let our players put it on the line.”