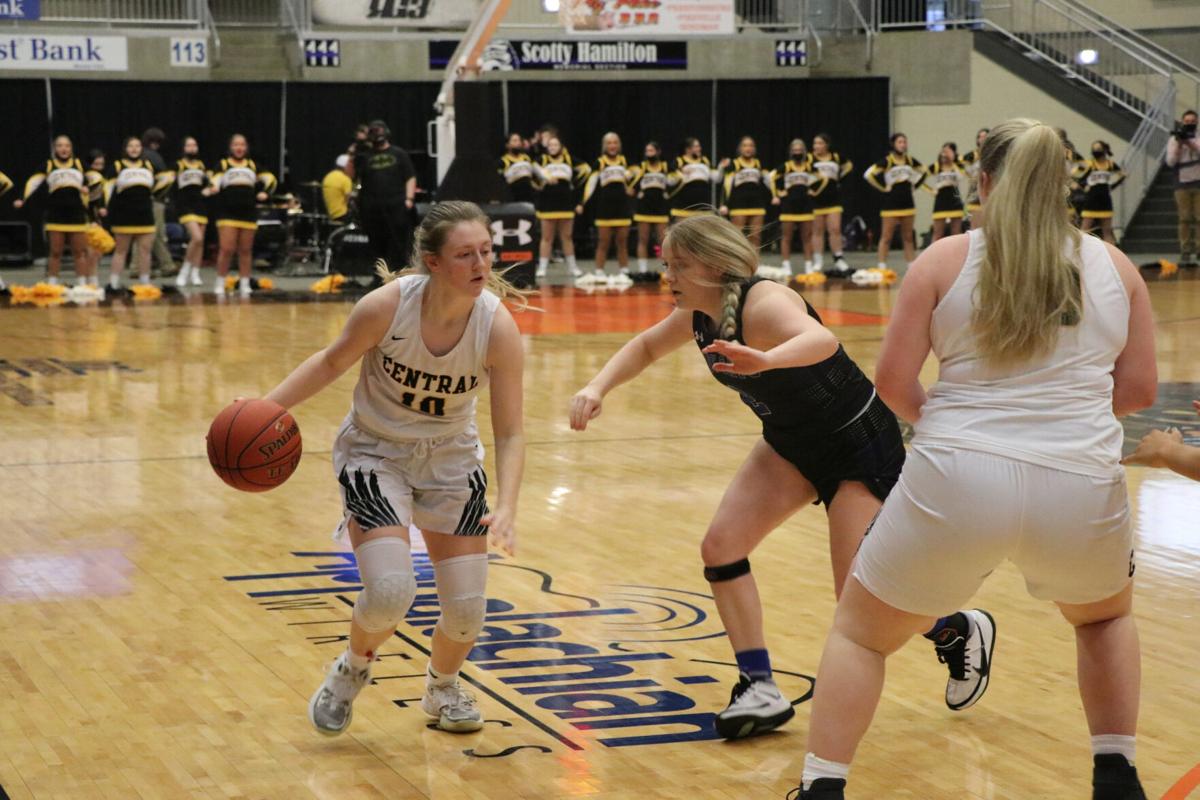 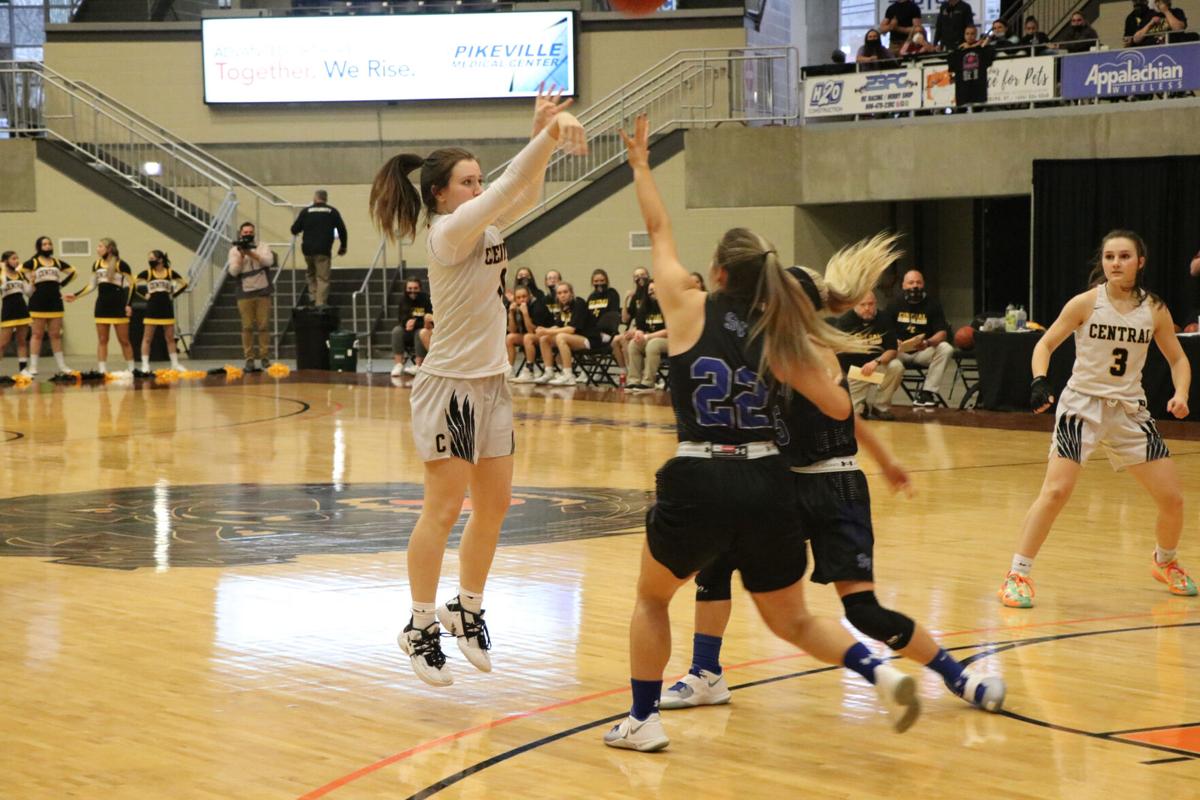 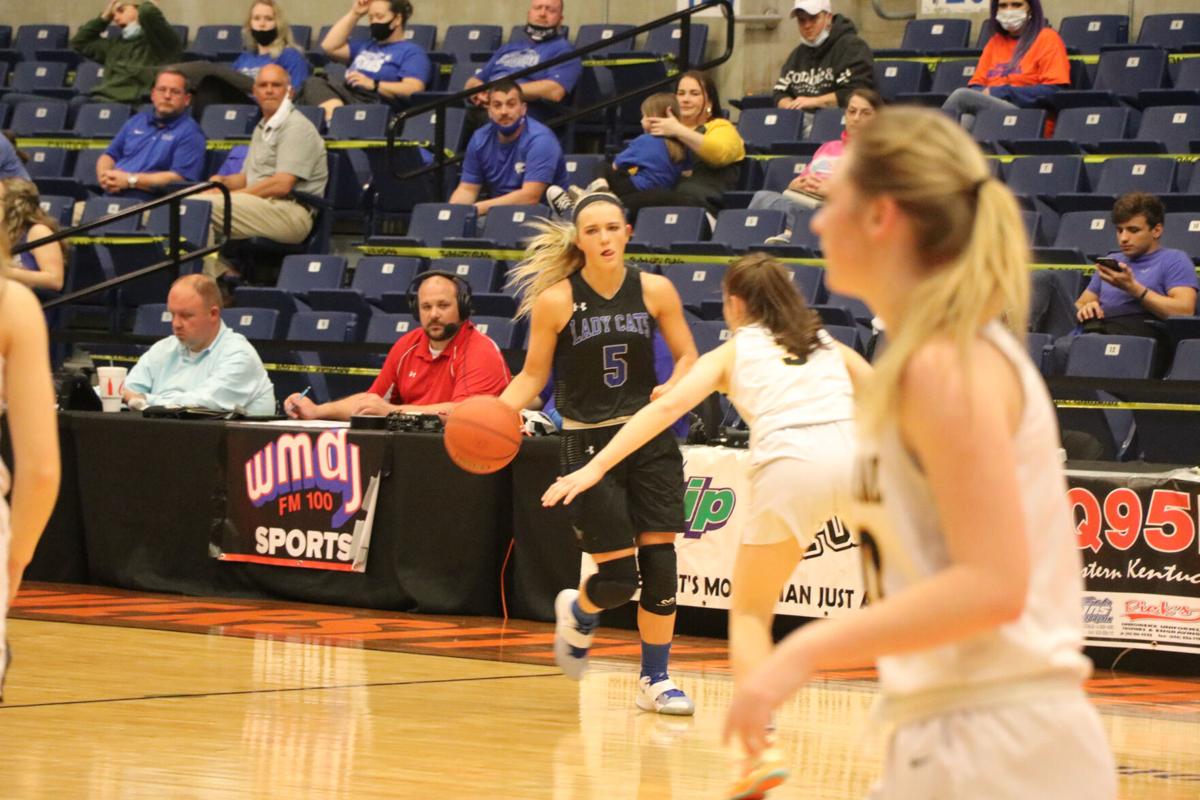 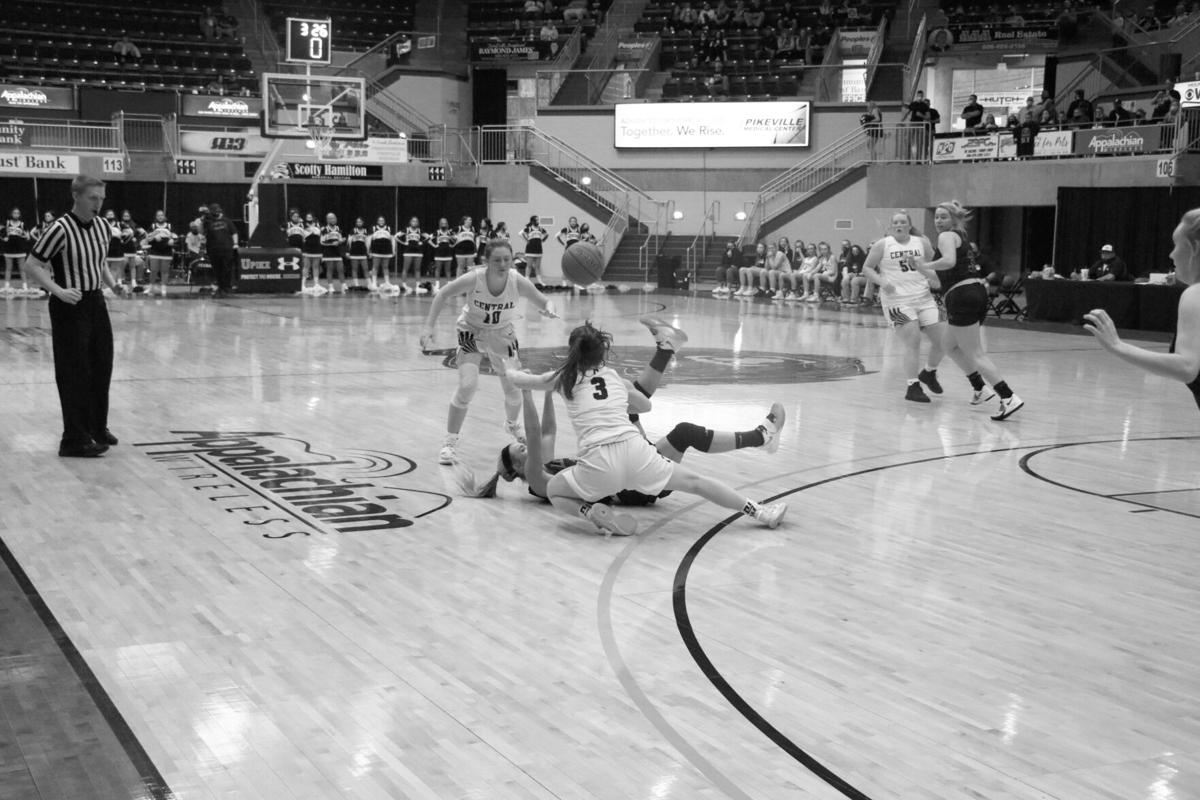 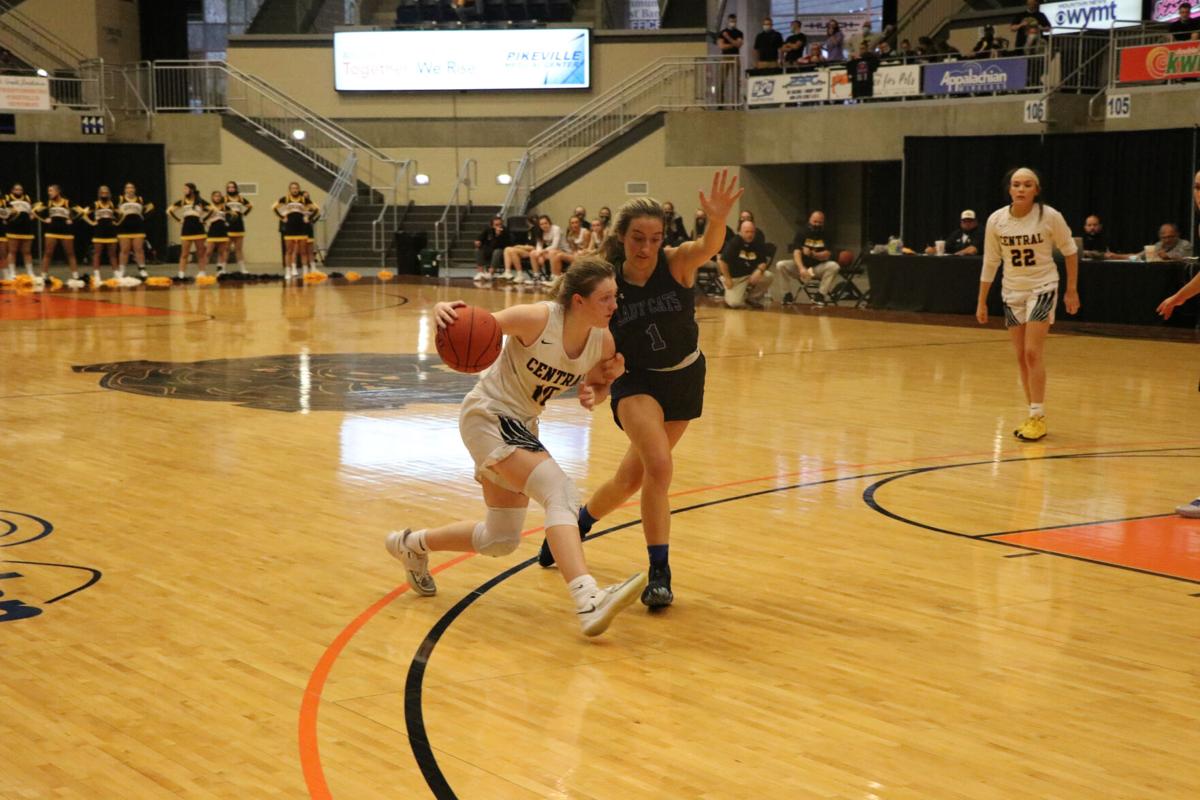 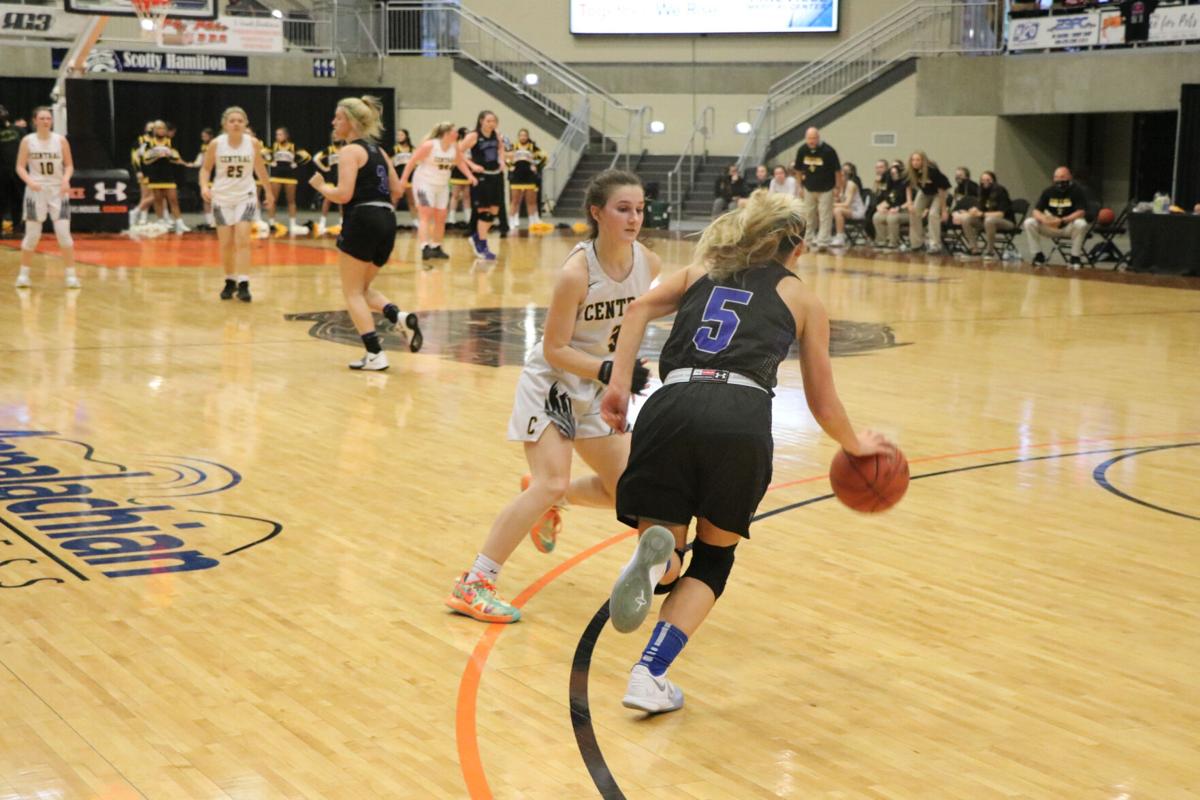 The Lady Eagles used solid 3-point shooting, stellar defense and senior leadership to notch a 50-39 win over Shelby Valley in the quarterfinals of the 15th Region Tournament at Appalachian Wireless Arena.

“When we take good 3s, we are a good team,” Johnson Central coach Darrin Rice said. “We not only shot the ball well tonight, but we took good shots. That was the difference.”

The Lady Eagles, who won their sixth straight game, scored their first 12 points from behind the arc.  It set the tone, and they didn’t let up. They finished the game hitting 59% from 3-point range on 10 of 17 attempts.

Johnson Central’s largest lead came after senior Sammi Sites’s 3-pointer extended the lead to 37-24 with 3:23 left in the third quarter. Sites shared team-high scoring honors with junior Clara Blair, who hit 4 of 7 from behind the arc.

“Shelby Valley is a good team, and they are well-coached,” Rice said.

Rice said the senior leadership of Sites and Kelci Blair was a huge difference in a tournament and season that has been all but normal.

“This was really the first time we have been in a situation like this, given the season we had,” Rice said. “It’s the tournament, but the situation is a bit different. Sammi and Kelci helped to set the tone and our team followed.”

“Kelci is one of the most under-rated defensive players in the state,” he said. “She plays extremely well on both sides of the ball, handles the ball well and leads us defensively.”

Johnson Central (21-4), the 57th District champion, will battle Lawrence County in the semifinal round at 4 p.m. on Saturday.

“We’ll enjoy this, but we have worked to prepare for Lawrence County,” Rice said. “We’ll break down some film and get our team prepared for the next round.”

Junior Alyssa Elswick led Shelby Valley with 12 points.  The Lady Kats connected on 16-of-23 attempts from the floor (43 percent), including 4 of 14 from three-point range.