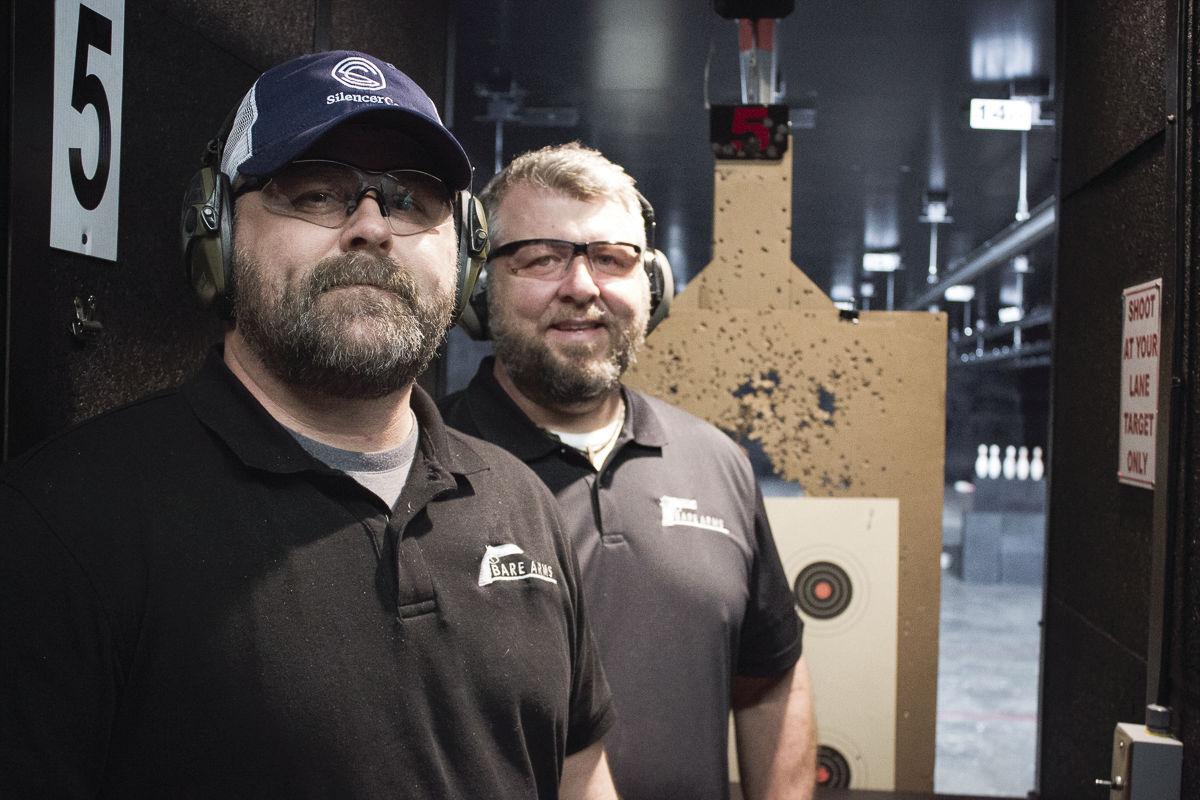 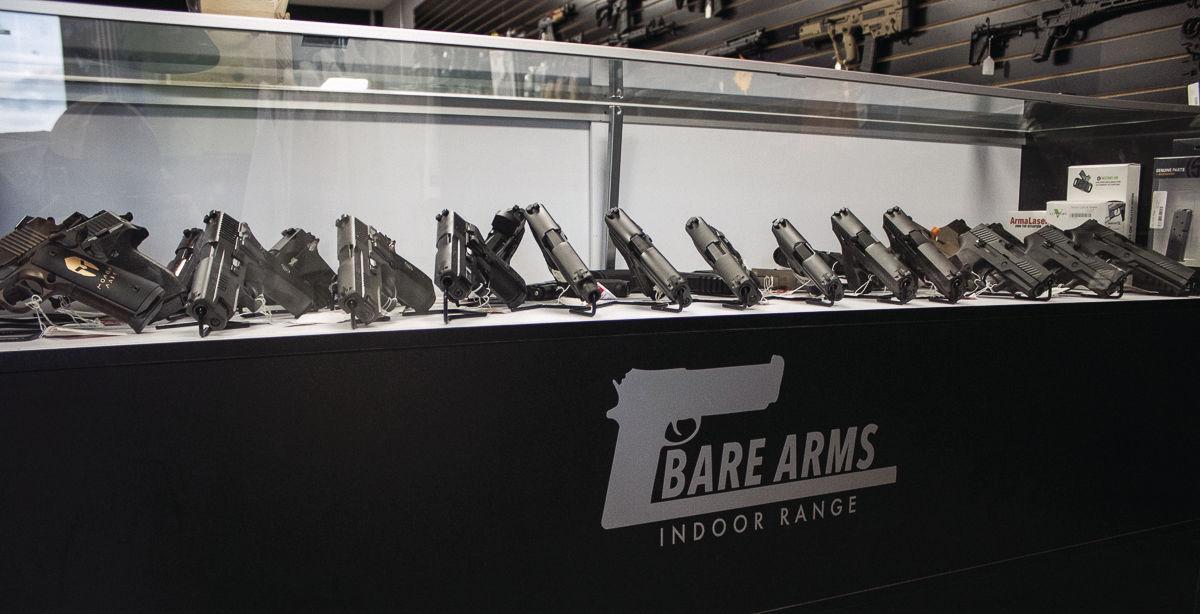 Bare Arms Indoor Range has had local gun enthusiasts buzzing since it opened in October.

Bare Arms Indoor Range has had local gun enthusiasts buzzing since it opened in October.

ASHLAND Two former Ashland police lieutenants banked their retirement on a gun range, and their new business venture is off to a bang.

“We’re drawing in people from Huntington, Charleston, all over the region — and beyond,” said Crawford.

Bare, who designed the building near the intersection of 35th Street and Winchester Avenue, said he’s been overwhelmed by the growth of and support for the five-month-old business. Crawford said the business’ popularity “has far exceeded” expectations, and believes “the community is behind us.”

Bare and Crawford met in the military. Both are Air Force Desert Storm veterans who served the City of Ashland for a combined 32 years after serving the country. After their time in the military, Bare urged Crawford to apply with the Ashland Police Department around 1996.

“That’s how I ended up here,” said Crawford, who is from northern Ohio.

Both men rose to the rank of lieutenant during their time in the department. They worked different shifts. Crawford was working the evenings when Bare approached him about starting a business.

Retiring from the department early would mean forfeiting thousands of additional dollars. But Crawford hopped aboard and the business plans moved forward.

After about six months of coordinating with city zoning, the men’s business venture received the OK from the Ashland Board of City Commissioners last year.

Bare said he hired local contractors to build the two-story 5,000 square foot facility. The business in October, and was firing on all cylinders immediately. So much so, that Bare and Crawford had to hire extra staff, and now employ 11 workers.

Bare said Bare Arms’ early success is not just a positive for the business, but the entire city. “We’ve brought in tourism the Tri-State doesn’t normally see,” he said.

He’s right. Gun stores are prevalent in the region, but places to indoor are places to fire guns in are not commonplace. Boyd County actually added two gun ranges last year, Bare Arms and the Boyd County Indoor Gun Range in the Paul Coffey Industrial Park.

In addition to providing a place to practice, Bare Arms offers classes on gun safety, which Bare said is the business’ main focus. It also offers concealed carry classes for residents of the Tri-State, and hold special events each week, such as league night, ladies night, youth events and weekend competitions.

“We’re glad to be here, and we’re thankful for the support of the neighborhood and community,” said Bare.