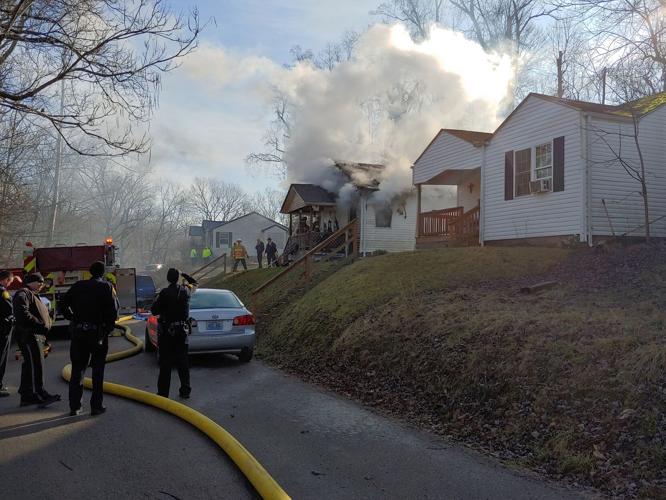 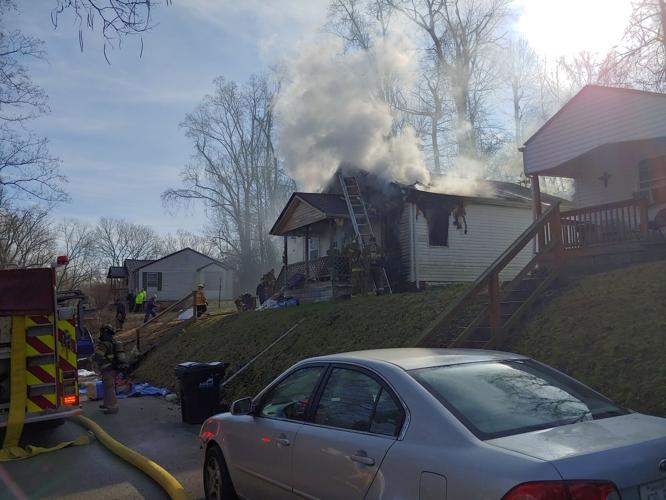 Crews paper to make entry into the attic to combat flames at a fire in the 1600 block of Poplar Street Tuesday morning in Ashland.

Crews paper to make entry into the attic to combat flames at a fire in the 1600 block of Poplar Street Tuesday morning in Ashland.

The fire in the 1600 block of Poplar Street was reported by a neighbor. While initial reports included the screams of children inside, firefighters quickly determined no human being was in the house.

Within the a matter of minutes, smoke rolled from the single-story home as crews from Ashland Fire Department battled the blaze.

Attempts at rescuing the cats were performed, but to no avail. A dog inside a crate also perished.

As crews made incisions into the home to spray water inside, a woman living at the house ran up to the scene — she hurried straight from work after her neighbor called her.

The woman attempted to call her partner, but to no avail. Highly upset with tears streaming down her face, the woman confirmed no one was inside, except the pets.

Walking up the neighbor’s steps, she nearly fell with grief.

In a strange turn of events, it turns out the man of the house works for a contracting company that was doing work at Assistant Fire Chief Steve Alley’s house at that very moment.

He arrived on scene, screaming expletives at the scene.

After surveying the scene and calming down, he provided information to Alley. Without a place to sleep now, Alley provided them a contact for resources.

After roughly 45 minutes, the fire was under control.