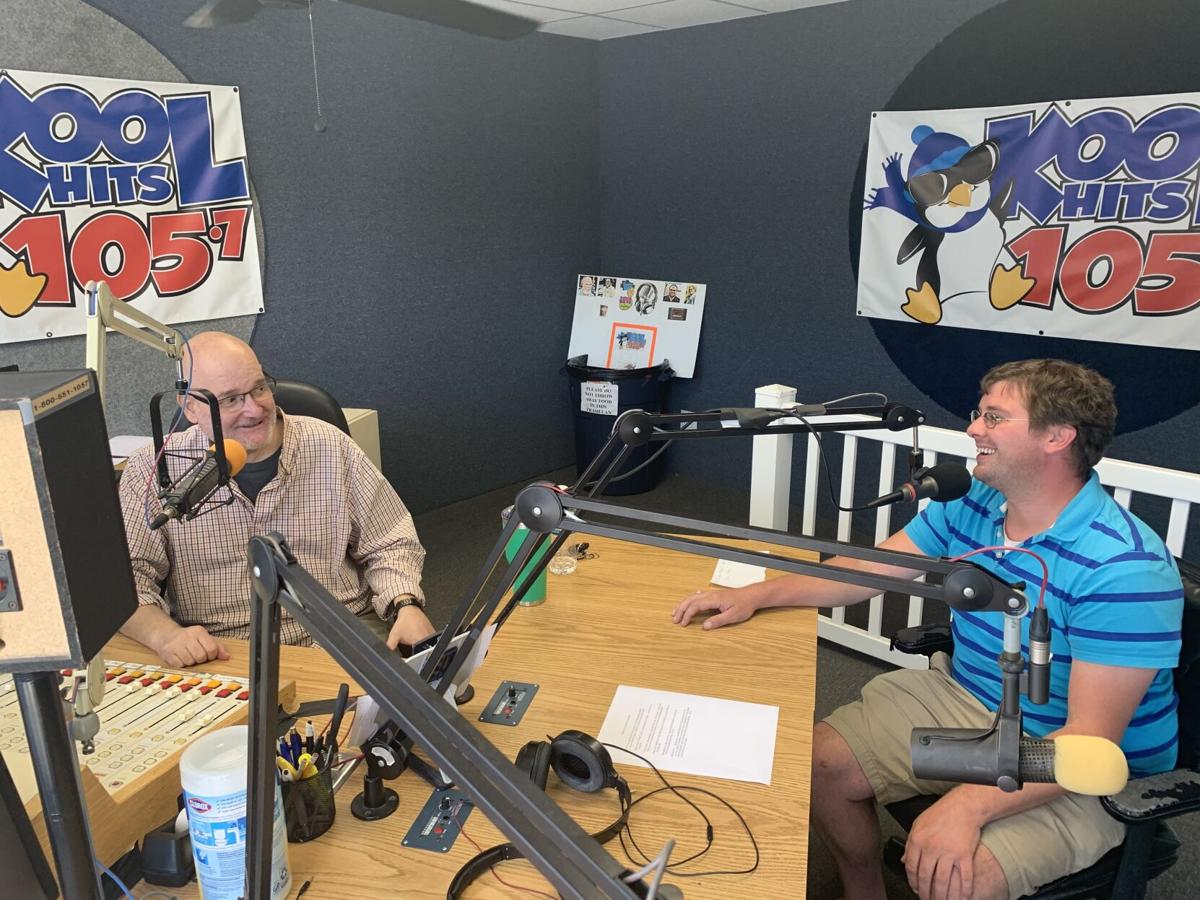 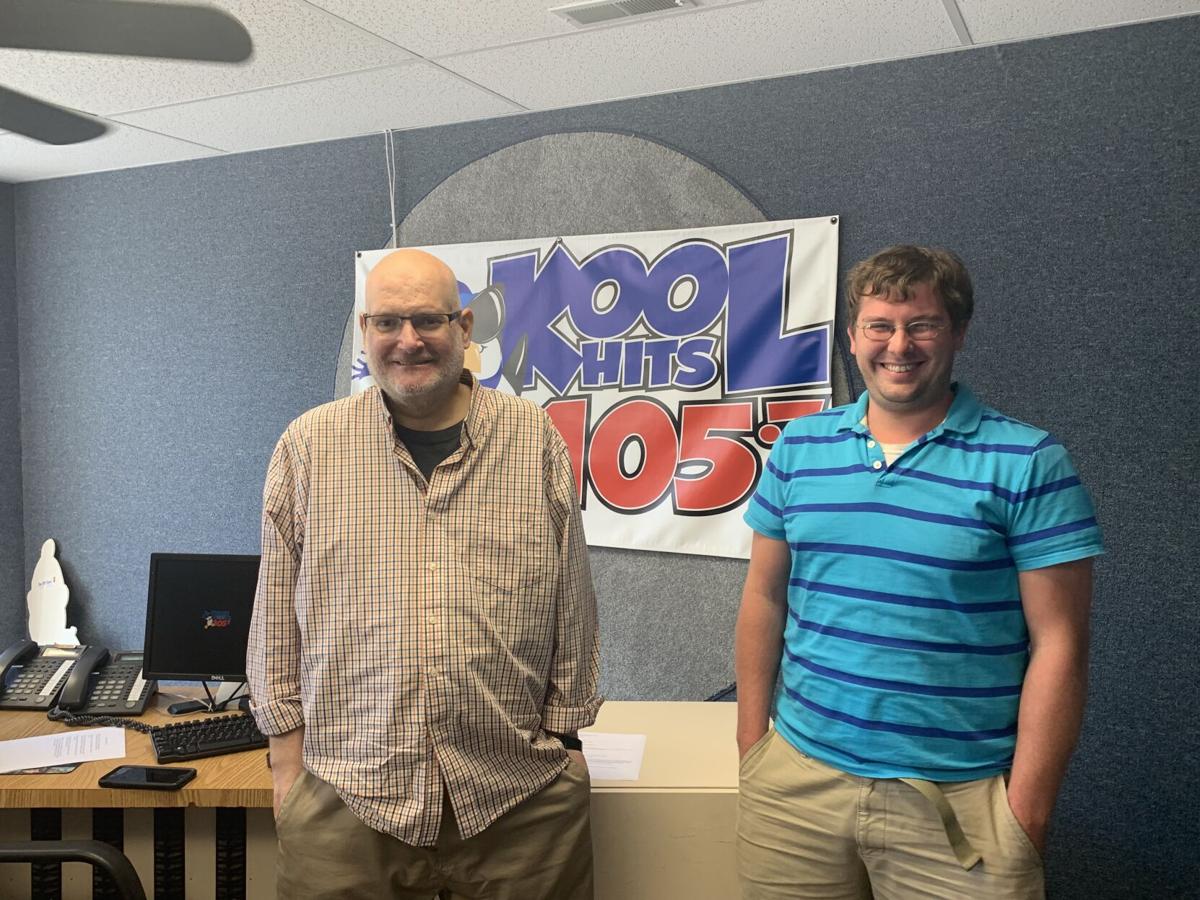 ASHLAND “It’s silly, it’s stupid, and it works,” Mark “Woody” Wood said of a radio show in which he stars.

“Woody and the Professor” is back on the air after a nearly eight-month hiatus.

Wood, 51, and John “The Professor” Brannen, 31, were two of about 1,300 that were let go as part of a massive iHeart Radio layoff movement in January. “Woody and the Professor” previously aired on WBVB 97.1-FM, a competitor of WLGC’s — both play oldies music.

WLGC’s Ernie G. Anderson, a veteran in the business, contacted Wood and Brannen immediately upon hearing about the shocking layoff. Wood had been at WBVB for 25 years.

Kool Hits general manager Jim Forrest was stunned, and then enticed by the possibilities. Forrest had been the primary host of the Ashland radio station’s morning show since Mark Justice died in 2016. Forrest had a heart attack in 2019; since then, he’s been working on ways to increase rest and reduce stress.

“I was looking for a way to not have to do the morning show anymore with all my other responsibilities,” said Forrest, who also pastors a church in Greenup County.

Forrest said the duo was instantly interested. Because of a six-month non-compete clause, they weren’t hirable until July. Because of a lack of advertising revenue due to the delay in the football season’s kickoff, Kool Hits couldn’t bring them on until September.

“They were willing to wait,” Forrest said. “We’re really happy to get them because they’re familiar voices in the Tri-State.”

“Woody and the Professor” greeted listeners for the first time from their Kool Hits’ digs on Tuesday morning at 6. They grace the airwaves from 6-10 a.m. Monday-Friday. They’ve worked together since 2014.

“He was brought in to do part-time stuff,” Wood said of Brannen as he recalled those days at WBVB. “I heard that cackle, that laugh, and I thought, I gotta find a way to incorporate this.”

Initially, “The Professor” was on once a week for “Big Word Wednesday.” That eventually grew to three and then five days.

Asked how he received the nickname, Brannen unleashed the aforementioned cackle and then said he couldn’t remember.

“I don’t know, either,” Wood quipped. “It sounds like Rocky and Bullwinkle, though.”

“Just a couple of guys that know each other, banter back and forth, give a little family humor; people like that,” Forrest said.

One former co-worker described the show as “the dumbest in America,” Wood said.

A listener once said to “Woody,” “You always sound like you’re having a lot of fun,” according to Wood.