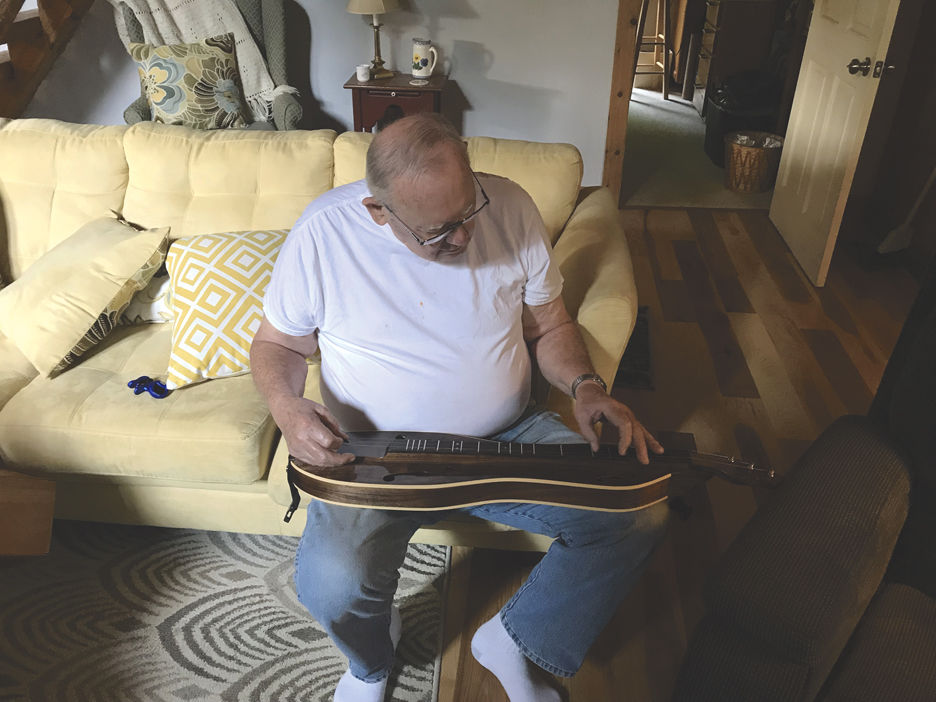 Victor Caudill holds a dulcimer he made from walnut. 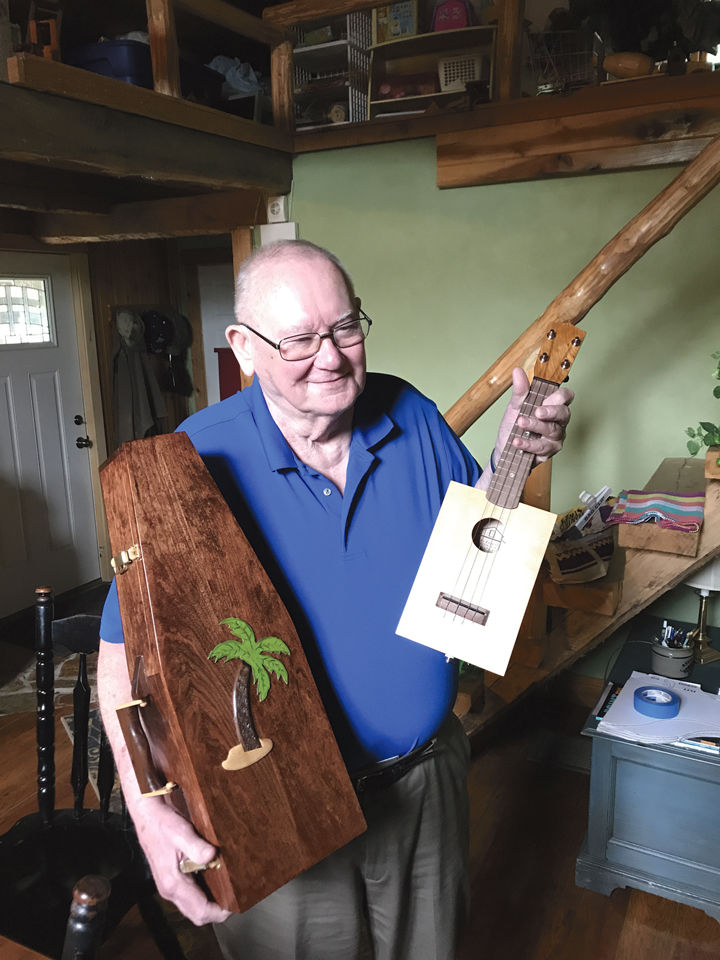 Victor Caudill holds a ukelele he made.

A pickin’ stick is an easy-to-play, steel-stringed instrument with a diatonic scale. 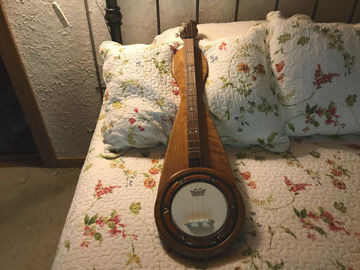 Victor Caudill holds a dulcimer he made from walnut.

Victor Caudill holds a ukelele he made.

A pickin’ stick is an easy-to-play, steel-stringed instrument with a diatonic scale.

ASHLAND The beauty of the wood is just the beginning for Victor Caudill.

The 80-year-old uses cherry wood, hard rock maple, walnut, sitka spruce, butternut, bass wood, Brazilian rosewood and ebony to hand craft dulcimers and other stringed instruments, many of which are unfamiliar to the American ear.

“I have made pickin’sticks, a ban-jammer, which is a cross between a banjo and a dulcimer, a bowed psaltery (harp-like instrument), a cigar-box ukulele, a suitcase bass and my newest project is a marimbula, which originated in the African slave trade period and was originally made from scrap shipping crates and pallets,” Caudill explained, adding to the list of his creations a wooden banjo and a true, vintage dulcimer with wired frets and handcrafted tuning pegs.

“They have been modernized over time. The instrument is classified as a rhythm bass and is played with mallets and wooden pegs.”

The Westwood native is a musician, too.

He began playing recorder in grade school and went on to play trumpet, French horn, baritone and Sousaphone and he was in the 202nd Army Field band. His devotion to the dulcimer began later.

“It started when my mother was in Hospice and Steve Justice visited and played the dulcimer, and I loved the sound, so in 2010, I started researching books from the Boyd County Public Library,” Caudill said. “I actually started dulcimer building in 2011.”

“Dad would dream it in his head and get up and start making something,” the younger Caudill remembered. “His dulcimer craftsmanship started with a book he checked out from The Boyd County Public Public Library about Homer Ledford, a dulcimer craftsman from Alpine, Tenn., who was an industrial arts teacher at George Rogers Clark High School in Winchester. He was well known for playing with the Cabin Creek Band.”

Joe Caudill also was a musician, discovering his love for music as a child with a guitar, harmonica and a tabletop organ with a broken key.

“Dad taught me guitar chords and I gained a deeper appreciation for music watching TV shows like ‘The Porter Waggoner Show,’ ‘Hee Haw’ and ‘The Grand Ole Opry,’” Caudill, 55, said. “That was Dad’s shows. I was very fond of the ‘Uncle Willie Show,’ aka Sleepy Jeffers, but I payed close attention to all music on TV, even if it was just background and even at a young age, I knew it was about creating a mood.”

Joe Caudill, who studied piano at Morehead State University with Jay Flippin, went on to play in bands and partnered with Terry Withrow at Thunder Bay Studio. He also plays regularly with The Soul Express Band in Seymour, Ind., and The Last Chance Band in Barboursville. His daughter and her husband are working in the music industry in Nashville.

Although busy with his own career, he remains a sort of musical guinea pig for his father.

“Some of dad’s earliest projects were experiments, but he improved with special tools he purchased and he would give his new creations to me to test run,” Caudill said. “From that point, they just got better with time.”

Caudill said he has made 24 instruments so far, giving them family members and close friends, but not selling any.

“The demand is not extremely high for dulcimers, but those who are in the market for dulcimers are usually members of dulcimer groups,” he said. Caudill belongs to the Rail City Dulcimer Society and the Morehead Dulcimer.

Because he doesn’t have to work on deadline, the amount of time he invests in building an instrument varies from project to project. It’s a labor of love.

“I work on dulcimers ln my own time,” he said. “It is a hobby I enjoy and I spend as much time as I am able.”