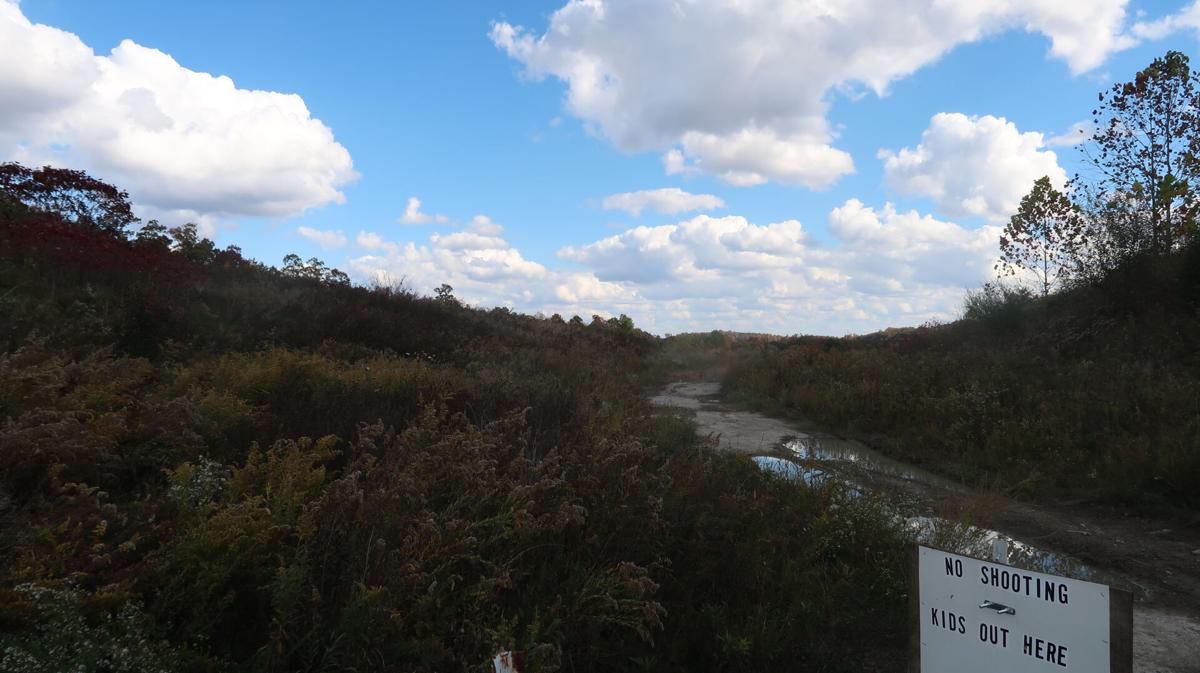 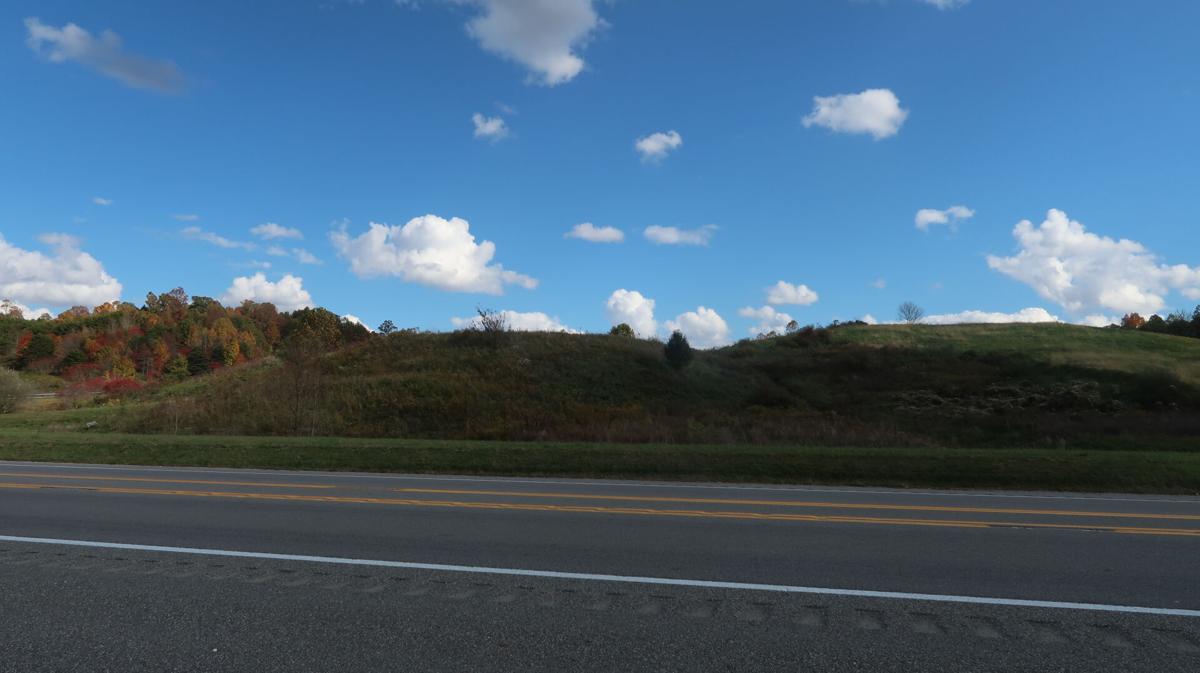 EASTPARK On July 18, 2020, a couple of hunters were making some preparations for the fall on a piece of land they leased on the edge of Boyd County, up at the Industrial Parkway.

The week prior, according to authorities, they had smelled something rancid, perhaps a dead animal. This time, they followed the stench — that’s when Boyd County Coroner Mark Hammond said they found a human buttocks sticking out of the ground.

On top of the buttocks was a bit of rock and the charred remnants of a fire, according to Hammond. Kentucky State Police Detective Matthew Boarman said that fire could have been from any number of scenarios — evidence disposal, trying to conceal a smell or lit by people who didn’t even know there was a human body underneath it.

Despite this being a rather secluded patch of land, it sees its share of traffic.

The location of the EastPark John Doe is about a mile from I-64, across from the Kentucky Veterans Cemetery North East. A little road bears off the right and loops into a fairly large lot — enough to turn a truck around.

In that lot, it’s fairly evident young people go up there from time to time to slam down some cold ones. Boarman said the lot is a “party spot.” It’s also a spot where workers at the nearby Cintas facility or from the power company pull up to take their lunch, he noted. Truckers will also stop in to take a sleep break, because it’s easy to turn around and there’s no one around to bother them either, Hammond said.

Interestingly enough, the lot provides a great view of the Industrial Parkway — it’s easy to see cars coming from both directions. However, from the parkway, to hills obscure the lot making it nearly impossible to see a vehicle parked up there.

Once the body was exhumed, it became quickly apparent to authorities they had a homicide on their hands — Boarman confirmed the victim had been shot.

On July 9, 2020, the body of 41-year-old Mitchell Dean, of Huntington, was found floating in the Ohio River — Dean was identified the following day by authorities.

The day following the unearthing of the EastPark John Doe, 57-year-old James D. Smith was found dead inside a tent at a homeless camp behind Ruby Tuesday in Ashland.

Neither one of these cases were homicides — both decedents were identified within 48 hours. The EastPark John Doe is a whole different story.

“This is the first Doe we’ve had in 20, 25 years in Boyd County we weren’t able to identify within a week or two,” Hammond said. “I’ve checked through the records.”

Boarman, a quick-witted but younger detective, said he’s worked a couple Jane Does in his time in law enforcement, but they were quickly identified.

“I’ve never had a case where you have no known suspect and you can’t even identify the victim,” Boarman said.

The EastPark John Doe just isn’t much to work with, according to both Hammond and Boarman.

Doe was found in a shallow grave wearing nothing but boxer briefs, according to Boarman. The body was in various stages of decomposition — in terms of flesh, the underwear preserved that part of the body, but everything else had gone into purification, Hammond said. The skull had a some hair on it, but nothing else, Hammond said.

“Judging by the decomposition, we’re thinking two weeks to a month,” Hammond said. “The weather plays a big factor in the rate of decomposition, so he could have been in there for a shorter time frame, too.”

Besides that — a body with only boxer briefs — there were no other personal effects located at the scene. No ID, no wallet, nothing. What little bit of flesh remained on the cadaver had no tattoos or scars — the rest of the body was so far gone, there was no telling what he looked like in life.

In fact, it wasn’t until the body was cleaned that they were even able to determine the EastPark Doe was a male, according to Hammond and Boarman.

The body was shipped to the State Medical Examiners Office in Frankfort where tests were run, according to Hammond. A forensic odontologist — a dentist who studies teeth in remains — determined Doe was between 20 and 40 years of age based on the wear of his teeth, according to Hammond. Those dental records were checked against a database, with no matches coming, Hammond said.

Due to the decomposition of the body, toxicology was taken from liver tissue, Hammond said. That led to a reading of enough drugs to kill a horse.

“The liver is your body’s detoxifier, so it gives numbers that are much higher than what a person could have in their system,” Hammond said. “Normally, when we take a ‘tox’ sample, we try to get blood from elsewhere so the drugs aren’t concentrated.”

While the liver proves there were drugs in Doe’s system at the time of his death, the levels have to be disregarded, Hammond said.

Because the bones weren’t completely dried out, Hammond said the M.E.’s office extracted DNA from them and uploaded the data into the CODIS system, which houses DNA taken from arrestees and convicts nationally from participating jurisdictions. The DNA did not receive any matches, according to Hammond.

On the investigative front, KSP produced a three-paragraph press release within days following the discovery, listing the victim as 5-foot-8 in height, between 140-160 pounds and between 22 and 35 years of age.

Boarman said, at first, a couple leads were generated with members of the public coming forward reporting the Doe could possibly be a loved one. However, prior to a DNA test being conducted, the missing family member would be found in a hospital or a jail, Boarman said.

Due to the Doe’s proximity to the interstate, Boarman said “they literally could have come from anywhere.” Evidence collected at the scene supports two scenarios — Doe was killed at the burial site or he was killed off-site and disposed of later.

Doe’s description was checked against missing reports in Kentucky, as well as surrounding states — nothing matched, Boarman said. Neither have there been reports of a John or Jane Doe turning up under similar circumstances, Boarman noted.

Independent research by this publication of the National Missing and Unidentified Persons System, a clearing house for missing persons and Doe cases nationally, showed no missing persons reports of anyone matching the time frame either in Ohio, Kentucky, West Virginia, Tennessee, Maryland or Virginia.

“We are hoping someone will come forward with some credible information,” Boarman said. “We had many leads in the beginning of this case, but they all turned out to be nothing. For the past several months, we haven’t had any leads.”

A case like this will wear on you, according to Hammond.

“This person had someone who loved them, they had a family who wants answers,” Hammond said. “Giving them their name back can hopefully give them some closure.”

According to Hammond, all tests that could be conducted at the state M.E.’s office has been exhausted.

So now the body is being shipped to the University of Tennessee for genealogical DNA testing, the same method used to identify Chesapeake’s “Belle in the Well” as Louise Virginia Peterson Flesher in 2019.

Flesher went unnamed for 38 years, after being found in a cistern in 1981 with a bus ticket, a key to a bus locker, a pay stub and a Jerry Falwell commemorative coin. Police said she had been strangled and placed in the well with a rope around her neck and weighed down with a cinder block.

The DNA Doe Project did the research in finally putting a name to Flesher, after a 14-month investigation when approached by law enforcement.

The project, started in 2017, uses genealogical DNA tracing to identify Does going back decades — the method is the same as used in identifying the Golden State Killer back in 2018, following decades of dead-ends and zero leads.

“Think about those 23 and Me and Ancestry.com tests,” Werden said. “It’s the same thing.”

So what happens is, the Doe’s DNA is uploaded into the database to see if there are any matches. The goal is to find a cluster of relatives with the highest match — perhaps a second or a third cousin — then work forward within a family tree, Werden said.

“With a family tree, usually you have a set of parents and you work your back, but in this case we’re taking a point in the family tree — what we call a union couple, or the latest common ancestor — and working our way forward,” Werden said. “From there, we build a family tree that gets us closer to who the Doe might be.”

A match gets genealogists in the ball park, but certainly not on the plate. For instance, if it’s a third cousin match, meaning the Doe shares a great-great-grandparent, they might the person might not necessarily know anything about the Doe — Werden noted unless the person is from a close-knit community, people rarely know their second or third cousins.

Some teams work one big family tree, other teams separate out different lines of a wider family into their trees. Once the person is narrowed down into a tighter family cluster and there is believed to a be match, the next step is to conduct a “proof-of-life search,” Werden said.

This means checking social security records and the like to see if the person believed to be the Doe had any recorded dealings — like a marriage or a death certificate — following the discovery of the body. If that clears, then the next step is test the Doe’s DNA against immediate family, Werden said.

The duration of the process can depend on a few factors — how close in relation the initial match is and the age of a case.

For instance, the DNA Doe Project once tackled a “real head-scratcher” in Idaho of a body discovered inside a cave in 1979, Werden said. Unlike the EastPark John Doe, this body was extremely well-preserved. Forensic anthropologists estimated the body had been there for a decade. However, genealogical DNA testing discovered the body had actually been there much longer — in 2019, the Doe Project announced the body as that of Henry Joseph Loveless, an outlaw and murderer who went missing following a jailbreak in 1916.

While genealogical DNA sites are starting to play an important part in identifying Does — even ones from the days of the old West — Werden did stress those looking to upload their DNA should look at the terms of services.

“Discovering non-paternity events, like grandpa not really being grandpa or your father not really being your father, can be devastating,” Werden said. “While we’re hoping to return names to the nameless, we have no interest in destroying families.”

According to Boarman, while the investigation is currently cold in EastPark, it’s a relatively young one.

“As far as a cold case is concerned, it’s really not that old,” Boarman said. “There’s cases that are 40, 50 years getting solved. I think there’s hope to solve this case.”

Once the body undergoes testing down in Tennessee — while tracing the genealogical map may take a while, getting the DNA out should take months, according to Hammond — Boarman said the FBI is on deck to perform a facial reconstruction of the victim.

Anyone with any information about the EastPark John Doe is asked to contact Kentucky State Police Post 14 at (606) 928-6421.

The victim is described as 5-foot-8 and between 140-160 pounds. He had dark brown hair between ear lobe and shoulder length. Hammond said based on what muscles were intact, it is believed he was at one point relatively muscular and fit.