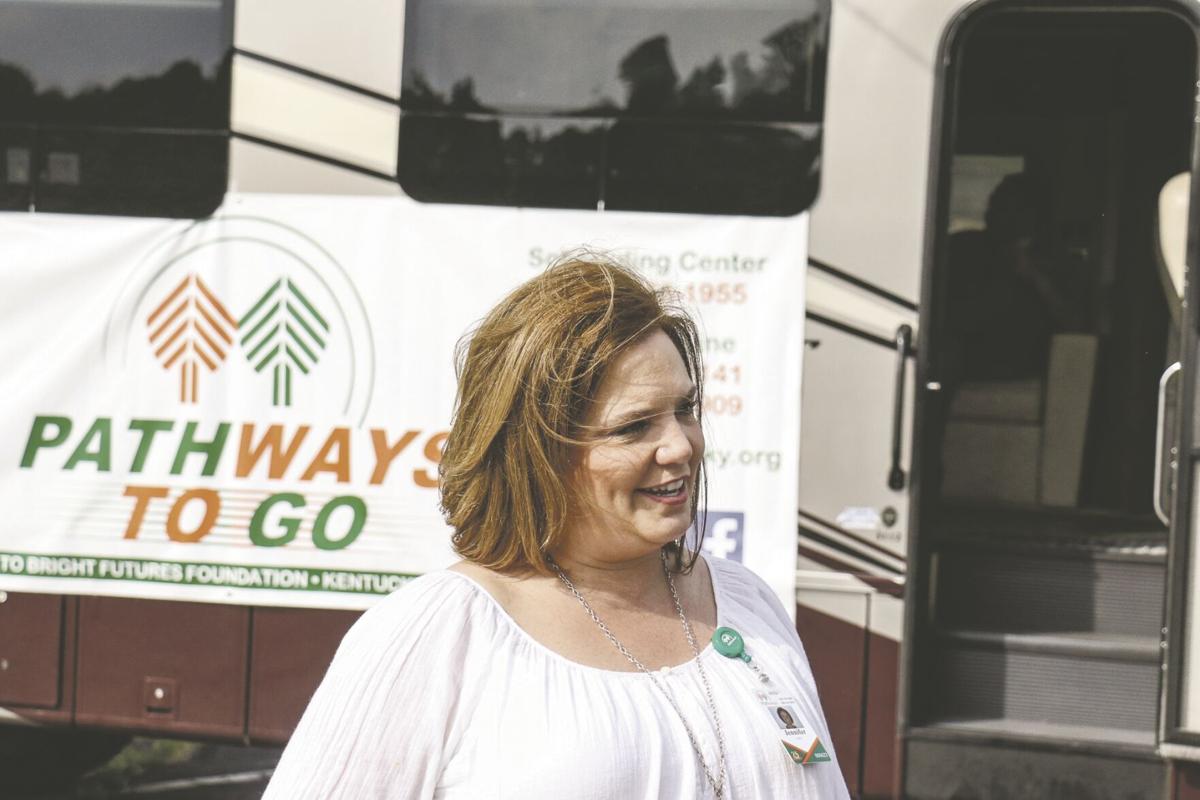 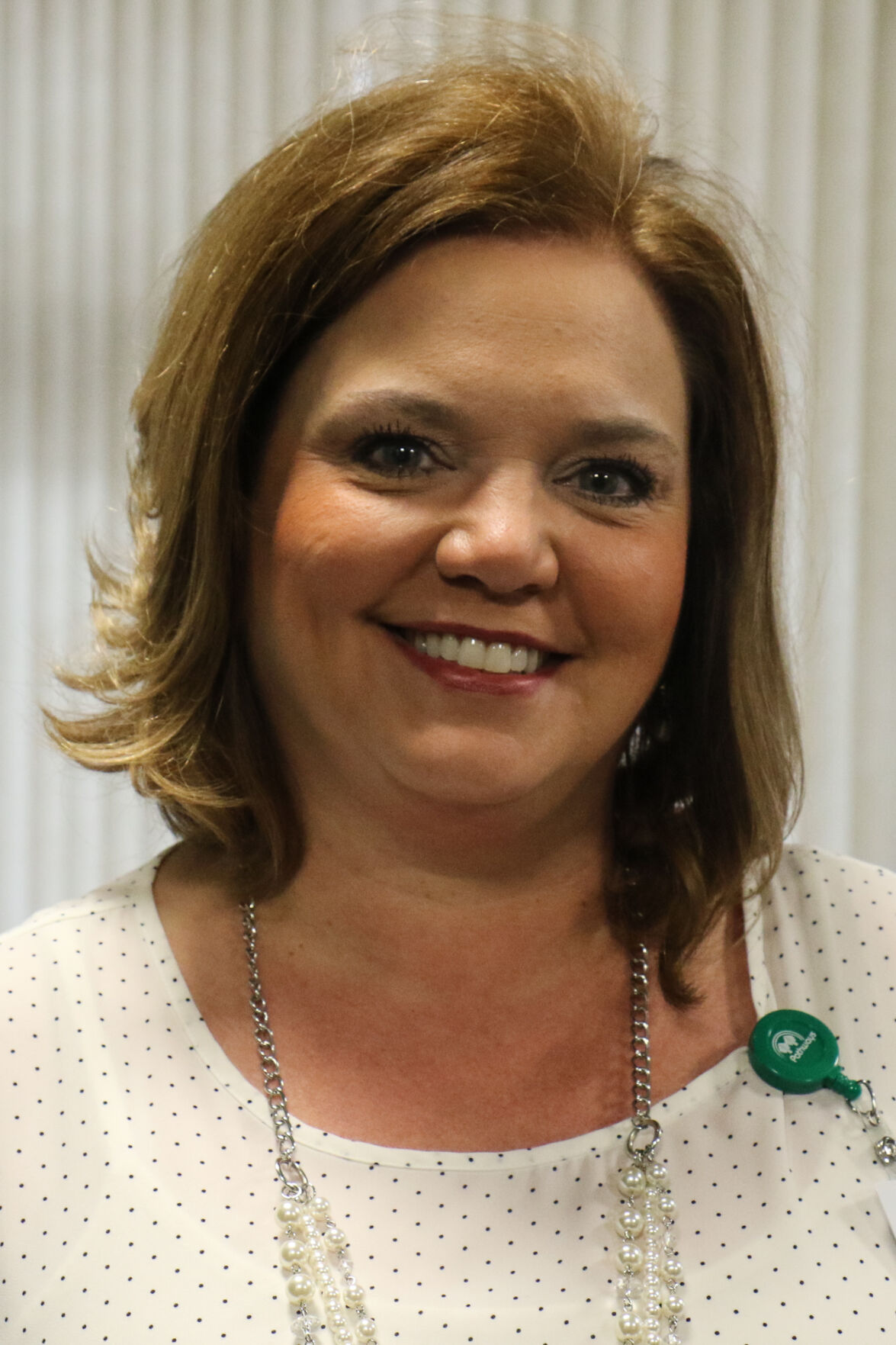 For the last year, Willis has acted as the interim CEO until being named permanently to the position a few weeks ago. Sitting down with The Daily Independent, Willis laid out the plans she and her staff have formulated to address addiction in the 10-county area Pathways serves between Ashland and Mount Sterling.

It can be summed up in three words: wrap-around services.

According to Willis, Pathways was designated as one of the few certified community behavioral health centers in Kentucky. Last year, Kentucky and Michigan agreed to entered into a pilot program with the Substance Abuse and Mental Health Services Administration. Initially, the program began in 2014 with eight states, ranging from populous New York to the wide-open spaces of Oklahoma.

The idea behind a certified community behavioral health center is for a one-stop shop for those suffering from addiction and/or mental illness, by giving them access to primary care physicians on site. This is partly to prevent a duplication of services and partly to give easier access to populations who might have a hard time making it to multiple appointments in parts of an area.

For how this will roll out in the Pathways coverage area, Willis said the organization will partner up with local doctors, with the aim at having doctors permanently on site in the future.

“If you look at it, a lot of people who suffer addiction or a mental health condition also have physical health issues as well,” Willis said. “If we’re not addressing all the components, our clients’ needs aren’t getting met.”

For instance, an IV needle user stands a high chance of picking up HIV or Hepatitis.

The mobile clinic — unveiled earlier this week in the Thursday edition of The Daily Independent — can go hand-in-hand with this push toward a more holistic approach to recovery and treatment, according to Willis.

As a part of expanding “the tools in the toolbox,” Willis said Pathways will begin rolling out Medication Opioid Use Disorder program on Thursday, more commonly called Medically Assisted Treatment.

Using Suboxone, a drug designed to wean heroin and pill addicts off their drugs of choice, Willis said it would be tightly controlled, unlike the horror stories that are told about cash-only methadone clinics where clients can stay hooked for decades.

“Myself and the entire company has really had to evolve on this issue,” Willis said. “The data is there to show this is another effective treatment option for folks. We’ve been using vivitrol for years, so this is just another step along those lines.”

Willis said the Suboxone program will require participants to undergo a physical and mental health screening prior to going on the medication, followed up with regular one-on-one therapies and group therapies, as well as drug screenings.

“We’re trying to prevent the Suboxone from being sold or abused,” Willis said. “We’ve had a lot of patients over the years come to us to get off Suboxone, so that’s the goal we have in this program.”

The Quick Response Team, which was rolled out last year in Boyd County, is expected to see an expansion into Greenup County, according to Willis. The idea behind that program is for first-responders and peer support specialists — recovering addicts — visit overdose victims within 24 hours following the medical call in order to give them resources about addiction treatment.

“What we’ve found with that program is the more people talk about treatment with someone who is in it, the more they’re likely to seek it out,” Willis said. “There’s a window of time where we can hopefully reach them and get them in.”

If those folks do decide to go into treatment, Willis said the recovery resources within the Pathways system are meant to address all levels of care, from a once a week out patient visit to a year-long residential rehab in either Grayson or Morehead that prepares addicts and alcoholics for reentry into society.

The real linchpin on that front are the community support associates, the peer support specialists and the case managers, Willis said.

“When our clients graduate from rehab, they’re going to need help knowing where to go for certain services, knowing what to do about managing life in general,” she said. “That’s where that wrap-around service becomes very important, because they might not know how to get the electric turned on. Our case managers are checking in with them three times a week to help them with situations like that.”

Willis has been working at Pathways for 23 years. When Willis first began working in the mental health field, she said addiction was a bit misunderstood and very underfunded.

“Insurance didn’t pay for addiction treatment so we had to fund almost all our treatment through grants,” Willis said. “There just wasn’t that much emphasis on it back then. I’d say in the last 10 years, insurance companies and Medicaid has recognized that addressing addiction saves in the long term on treating conditions that result from active addiction.”

When Willis first started, the main sources of addiction were booze, pills and weed. Over the course of two decades, there’s been a switch to heroin, then to fentanyl and now meth, Willis said.

The psychotic behavior produced by meth use and withdrawal has led to protocol changes in the behavioral crisis unit, Willis said.

“It’s a whole different situation than dealing with someone who is either intoxicated or withdrawing from heroin or alcohol,” Willis said. “They can be very unpredictable when they’re on meth, so we have to ensure their safety as well as the safety of our staff.”

Willis continued, “I don’t think anyone foresaw the effects we’d see when the drugs got dirtier. I can’t think of another way to put it — it’s just poison people are putting into their bodies. Especially fentanyl. Because it’s so deadly, it’s made the stakes that much higher in trying to rehabilitate our clients.”

As a part of that, one trend Willis has seen over the course of her career is the push to have addiction and mental health counselors cross-trained in their respective disciplines, so they can assess the needs of anyone who walks through the doors.

“It used to be you were either an addiction therapist or a mental health therapist,” Willis said. “What we’ve learned is if there is an underlying mental health issue like anxiety, depression or bipolar disorder, we have to address the addiction issue first to see what we’re working with.”