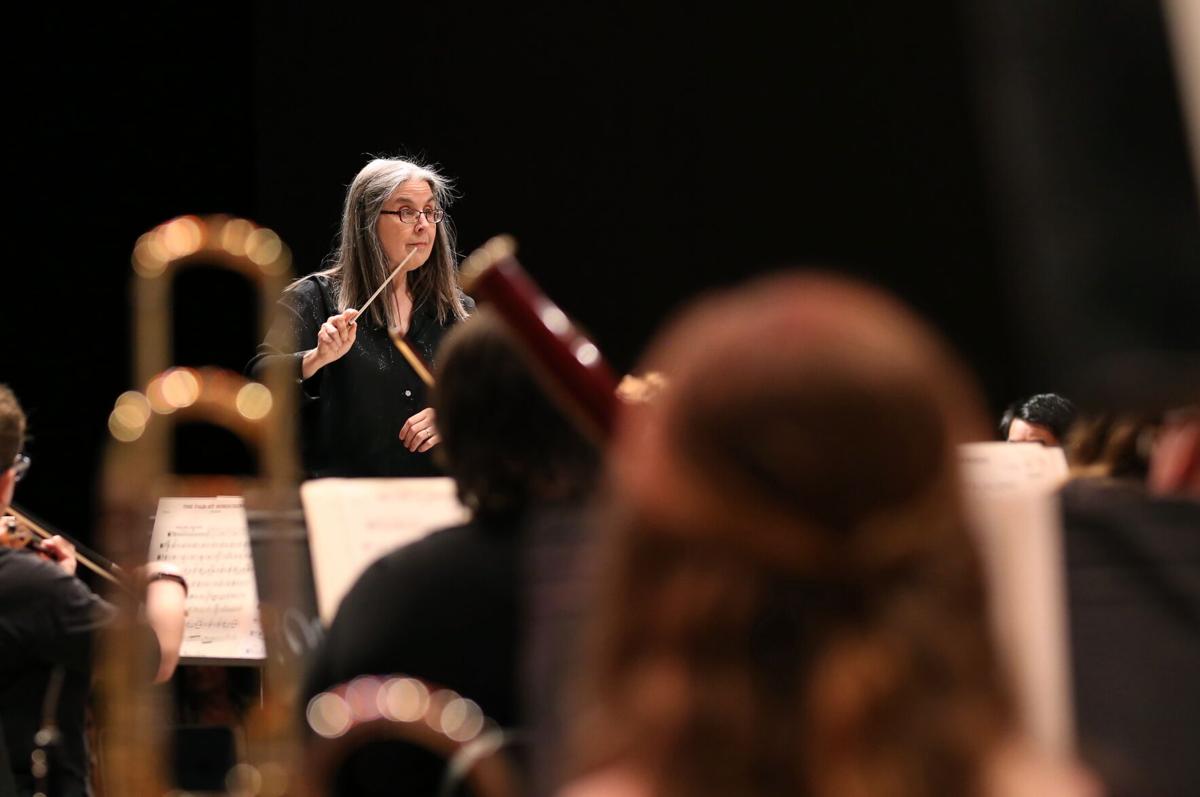 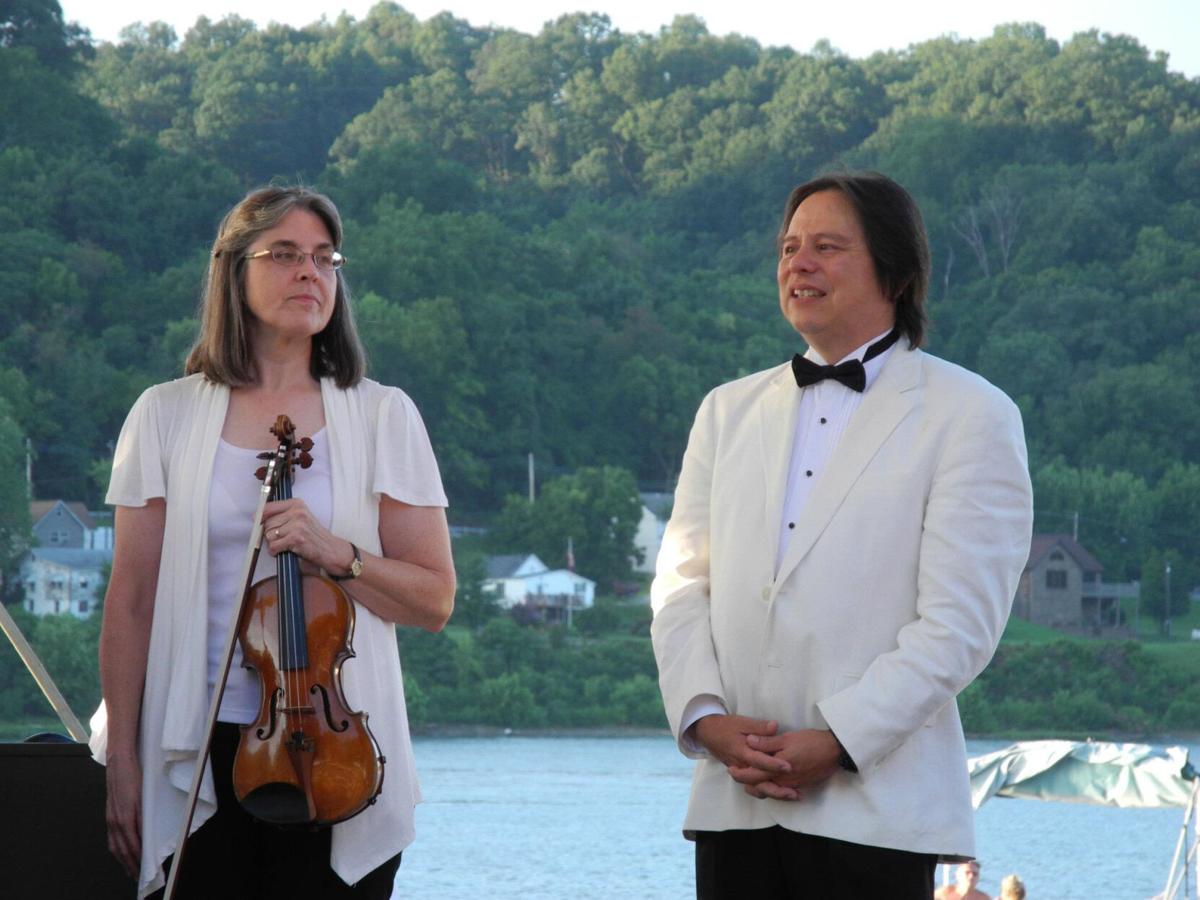 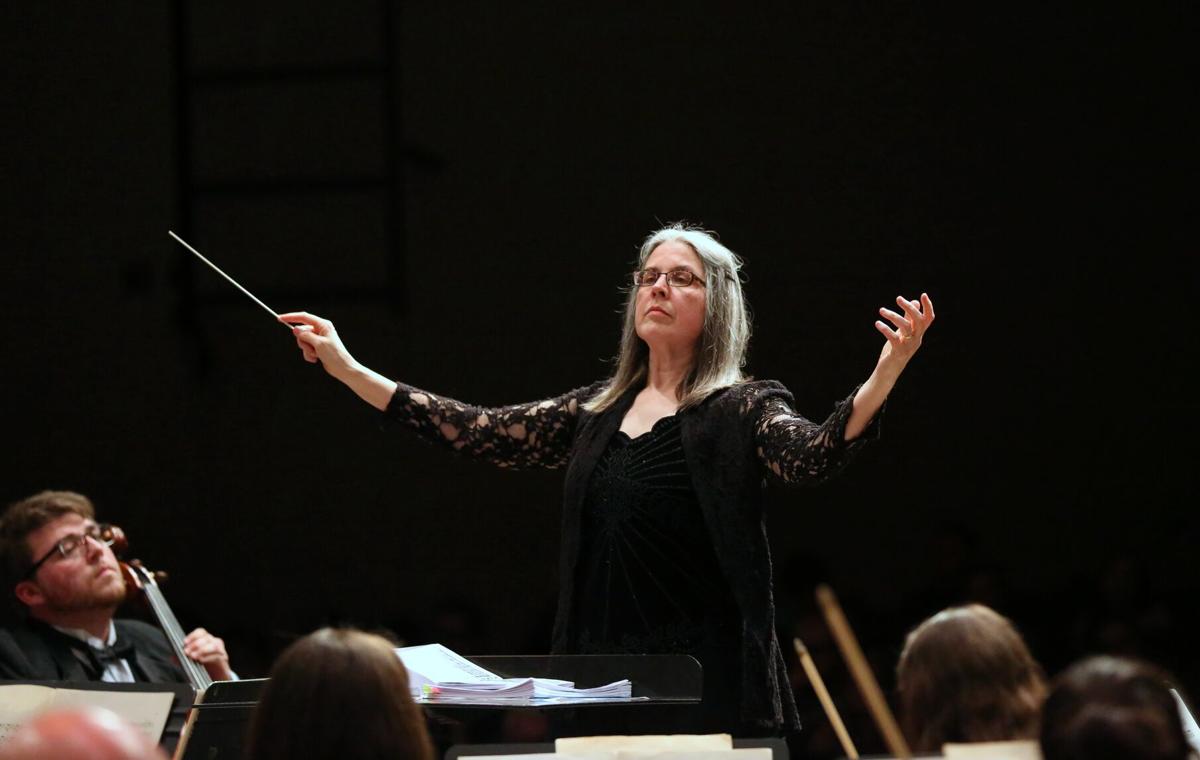 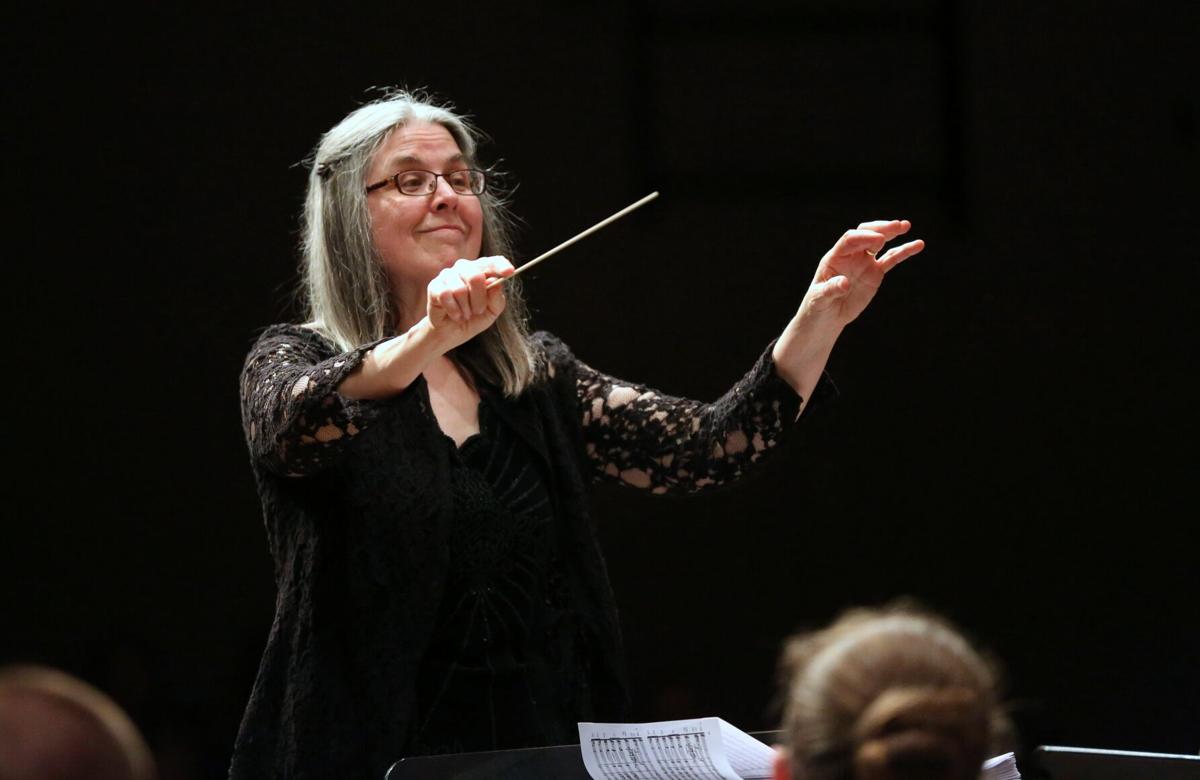 ASHLAND While the climate for women as conductors has improved, it’s still not easy.

Dr. Elizabeth Reed Smith, a professor of violin, viola and chamber music and conductor of the Marshall Symphony Orchestra, said she never thought she would conduct, in part, because there were so few opportunities for women, so she never took a conducting class while she studied at the Eastman School of Music in Rochester, New York. It wasn’t required for her degree in violin performance, either, and she never really aspired to be a conductor.

“Then one year at Marshall, we were between conductors on the faculty and there was talk of eliminating the university orchestra for a semester or a year,” Smith said. “My famous last words were, ‘I’ll do it myself before I let that happen!’ And here I am.”

The only instruction she’s had was from Dr. Paul Whear, conductor emeritus of the Huntington Symphony Orchestra. She said she believes it shows.

“I am more ‘orchestra teacher’ than ‘conductor.’ I know how to rehearse the students so they can learn and present successful concerts, despite my lack of conducting technique,” she said.

In fact, she said she prefers the more intimate chamber music setting to an orchestra in terms of performance or listening.

“I prefer the autonomy of choosing and interpreting music myself, with one or more excellent colleagues, and prefer the repertoire for string quartet, piano trio, violin and piano duo, and other small ensembles to the symphonic repertoire.”

Smith performs in the Millefiori Trio with Henning Vauth and Marshall cello professor Sölen Dikener. She has appeared as a solo recitalist and chamber musician throughout the eastern United States.

As a teacher, Smith draws praise.

“She is always positive, encouraging and, as a result, all the orchestra musicians want to to do their best for her,” Chamis said. “My students who have gone on to take lessons from her are speechless. They can’t get over what a remarkable and outstanding musician she is.”

The Greenville, South Carolina, native is the daughter of music faculty at Furman University. It might have been a given that she, too, would pursue a career in music.

“Each parent tried teaching me (piano) for a while. That didn’t work out so well, so I ended up having lessons with Furman piano pedagogy students, a new one every year,” she said. Violin lessons started when she was in fifth grade, and that’s when she knew that would be her career. “I began private violin lessons a year after starting, first with the violin professor at Furman, and then later, in high school, with a wonderful teacher at the University of Georgia.”

Smith is concertmaster of the Huntington Symphony Orchestra, which performed last year at the Paramount Arts Center for the first time.

As concertmaster, Smith said her role in the concert was to coordinate the “bowings,” or the notations that determine which way the bows move to string players sound and look unified.

“The concertmaster gives directions to the string players, especially the violins, to help achieve the sounds the conductor envisions, and to help everyone play precisely together,” she said. “Sometimes there is a section marked ‘solo’ in the first violin part — the concertmaster prepares and plays that section alone. Most of those solos are very small, but there are some major ones, too, such as Rimsky-Korsakov’s ‘Scheherazade’ and ‘On the Trail’ from Ferde Grofé’s ‘Grand Canyon Suite.’  The concertmaster uses body language to lead the violins, and of course, must be superbly prepared.”

While it happens rarely, the concertmaster also must be ready to conduct the full orchestra as backup to the conductor.

“The concertmaster also serves a ceremonial function, which is the part the audience sees,” Smith explalined. “At the beginning of a concert, I walk out, bow to the audience and turn to the principal oboist to begin the process of tuning. In reality, the orchestra could tune just fine without me, but someone needs to get the process started. I also lead the standing up and sitting down of the orchestra. I think to many local folks the concertmaster is the face of the orchestra, after the conductor.”

As for the show at the Paramount that consisted of the music from “Star Wars,” Smith said she performed all those functions.

“John Williams’ music is very ‘busy’ for the violins — many, many fast notes — and although I had played all the music before, we don’t usually play so much of the ‘Star Wars’ music in one concert. So there were many notes to have under one’s fingers at one time,” she said.

It was a fun concert, despite the challenging music, Smith said. “We had a wonderful reception at the Paramount! The hall was full, and the audience was very welcoming and enthusiastic. The orchestra members enjoyed playing there,” she said.

Despite her success and progress toward gender equality, Smith said sexism still exists in the world of classical music.

“We still have work to do in classical music,” she said. “I know there are still male professors not behaving as they should, but that occurs in all fields, and most male university music professors I know are wonderful humans.”

Her advice to anyone, regardless of gender, who wants a career in music, is to persevere.

“Don’t let anyone tell you that you can’t do it because of your gender, your color, your ethnicity, or where you come from,” Smith said. “Work hard, be thorough in all you do and get the best education you can possibly afford. Treat others with respect, and expect, even demand, the same treatment for yourself.”