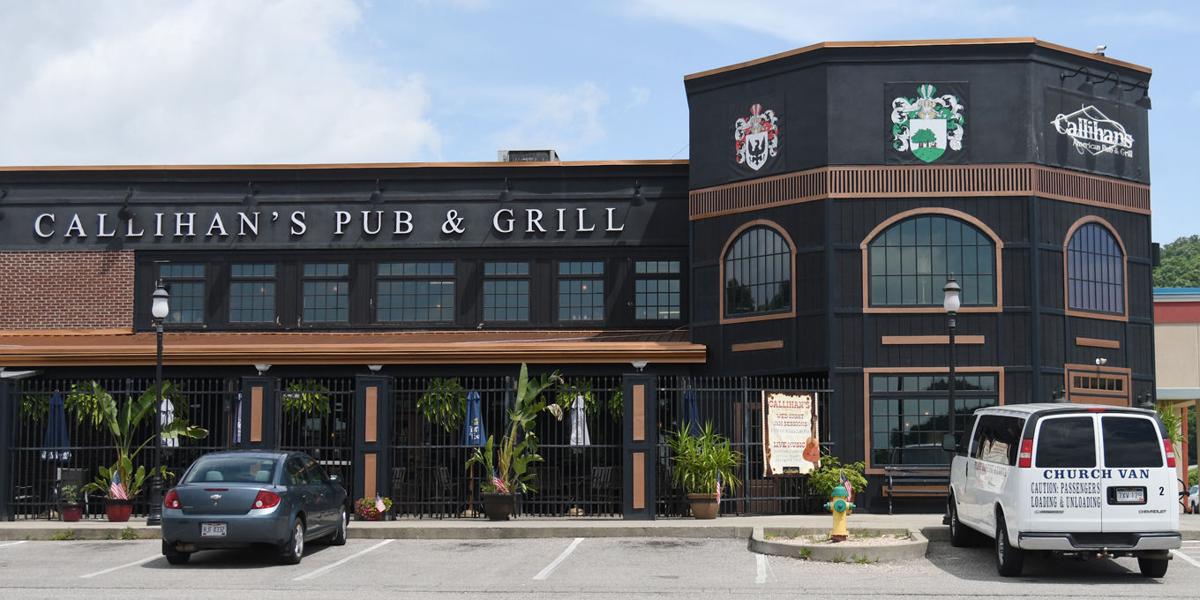 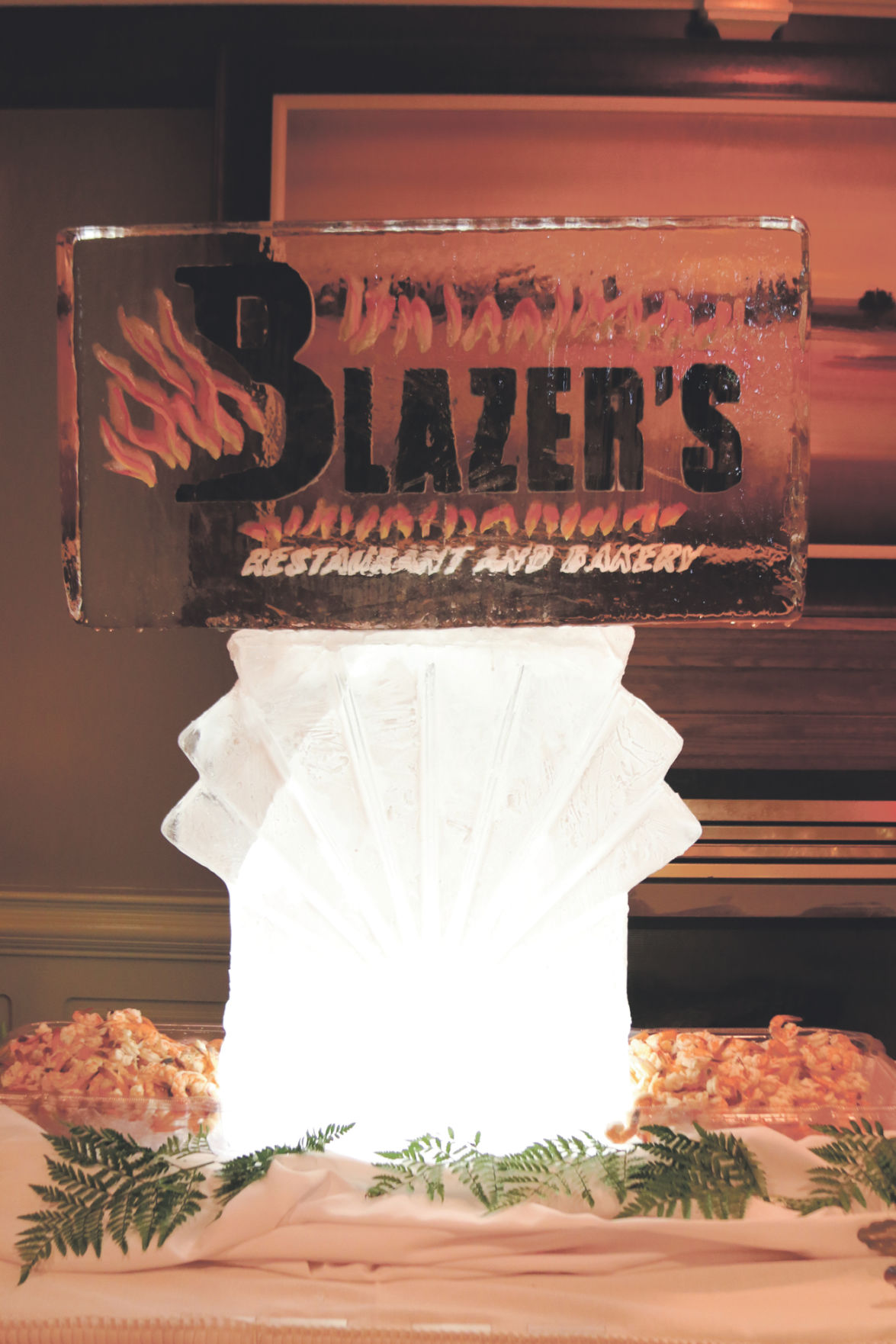 An Ice sculpture created by Irvin Pereira for the opening of his new restaurant. 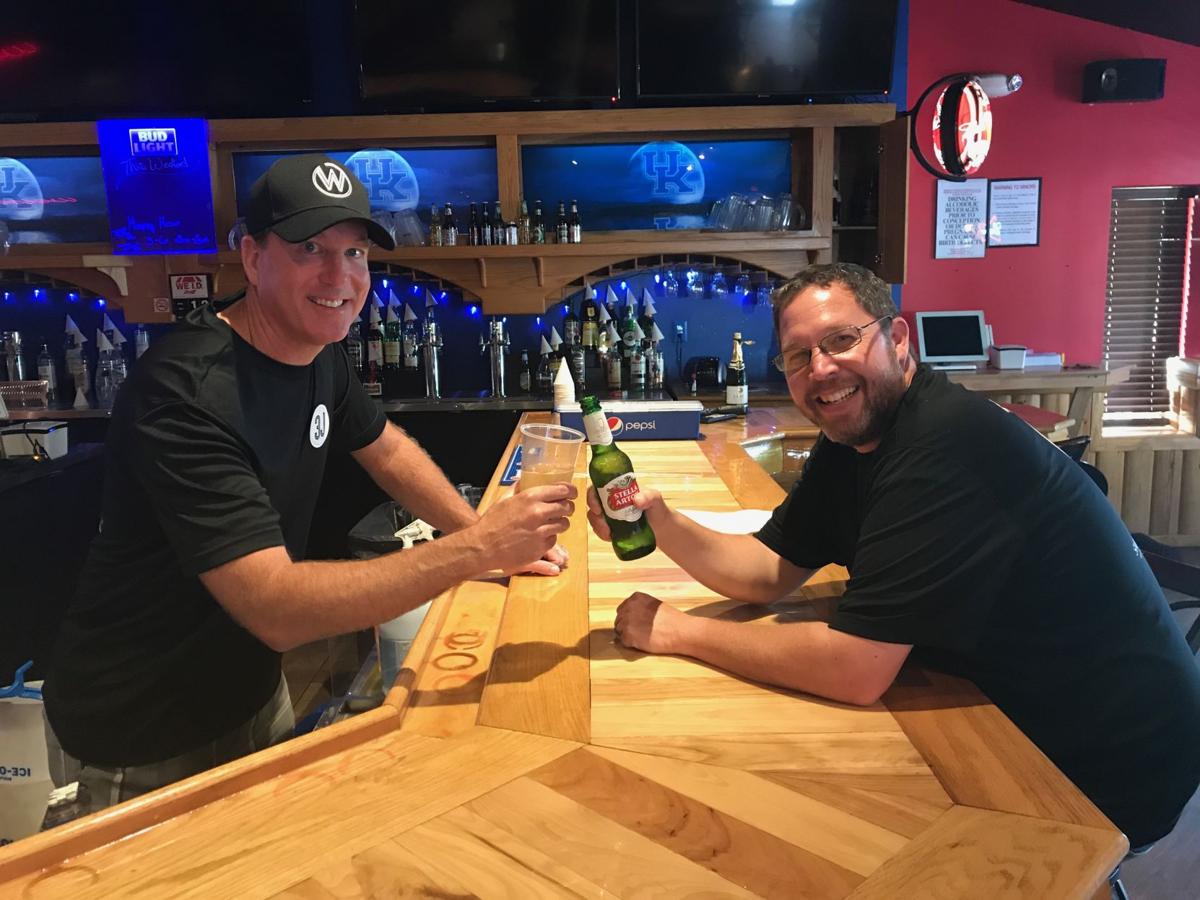 An Ice sculpture created by Irvin Pereira for the opening of his new restaurant.

ASHLAND Some local restaurants were prepared for Gov. Andy Beshear’s announcement that dining rooms would close because of the COVID-19 spread. They’ve been there before.

The governor said bars and restaurants will no longer be open to indoor service through Dec. 13, but may continue curbside pick-up, delivery and outdoor dining. Beshear also said $40 million in CARES Act funding will be available for bars and restaurants impacted by the new restrictions.

As much as they were disappointed with the decision, many were not shocked.

Jessica Pereira, who owns Blazer’s Restaurant and Bakery with her husband, Irvin, said it was a strange feeling.

"I was kind of expecting it, but I feel a little numb," she said. "There was no shock, but it’s drastic."

Jason Camp of The 3J Group, which owns The Winchester and Smokin’ J’s among other eateries, said he had hoped restaurants would remain open, but had heard inklings of closures.

"I understand what they’re trying to do to flatten the curve, but it’s vey hard for our industry, in particular," Camp said. "When you look at some of the other restrictions out there, other businesses aren’t nearly as affected — gyms at 33%, for example — it’s kind of like a stake to the heart. Some of us really had to fight to get through the shutdown earlier. I hope it’s only going to be three weeks and be lifted, but if it goes much longer, it will really be unfortunate."

"People have got to do what they’re supposed to do if you want to go to the next level and get well," Callihan said. "There are so many places not following protocol and here we are, stuck in the restaurant business and under deep scrutiny. I play by the rules. It’s difficult to operate like that and we didn’t choose it, but until everybody does what they’re supposed to do, it’s going to be this way."

He said he’s especially concerned about COVID-19 because his mother has a weakened immune system and his father is at risk because he’s 77.

"I can’t afford to get sick and take it to them because I assist in taking care of her," Callihan said. "I’m very cautious of what I do. ... I couldn’t live with myself if I gave them something that assisted in killing them."

Hand-sanitizing stations are ubiquitous at Callihan’s, even outside. He said COVID-19 killer is used to clean after every seating.

Other things have changed, too, since the pandemic.

"This is a labor killer and finding enough good people to execute all the things you need to do on a short staff is tough. I’m working more now than I ever have, and I worked a lot."

"We’ve had to reinvent ourselves," Callihan continued, noting his restaurant offers boxes to feed four to six at a moderate price.

"We’re still running a full menu, but also have specials," he said. "We have daily lunch specials, pizza shop-type things like Italian subs. We try to have something new for people." They also sell soup by the quart and Callihan said his wife has been making desserts, which cost less to sell. "I’m passing the savings on to the customer," he said, noting dessert prices have dropped by $1 each.

While Pereira said she understands the importance of keeping people safe, shutting down makes keeping the business afloat and paying employees extremely difficult.

"We don’t want anyone to get sick," she said. ".. It’s very important for people to be healthy, and we tell our staff, if you don’t feel well, you need to go home."

Meanwhile, the restaurant is trying new approaches to doing business based on curbside service.

"Call and let us know what you want, and just pull up to the front door and let us know you’re there and we’ll bring it out," Pereira said. The restaurant offers something called Blazer Boxes, which contains a home-cooked meal that will feed four. She said she got the idea when her own children at home ordered burgers and fries from the restaurant, perhaps too many times.

"I was working and tired and didn’t want to cook. It was terrible, so I decided there must be plenty of parents in the same boat," she said. "I decided, ‘What can I do to feed my kids something healthy?’"

The boxes include utensils, plates and a meal.

"Every time, it feeds my family of six," Pereira said. A recent dinner includes ham, dressing, macaroni and cheese, green beans and rolls. Even those with a smaller family can buy a dinner box and freeze individual portions, as all the food is made from fresh ingredients.

The restaurant also will offer Thanksgiving and Christmas dinner boxes.

The restaurant recently began selling its breakfast pastries at Whit’s Frozen Custard, which is planning to open a drive-through window.

The 3J Group’s restaurants offer cubside pickup as well as delivery for free within 5 miles for orders of $20 or more. Camp said the trailer will return to the streets, too, serving at Bill Cole Ford for the next 10 days, then switching up to various locations in Ashland.

The restaurants also offer curbside pickup from 11 a.m. to 8 p.m.

For Thanksgiving, boxes feeding four to six will be offered at $86, which will include turkey, ham and all related sides. Orders must be placed by 4 p.m. the day before; pickup will be from noon to 4 p.m. on Thanksgiving.

He said some customers had made reservations for Thanksgiving Day; the staff will be getting in touch with them about getting curbside pickup.

"We’re also pushing gift cards," Camp said, noting they’re offering $50 gift cards for $40. At Smokin’ J’s, two branded pint glasses will be given to those buying gift cards, which can be purchased in person or ordered online.

"That’s really the way to support local businesses," he said.

He said The Delta which houses the restaurant has been busy, providing them some customers. While The Winchester can’t serve guests in the restaurant, it will continue to offer room service.

"Obviously, this is really tough for us, but it’s also tough for people who want good, quality food not coming from their kitchen," Camp said. "It’s a service to the public."

Furloughing some employees is likely, he said.

"We’re only looking at 10 to 15% revenue, so there’s no way we can make ends meet," he said. "And even then, we’re still going to lose money doing this operation. We want to try to keep as many people as we can because they have families and mortgages and rent to pay."

Even though restaurants like Blazer’s and The Winchester will be eligible for CARES money, thoughts are mixed as to how much it will help.

Camp said the money, which breaks down to about $10,000 per restaurant, isn’t much.

Callihan agreed the $10,000 is a drop in the bucket in the restaurant business, but said he urges area restaurants to soldier on.

"I just want everybody to hang in there and try to get people to do the right thing, and if we do, we can get through this," he said. "I want everybody to survive this. We’re fighting hard and I don’t want anyone to go out of business."

Although no staff members have been laid off at Blazer’s, Pereira said it’s likely to happen because sales are down.

She said she hopes to receive some CARES money, even if it’s a small amount.

"Any money will help," she said. "We’re still recovering from what happened from the last shutdown. We have regular bills to make up from it. It’s not every much, but it’ll help. I could spend $20,000 today and still not be ahead."

Blazer’s received a small business loan when it opened three years ago. Pereira said the restaurant has to be in business another two years to have the grant forgiven.

"We’ve said if nothing else, it’s going to be us standing here for two years truckin’ it out because we have to get there. We have to," she said. "We love Ashland and being here. Our children are completely ingrained in Ashland. We want this to work and, somehow, this has to work."