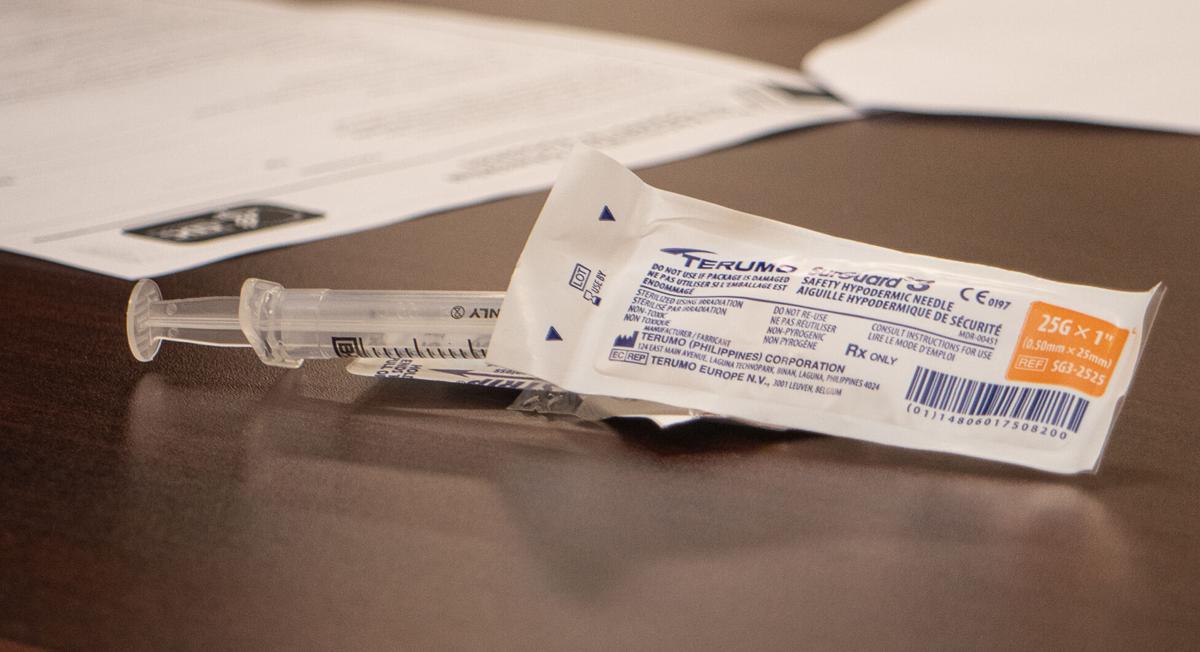 Matt Jones | The Daily Independent A COVID-19 vaccine awaits use at Greenup County Health Department on Tuesday in Greenup, Ky. The department started the rollout of Phase 1B for those aged 70 and older in the state on Tuesaday. 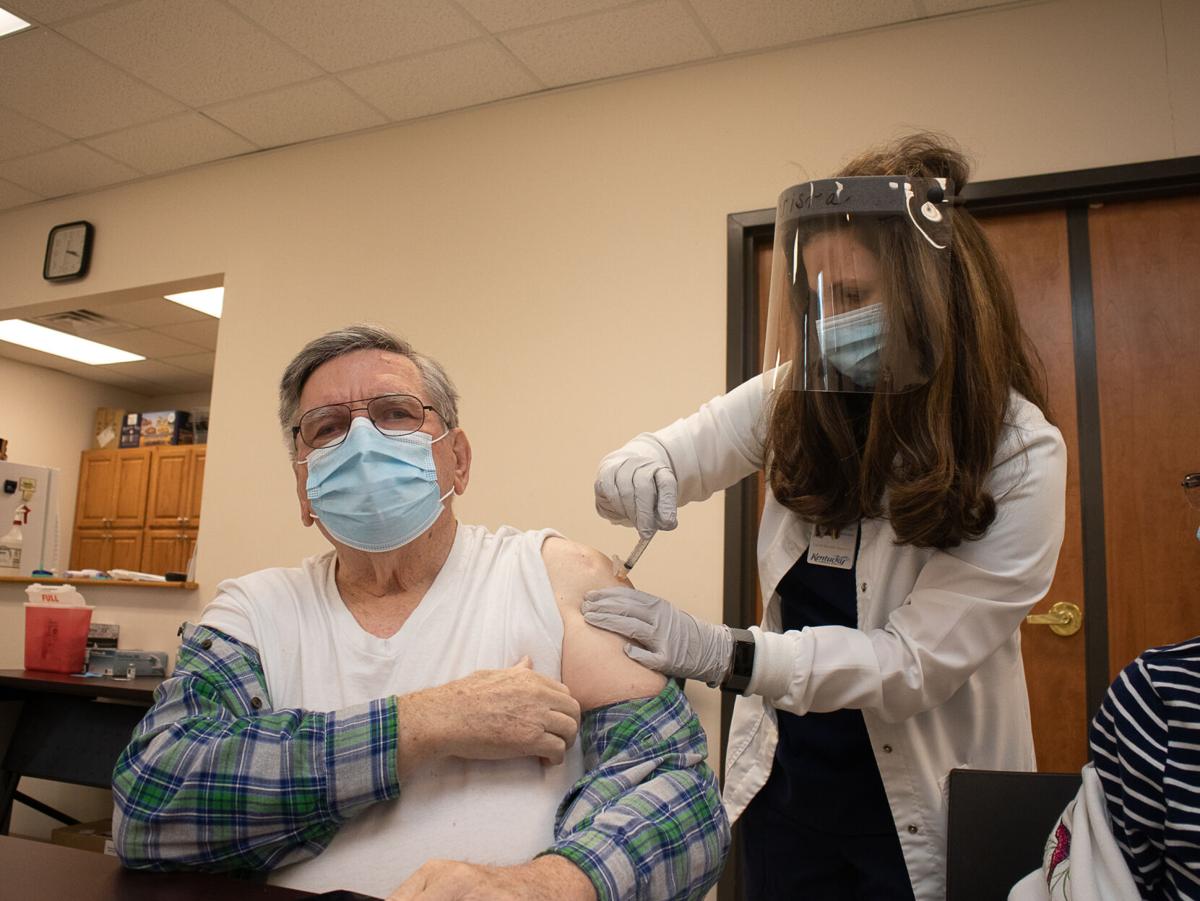 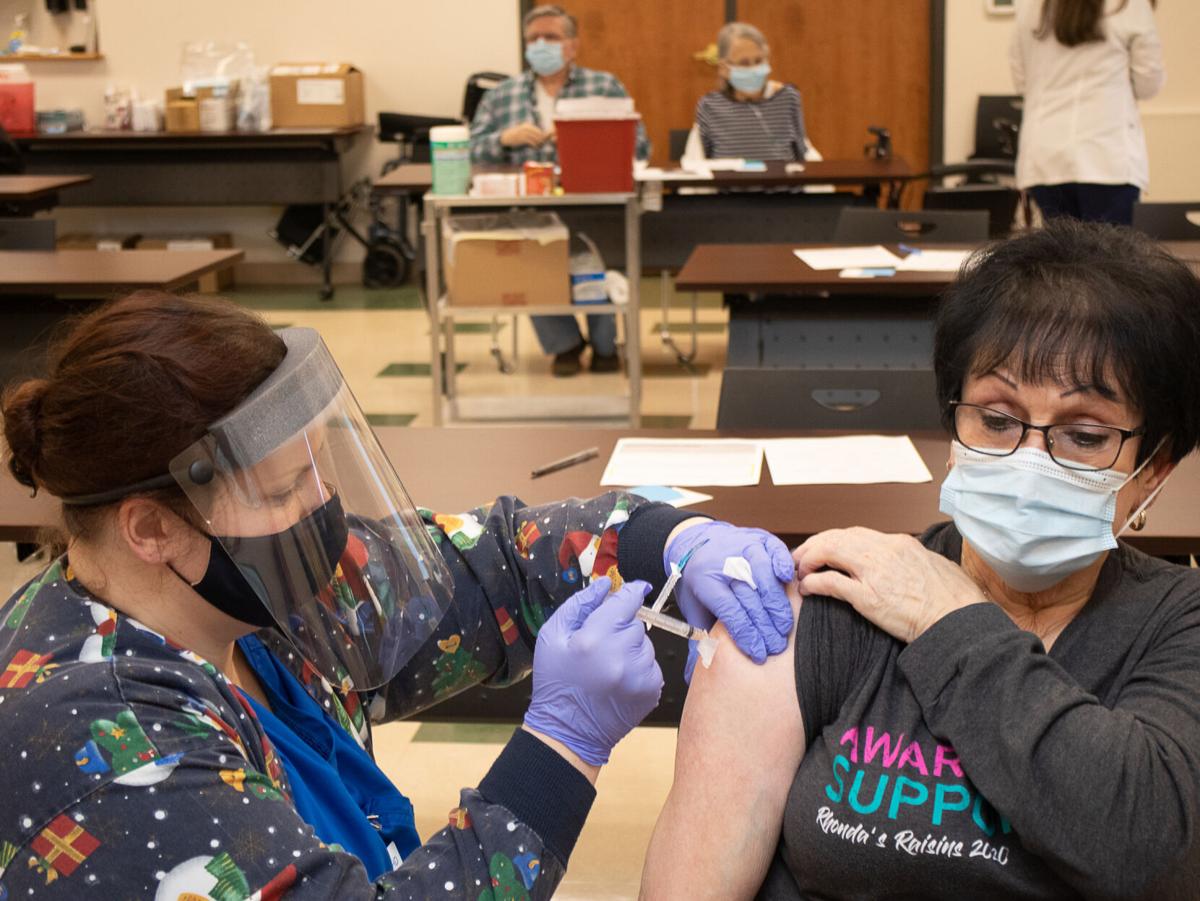 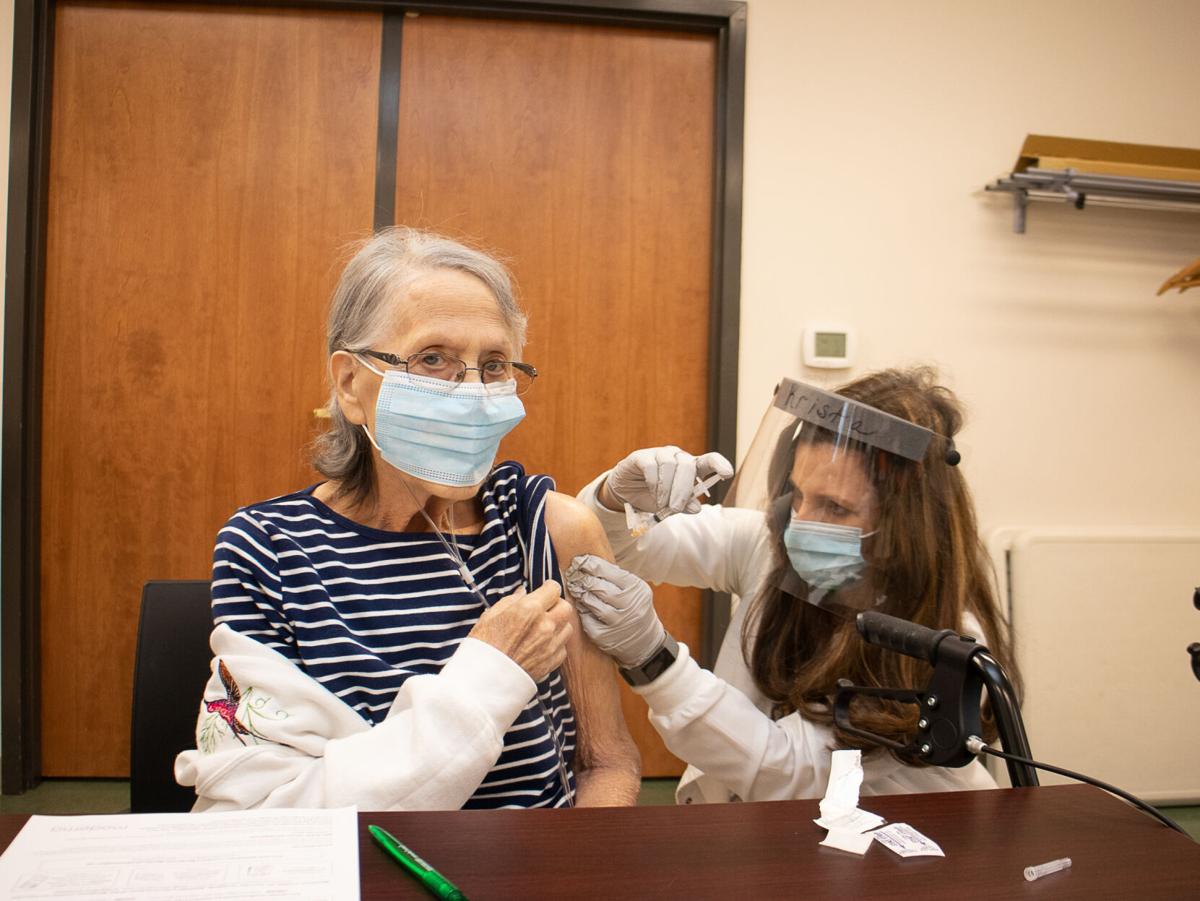 Matt Jones | The Daily Independent A COVID-19 vaccine awaits use at Greenup County Health Department on Tuesday in Greenup, Ky. The department started the rollout of Phase 1B for those aged 70 and older in the state on Tuesaday.

Crum said the entire staff has been extremely busy, and have been working to schedule and administer the 400 available shots.

Health departments in Northeast Kentucky announced early Monday that there is a limited number of doses and appointments are required.

Departments in Boyd, Greenup and Carter counties were ready to schedule appointments.

At the same time they are finishing up the first vaccination phase that includes long-term care residents and staff, health care workers in clinical settings and first responders.

All three departments are administering the Moderna virus, which requires two doses at approximately 28-day intervals.

To get an appointment at the Boyd County Health Department, go to the department's web page, https://www.abchdkentucky.com/, and click on the link.

“I have had two and sometimes three clerks doing nothing but answer the phones and make appointments today,” Crum said on Tuesday. “That’s why I have told people to expect to have to call multiple times to get through.”

The department already was “inundated with calls” as of Monday, but Crum said it cannot accept walk-ins.

The department has four phone lines and expected heavy call volumes. An online appointment portal is in the works, he said.

“They scheduled 400 appointments in the space of four hours,” Crum said. “They did an incredible job.”

Unfortunately, Crum said, for many this was not perceived as being good enough. The thanks the clerks got for their efforts, he said, was being frequently cursed at during the course of the busy day.

The 420 doses that were scheduled will be given out over the course of the next two weeks. About 50 people were inoculated on Tuesday.

“When we have more doses available, we will make the public aware and begin scheduling more appointments,” Crum said.

Crum does not have a precise timeline of when additional shipments of vaccine would be coming.

“The only thing they (the state) has told us for sure is that in 28 days we will be getting the second shot for the ones who are getting the first shot now,” Crum said. “The state only gets 53,000 doses in the span of a week. And that gets spread out all over the state. We don’t know how much of that we are going to get, and it might not be the same amount every week.”

Crum said one of the things that might be confusing people is a large portion of the initial doses went to more rural areas first, which is the reverse of what usually happens.

People are used to the larger portion going to urban areas first, and subsequently there appears to be more available once they reach rural communities. Based upon the way the rollout was implemented, it would be reasonable to think that doses would be sent to the urban areas that had been previously passed over before more is sent to rural areas.

“I fully expect a weekly allocation,” Crum said. “But they aren’t going to send it to us if we haven’t given out the ones we already received. That’s why we are trying to get these doses out as quickly as possible.”

The Carter County Health Department is taking appointments by telephone for those 70 and older, director Jeff Barker said. Supplies are limited. The department received 100 doses of the Moderna vaccine last week and 100 more Monday, he said. The phone number is (606) 474-5109.

The department was compiling a waiting list and on Monday there were about 400 on it with calls continuing to come in, Barker said.

The vaccines will be administered inside the departments and patients will wait outside until called in. Patients will have to wait 15 minutes after the shot in case of adverse effects.

Such effects are rare.

Directors in Greenup and Carter counties said they expect additional supplies to arrive in time for administration of second doses.

Boyd County Health Department officials could not be reached for comment.