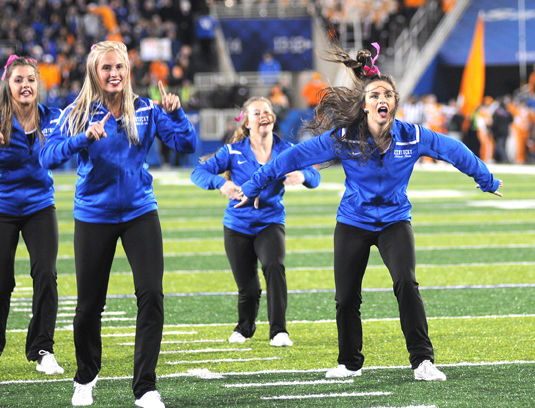 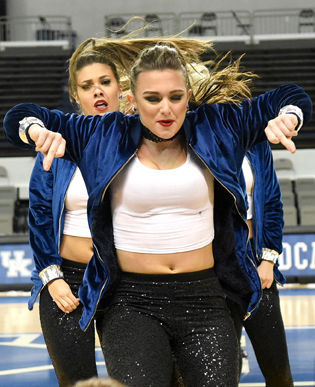 xxxx_UK_Dance_01 Kristen gets into the rhythm of the music as the team practices for their Hip-Hop routine for International Competitionnext next week in Flordia. 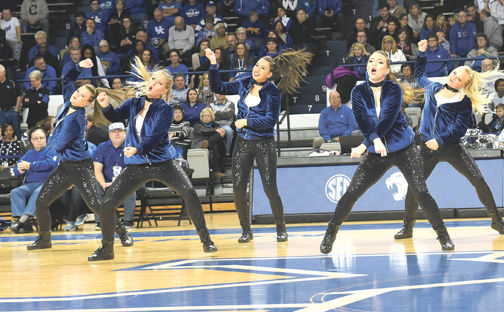 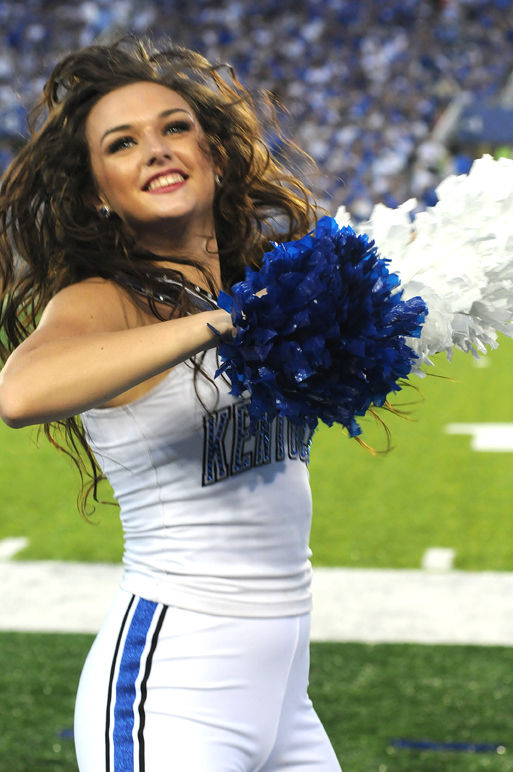 xxxx_UK_Dance_04 Kristen works the sideline to help keep the fans involved in the game..

xxxx_UK_Dance_01 Kristen gets into the rhythm of the music as the team practices for their Hip-Hop routine for International Competitionnext next week in Flordia.

xxxx_UK_Dance_04 Kristen works the sideline to help keep the fans involved in the game..

LEXINGTON — Two local women on the University of Kentucky dance team will be getting the opportunity of a lifetime this week.

Kristen Ratliff and Natalie Swarts, who graduated from Russell High School, will be competing in the International Cheer Union World Championships on Tuesday at Walt Disney World Resort in Florida.

The ICU is the international governing body for cheer and is comprised of 110 member nations. Its World Championship hosts athletes from around the globe, and in 2016 hosted more than 70 nations. The U.S. National dance teams have taken home 18 gold medals and four silver medals in the last eight  years.

The UK dance team will be representing the U.S. in both hip hop and pom competitions, while Arizona State University will represent the U.S. in jazz only. The UK team has placed in the top five in hip hop for the past three years, including second this year, at the United Dance Association College Nationals Dance Team Championships, as well as placing in the top four in pom this year.

Throughout the year, dancers support the athletic teams at UK football games, men’s and women’s basketball games, in addition to making special appearances on behalf of the university. The dance team maintains an average GPA of 3.46.

“I am so thrilled for us to have this incredible opportunity to represent our country as the U.S. National Team in both hip Hop and pom,” said coach Dawn Walters. “I am so proud of my kids for their performances at UDA College Nationals last month and thrilled that they get another chance to perform this season on an international level. This is a dance coach’s dream!”

Ratliff and Swarts began their dancing careers at Tammy Jo’s Dance Studio in Greenup at the age of 4.

“In high school we competed a lot at KAR dance (Kids Artistic Revue) and MA dance (Marching Auxiliaries) and received first place and national championship trophies at those often throughout the years,” Ratliff said. “But growing up, we never competed at dance team competitions like these.”

Both girls have been involved in dance for more than 15 years and say dance has taught them team work, discipline and time management much like any other sport.

“It’s given me so many memories and life-long friends as well appreciation for hard work and dedication,” Swarts said. “It’s also instilled in me a goal of always growing and being better.”

In the last year, Ratliff has had her share of emotional highs and lows. “Getting injured and taken out of the routine only five days before nationals last year due to my knee injury was very rough and upsetting, but I loved getting to watch my best friends perform.”

She had ACL reconstruction surgery in March 2016, and went to physical therapy three times a week for almost nine months straight.

“I actually wasn’t cleared to dance until December 2016 when nationals practice started. So I was almost out for about nine months total.” Natalie’s twin sister, who had always been with her in dance, decided not to try out this year so she could experience different facets of college life.

Dance consumes a great deal of their time. Dancers practice two times a week from 5:45 to 8 a.m. and again on Sunday evenings for an additional two to three hours. The dancers attend all football and basketball games and when the seasons overlap they have been known to perform twice in one day.

Some of their charity work includes participating in the Pediatric Cancer Survivor picnic and the backpack programs at local elementary schools.

Free time is almost non-existent, so they take advantage of their free days when they can. And with the season almost over, tryouts will be the first of May with as many as 125 vying for one of the 50 spots on the squad. Being on the squad one year does not guarantee a dancer will make it the second year.