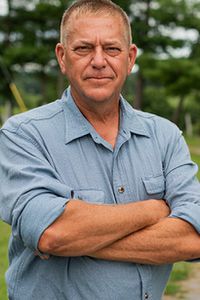 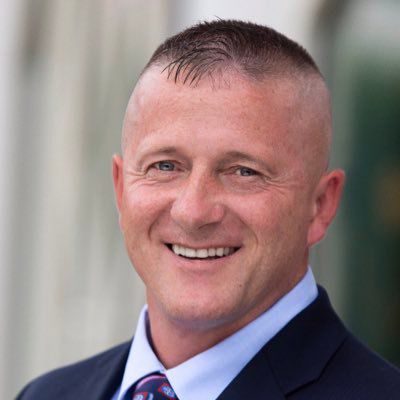 A pair of political hopefuls from bordering states are rooting each other on to unseat well-known Republicans.

They must first emerge victorious in the primary election, but Richard Ojeda isn’t concerned about that for himself or Mike Broihier.

Ojeda, a retired U.S. Army major, has experience. He served in the Mountaineer State’s Senate from 2017-19. After running a brief campaign for President, the Logan native and WVU graduate elected to aim for the seat currently held by Republican Sen. Shelley Moore Capito.

“At the end of the day, you’re going after McConnell,” Ojeda told Broihier during a Zoom call. “I don’t give two s**** about the primary. That don’t mean nothing to me. I’m challenging Shelley Moore Capito.”

The West Virginia primary election is scheduled for June 9. Kentucky’s is set for June 23.

Both military veterans are proponents of UBI (Universal Basic Income).

Former presidential candidate Andrew Yang also tooted the UBI horn. Yang’s idea entailed $1,000 a month to every American adult (18 years and older). Ojeda has been a vocal advocate of the notion.

Broihier added UBI to his campaign in February. He said his son drew him to UBI “not as a freebie, but as an acknowledgement of the essential fairness of an economic plan that valued life, liberty and the pursuit of happiness over speculation, inheritance and profit,” Broihier penned in a letter nearly three months back.

Broihier’s platform is based on fighting for economic and social justice for all Kentuckians, he said. He said common, middle-class people will spend their money locally and UBI could “make this economy roar” as a result. “People want health care and a future for their children.” He said the Dow Jones means nothing to most people.

Broihier, who recently picked up an endorsement from Kentucky Indivisible, said UBI will abolish poverty in America.

“For the first time in forever, we could absolutely grow our economy,” Ojeda said.

The fiery Army veteran who earned two Bronze Star medals during a 24-year military stint is writing a book about “fighting for the forgotten,” he said. He is an avid supporter of unions, teachers and the military, among other groups.

Ojeda used teaching as an example of one type of profession in which money is rarely a factor when choosing that career path.

“Teachers don’t do that job for the money, but what causes teachers to leave is money,” Ojeda said. “You put some extra money in the pockets of teachers, and they’ll stay an educator in their hometowns, where they want to be.”

Broihier and Ojeda agree on several other issues as well, including increased internet connectivity in rural parts of the country.

Ojeda said it’s up to prospective politicians such as them to “change Washington.”

“I’m sick and tired of lifetime politicians,” Ojeda said. “They don’t hold positions because their leadership is better. They just raise more money than other people.”

Broihier and Ojeda are working social media and setting up numerous Zoom meetings over the next few weeks to get the word out about their grassroots campaigns.

If Broihier and Ojeda can both eventually represent their states in the U.S. Senate, Broihier deemed a quote from “The Outlaw Josey Wales” fitting.

“Hell’s coming to breakfast,” he said.