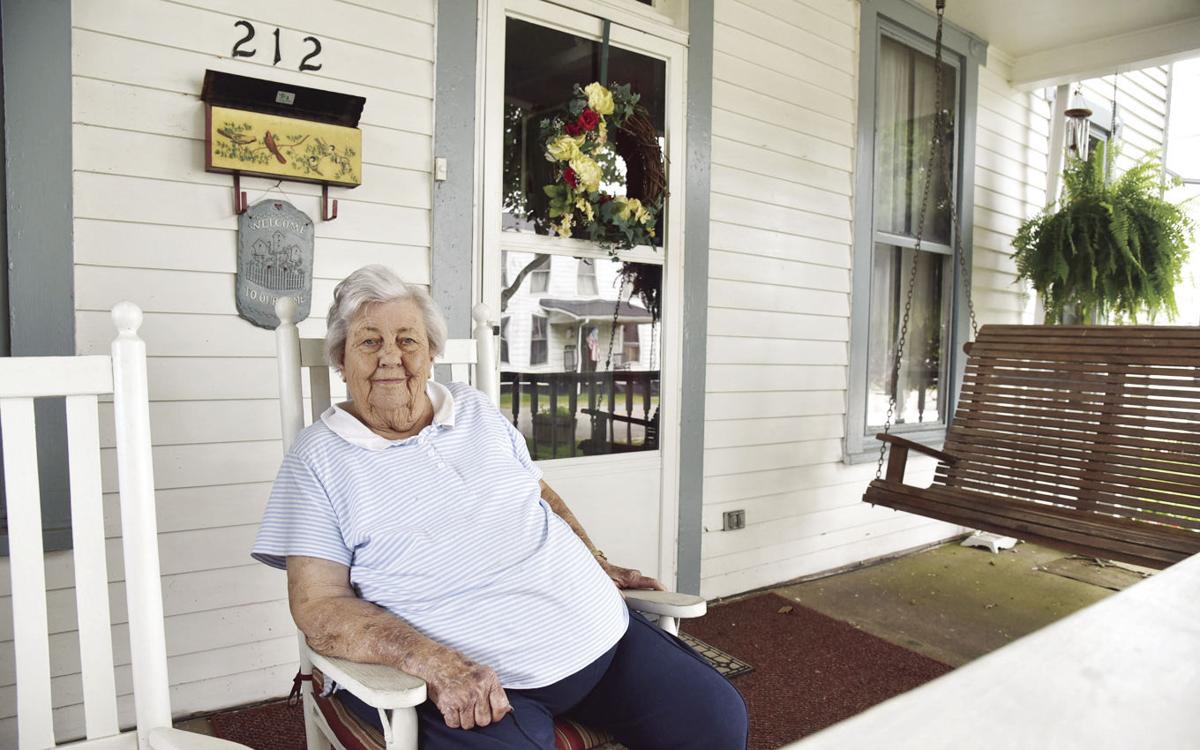 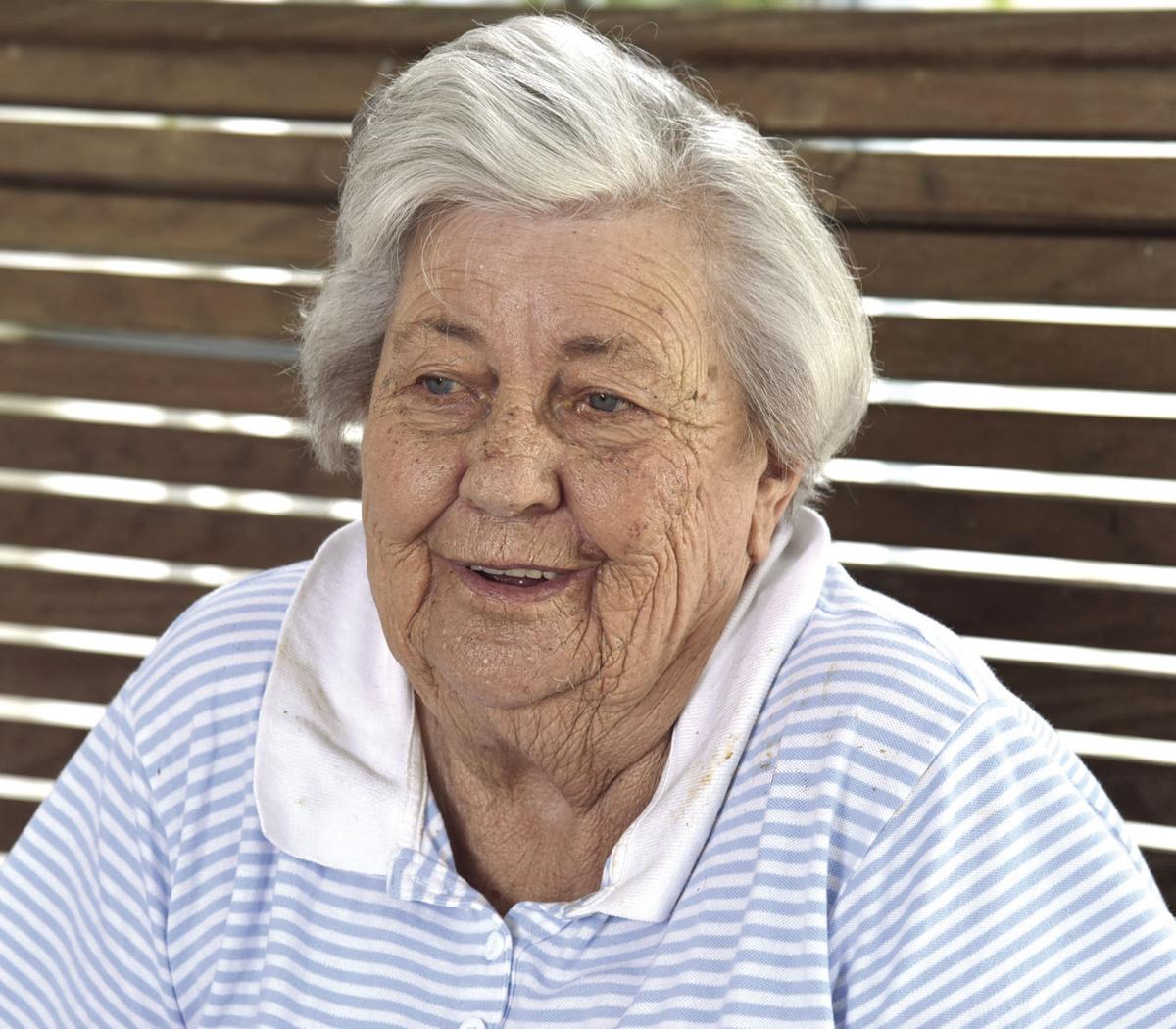 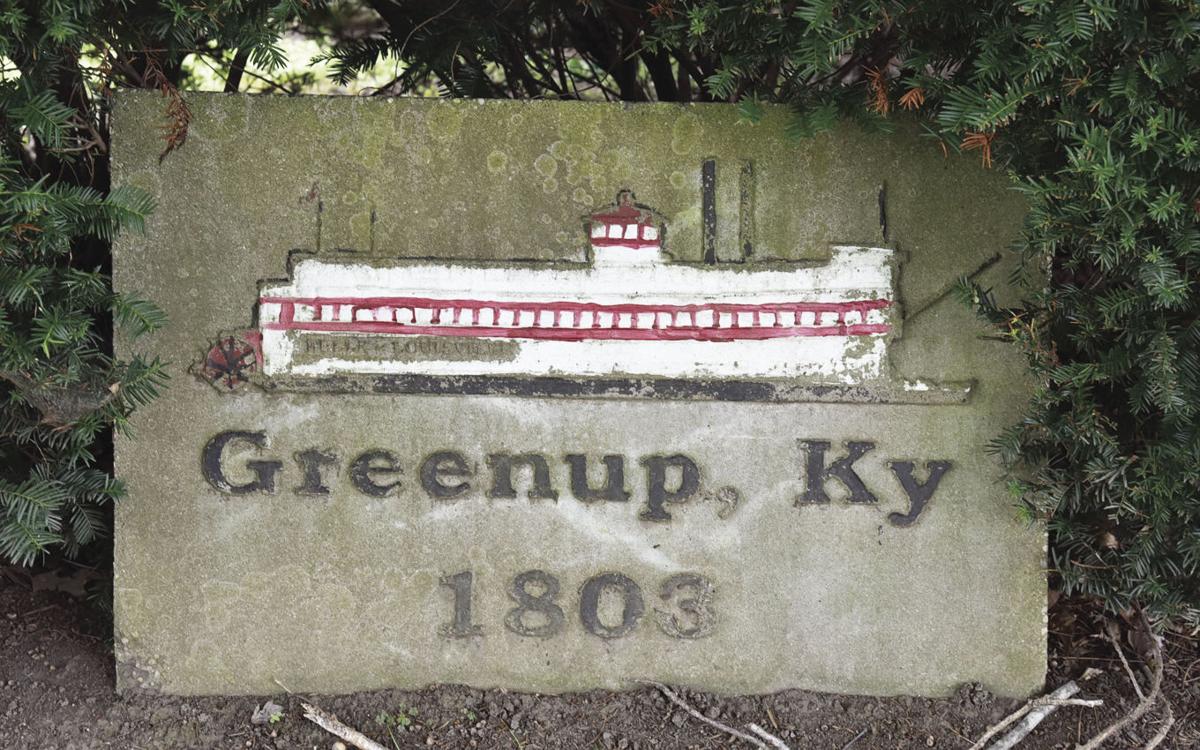 Historical marker in the landscape of Mattie Coldiron's home on Main Street in Greenup. KEVIN GOLDY | THE DAILY INDEPENDENT 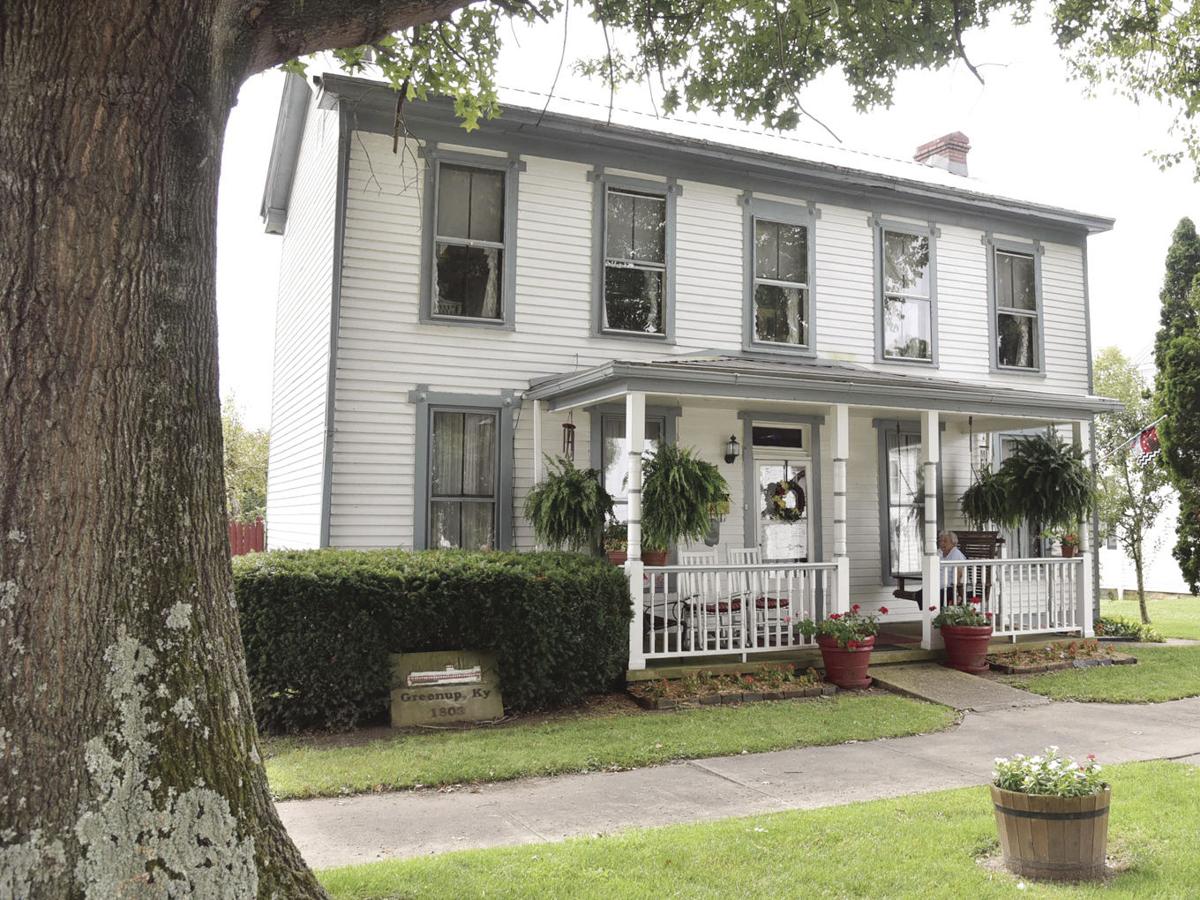 The flood of 1937 hit the area hard. Vintage photos from around the local region show businesses submerged and homes abandoned to the mercies of an angry Ohio River.

Lifelong Greenup resident Mattie Coldiron remembers the flood through the eyes of a 6-year-old child at the family home in downtown Greenup. The single story home where she and her father lived was engulfed in the flood, and the pair were forced to evacuate. When the waters receded, her father decided that he needed a two-story home on Main Street in Greenup.

It is a home Coldiron lives in to this day.

“I was born in the little house on the corner,” Mattie Coldiron said, pointing from her porch down the City of Greenup’s Main Street.

“Daddy bought this house after the ’37 flood because he was going to have an upstairs. That house didn’t have one, and the water went almost over the top of it. That house was the one he was raised in.”

The home Coldiron has lived in since she was six has two bedrooms upstairs and a bath, but the downstairs could accommodate other bedrooms (which it once did) should she choose to rearrange its current layout. The porch, she pointed out, used to go around the home, and there were three small rooms on one side. This had to be removed due to damage, but the rest of the house is in good shape, Coldiron said.

It was shortly after they moved in that Coldiron’s father decided to turn part of the house (the three downstairs rooms) into a Tourist Home. “It was during the marriage racket,” Coldiron said with a laugh. “Everyone was coming to Greenup to get married at that time because you didn’t have to wait three days. It was before the war started (World War II) and everyone ran to Greenup to get married. A lot of them stayed in the house afterwards.”

“Once the war got started, it was hard to get fuel so it slowed down quite a bit. I remember my Daddy put a big round sign up that said ‘Closed for the Duration, or after Hitler’s Funeral.”

But during the several years that Coldiron’s father ran the Tourist Home, she said that there were always people there. Many of the couples would show up, and her father would call the local preacher to come down and marry them.

“A lot them got married right there in the living room, and I would have to be a witness, “Coldiron said. “Even though I was only 6 or seven.” Given the situation, she believes it is possible she has witnessed more marriages than anyone. She remembers the time fondly, and said that it was a good time in her life.

A lot of the patrons, Coldiron said, came from Ohio. Greenup had a ferry at that time, and many people would travel that route to Greenup. “I don’t know how many people actually got married or stayed here,” Coldiron said. “But there were a lot of them, and they would show up at all hours of the day and night. Even when Daddy would put up a ‘No Vacancy’ sign, we would still have people knocking on the door in the middle of the night looking for rooms.”

After her father closed the Tourist Home, Coldiron said there was a big push to collect scrap metal. People would bring what they collected to the courthouse and drop it off, and she remembers she and her friends collecting all of the scrap metal they were able to find as well.

Her father, she said, didn’t reopen the Tourist Home after the war. But Coldiron herself stayed there even after she married, and lives there today with fond memories of her childhood, friends and family, and all of the visitors she has watched passed through the City of Greenup.

Rita Johnson, 83, of Greenup, Kentucky, went to be with the Lord Saturday, January 25, 2020, at Community Hospice Care Center in Ashland, Kentucky. Rita was born April 25, 1936, in Rising Sun, Indiana, a daughter of the late James R. and Marie Edmonson Johann. Rita was a 1954 graduate of Lew…

Jeff "Mac" McCalvin, 58, of Ashland, died Friday, January 24, 2020, at his home. Jeff was born April 28, 1961, in Ashland, Ky., a son of Mitchell and Georgia Irene Coffey McCalvin. Jeff was a retired firefighter from the Ironton Fire Department. He was a member of Williams Creek Community Ch…