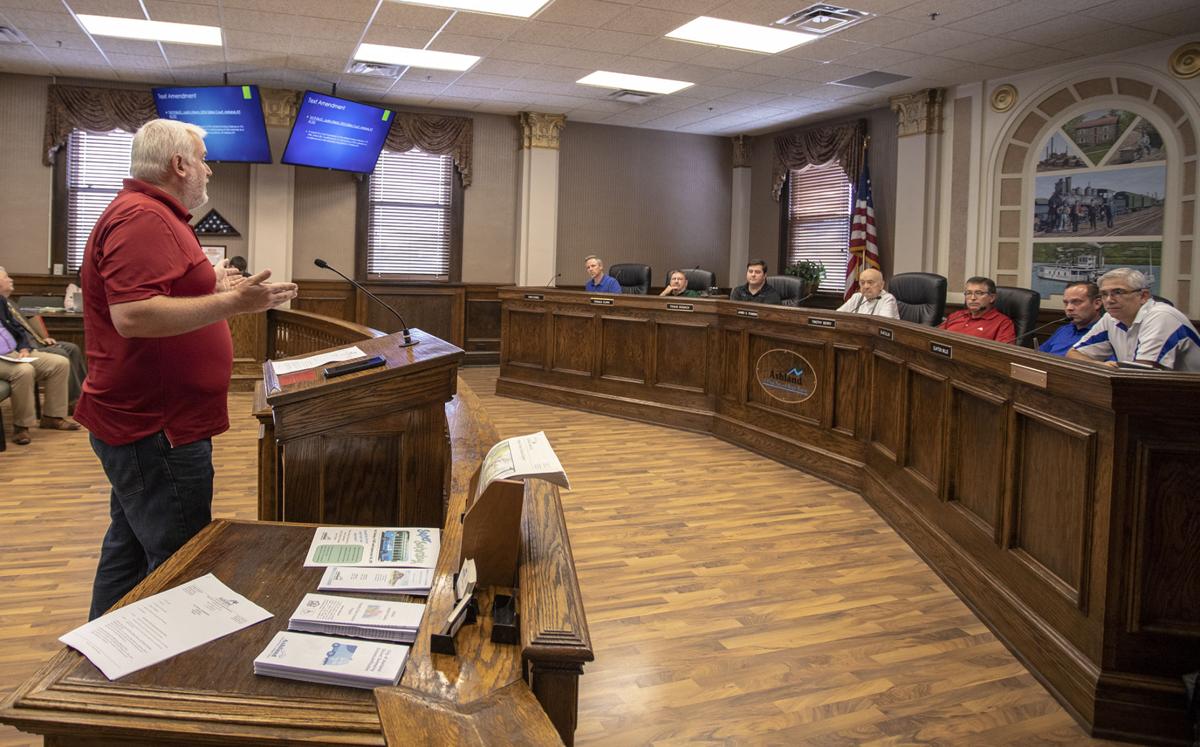 Justin Litteral stands at the podium at the August Planning Commission meeting on Tuesday, Aug. 20. Photo by Temecka Evans 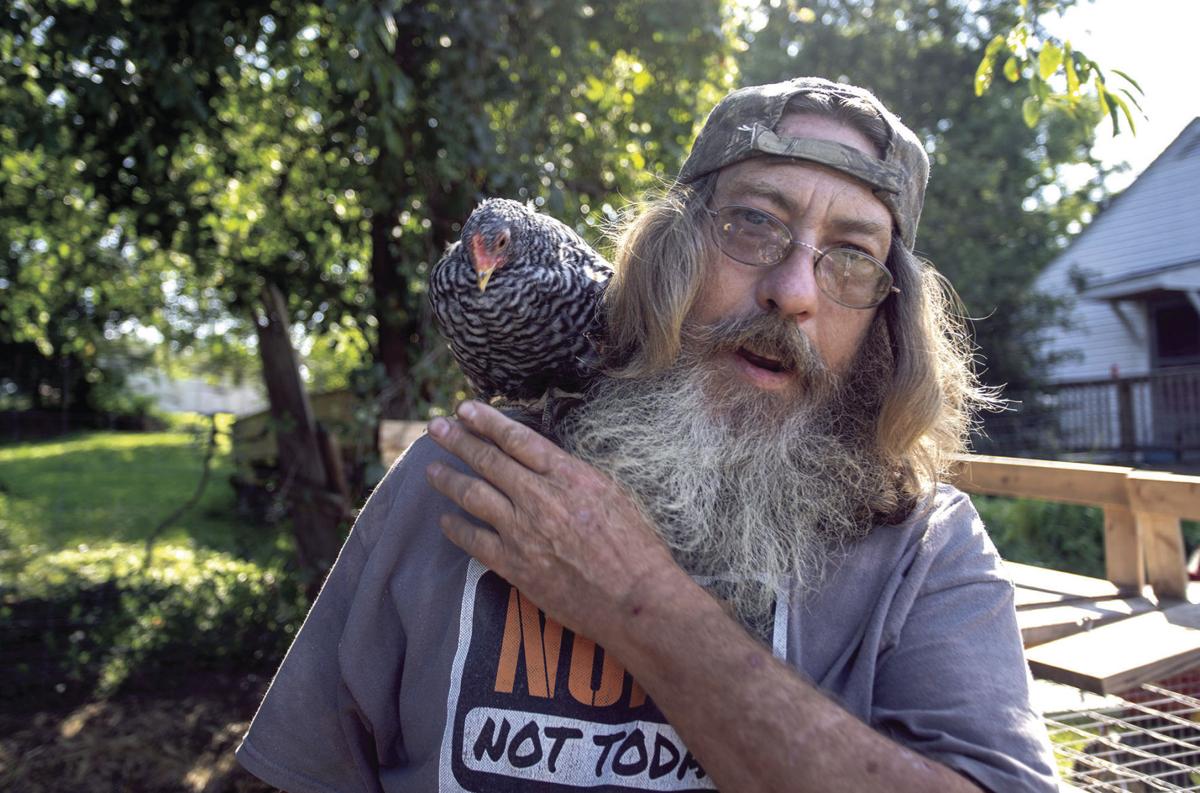 Chuck Litteral holds one of this several chickens at his home in Ashland on Friday, July 26. Photo by Temecka Evans

Justin Litteral stands at the podium at the August Planning Commission meeting on Tuesday, Aug. 20. Photo by Temecka Evans

Chuck Litteral holds one of this several chickens at his home in Ashland on Friday, July 26. Photo by Temecka Evans

ASHLAND City residents Justin and Chuck Litteral were hoping for good news this week in their push to have pet chickens in Ashland.

The pair’s request to the city to change its ordinance, however, just didn’t fly.

The father and son duo went in front of the Ashland Planning Commission on Tuesday to seek permission to deviate from the established city ordinance that prohibits them from keeping their pet chickens and rabbits and allow conditional use of these animals.

Their request to have their pets — and to also change the ordinance — was made through the city’s department of Economic & Community Development. Chickens and rabbits are considered farm animals under the Ashland zoning ordinance and are labeled as farm animals, thus preventing residents from keeping them as pets.

The Planning Commission did not act on the Litterals’ request.

“A reasonable request was shot down before it had a chance,” said Justin Litteral. “I feel like it was a failure of the system to do its job.”

The current ordinance states that no animals other than household pets shall be permitted in any zoning district unless specifically permitted, and a household pet is defined as “animals normally and traditionally considered ‘pets.’” These do not include animals kept, raised or bred for commercial purposes. The classification does not include animals normally and traditionally considered farm animals such as horses, poultry and bees.

“I’m not saying any of these people are wrong or any of them are right. I’m saying there needs to be more information and to say ‘yay’ or ‘nay’ because if you are ignorant of a subject then how can you make an informed decision,” said Chuck Litteral.

The two were met with little support on the Planning Commission. Members of the community showed up to the meeting and spoke against having chickens within city limits. David Stump and Kent Mansfield expressed opposition to changing the ordiance or allowing farm animals in the city.

The application Justin Litteral submitted asked the Planning Commission to consider a text amendment to the zoning ordinance that would allow people to keep traditional farm animals with a permit or other conditional reason.

“I wasn’t for it the way it was written,” said Stump. “The way it was written as all farm animals that means chickens, cows, anything and for the whole city. If they want to have some conditional uses that is one thing, but this was just too broad and that was what I was against.”

The chickens were kept in Chuck Litteral’s yard since April, but they received a notice from the city they were breaking the ordinance in June. They were given 10 days to remove the animals from the property and were permitted to keep the animals until the end of August so they could make their case in front of the Planning Commission.

Assistant City Attorney Andrew Wheeler said the Planning Commission will not report back to the city’s Community & Economic Development office, which will then pass along the information to the city Board of Commissioners.

“There was a motion to approve. There was no second so it failed for inadequate support, and they did not approve it. We (the city) have 60 days to present that (in a city commission meeting),” Wheeler said.

Chuck Litteral received the violation because of a complaint from a neighbor regarding noise from the chickens.

The chain of events lead Justin Litteral to go to city hall to formally announce his desire to challenge the rule. Even though the Planning commission has denied the request he will resubmit his case with more specific wording in an effort for the pair to keep their pets.

“I’m going to request again, but this time I’m going to be way more specific on what I’m requesting. I’m going to use some of these other ordinances as a frame work so it isn’t vague,” said Justin Litteral. “But this takes away the point. I’m not trying to hem the city commission to do this or that. I’m trying to get them to look at what is best for Ashland.”