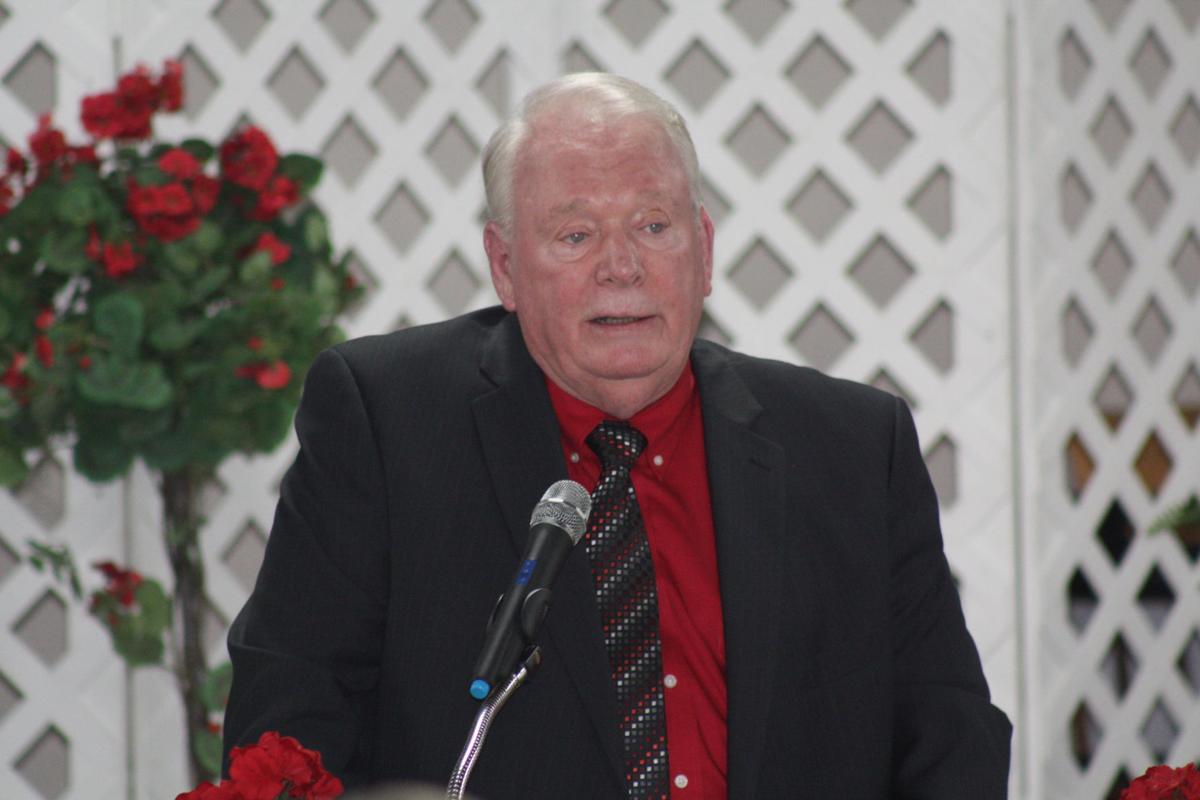 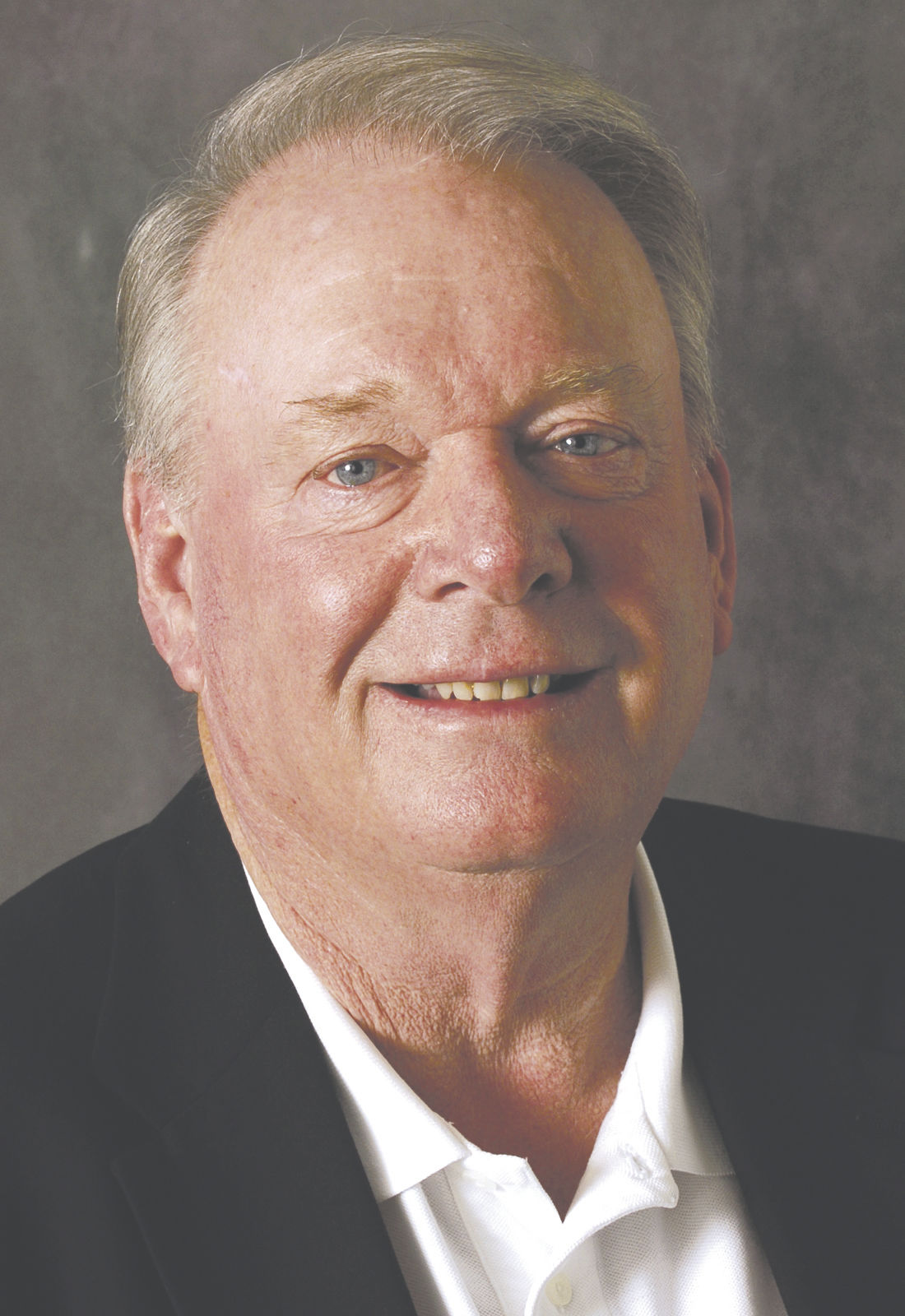 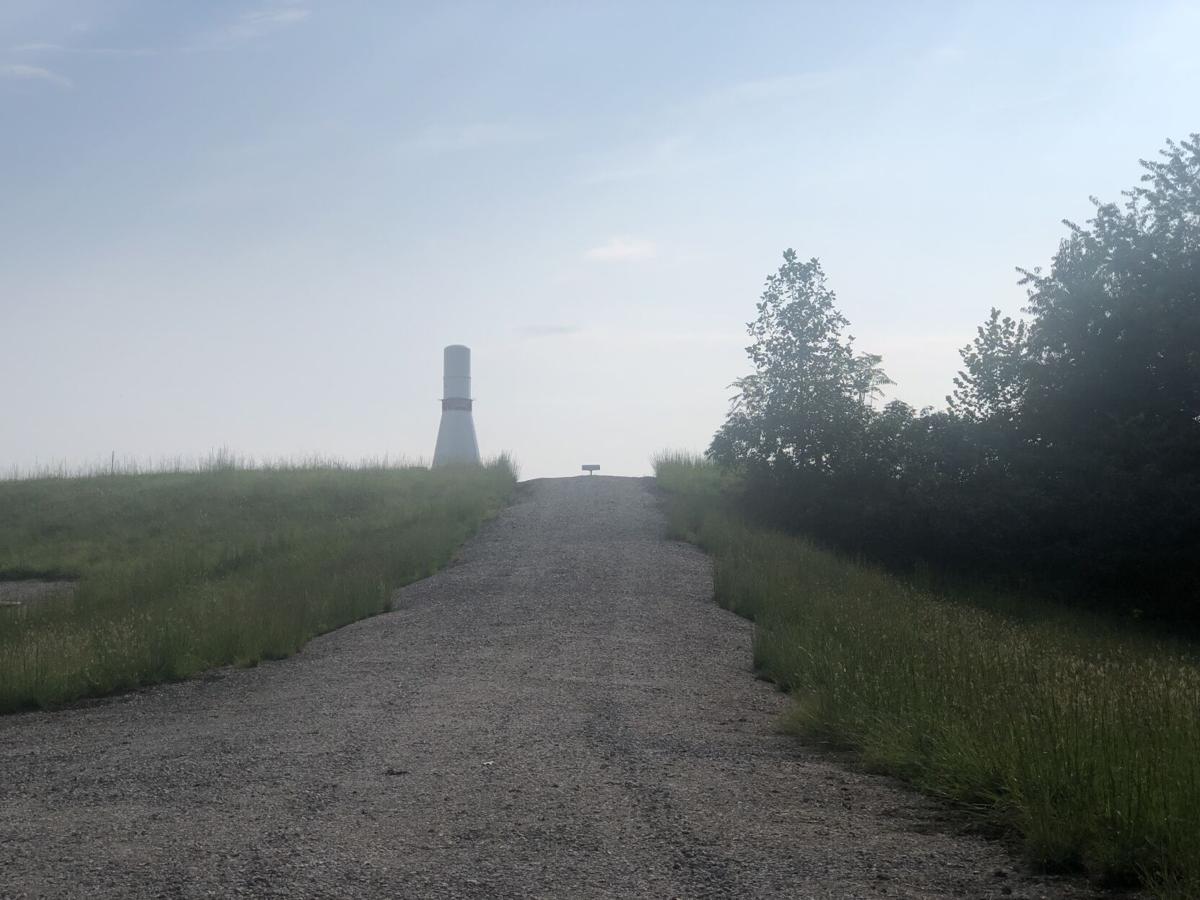 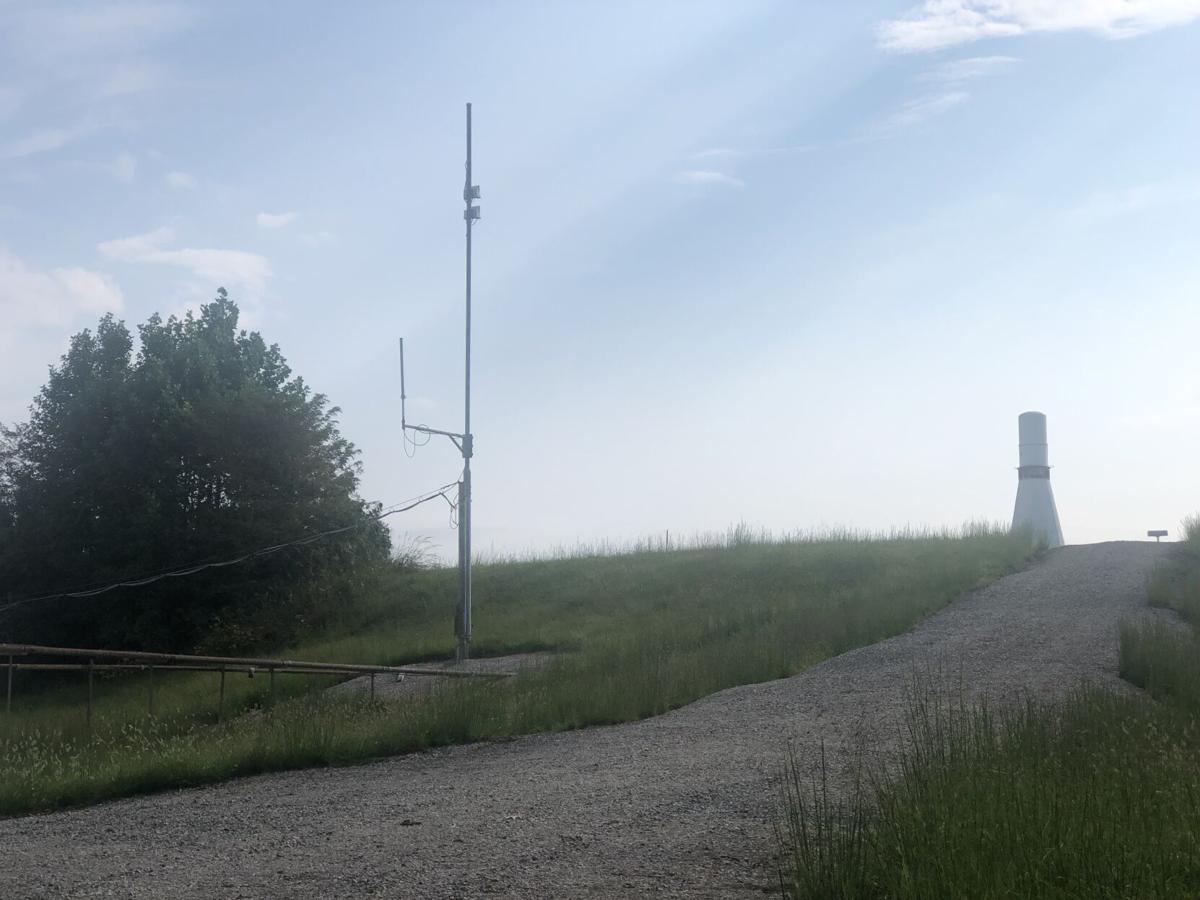 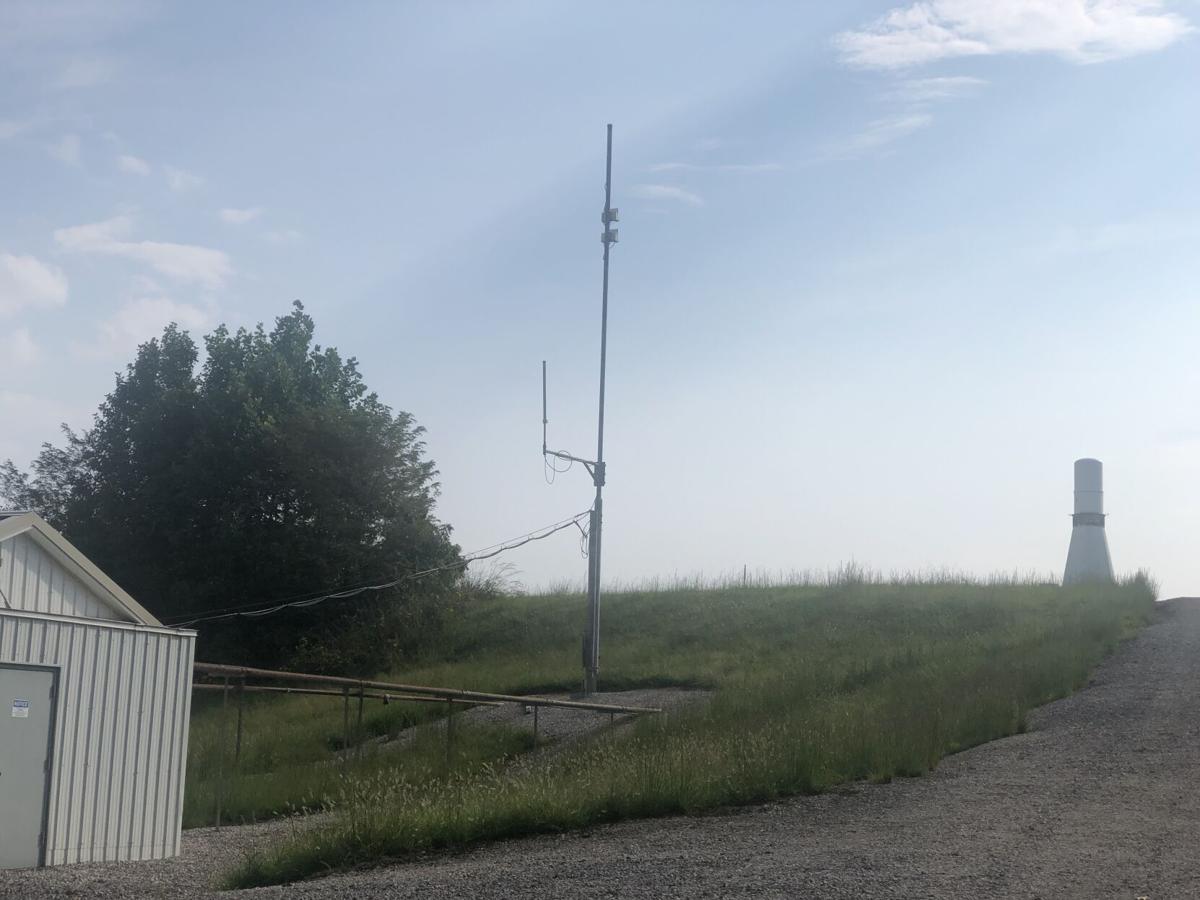 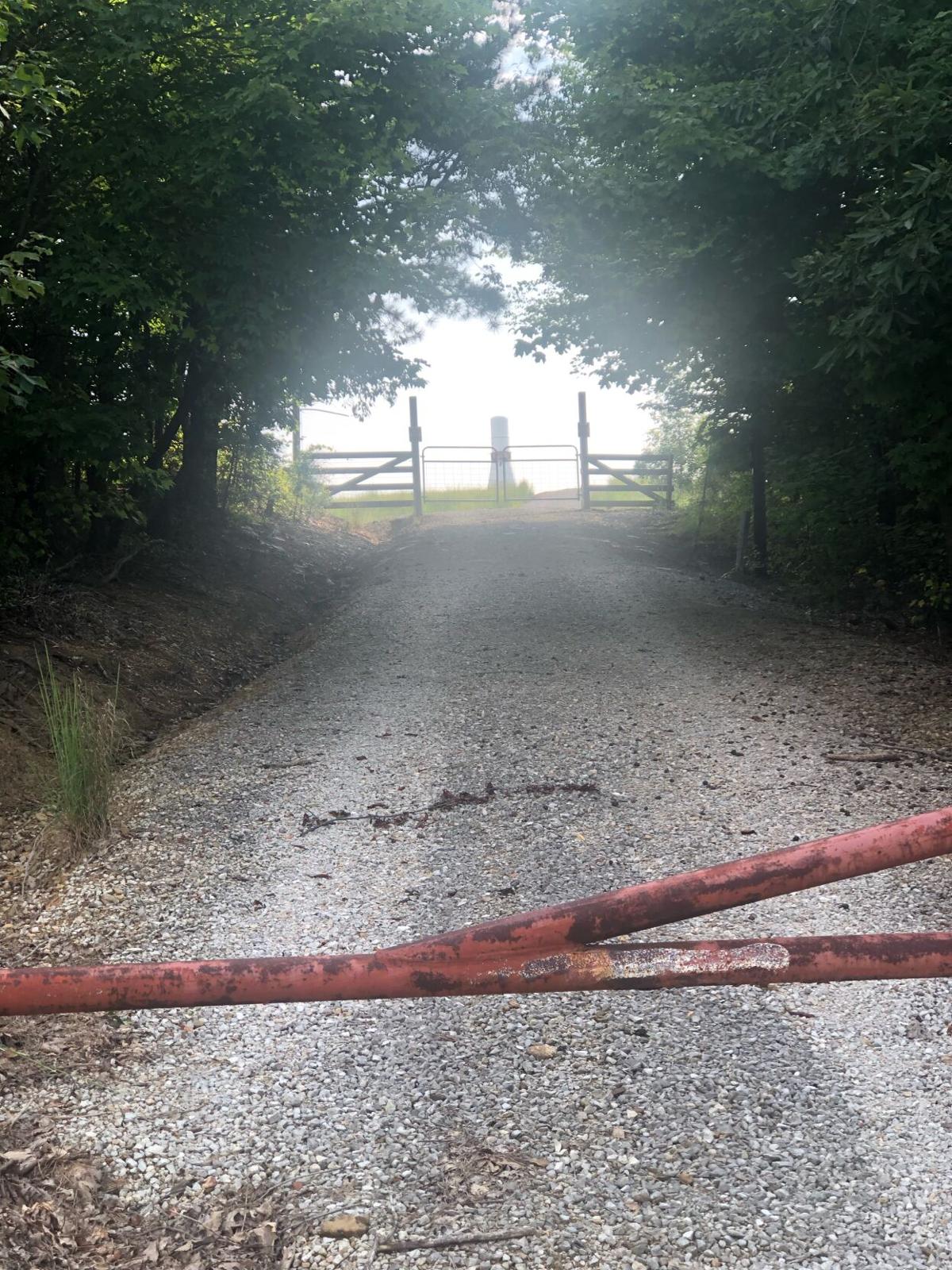 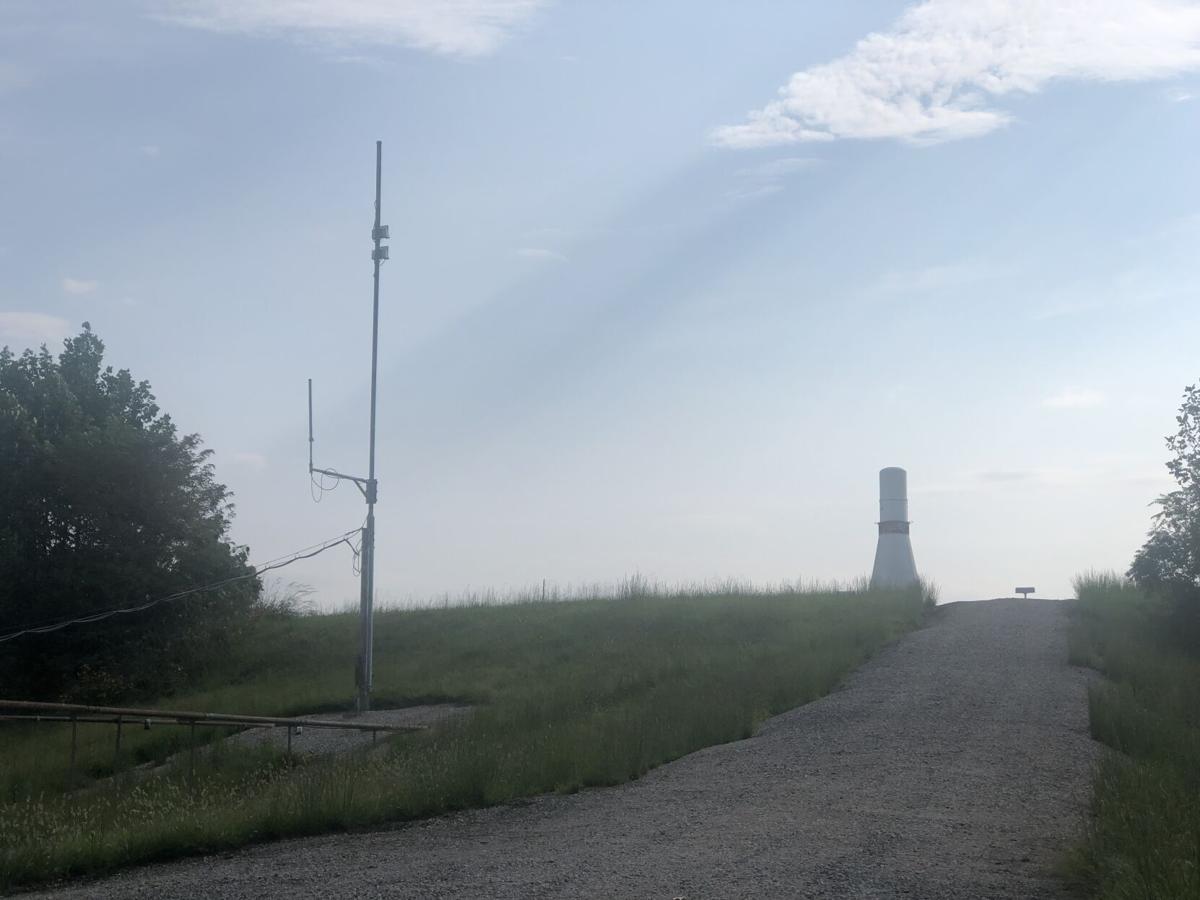 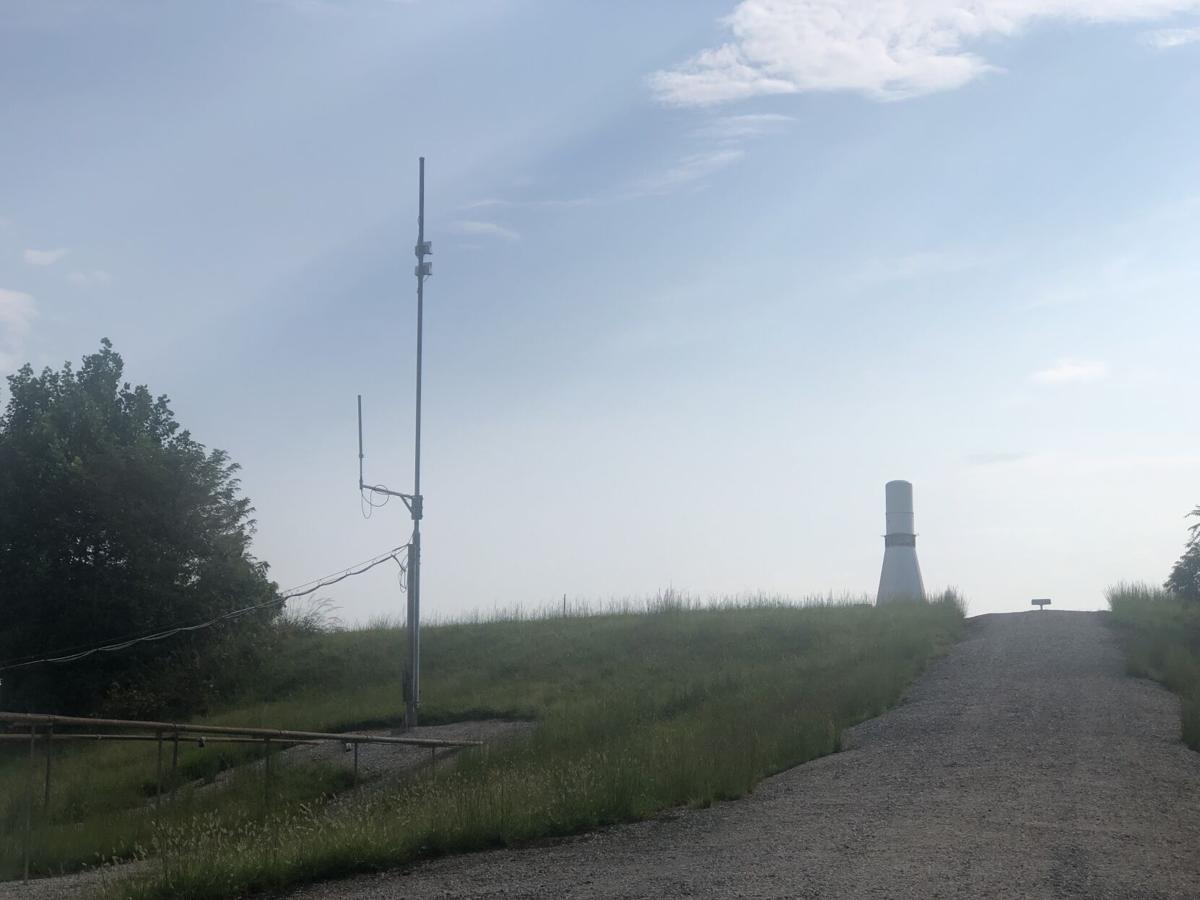 BEAUTY RIDGE It's an unassuming place, certainly an unlikely setting for a key moment on one of the defining days in American history.

Heading up a hill in this rural Greenup County hamlet, a one-lane gravel driveway leads to a padlocked tube gate, behind which sits the York VORTAC — a radio-based navigational aid for airplane pilots.

It isn't easily visible from Blackbird Road heading east-southeast, especially with leaves still on trees in late summer, and if you aren't specifically looking for it. If not for a sign warning potential trespassers, looters or mischief-makers that tampering with its equipment may result in loss of human life, the site might be thoroughly unremarkable to the incurious.

But the York VORTAC may well have been the closest landmark — particularly from an aviation standpoint — to where American Airlines Flight 77, bound from metropolitan Washington to Los Angeles, was hijacked on Sept. 11, 2001 and violently re-routed for the Pentagon, where it crashed as part of the deadliest terrorist attack in recorded history.

Tom Cooksey, a Boyd County native who was working as an air traffic controller at Tri-State Airport just outside Huntington, said the Federal Aviation Administration's Indianapolis Center contacted his tower that morning. They had lost touch with an airplane — as it turned out, Flight 77 — and "the way they reported it to me, he was right around York VORTAC when it happened," Cooksey said.

The Indianapolis Center was calling to see if Huntington's radar coverage, which extended 60 miles in every direction from that airport, had caught anything unaccounted for or out of the ordinary.

Huntington hadn't. About 40 minutes later, Flight 77 met its end in Arlington, Virginia, taking 189 souls with it.

At first, another day

Cooksey had no indication on the morning of Sept. 11, 2001, that it would be especially unique amongst 30 years' worth of work days he'd spent in the air traffic control tower at Tri-State Airport.

Cooksey's agenda at the regional public airport in Wayne County, West Virginia, that Tuesday was ostensibly simple: training a new employee and filling in as chief, with the previous manager having moved on to a new job in Charleston and the new head yet to arrive from New York.

"There's a good line in a book, talking about aviation being hours and hours of sheer boredom, punctuated by moments of sheer terror. That's how the author of the book defined being a pilot," Cooksey said. "You could be sitting there bored out of your gourd, and then all of a sudden something happens and it's terrifying, because of what the results could be.

That scenario presented itself bright and early on Sept. 11, 2001. The first hijacked plane of four, American Airlines Flight 11, crashed into the North Tower of the World Trade Center at 8:46 a.m.

About 600 miles west-southwest, Cooksey was engaged in his training session with the Huntington tower's new employee when a co-worker, who had been watching television in the break room, came upstairs to inform Cooksey of the news from New York.

"When she said that to me, my first thought was, a small airplane," Cooksey said, "some sightseer got in trouble and just got too low and ran into one of the buildings. And then when she explained it was a large aircraft, an airliner, I thought, wow, that's really unusual. I mean, what happened?"

Cooksey sent his co-worker back to the TV to monitor the situation for updates. She wasn't gone long.

"It wasn't but just a few minutes," Cooksey said, "she comes out and says, 'Another plane just hit the other tower.' And the minute she said that, instantly, it was terrorism. I knew that instantly."

That was United Airlines Flight 175, which hit the World Trade Center's South Tower 17 minutes after the first crash.

Cooksey didn't have time to dwell on it. A third plane soon went missing — right in his back yard — and his phone began ringing.

As the FAA — Cooksey's employer on 9/11 — scrambled to ascertain the situation and respond to it, Flight 77 veered off course and its transponder was turned off. Particularly in light of the day's events, that quickly set off alarm bells.

"We got notified by Indianapolis Center that they were looking for another aircraft that they had lost on radar, and that turned out to be Flight 77," Cooksey said. "We were already looking at our radar displays, but they called and asked us, 'Are you seeing anything out here that you don't know what it is, a fast-moving jet airplane? Because we have lost communication with Flight 77.'"

The Indianapolis Center's radar coverage was directed toward aircraft 10,000 feet in the air and higher, Cooksey said, whereas Huntington's radar would have more closely covered the ground. That was why Indianapolis contacted Huntington, but that ultimately proved fruitless.

Cooksey said he was told the hijacking happened right around the York VORTAC. The Indianapolis Center "highly suspected it," Cooksey said, based on Flight 77's previous route, even as the plane's transponder had been turned off. And the flight data recorder recovered from the crash site "pretty much confirmed what they suspected," Cooksey said, "that that was the flight path and that was about the point where (the hijacker pilot) turned around and went back to Washington."

"Pentagon 9/11," a book originally commissioned by the Department of Defense and written by Alfred Goldberg, Sarandis Papadopoulos, Diane Putney, Nancy Berlage and Rebecca Welch, corroborates this, or at the very least that this event happened in the airspace near northeastern Kentucky.

"In a speculative reconstruction of what took place in the plane, it seems likely that over eastern Kentucky the hijackers made their move, probably between 8:51 and 8:54 (a.m.), and took over Flight 77," the authors wrote. "Under the control of the five terrorists, at about 8:55 a.m. Flight 77 turned south and then five minutes later turned eastward from a point near the junction of West Virginia, Ohio and Kentucky."

Northeastern Kentucky's connection to Sept. 11 — tenuous though it may have been — is one of the more significant parts of the day's events to Cooksey, he said.

"We were just part of the story," Cooksey said. "I think it's nothing more than coincidence, but the coincidence is, at that point in time, a decision was made on the airplane to reverse course and head back to the Pentagon. It just happened to be the Ashland area. ... I guess it's because it's such a historic event and it happened so far away, but here we were, closer to it than we actually realized."

As it became apparent a fourth flight, United Airlines Flight 93, had been commandeered, Cooksey and air traffic controllers around the country got their marching orders from the FAA: to "sanitize" the airspace, or to get every plane on the ground as soon as possible and keep them there.

Cooksey was responsible for seeing to that in the airspace assigned to Huntington's tower — everything 10,000 feet and below in a block whose corners were Portsmouth, Gallipolis, Pikeville and Morehead. That space included about 10 airfields, Cooksey said.

He estimated there were "fewer than a dozen" airplanes out at that time in that area and that they landed at either Tri-State Airport or Ashland Regional Airport in Worthington.

"Once it was explained to them that there's been a national ground stop and a national sterilization of the airspace, no one is to fly, everybody was cooperative," Cooksey said. "There were a few people that said, 'Well, ya know, I'm only going to so-and-so.' I was like, 'No, you gotta land here. You gotta land here.'"

Sept. 11, 2001 wasn't the first time air tragedy had affected Cooksey's career. In fact, he began working in Huntington as an indirect result of the Marshall University plane crash in 1970.

In the wake of the well-known accident that killed 75 people, nearly wiping out the entire Thundering Herd football program, Tri-State Airport received upgrades that included a runway extension with a new instrument landing system and the installation of radar, Cooksey said.

At the time, Cooksey was working for the FAA in Washington. But the FAA needed air traffic controllers in Huntington with radar experience, and in 1971, Cooksey asked for a transfer.

"It was home, and my wife and I had two small kids," Cooksey said. "Our parents lived here, so it was an opportunity for us to come back home."

9/11 also wasn't Cooksey's first experience with hijacking. In 1970 in Washington, he was contacted one night "just out of the clear blue" by a pilot whose aircraft has been threatened.

"He said, 'Mayday, mayday, Flight so-and-so; we got a hijacker on board, we want to land at the nearest airport with good weather,'" Cooksey recalled. "And at that time, he was just about right over top of Dulles International Airport, so I said, 'Dulles is reporting clear and 10' — clear skies and 10 miles' visibility — and he said, 'That's good; let's go to Dulles.'"

That story had a more pleasant ending than Sept. 11. The plane landed, and "by the time they got on the ground, the co-pilot had talked the hijacker out of the gun," Cooksey said.

Such previous professional experiences weren't spinning between Cooksey's ears on 9/11, though, he said, and they don't today, either. And, though the FAA recognized Cooksey as the top operations supervisor for a facility of Huntington's classification in the FAA's Eastern Region in 2002, partially because of his performance on 9/11, he preemptively eschewed any attempts at making him out as a hero.

"Just a normal person that had a normal job to do," he said, "and I did my job, what was required at the time."

But Cooksey, who was less than a year and a half away from retirement on Sept. 11, 2001, did say the experience of a life lived helped him handle the events of that day.

"I think as we get older in life, as you mature and get older, you obviously look and handle things differently as a 60-year-old person than you did as a 20-year-old person," Cooksey said. "That's just part of the maturation process.

"Old bourbon's better than young bourbon," he concluded with a chuckle.