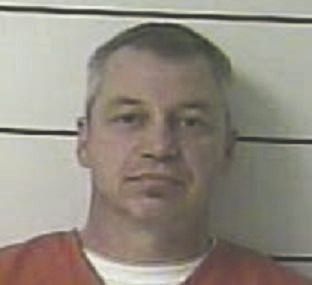 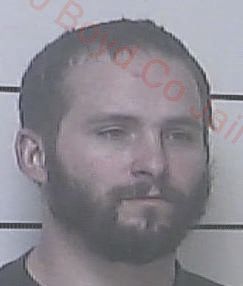 The task force, formed following a September 2019 announcement that Boyd County would be labeled a HIDTA county, was officially installed on Jan. 1.

On Thursday, the force’s lead agency (Ashland) made major strides in a case involving a local motorcycle gang in Meads. Police located a handgun, two shotguns, gang paraphernalia, counterfeit currency, cash and a quantity of methamphetamine at a house on Booth Quillen Road, according to Ashland Police Chief Todd Kelley.

Police arrested Donnie Ray Bryant, of Catlettsburg, for first-degree possession of methamphetamine (first offense). He was taken into custody at Boyd County Detention Center. He was one of several individuals at the house.

Authorities have issued a warrant on Anthony “Gibby” Gibbs for trafficking “a significant amount” of methamphetamine, according to Kelley. The above findings will go against Gibbs, too. He has not been located. Gibbs, the renter of the residence Ashland’s SWAT team entered on Thursday morning at 10:30, is the leader of the motorcycle gang, according to Kelley.

Kelley said police issued a warrant at his house along with a storage building and a clubhouse associated with the property.

Kelley is pleased to witness immediate success by the task force.

“This is the first thing right out of the gate,” he said.

Rep. Hal Rogers said this in September: “The addition of Boyd County will help crack down on the high rate of drug trafficking across the state line.”

As part of the Appalachia HIDTA, more resources are made available to Boyd County.

Kelley said the goal is to go straight to the source of the problem.

“The targets are the individuals who are more than just street-level users and street-level sellers,” Kelley said. “We’re going after those individuals to try to attack the distribution or the supply, and interrupt that trafficking.”

The amount of work that has gone into this particular task is “significant,” said the chief.

“This is just the beginning,” Kelley said. “These are some of the things you’ll see.”

If Gibbs is seen, APD advises to not approach him. Contact 911, Ashland Police Silent Witness at (606) 385-3127 or silentwitness@ashlandky.gov.

Geneva Smith Martin, 80, of Grayson, passed away at the Carter Nursing and Rehabilitation Center in Grayson. Private graveside services will be at the Smith-Claxon Cemetery. Arrangements by the Sparks Funeral Home in Grayson.