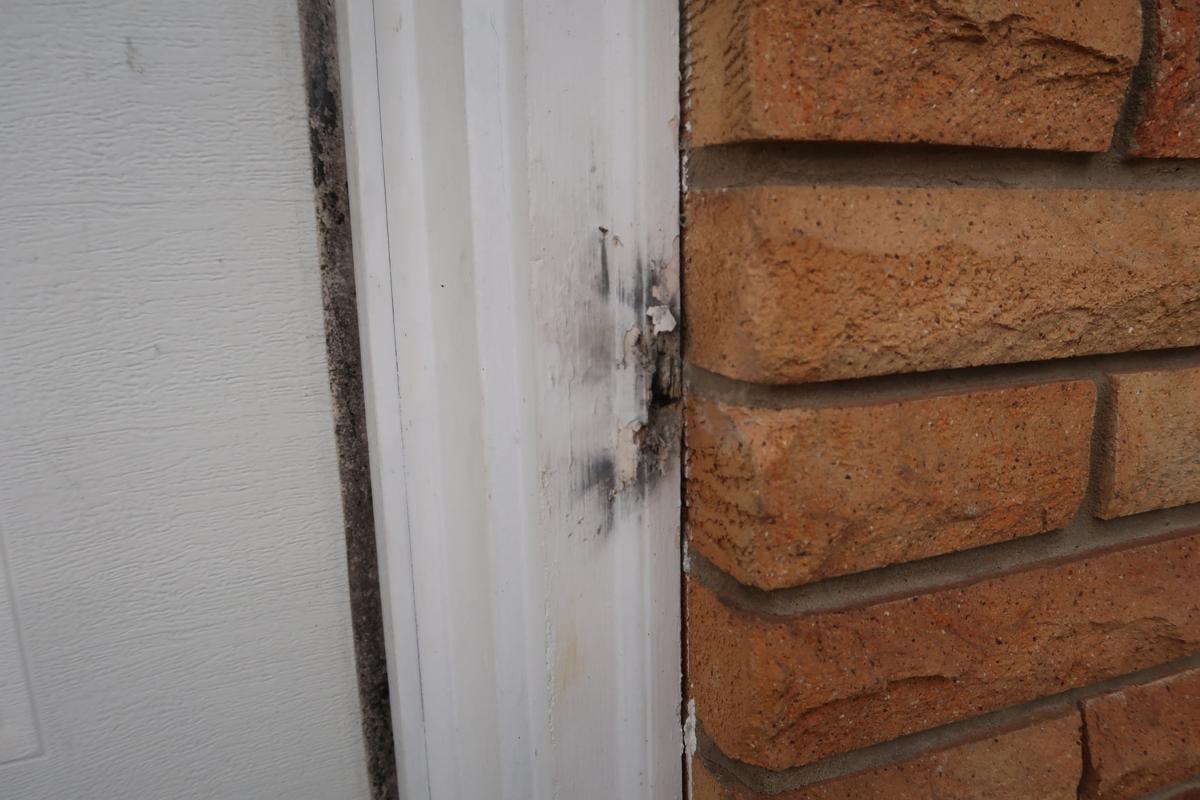 A bullet hole was formed on a duplex garage door frame by an early Wednesday gun shot in Raceland. HENRY CULVYHOUSE | THE DAILY INDEPENDENT 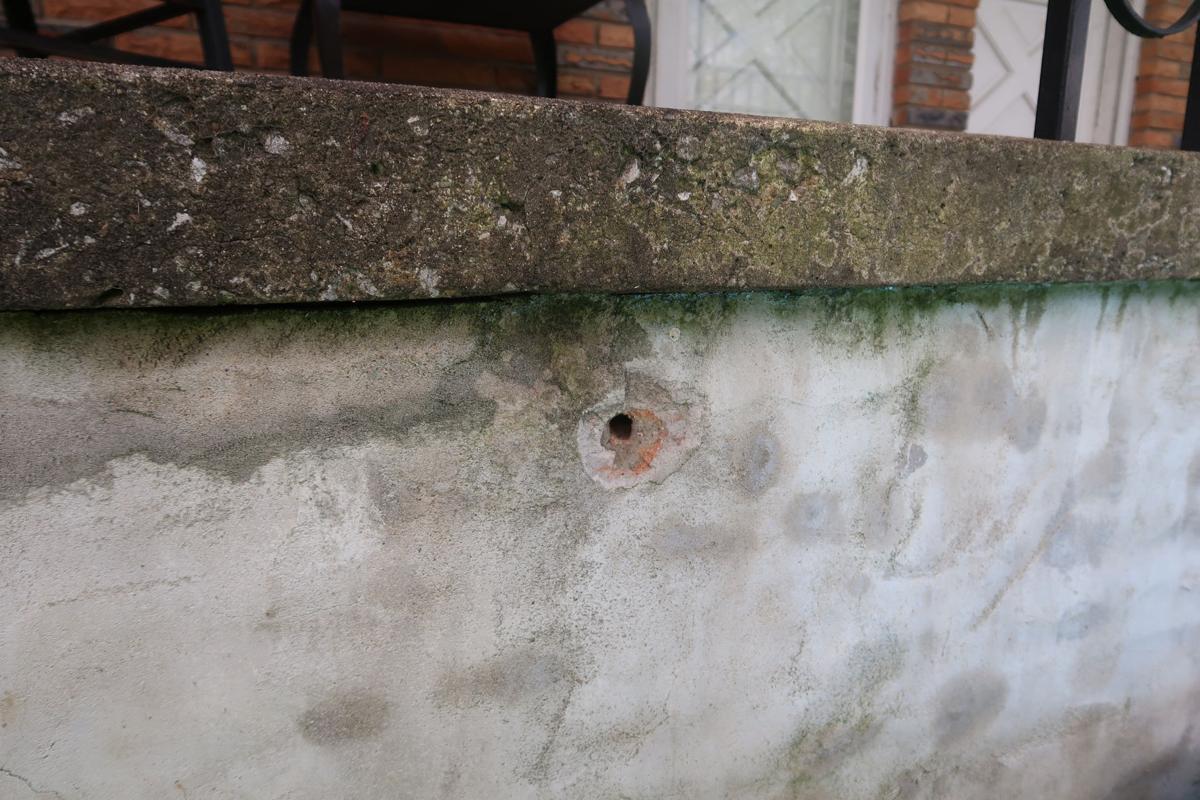 A bullet hole is seen in the front porch of Trent Wheeler's duplex. HENRY CULVYHOUSE | THE DAILY INDEPENDENT

A bullet hole was formed on a duplex garage door frame by an early Wednesday gun shot in Raceland. HENRY CULVYHOUSE | THE DAILY INDEPENDENT

A bullet hole is seen in the front porch of Trent Wheeler's duplex. HENRY CULVYHOUSE | THE DAILY INDEPENDENT

RACELAND At 12:30 a.m. Wednesday, Trent Wheeler was asleep inside his Raceland home before he awoke to gun shots.

Then a truck pulled up and unloaded a gun on his home, according to Wheeler.

Visibly sleepy Thursday morning after being awaken from a late morning nap before reporting to work, Wheeler told The Daily Independent he had a pregnant wife and a 2-year-old kid in the home when the rounds peppered the apartment unit on Armada Boulevard, less than a mile from Raceland-Worthington High School.

He pointed to the roof, at three bullet holes in the shingles.

“That one shot, if it hadn't gone up like it did and went straight, it would've gone right through the window into a bedroom,” he said.

Wheeler said surveillance footage showed a pickup truck drove up to the home and unloaded. Living in a duplex, some of the bullets struck his neighbor's home — one bullet struck the window trim and hit his neighbor's couch on the other side, Wheeler said.

“She slept there last night, right where that bullet hit,” he said.

The neighbor's car also got “shot to hell,” he said.

While his neighbor had taken the car to work, broken glass could still be found on the ground.

Raceland Police Chief Don Sammons said 16 shots were reported to 911 that night — so far, 10 rounds have been recovered. No one was injured in the shooting, Sammons said.

The investigation is still in its early stages, but Sammons said he didn't believe it was a random incident.

“I have a pretty good idea who might've done this,” he said. “There's been issues before between me and him.”

The shooting is a bit of a anomaly in the sleepy town of fewer than 3,000. According to the FBI's Uniform Crime Report, three violent crimes were reported to Raceland Police between 2016 and 2018, the latest year available for data on cities of this size.

Besides a little bit of theft here and there, Wheeler said there are not many problems on the street.

“This is just completely out of the blue,” Wheeler said. “I didn't expect that time, so I don't know if something like this is going to happen again.”

Wheeler stated he had his doubts about whether anything would be done about the shooting. Sammons rejected that assertion.

“We are actively investigating this case and as soon as we can find out who did this, we will be filing charges,” Sammons said.

Martha McCoy passed away July 4. Her funeral service will be Thursday,July 9, at Evans Funeral Home at 1p.m. Burial will follow at McCoy Family Cemetery. Visitation will be Wednesday,July8,from 6 to 8p.m. at the funeral home.