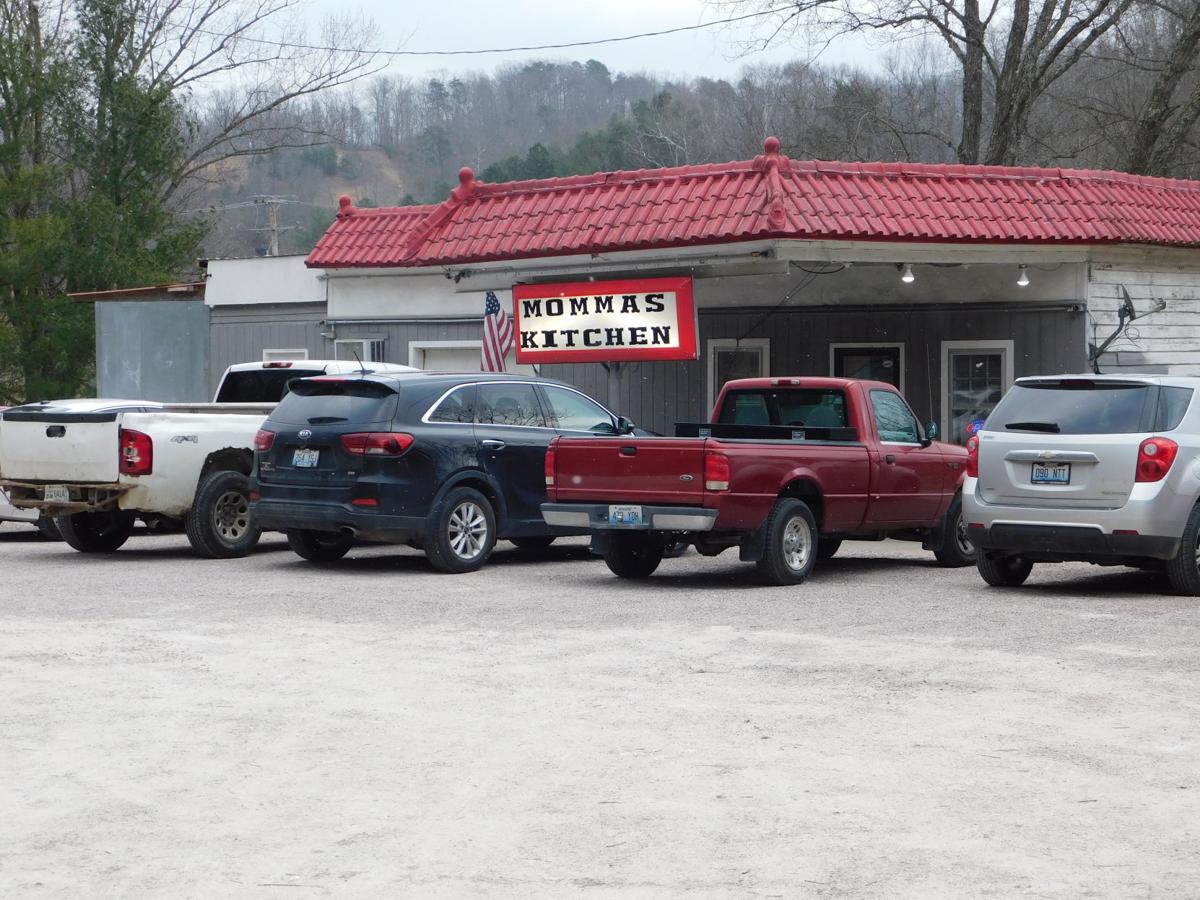 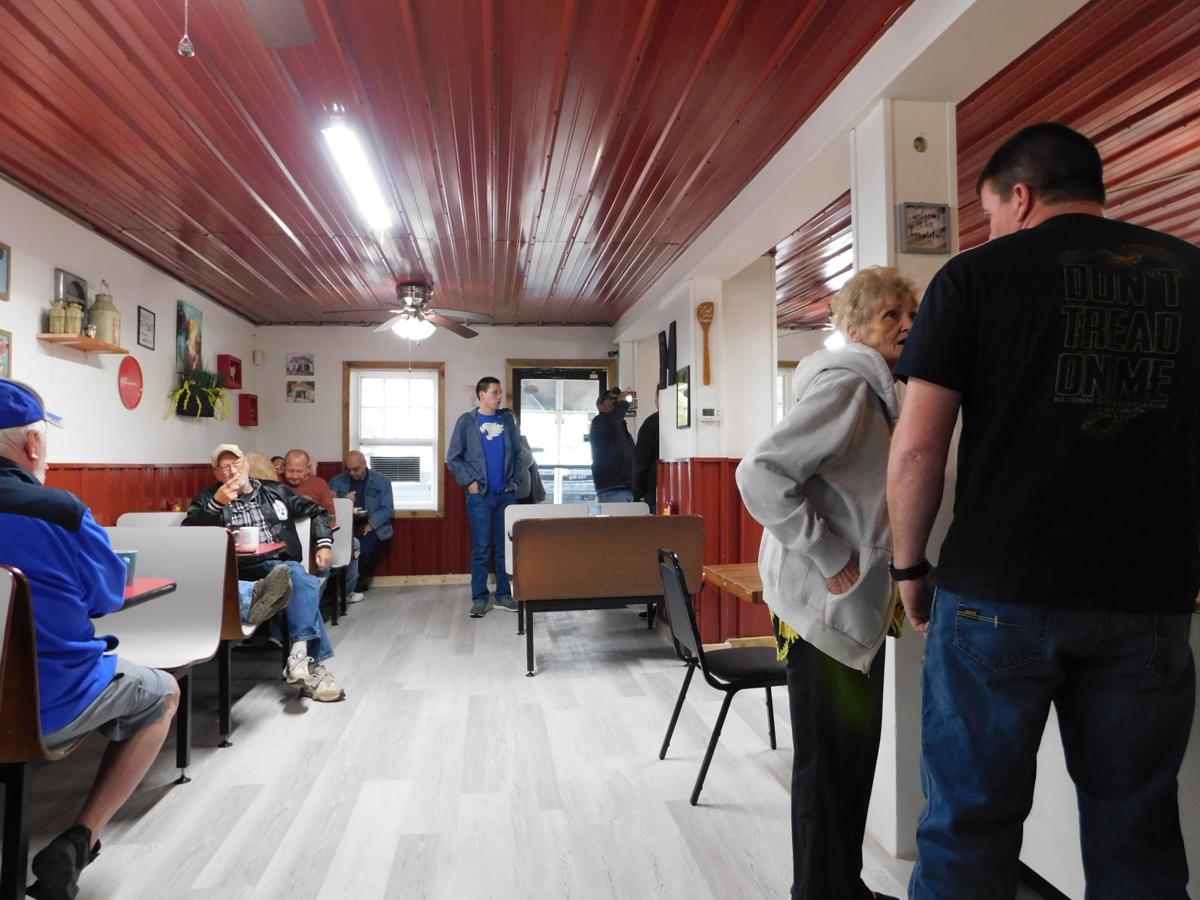 Customers take in their experience in Momma's Kitchen on the restaurant's opening day. 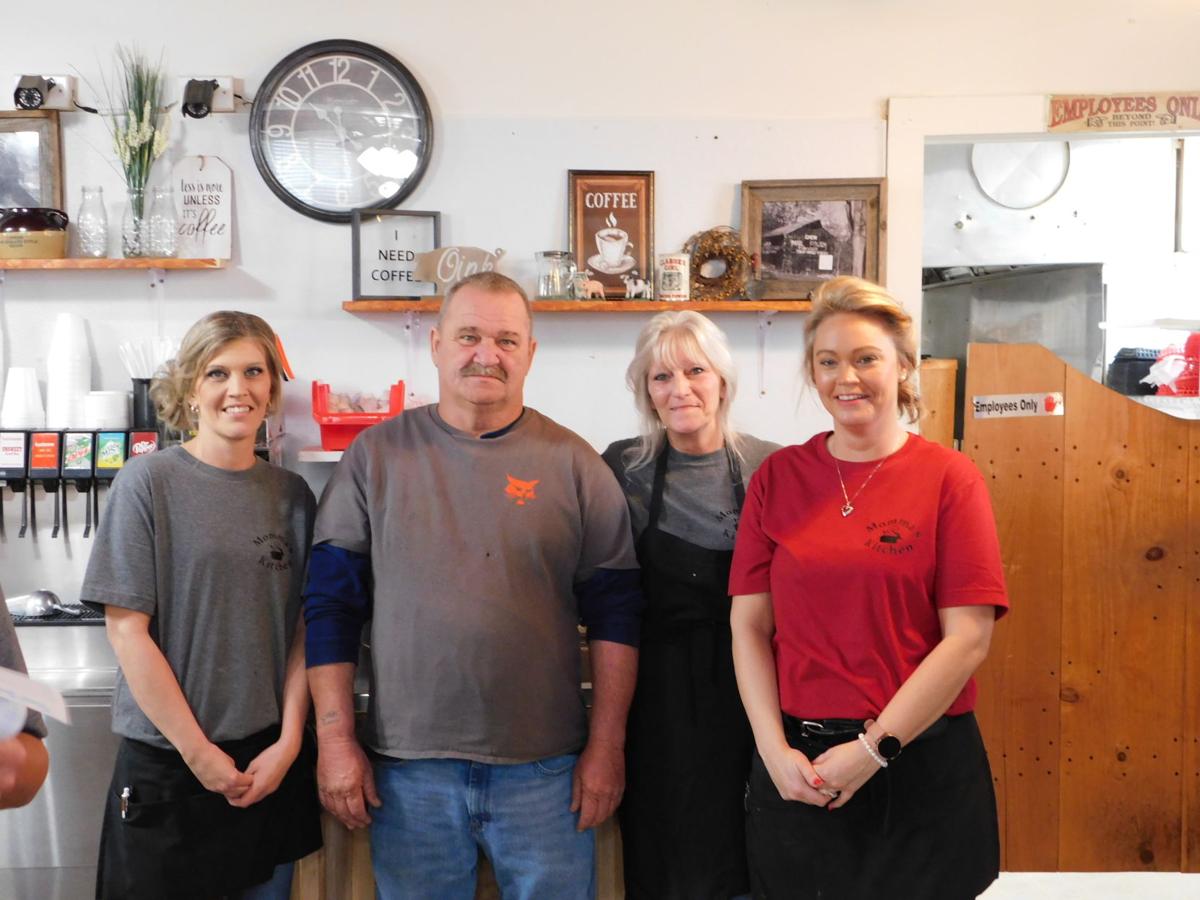 From left to right, Tabitha, Carl, Sheila and Rachel Sexton stop for a quick photo during their work day at Momma's Kitchen.

Customers take in their experience in Momma's Kitchen on the restaurant's opening day.

From left to right, Tabitha, Carl, Sheila and Rachel Sexton stop for a quick photo during their work day at Momma's Kitchen.

RUSH A new restaurant opened on Monday in a well-known location. The building located at the junction of State Route 854 and U.S. 60 has been around since the 1920s, and was originally a gas station and convenience store. Most recently, the building was the site of Rosie’s, a home cooking restaurant that served the community for many years.

After Rosie’s closed, many area residents missed the relaxed environment and home-cooked meals.

But at 5 a.m. on Monday, and for many hours afterwards, the parking lot was filled with customers for Momma’s Kitchen. Local construction company owner Carl Sexton leased the building with an option to buy because his daughters Rachel and Tabitha were interested in opening a restaurant at the location. The two women have a history with the building as well; they both worked at Rosie’s in their early teens and their mother worked as a cook about 20 years ago. Back in the early ’20s, their grandmother, Edith Hall, helped open the building.

“We have all kinds of home-cooked food,” Rachel Sexton said. “We have biscuits and gravy, we make our own home fries and hashbrowns.” But the home-cooked menu isn’t limited to breakfast foods. Momma’s Kitchen also has pork tenderloins, homemade desserts and homemade hot dog and spaghetti sauce as well. All of the meat is fresh, Rachel Sexton said, and comes from a local source — Opell’s Meat Market.

The restaurant is family owned and operated, and the sisters have worked for years with the employees who aren’t actually related. Rachel Sexton refers to them as her family. Many of them, she said, worked together at other places such as Huddle House in Grayson, where she was the area manager.

“When we came in here, I brought my crew with me,” Rachel Sexton said. Part of her crew is also her mother, Sheila, who cooks and is the “Momma” in Momma’s Kitchen.

Carl Sexton said the building, more from age than any other reason, needed some repairs before the restaurant could open. Sexton had to tear out the old plumbing that had been repaired numerous times over the years, and he renovated the bathrooms and kitchen as well, making sure everything was up to code and inspected. The dining area was also entirely redone, complete with new lighting fixtures and flooring.

Tabitha Sexton said she worked at the previous restaurant when she was 14.

“I’ve always loved it,” Sexton said. “I have done other things, even worked in the nursing field, but I always come back to it.”

Tabitha Sexton said she loves everything about the restaurant business, from cooking to waiting on customers. The hustle and bustle and the interaction with guests are things on which she said she thrives.

“I would like to be here for years,” she said. “Maybe expand a little and keep serving the community.”