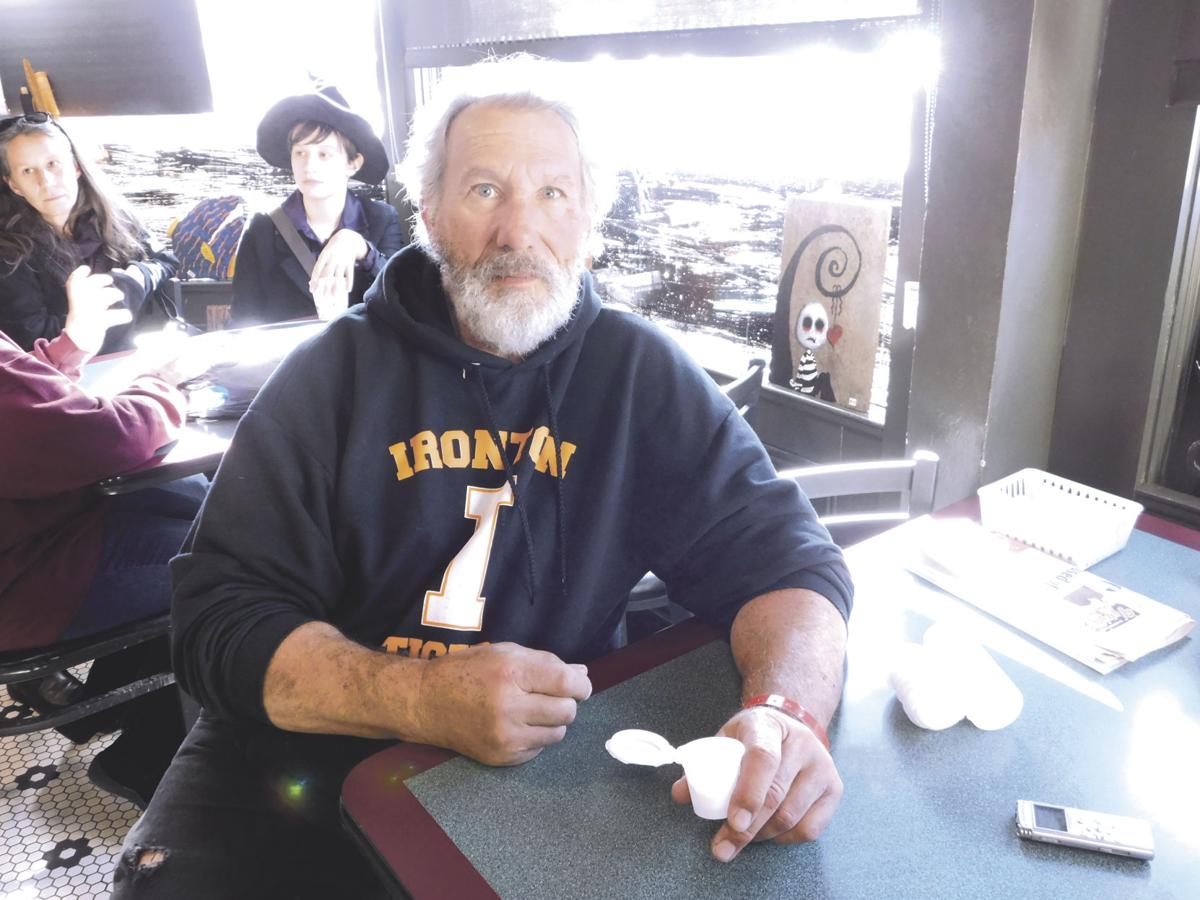 Richard Fisher, owner of the Coffee Lab, talks about K-cups in his shop. CHARLES ROMANS | THE DAILY INDEPENDENT 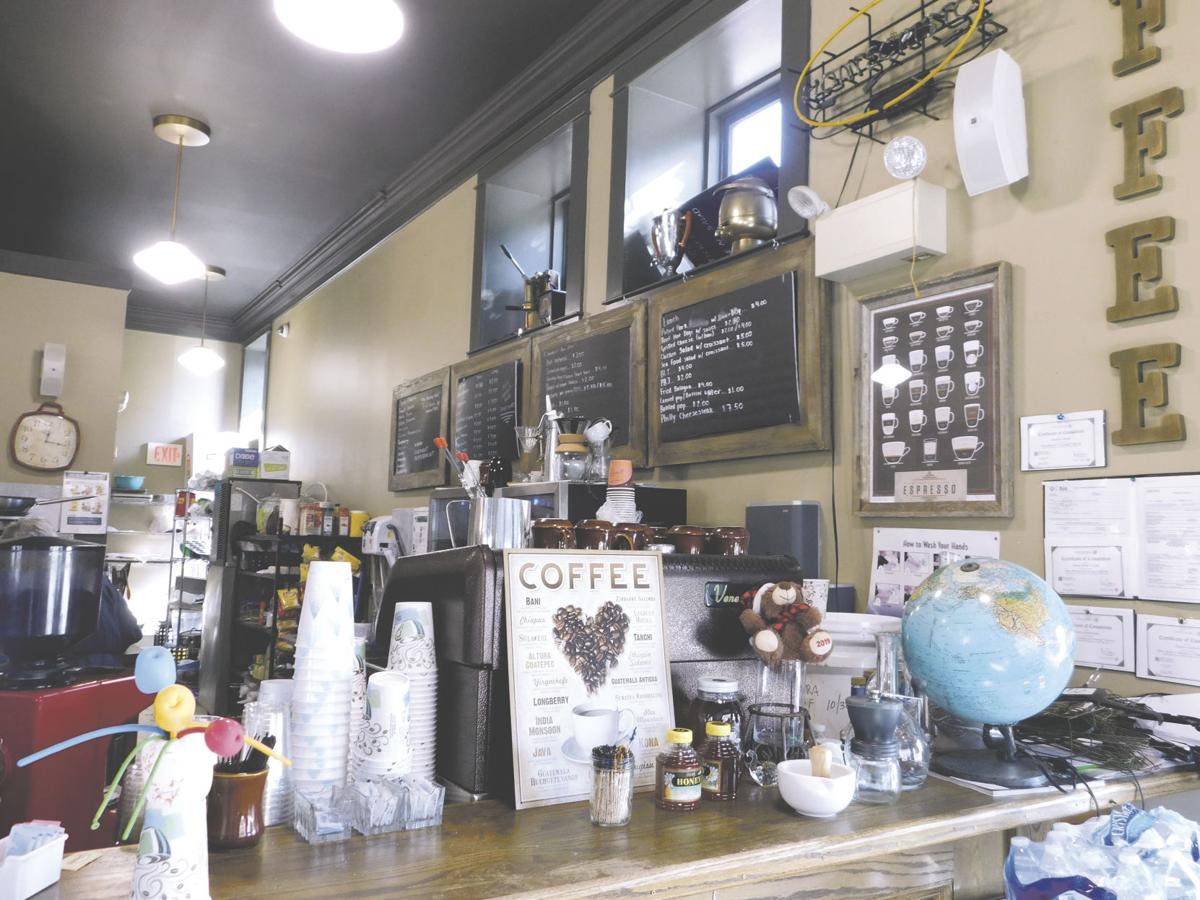 A view of the Coffee Lab from in front of the register. CHARLES ROMANS | THE DAILY INDEPENDENT

Richard Fisher, owner of the Coffee Lab, talks about K-cups in his shop. CHARLES ROMANS | THE DAILY INDEPENDENT

A view of the Coffee Lab from in front of the register. CHARLES ROMANS | THE DAILY INDEPENDENT

IRONTON Richard Fisher said he has been roasting his own coffee beans for about 20 years and had experimented with owning and operating a coffee shop before.

A lifelong lover of coffee, Fisher said he has tried nearly every kind from fast food to off-the-shelf coffees when he was younger.

“I grew up drinking coffee with my dad in the morning,” Fisher said. “And I loved the stuff. But I had always drank the percolator coffee and stuff like that.”

Fisher said this began to change as his children grew older, and he was traveling with them for different school events, serving as a chaperone.

“That was when I got my first taste of gourmet coffee, and what they call specialty coffee,” Fisher said. “I was so blown away by the taste of it that it changed my life.” He said when he first tasted what he considered to be real coffee, it made him question the validity of other kinds.

At that point, Fisher said, he was truly hooked, and he began researching to discover why the gourmet coffee tasted so much better. This drive led him to open a café in the 1990s. At the time, he purchased roasted coffee from a supplier in Columbus. Fisher said he ran the coffee house for around six or eight months before finances forced him to go back to work.

During this time, Fisher continued to roast his own coffee for personal use, and he said he kept burning up the smaller home roasters. Café owner Rob Bachelor approached Fisher, who had worked for him in the past, about taking over his lease on the building in downtown Ironton. The deal he was offered, Fisher said, was that if he would keep up the building lease, Fisher could have all the existing equipment to build his own business.

“That was an offer I couldn’t refuse,” Fisher said.

Once he took over, Fisher said the first thing he did was contact a woman he had met years before in York, Pennsylvania. She was a roaster and taster for Starbucks. They discussed roasting green coffee beans together. After some discussion, she recommended a certain type of roaster and Fisher flew to Oklahoma City and tested, and then bought, a suitable roaster.

“The first thing to realize is that you can’t roast flavor into a coffee bean,” Fisher said. “What you do is roast the bean to release the flavors that are there. But if you buy a good bean and roast it properly, then you can get the maximum potential out of the beans themselves.”

This, Fisher said, is the key to a good, flavorful cup of coffee.

“There are different roasting styles, and it usually takes about 15 minutes for a four-pound charge,” he said. “You have to know what to look for and when to stop. And having really good equipment gives you that kind of control. The drum roaster I have is the perfect kind of set-up because it has all of the gas interlocks, temperature sensors and everything else you need. Then it’s up to me to know when to pull that roast, or how fast to roast it, and how to change the temperature profiles.”

Once roasted, the beans need to be cooled, Fisher said, because at that point it has begun to generate its own heat.

Fisher said another key to a truly good cup of coffee is freshness.

“Two weeks is about the peak of roast freshness,” Fisher said. Fresh roasting and grinding becomes essential to the entire process to avoid staleness. “You can vacuum seal it and slow it, but you can’t maintain peak freshness. The best way is to roast it, grind it and drink it within two weeks.”

This process and window of use is to what Fisher adheres both for his private use and for his customers’ consumption. He wants every cup he serves to be the best cup his patrons have ever had.