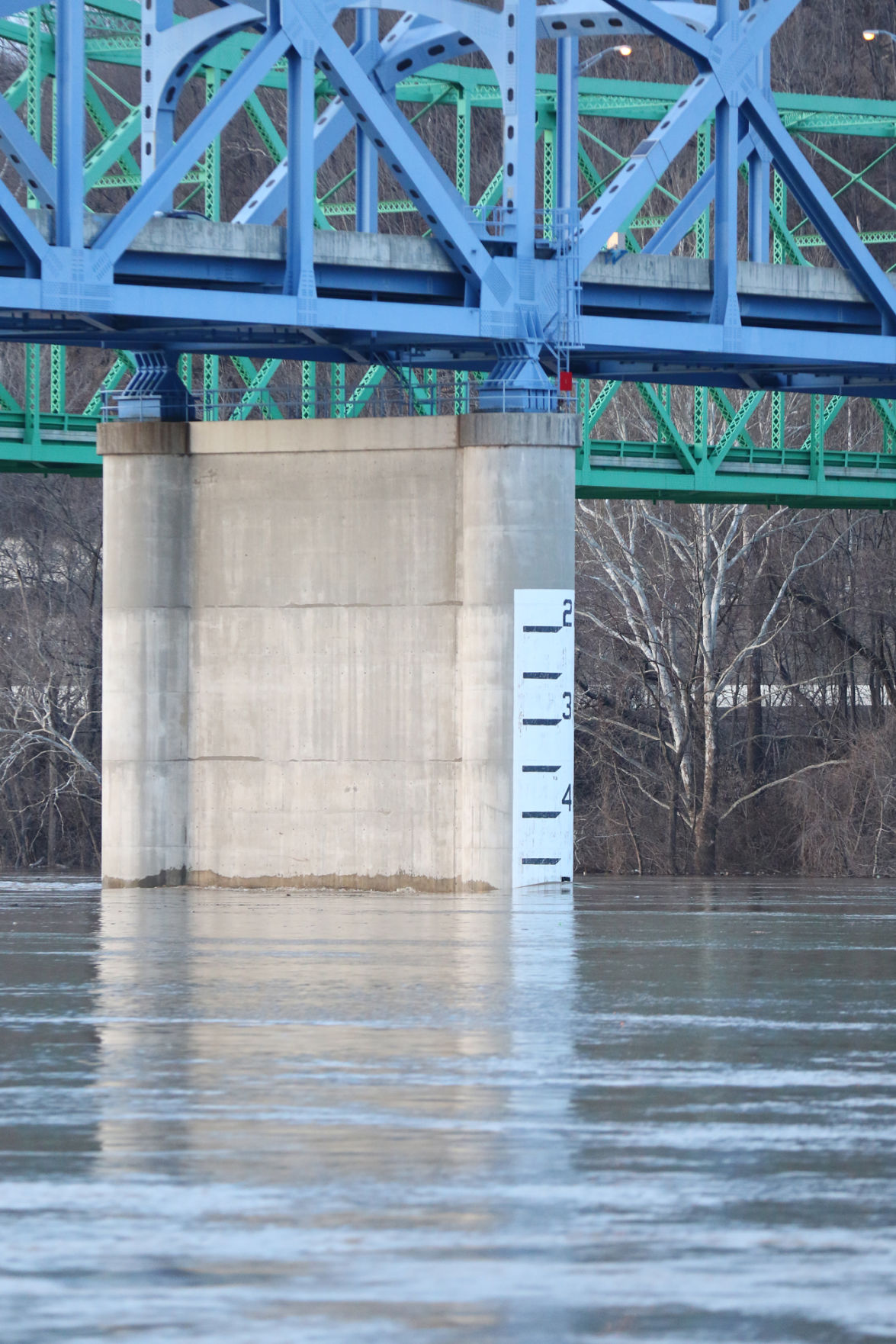 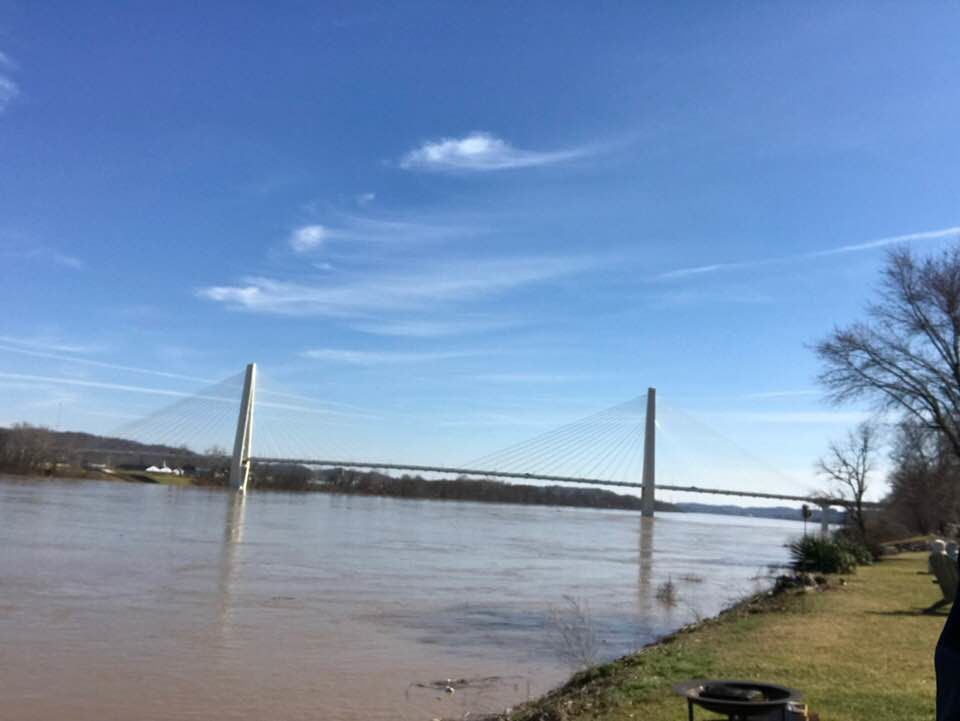 The Ohio River at Russell. Photo by Glenn Puit.

The Ohio River at Russell. Photo by Glenn Puit.

Here in Kentucky there were backups of water reported in Greenup County in the area of the Little Sandy Boat Ramp. Greenup County Fiscal Court Judge Executive Bobby Carpenter said there was some flooding on Riverside Drive in an area stretching between Wurtland and Worthington.

"Right above the RiverPort," Carpenter said. "It backs up there when it (the heighth of the river) gets bad."

The water was also high along Route 2 at Cardinal Point. Two roads were closed in the county — one, East Tygart Road, was closed due to a downed tree.

In Boyd County, in Catlettsburg, the city erected its third flood wall Sunday at 26th and Front as the region prepared for the river to crest Monday. There were several roads closed in Lawrence County. Flood gates also were erected in Huntington, West Virginia. Tim England, Boyd County emergency management director, said the immediate concern was water backups where other bodies of water run into the Ohio.

As of Sunday evening, though, it appeared the most serious flooding was on the other side of the river. In Pomeroy, Ohio, deep waters swamped downtown businesses. Flooding was also reported in Meigs and Mason counties of Ohio.

In Catlettsburg the city had to alternate pumps at the sewer plant to handle backing up of water but the city was overcoming the issue, England said.

"We are much more fortunate than some areas in the neighboring states," said England.

The Ohio was expected to crest at 57.8 feet in Ashland Monday at 6 p.m., putting it in moderate flood range. As of Sunday evening at 6 p.m. the river was at 55.25 feet. The Ohio at the Lloyd Greenup Lock was expected to crest Monday evening at 58.1 feet, also in moderate flood range. At 6 p.m. Sunday night the river was at 54.56 feet.