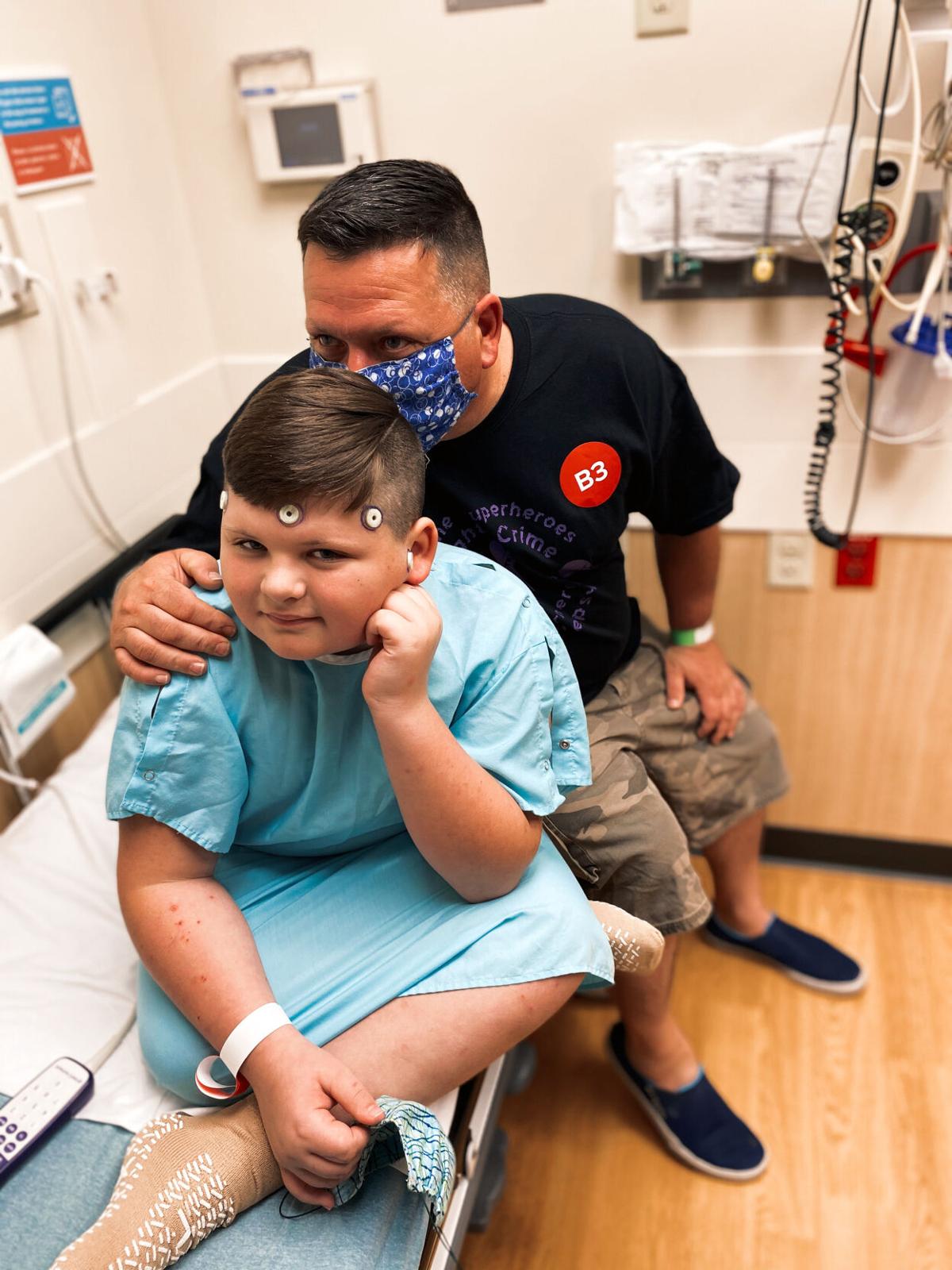 River and his father, Tommy Payne, share a moment while River was in Cincinnati Children's Hospital. SUBMITTED PHOTO 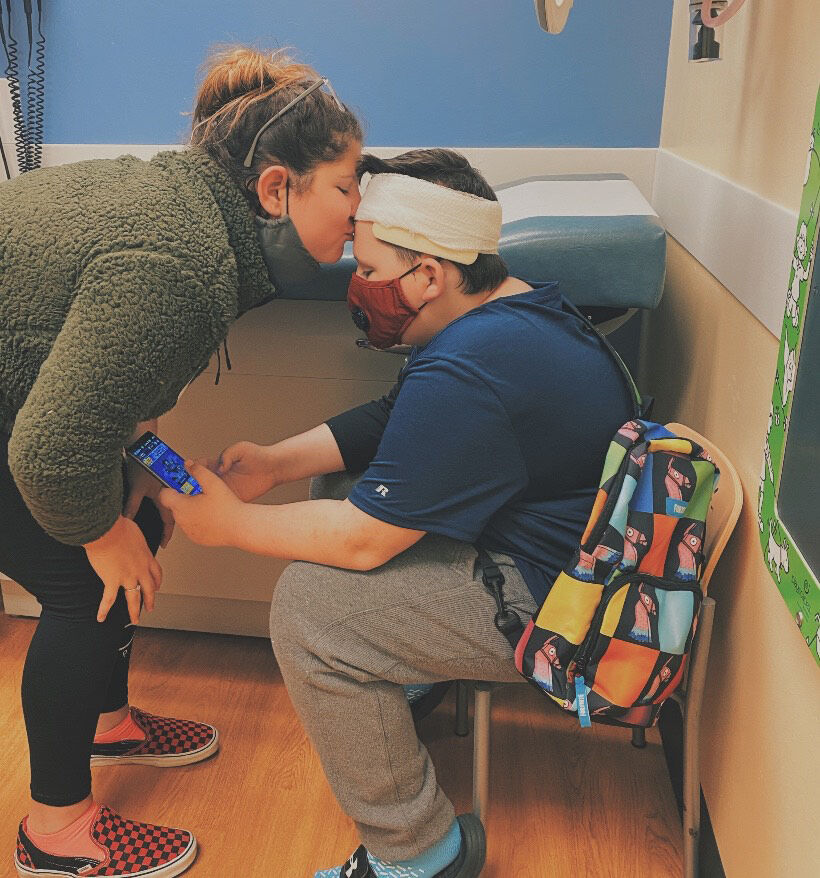 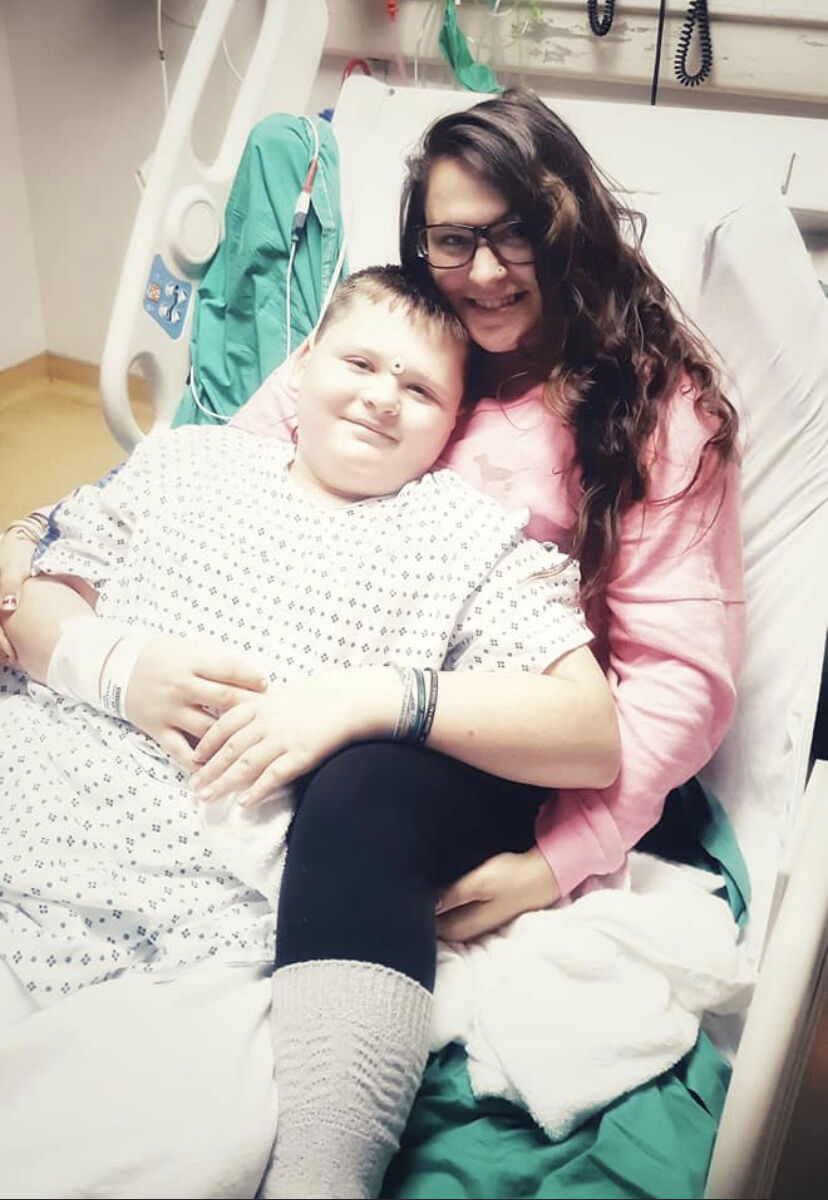 River and his sister, Haeven, during one of River's hospital stays. SUBMITTED PHOTO 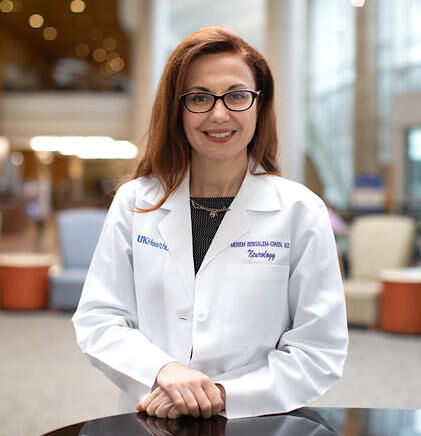 Dr. Meriem K. Bensalem-Owen is a professor of neurology and the director of UK HealthCare’s Epilepsy Program on Oct. 26. Photo by Mark Cornelison | UKphoto 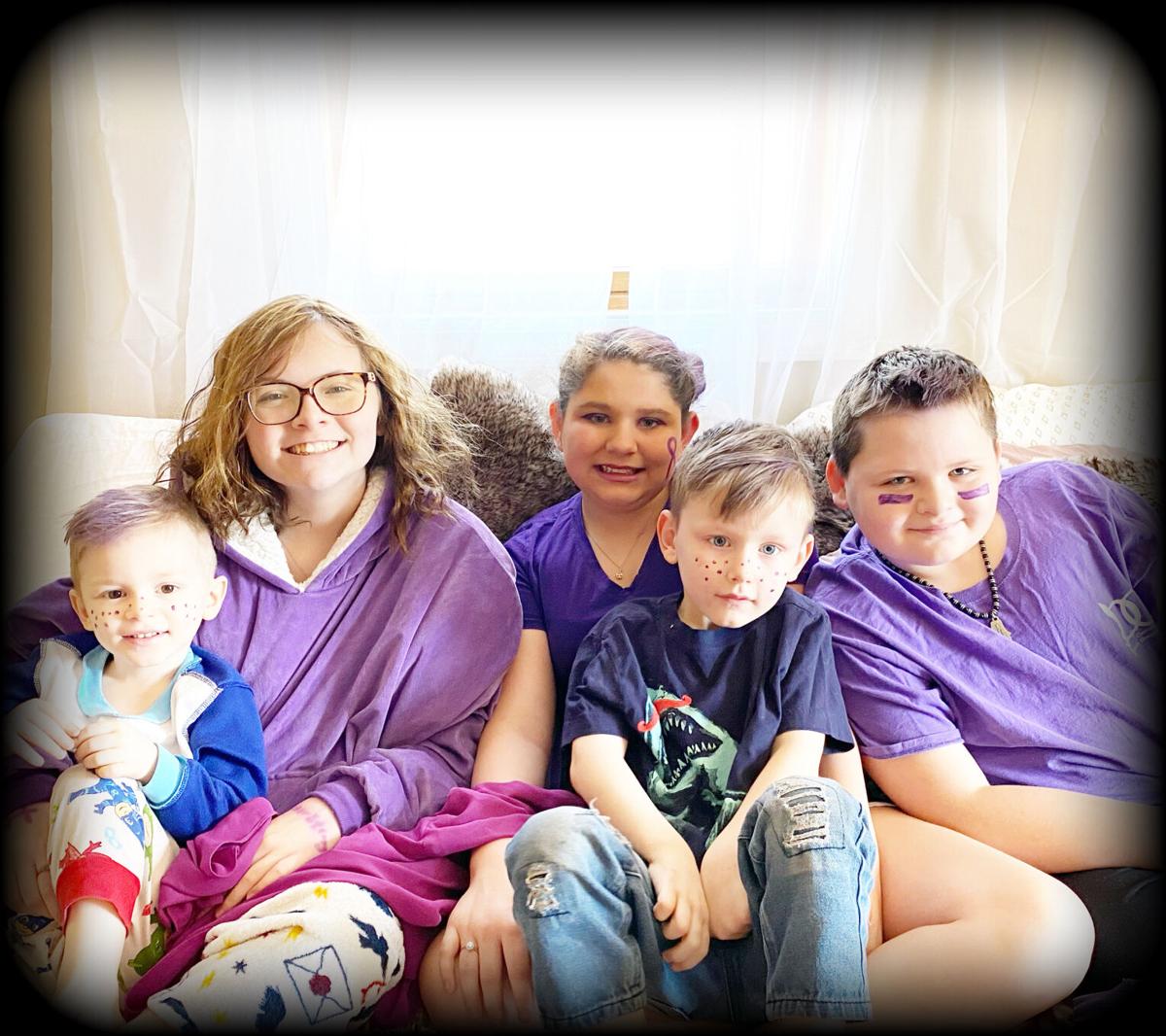 River and his father, Tommy Payne, share a moment while River was in Cincinnati Children's Hospital. SUBMITTED PHOTO

River and his sister, Haeven, during one of River's hospital stays. SUBMITTED PHOTO

Dr. Meriem K. Bensalem-Owen is a professor of neurology and the director of UK HealthCare’s Epilepsy Program on Oct. 26. Photo by Mark Cornelison | UKphoto

ASHLAND The last several months have been quite a journey for River Payne, who was born with dysplasia on the left frontal lobe of his brain.

The 11-year-old’s medical issue has caused him to have epileptic seizures and he recently endured a series of tests and ultimately surgery at Cincinnati Children’s Hospital, his mother, Noele Payne, said.

“We found out that the reasons why River has trouble thinking of and getting words out sometimes is because the dysplasia is pushing on the speech part of brain, also short term memory,” she said. “A brain has all the pretty squiggles and curves. That’s how a brain is supposed to look. River’s left frontal lobe was more like blob, no definition like it’s supposed to be.”

Doctors treating the boy explained the three phases of treatment.

First, he was taken off seizure medication and electrodes were placed on his head. Then, doctors waited for him to have seizures so they could determine if he was a candidate for surgery.

“River had his first seizure for phase one in less than 24 hours,” his mother said. “He gave them a huge seizure and they said, ‘We normally like to see a few, but since he gave us such a big, severe one, we want him back on meds.’”

In March, Phase Two began. River had surgery to place electrodes in his brain. He also was taken off medications.

“River was having them so much and so quick that they were staying by the screen in the room to watch the activity and nurses were running in every few minutes with rescue meds,” Mrs. Payne said. “He even had several while he was alert and playing his game. We had no idea he was having them. They would see it on the monitors and send nurses in to him. So the neurologist told us they got really good data on River and he was a good candidate for surgery to remove part of his left frontal lobe that was no good and causing seizures.”

Because of the COVID-19 pandemic, surgery, which took seven hours, was delayed until Aug. 4. Mrs. Payne said during surgery, his blood pressure spited a couple of times and more extensive removal of brain tissue was required, plus there was more muscle to cut through than expected.

“River was in a good deal of pain, more than he would have been due to the huge muscle they had to cut,” she said. “River had a lot of speech issues and short-term memory issues after this surgery, which we were prepared for, so therapy came in to work with him,” she said.

After a week, the family returned home to Ashland and the process of taking care of River’s wound began. In two weeks, it was time for a follow-up appointment in Cincinnati, where despite a small area of the incision that was open, doctors said everything checked out.

But three days later, more of the incision was open, so Mrs. Payne got in touch with his doctors, who said they should come back to the hospital. Again, bloodwork and CT scans were “perfect,” Mrs. Payne said, so he was treated with powerful antibiotics and cream.

Meanwhile, the patient, who was experiencing off-and-on pain and headaches, was attending online classes at Ashland Middle School, which Mrs. Payne praised.

“They were so kind, so understanding, and helped us in every way they could,” she said.

But River struggled. “He was trying so hard and couldn’t remember anything from like fourth grade,” his mother said. “He would get so tore up and afraid that he would not do good or ever be able to remember things. I had breakdowns several times through this period because I watched my baby be so lost and not know what to do.”

In just days, the boy had several seizures in a short time, which doctors attributed to the healing process.

By the end of September, River was begging for a haircut, and his mother grudgingly gave in.

“When I got to the bottom curve of his incision, I said, ‘Bubby, don’t move at all because I have to be super careful here.’ Well, he moved and I knicked him a tiny bit. I cried and freaked out, then washed his head really good,” she said.

Unfortunately, the next morning, the area she had nicked appeared infected, so the family made another trip to Cincinnati; doctors told them to be prepared to stay.

Even though he wasn’t showing signs of illness, tests showed River had severe infection in his head, which called for emergency surgery.

The surgery involved reopening the incision, taking the screws and plates from the piece of skull that had been removed during the first surgery and cleaning out the infected area with a chemical scrub before plating new plates and screws.

“The surgeon said we literally caught it just in time,” Mrs. Payne said. “He said, ‘Momma, it was a blessing that you nicked his head.’”

River spent 15 days in the hospital. His father, Tommy, drove back and forth while continuing to work.

Meanwhile, the four other Payne children at home with other family members helping out.

“We had family, church family, friends and strangers sending things to River and anonymously sending money for our River,” Mrs. Payne said. “Our oldest daughter, Baylee, would come to the house on her lunch break from school to check on our animals.”

When River was released, he got a picc line for continuous IV antibiotics and a drain inside his head. Each week, he returned to the hospital to see an infectious disease specialist and his neurosurgeon. When it was time to remove the stitches, he was anesthetized so the surgeon could aggressively clean the area.

“There ended up being some puss under the scabbing and the incision was closed, but only by a small thin layer of skin,” Mrs. Payne said. “So the surgeon admitted him over night to be sure that it didn’t open back up. It didn’t  open up and we got to go home the next evening.”

The care continues, she said, as his incision is scrubbed daily and bandaged; and she changes his antibiotic bag on the picc line daily.

“River has not once complained about anything throughout this entire year of hospital stays and all the brain surgeries,” he said. “He is so strong and so sweet, even through pain and all he goes through.”

In fact, it was River’s idea to document the entire process.

“Last year, when we decided to go through everything, River said, ‘Mom, can you take pictures, videos and document everything so that it may help others one day?’ That is what made me make his Facebook page called River’s Journey.

Mrs. Payne reports River has had his last bag of antibiotics and his picc line has been removed.

“We are still taking it each day and praying,” she continued. “Through it all, my son River would look at me and say, ‘It’s OK, Momma. I’m here; don’t be scared.’ He is embarrassed of his scar, but I tell him every single day that he is my hero and he’d better wear that scar proudly!”