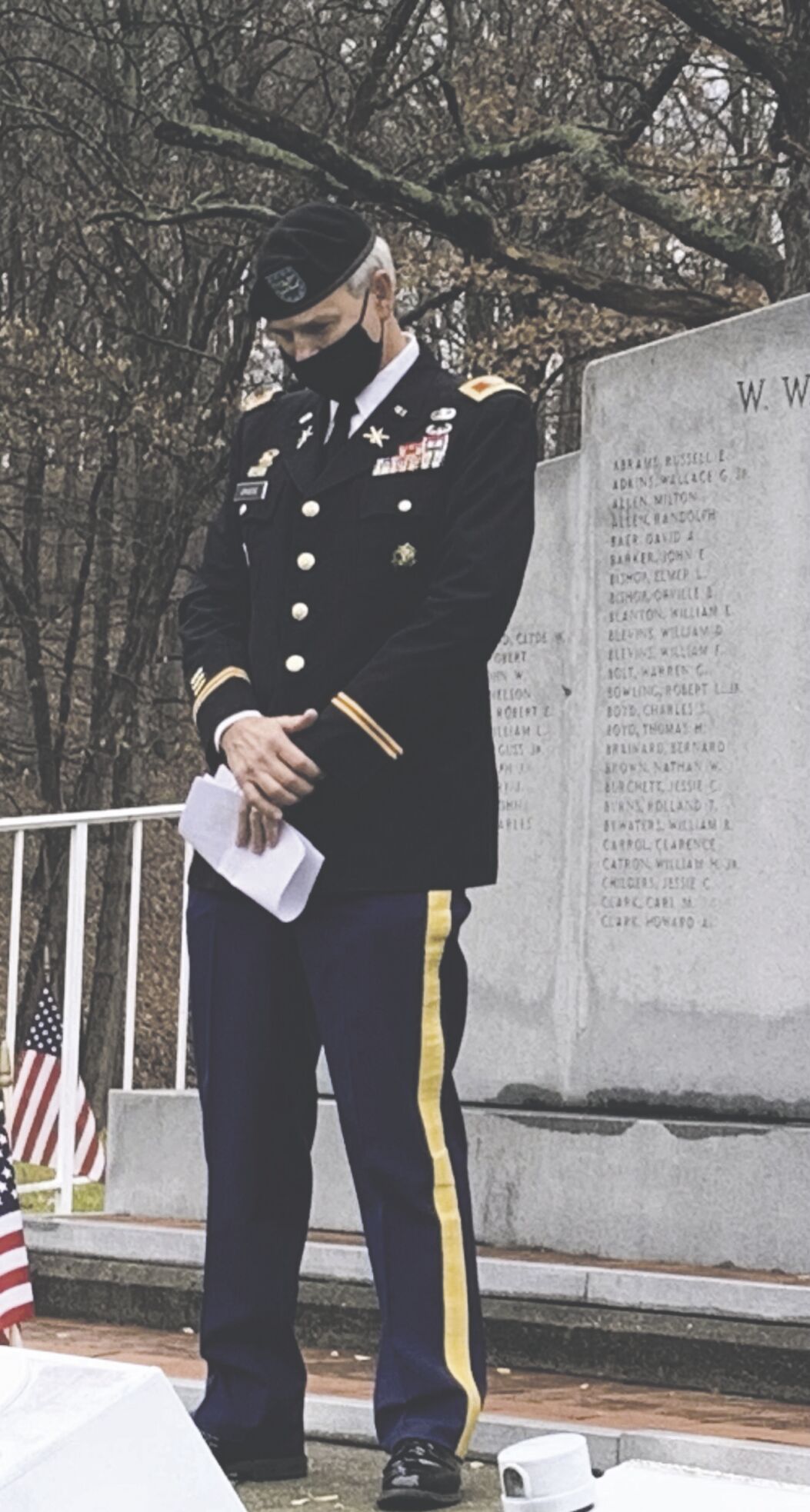 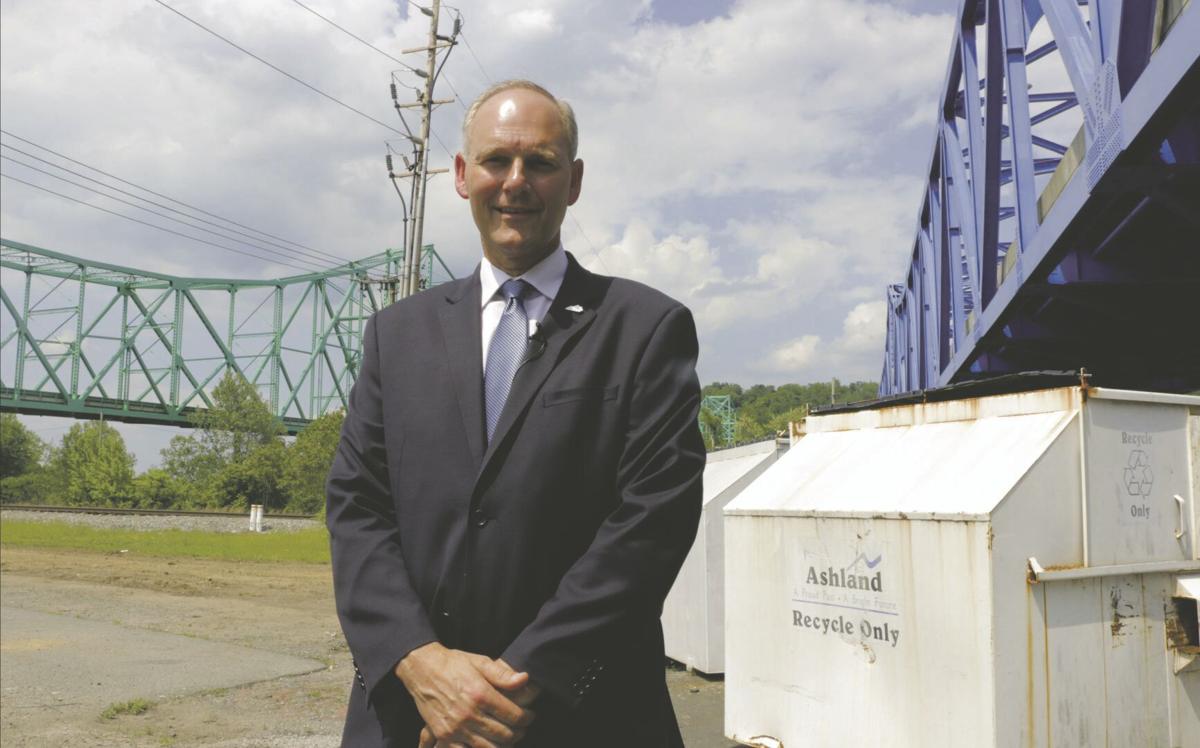 ASHLAND Even if you didn’t already know it, spend a little more than five minutes with Mike Graese and it quickly becomes evident he’s a military man.

The Ashland City Manager and retired U.S. Army Colonel shows it in little ways — his perfect posture when seated, his love of acronyms and the jargon he peppers in everyday conversation, such as calling his coffee-drinking schedule a “battle rhythm.”

Like all Americans, 9/11 was a watershed moment in American history for Graese.

When he reported to work that morning at Offutt Air Force Base, Graese was already 17 years in his service in the military. Up until that point, Graese had served in a peace time army — after that, it would be a war that would encompass every member of the service, he remembers.

“I joined back in 1984 after growing up with a father who was a career soldier,” Graese said. “We moved around to military bases and at the time, I wanted something different. I literally saw a commercial and thought, why not try it?”

“That was Reagan’s first term — after the 1970s, with everything that happened in the Iran hostage crisis, post-Vietnam, there was a re-energizing of patriotism. In my mind’s eye, that’s how I remember it. I felt a desire to serve. So that’s when I enlisted,” he added. “I didn’t realize how the time I spent with my dad had become a part of my DNA.”

Taking to the service like a “a duck to water,” Graese quickly found his niche in air defense artillery, which meant he found himself stationed in West Germany in the late 1980s and early 1990s, seeing the fall of the Berlin Wall first hand.

For those too young to remember — or even be alive — the United States and the Soviet Union had been in a Mexican Standoff with nuclear weapons for about 45 years at that point. Stationing in Germany was a first-line defense in case the Soviets tried to invaded Western Europe.

“That’s what we were trained for, a linear war with a show of force. It was called the Air/Land battle doctrine, and was designed for the steppes of Eastern Europe but could find application in the desert as well,” he said.

That’s what Americans saw in Desert Shield/Desert Storm, Graese said — overwhelming firepower, reliance on massive air support, shock and awe, so to speak. It worked great for “force-on-force” confrontations, but Graese said that line of thinking had to change on that day in 20 years ago in September.

By the time Graese found himself walking into Offutt Air Force Base, he’d served in Germany and in Saudi Arabia. Now he was at STRATCOM — the coordination center for the nation’s nuclear arsenal.

In fact, Graese was so early in his tour at STRATCOM, he was still awaiting his security clearance for the top-secret facility and needed an escort whenever on base.

“A cohort of mine greeted me at the door and said, ‘The towers have just been hit by an airplane.’ I just remember thinking, ‘what does that mean?’ The only thing I could think was some guy in a small Cessna or something had gone into one of the towers. We quickly determined after the second aircraft hit the Twin Towers that this was an attack,” Graese said.

Being the nerve center of America’s nuclear payload, the building was evacuated — President George W. Bush was shuttled to the base later in the day for protection.

A couple days later, Graese said he was speaking with a good friend, who is a major general now, about the impending war. This fellow had gone to the Advance Military Studies school, what Graese described as “the Jedi Knights of the Army.” These are the top level strategists for war.

Up until that point in Graese’s military career, all America’s military forays were short, quick and decisive. Panama, Iraq, peace-keeping missions in the Balklands and Africa were short, to the point and didn’t involve the nation’s entire military might.

This was different, Graese said.

“That’s when the reality set in and we realized, this is going to be a long war. And still, it changed the relationship — this isn’t just an active-duty war. This is Congress declaring war and bringing in the National Guard and the reserves,” Graese said.

After wrapping up his STRATCOM duty in 2004, Graese found himself posted to Central Command — the war room for active operations. The then Lieutenant Colonel was “double-hatted” as a coordinator for missile defense systems and chief of operations at the center.

The command center was essentially a large theater-style room with representatives from the Army, the Marines, the Navy, the Air Force, various U.S. intelligence agencies and American allies. Along with three other officers, Graese’s job was to prepare presentations and keep things organized for the generals.

What it gave the Lieutenant Colonel was a bird’s-eye view of the war effort — he was able to see what was happening in both Iraq and Afghanistan through footage from both manned and unmanned aircraft, open news sources and other sensitive information.

One incident that stuck out Graese was when Pakistan experienced a major earthquake in 2005.

“We were deployed to Qatar with 48 hours notice to set up a central command because Gen. Abizaid realized the strategic impact of providing support to the Pakistani people. He thought that was of huge strategic significance,” Graese said.

“General Abizaid was brilliant — he took in all this information and synthesized it to get the big picture. He was rarely in headquarters and constantly in the field in Afghanistan, Iraq and Pakistan. When you heard him speak, you knew he was brilliant. His thinking was the people of Pakistan would see us as being able to help them, rather than killing and destroying,” Graese added.

The invasions of Afghanistan (2001) and Iraq (2003) led to a rethinking on how the United States waged war, Graese said. The large-scale battles land battles and nuclear attacks planned for in anticipation of a Soviet action were out the window. Soldiers were having to deal with irregular militias, taking pot-shots at them with small arms and improvised explosive devices.

“I am proud of how the military was able to adapt to that style of warfare,” Graese said. “Not only in terms of training, but in designing and implementing equipment in the field. It was a massive effort undertaken by the military, our military industrial complex and our civilian work force.”

In 2006, Graese was posted as a garrison commander — essentially, a city manager — to Fort AP Hill. While stateside again, the wars still followed Graese. Under his watch, he had to work with various commanders to implement training to give soldiers the tools to fight insurgents in Afghanistan and Iraq.

“We had to adapt our training to the reality on the ground,” Graese said. “We built villages, we had an airfield they could do seizures on. Some of those tasks were from linear war, some from non-linear war.”

Whenever a unit was deployed on the ground, Graese said his staff would ask for as much feedback as possible, so the training could match what soldiers were finding in combat. With an enemy that was always evolving, Graese said it was important to get them as prepared as possible for threats on the field.

“If you look at installation management, people might say that’s not important to the war effort,” Graese said. “Well, the military doesn’t allow fat and fluff to move forward in its operations. It’s important If the installation is not preparing and providing services to ensure soldiers can survive in combat, then that organization is failing.”

In 2010, Graese found himself in the Middle East once again — this time as a negotiator. The year prior, U.S. forces were winding down, turning over most security duties to the Iraqi army. In order to help with that transition, then Gen. Peatrus set up a special unit to do “reconciliation with insurgents and extremists.” The idea was basically to get militia groups to lay down their arms and integrate into the burgeoning democracy in Iraq.

In 2011, Graese helped wind that operation down and turn it over to the U.S. State Department.

Following that was another stint as a garrison commander at Fort Jackson, before winding down his career at the Pentagon, working underneath a three-star general in installation management.

Graese said he frequently uses 9/11 as a point of reference in the military and considers those who joined up following the attack “one of the greatest generations.”

“This is not meant to diminish anyone who served at any point in our history. I find it encouraging that people are now recognizing the service of our Vietnam veterans. After Vietnam, one could’ve served an entire career without a hot combat situation, but we need to remember our presence in Germany was critical to history,” Graese said.

Graese continued, “Joining that army and joining the Army in a hot war, that’s another great generation. The Greatest Generation, those WWII vets, they deserve that title and own it. But the people who signed up after 9/11, they knew what they were getting into. I’ve had nephews that have served. I’ve had very blunt conversations with them — listen, you’re not going to be hanging out at Fort Lewis, Washington, you’re going to serve in combat. I’ve had that conversation with my own son. It’s not a matter of if, it’s a matter of when.”

Graese said for those who chose to serve following 2001, he’s “always blown away” by their service, patriotism and bravery.

“We never implemented the draft, we never brought it back. Sometimes there were challenges in getting the recruiting numbers at certain points in the war, but people continued to serve their country,” he said. “Our nation chose to invest in its military and its service men and women.”

even born — Graese said the lesson he learned from 9/11 and the ensuing 20 years of war that followed it is “you got to be prepared.”

“People want to do us harm — there are nations out there who don’t like democracy, who don’t like individual freedom. That’s what our country is based on,” Graese said. “We really coalesced as a country after 9/11, in a way I have never seen in my lifetime. In some ways, that remains and in other ways we’re more divided than we ever were before. We all need to protect the Constitution of the United States. That’s the oath I swore for years.”