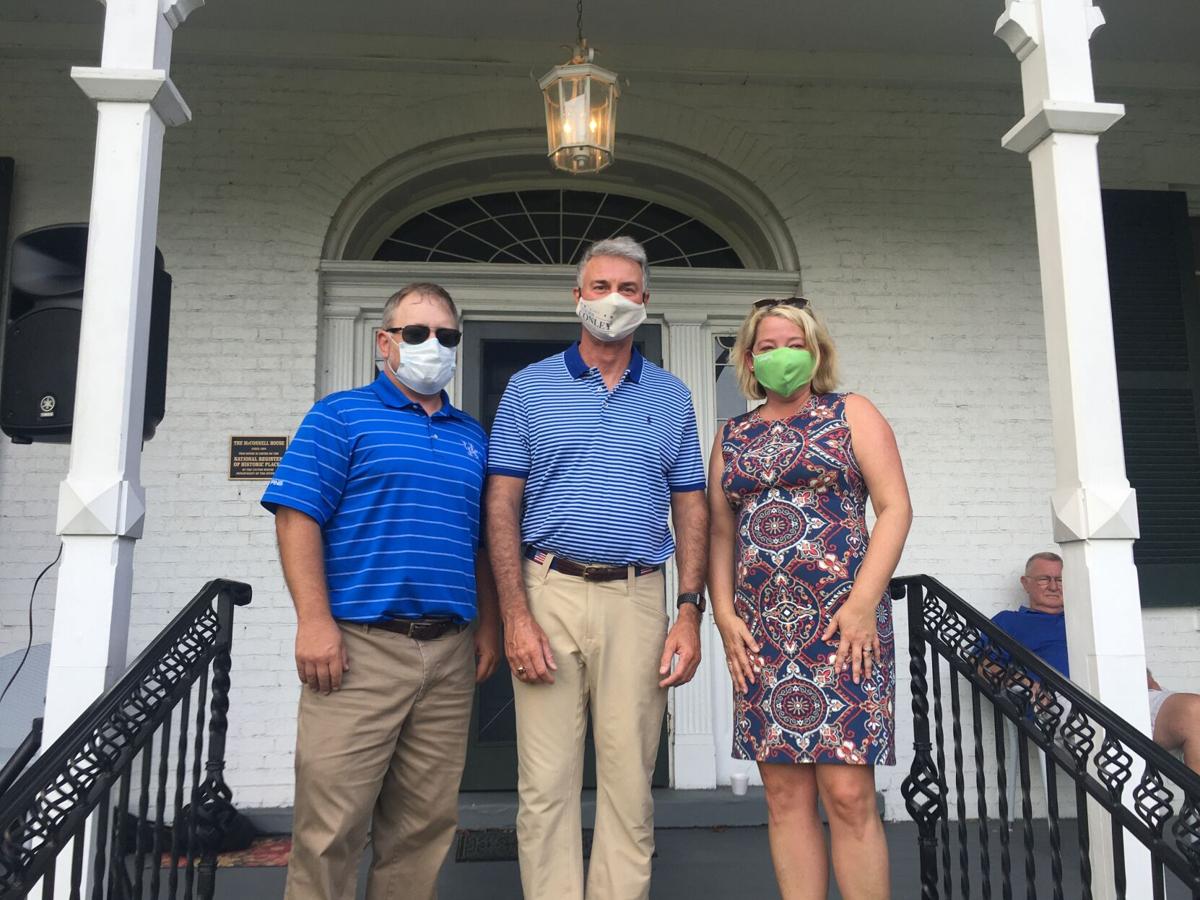 From left to right, Paul Craft, Judge Robert Conley and Tracy Frye, stand on the steps of The McConnell House on Thursday. 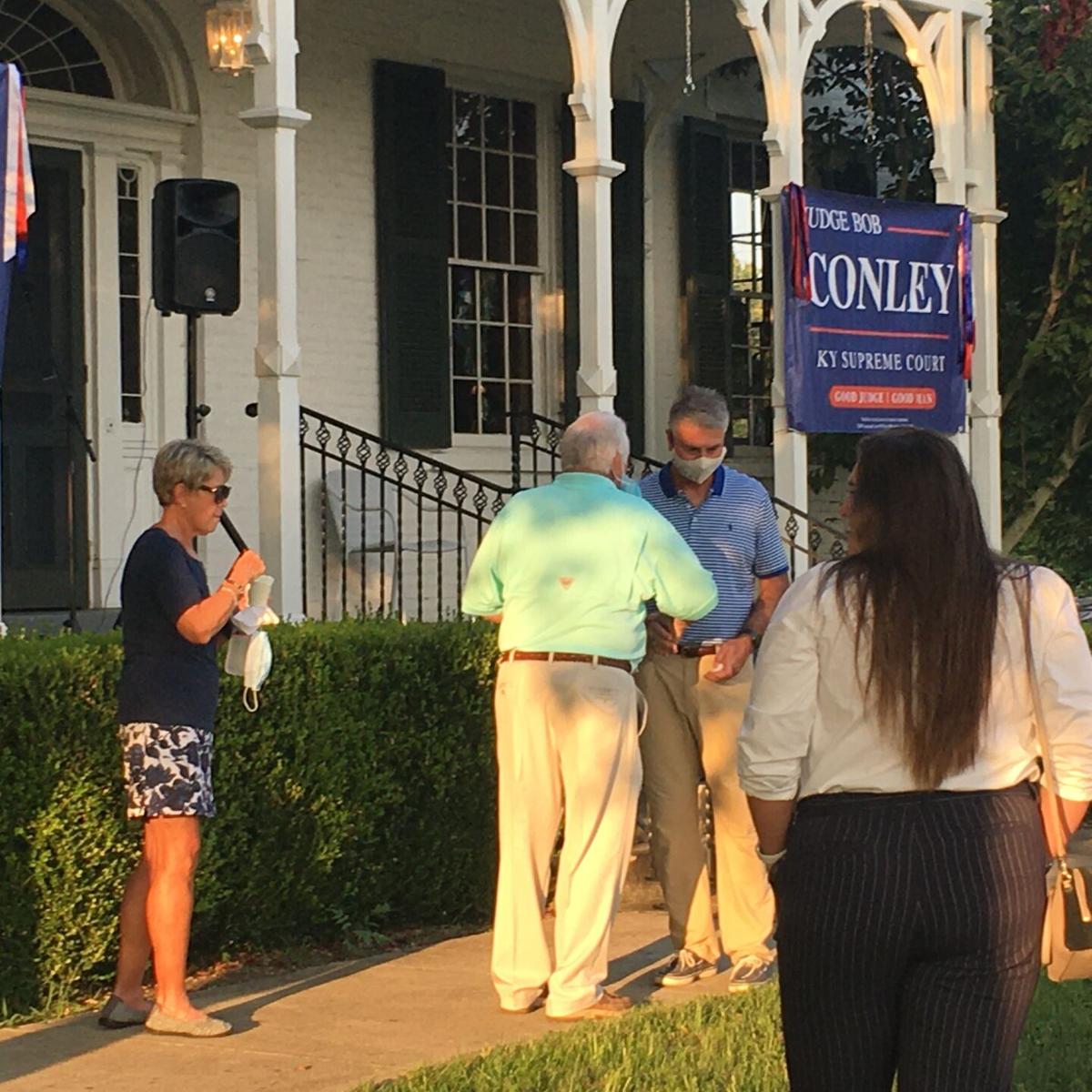 From left to right, Paul Craft, Judge Robert Conley and Tracy Frye, stand on the steps of The McConnell House on Thursday.

WURTLAND Judge Robert Conley, candidate for Kentucky Supreme Court 7th District, had a fundraiser on Thursday at the Historic McConnell House in Wurtland. Conley, a Russell native, has 25 years of experience and he said he believes he is the best choice in the November election.

Conley said that funds are going toward his election campaign and given that this year is also a presidential election year, raising the funds needed to compete in television and other media can be a daunting task.

“We do need to raise as many dollars as we can,” Conley said. “They (the ads) are going to be very expensive. And with not only the presidential election, but the Senate elections as well, that cost has skyrocketed.“

Conley also said another challenge was projecting a close figure on how much would need to be raised.

“That figure really depends upon who you ask,” Conley said. “I’ve heard some people say that this race requires $150,000, and other people say you could get by with $100,000. I just know it’s going to be expensive, but it will be worth it to get the message out.”

“I really feel that once the message gets out, the people in my district will want me on the state Supreme Court,” Conley said. “I have the same values as the majority of people in my district and letting them know that is very important. The people here locally already know me. After (almost) 26 years, local people know who I am and what I stand for. It’s the people in other parts of the district who don’t know me, and that’s who I need to get the message to.”

He has planned two additional fundraisers to facilitate this, with a potential third one if necessary. And for those who can’t make it to a fundraiser, Conley said they can support him through donations on Facebook at facebook.com/judgeconley, and his website is conleyforsupremecourt.com.

Recently, Judge Conley has been endorsed by the NRA, Right to Life, and the Commonwealth Policy Group, among others, but says that the pledge he makes to everyone is that he will be fair, faithful and impartial.

The fundraiser was well-attended and supported by individuals throughout the area, and many pitched in to help organize it.

“It was really a joint effort by different members of the community,” said Paul Craft, of McGinnis and Leslie PLLC. “Myself, and a few of my law partners, Steve McGinnis and Bruce Leslie, Bruce McDonald and also Tracy Frye and some others as well.”

Craft said the show of support for Judge Conley was to be expected.

“I’m not really surprised by it,” Craft said. “We feel that he’s had a lot of support because we’ve all had the opportunity to work under him.” Craft said that he has worked with Judge Conley for 18 years and said that he is without exception the best judge he has ever been in front of.

“He is tailor-made for the Kentucky Supreme Court,” Craft said. “He is a very smart and analytical judge who really understands the law and how it fits with the cases that are in front of him. I think he will do an exceptional job.”