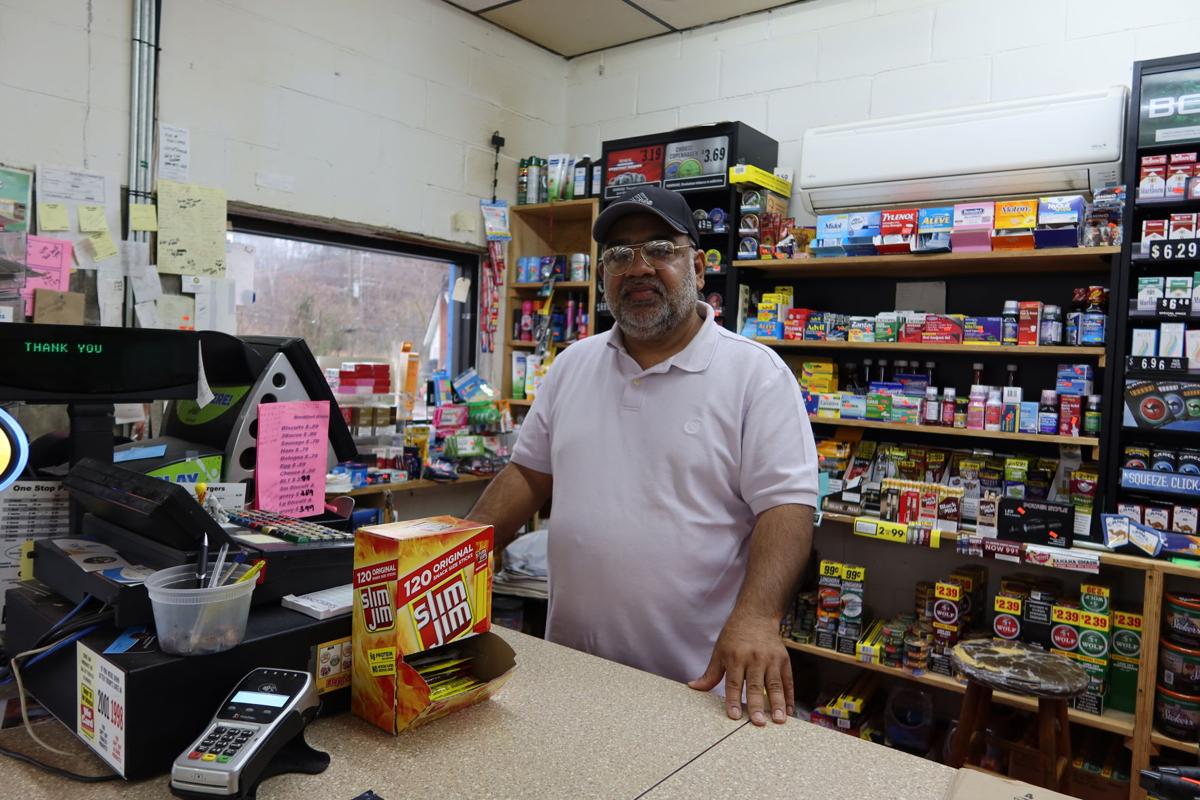 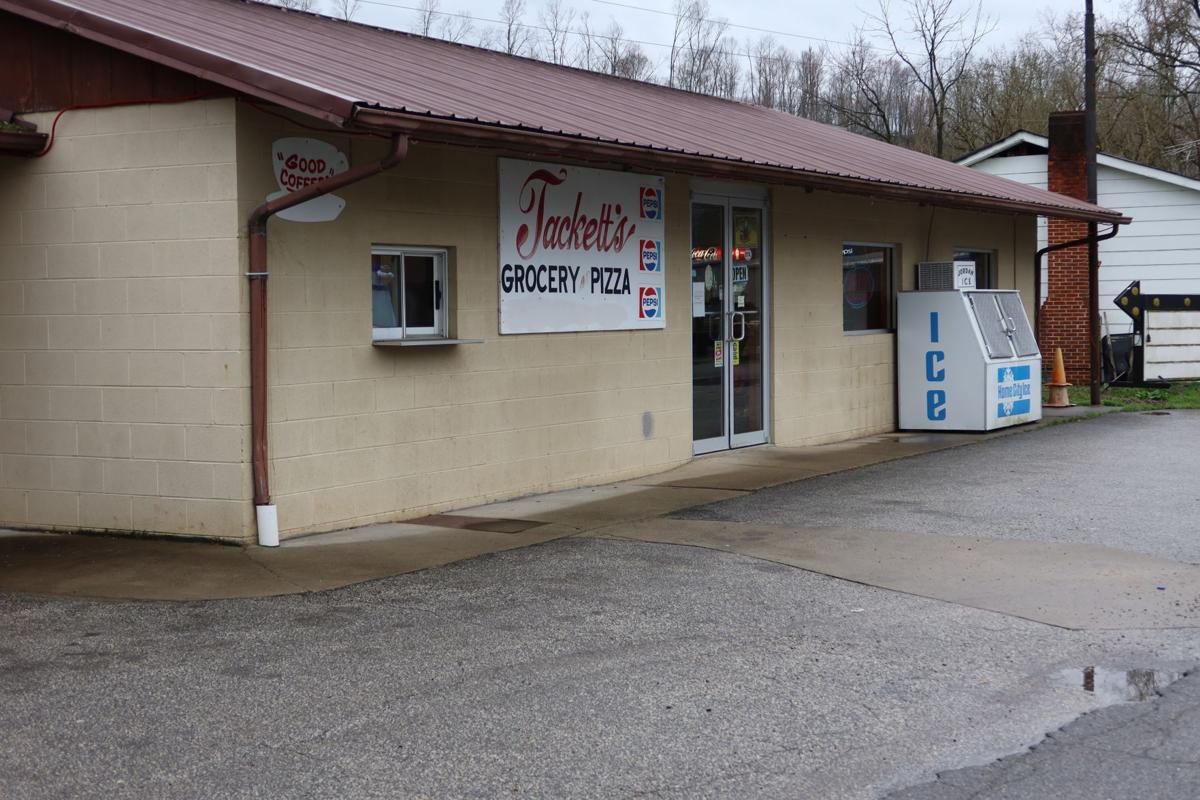 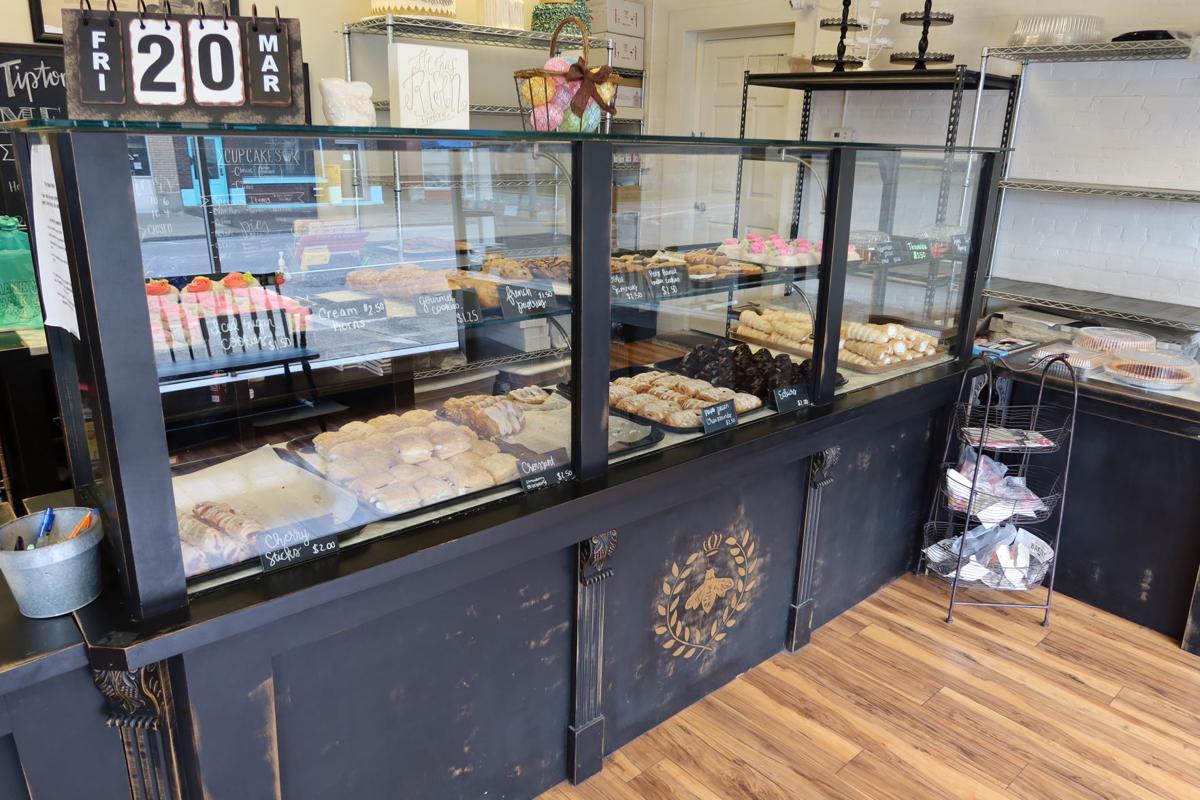 White's Custom Meats on 6th Street in Ashland has been extra busy this past week. KEVIN GOLDY | THE DAILY INDEPENDENT

White's Custom Meats on 6th Street in Ashland has been extra busy this past week. KEVIN GOLDY | THE DAILY INDEPENDENT

ASHLAND Joe Wright and his daughter-in-law, Alicia Spears, waited at a blue pickup truck on Ferry Street Friday for a stock worker to put boxes of meat outside of White’s Meat Market.

With no parking in the two lots for the butcher’s shop at the intersection of Ferry and 6th, the two parked along the street. It’s a scene that’s played out all week at Ashland staple, especially since the meat counters have turned scarce at the supermarket in the wake of COVID-19 outbreak.

Cars with Kentucky and Ohio tags have filled the lot consistently during business hours — Friday morning, people were lined up out of the door ready to place their orders.

“Oh God, what didn’t I get?” Spears said. “Sausage, bacon, beef, turkey, some ham. It’s like something out of a movie.”

“I can’t stand on feet for all that long, so it’s tough,” Wright said.

Along with several cases of meat, a generator is also in the bed of the truck.

“I talked a friend out of letting me have this generator for the time being because you never know if the electric goes out and you have all this meat, you’re done,” Wright said.

With retail level shortages have forced consumers to revisit local shops to find needed provisions. Linford Weaver, owner of Weaver’s Market in Grayson, reported he had double the sales this week. Found stocking meat in refrigerator Friday, Weaver said he figured he wouldn’t do all that much business at the Mennonite market when he opened up shop at the beginning of the week.

“Based off of how we did Friday and Saturday, it’s going to be dead, snow storm type of concept,” Weaver said. “At that point, I was thinking if we need to do, we’ll do curbside pick-up and I was thinking about we can do to keep up. Right now, we’ll flex to whatever we need to do. Food don’t do any good in the store.”

The market’s Pennsylvania-based supplier — which caters to many Mennonite and Amish stores — is holding strong, Weaver said.

“It’s a good-sized wholesaler, but they’re not going to get hit like Sysco and Corner Foods or large distributors like that,” he said. “He’s struggling with potatoes, but he said, ‘I’m taking care of my old customers’ and so far he’s been delivering to us.”

A silver lining for Weaver’s business is gaining new customers, he said.

“We’ve been here for seven years, and we’ve had people come in here as a second or third try, so hopefully they’ll come back,” Weaver said. “We do have a lot of senior citizens, so we want to do what we can to take care of them.”

Out in Argillite, along Ky. 207 sits Tackett’s Grocery and Pizza and One Stop Grocery. With Grayson almost 20 miles away and Flatwoods about 10, the two country stores are the type of place where locals stop to grab something quick in a pinch.

Hope Salyers works at Tackett’s, which is owned by her mother-in-law. The store had a dine-in section for a “dairy bar with pizza and pasta” that saw a lot of elderly congregate during the lunch hour, Salyers said. With a that closed per the government’s orders, business has taken a hit, she reported.

“We had a lot of retirees that eat, so it’s had an impact,” Salyers said. “There was quite a few of them.”

Shelves were barren in the store. With the rush at major food retailers, distributors just aren’t coming to restock, Salyers said. The bread man hadn’t been in a week, she said. When the milk came, he had no milk, she said.

“I don’t know what we’re going to do in two weeks,” she said, tearing up.

Across the street at One Stop, shelves were full of canned goods — eggs, bread and milk, not so much. Owner Birkham Singh said business is doing fine, despite folks being “scared a little a bit.”

While the bread man has been able to deliver a little bit to the store, Singh said he tries to get what he can “here and there.”

“I’m not trying to make money on it at this point,” Singh said. “I’m just trying to make sure it’s here. The last time the bread man was here, he had no bread. So I grabbed some from Sam’s (Club) so I can have a little here for people.”

Singh continued, “This is a country store, people don’t want to drive 10 miles for bread. People will call from home and ask, ‘Do you have bread? Do you have milk? Eggs, you know?’ Eggs have a two-item limit at stores now, so there’s a problem. Here, I put a limit on one carton here.”

For the time being, eggs aren’t a major concern at Tipton’s Bakery in Ashland. Owner Tammy Tipton-Vogelson said on a slow week, the cake and sweet treat shop goes through between 60 and 90 dozen of eggs a week. On a busy week, it can be up to 120 cartons.

“We get our stuff from a distributor in Michigan, so we did flip out a little bit on Tuesday because we got nothing. No eggs on the truck. We panicked, so I called Portsmouth Valley foods and got 120 dozen from them,” she said.

Tipton-Vogelson continued, “If we’re in a pinch, we’ll buy some eggs from stores, but we’re not competing with consumers for eggs at Kroger. If we did, they’d be really mad at us.”

Despite the rush for essentials, Tipton-Vogelson said orders for cakes are still coming in. The volume of orders have dwindled, however the amount of items per order have increased, according to the owner. While business is a concern in these times, Tipton-Vogelson said she is more concerned about the health of the public and her family.

“We have to be really careful because my husband is sick. So I stay in the back as much as possible, so I don’t want to have a lot of contact with the customers, which I normally do,” Tipton-Vogelson said. “I don’t want to take something home to him, because he is very, very sick. He would not survive the virus.”

While the store has reduced its ready to sell treats, cookies and pastries are still in its cases. In order to protect everyone’s health, Tipton-Vogelson said customers can call ahead before they pick up an order and have it brought out to their cars.

“We’re also asking people if they can, to leave their families outside, because a lot of times we have four or five people come in,” Tipton-Vogelson said. “We’re hoping to keep the number of people coming down to prevent the virus from spreading.”

Back at White’s Meat Market, Wright isn’t as worried about the virus as he is other people.

“I just hope it don’t get too out of hand,” Wright said. “That’s my main concern, that people don’t start roughing and shooting.”