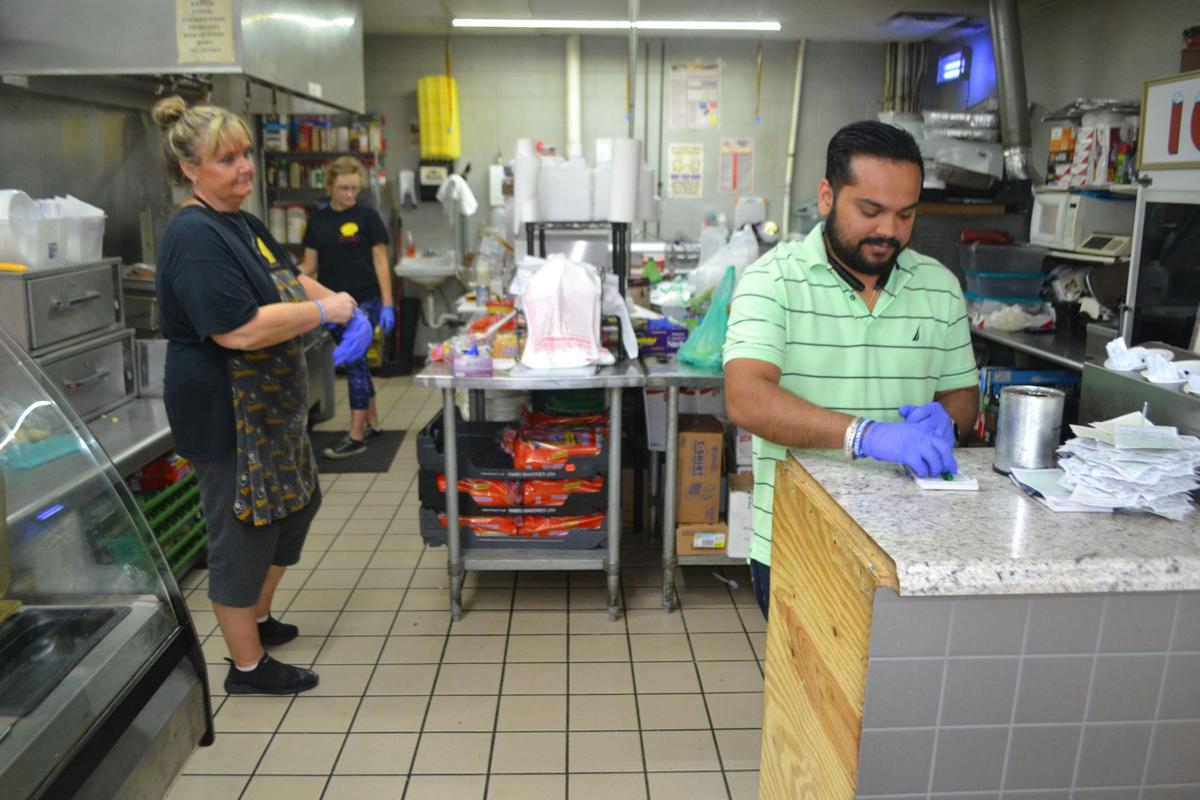 Taj Sardar and cook Tammie Grant in the Kings Diner. 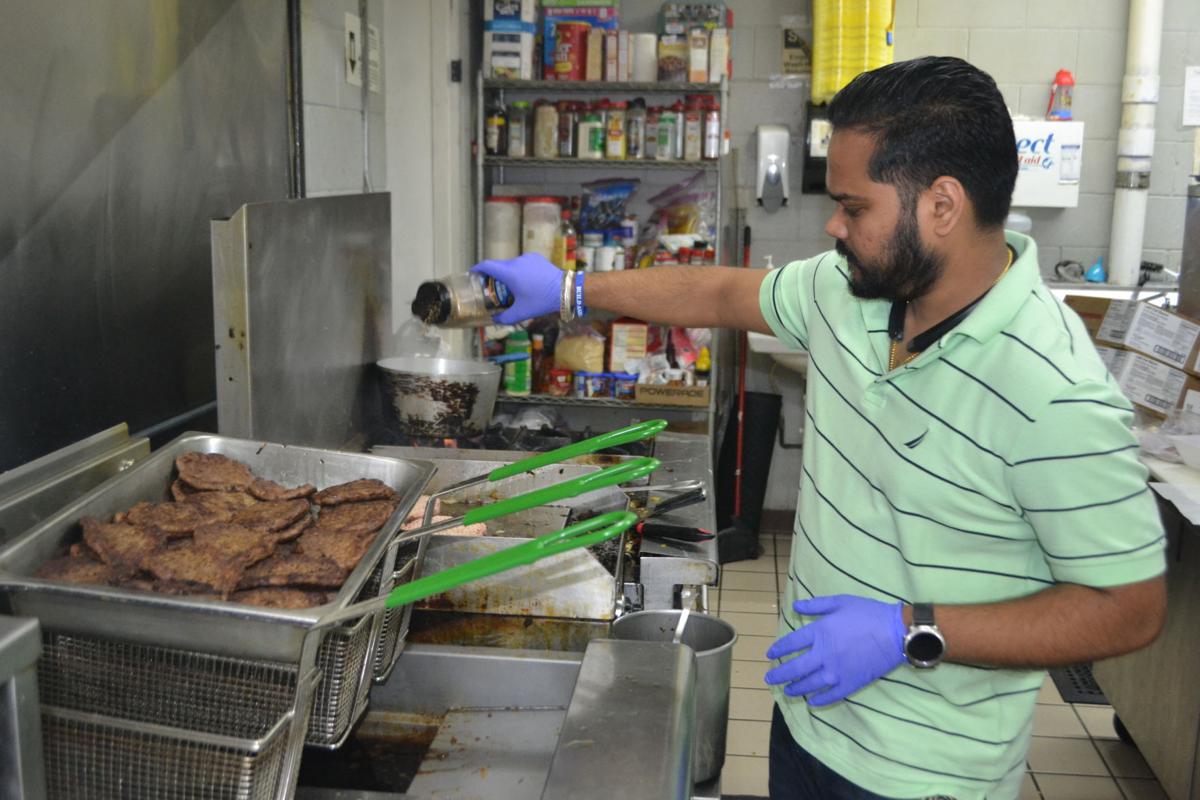 Taj Sardar cooking at the diner. 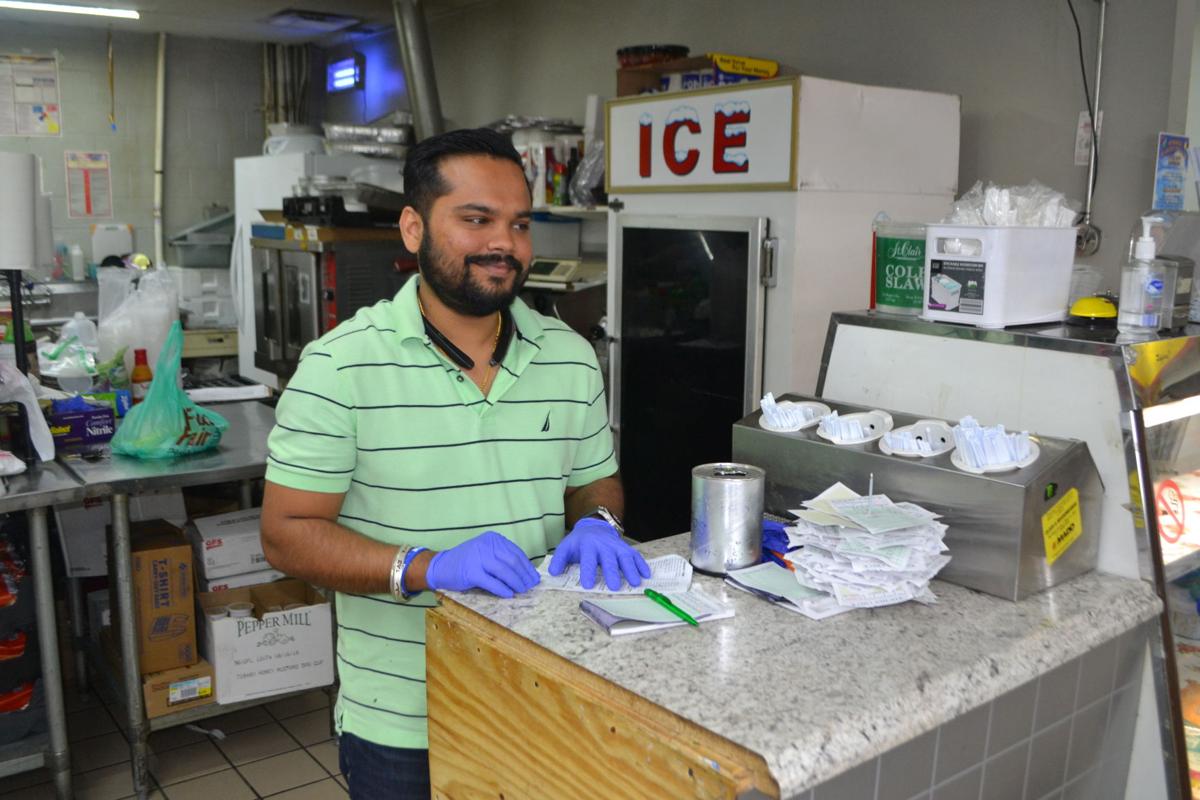 Taj Sardar at the counter in the diner.

Taj Sardar and cook Tammie Grant in the Kings Diner.

Taj Sardar cooking at the diner.

Taj Sardar at the counter in the diner.

ASHLAND Taj Sardar has encountered racism before at his tiny diner on Greenup Avenue, but those incidents typically amounted to a churlish customer suggesting he go back to his own country.

On Monday, however, the 32-year-old entrepreneur saw something that cut more deeply than the rude comments he’d heard from time to time and shrugged off.

It was a Facebook post in which a first-time customer openly disparaged his food, his ethnicity, and his loyalty.

The customer posted on social media that upon frequenting Sardar’s diner they were “greeted by a tribe from India,” the post read. “I would’ve been better off chewing on my tennis shoe than trying to choke down Monday’s meatloaf special . . . I’m ashamed that I probably just funded Al-Qaeda in order to have a meal,” it continued.

The post was so offensive that others on social media screen-saved it and shared it, calling out the original poster for the racist views. That in turn led to an outpouring of support for the restaurant.

Sardar said he was deeply hurt by the comment.

“I couldn’t imagine what I was reading. My heart was broken. How could this person affiliate me with a terrorist group,” Sardar said Thursday.

It was an exhibition of racism that for a few hours made him question his commitment to his life in America and his goal of becoming an American citizen — until his own optimistic nature and a torrent of support restored his confidence in himself and his adopted community.

Sardar told the story sitting in one of a handful of booths at The Kings Diner, which is tucked into the side of the Shell station and convenience store in the 2000 block of Greenup Avenue.

Sardar had noticed the man who posted the racist comment sitting and eating silently because he knows his clientele and usually makes a point of greeting newcomers.

It was busy, however; the moment passed and the man left. However, when the post popped up on Facebook he remembered.

After the initial shock, he kept calm. “I really didn’t know what to do, but thank God for the positive people in the community who saw it. They came out and apologized to me even though it’s not their fault,” he said.

He reported the post to police. Police can’t take any action because the post didn’t amount to a crime but they will keep the report in their files in case there are future incidents.

Born in India and raised in Antigua and Barbuda, Sardar moved to the United States in 2006 and was in New York before coming to Ashland in 2010 to attend Marshall University and go into business at the Shell station.

He is a green card holding permanent resident and hopes in time to become an American citizen.

He is a Sikh, not a Muslim. He also is a tax-paying business owner. “In my heart I know I worked hard to get here. I pay the same taxes as anybody,” he said.

He is also the best boss ever, if you listen to Tammie Grant, who does much of the cooking at the diner. That accounts for her anger when she saw the post.

The rant has since been deleted but Grant’s daughter Shania Smith took a screen shot and posted it. From her Facebook page the screed has garnered 125 likes and other reactions, 200 comments and been shared 148 times.

Most commenters are rallying around Sardar, and many are showing their support by frequenting the diner.

That’s in addition to his regulars, who like the food and the proprietor too. “It blows my mind. I thought everybody was past that stuff, said Ryan Justice, who works in sales at the Don Hall auto dealership and buys his breakfast at the diner. “I don’t understand why people act the way they act. These folks are just here trying to make a living.”

Business has been up since Monday, Sardar said.

The author of the tirade works for Portsmouth Emergency Ambulance Service, and some Facebook commenters say a racist emergency worker can’t be trusted to care adequately for all patients.

A woman who answered the phone at the ambulance service said the service will not be commenting, and the original poster has not responded to a request made by a reporter on Facebook Messenger.

“I’m not holding it against him. We’re all human. I believe in forgiveness. I hope he learned something.”