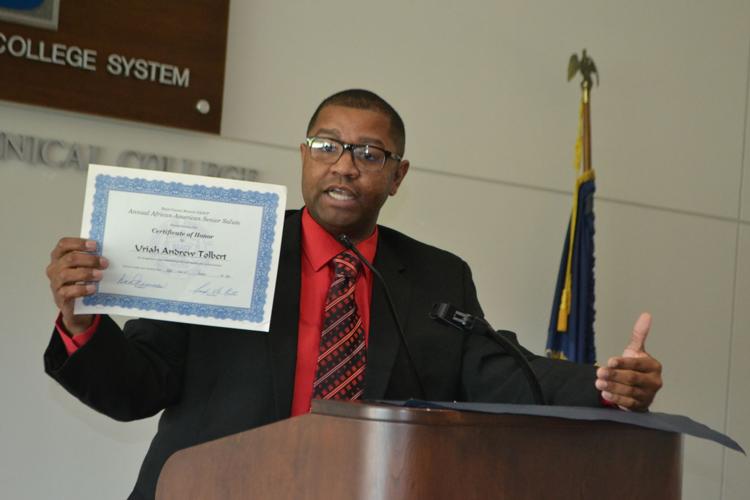 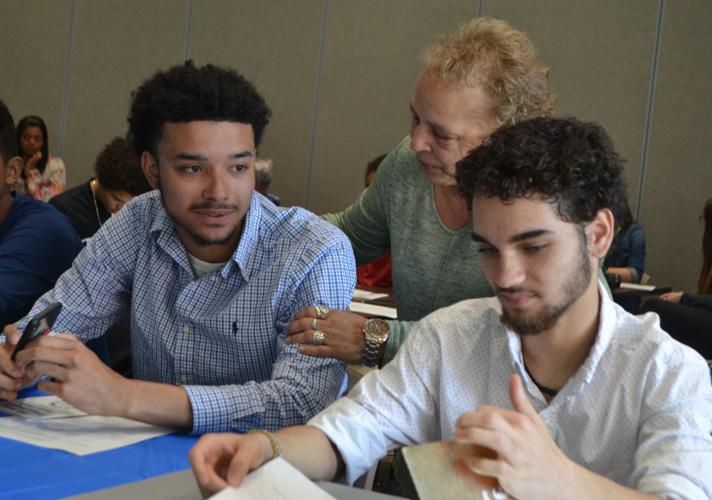 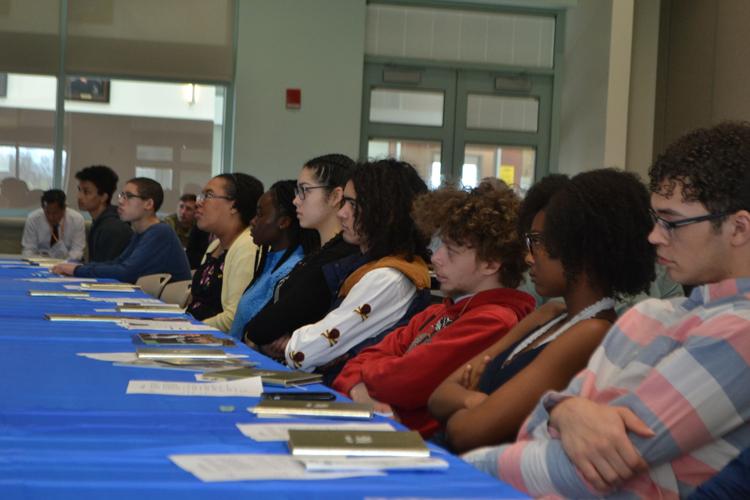 EASTPARK Having a plan B in case Plan A doesn’t work out isn’t enough to ensure success, some high school seniors learned Thursday.

“You’ve got to have plans A, B, C and D. You’ve got to have backups to your backup,” Crabbe Elementary School principal Uriah Tolbert said to 19 African-American seniors from schools in Boyd and Greenup counties.

Tolbert dispensed his advice along with some insights from his own life during the 26th annual NAACP Senior Salute at Ashland Community and Technical College’s EastPark campus.

Raised by his grandmother and an aunt in Ashland, where he attended Hatcher Elementary and graduated from Paul Blazer High School in 2004, Tolbert credited scores of teachers from elementary on up who guided him to academic and career success.

He still has the certificate he received as one of the students honored in the 2004 Senior Salute, and he brought it with him on Thursday.

Tolbert was hired in 2018 as the first African-American principal in the Ashland school system.

“He was inspiring . . . He gave us good tips for going on with our own dreams and not stopping and that there may be bumps, but we should keep on going,” said Christine Clarke, who will graduate from Blazer this year.

“Every point he made from the stage was 100 percent,” said Russell senior Trey Rankin.

The Boyd and Greenup counties branch of the NAACP hosts the event for seniors each year not just to applaud students but to keep them on the path to success, according to chapter president Al Baker.

“We want to encourage students to stay in school, stay focused and overcome obstacles. We drill it into their minds, that they can make something of themselves regardless of their background,” Baker said.

Life after high school will include obstacles, but students don’t have to negotiate them entirely on their own, according to NAACP member Asif Razak, who also spoke. “Always be asking questions. Always be asking for help. “Asking questions and asking the right questions is the way to move toward your dreams,” he said.

“I see a little part of me in all of them,” said Razak, an Ashland chiropractor. “Some of them are shy, some of them are go-getters. There are so many personalities and I can feel the butterflies in their stomachs.

“Some of them may be the first in their families to go to college, and they’re wondering where they can go for help.”

This year’s seniors include: