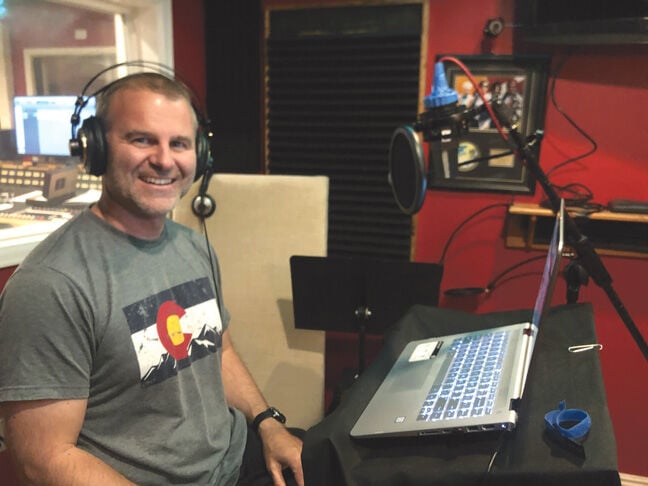 Brandon Tosti takes a break from reading his book, “Who We Meet Along the Way,” for the audio version. 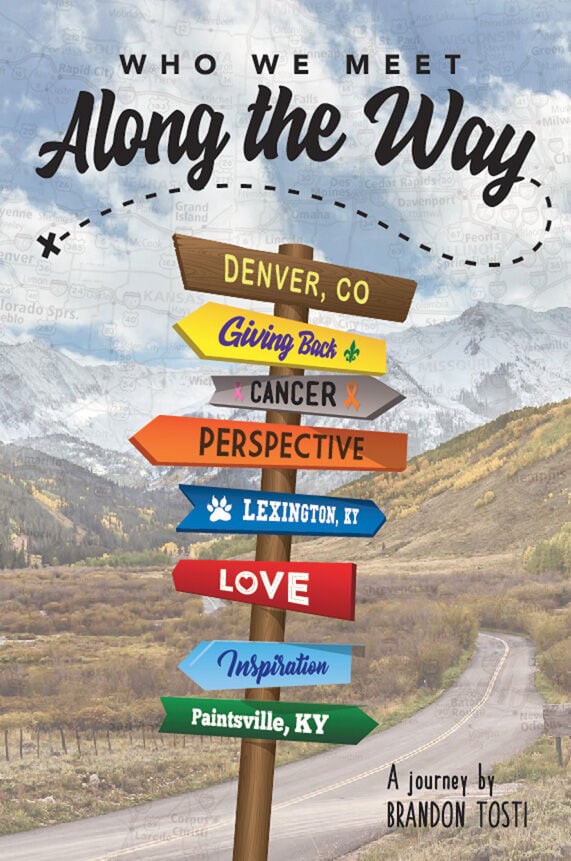 Brandon Tosti takes a break from reading his book, “Who We Meet Along the Way,” for the audio version.

ASHLAND Brandon Tosti wrote a book and he didn’t even know it.

At the suggestion of his college roommate, the Paintsville native who now lives in Arvada, Colorado,  gathered uplifting stories he posted on Facebook and made a book titled “Who We Meet Along the Way,” which was published this spring and is available on Amazon and Barnes and Noble websites.

The 47-year-old has many experiences on which to draw for stories.

Tosti, a 1992 Paintsville High School graduate, graduated from the University of Kentucky, where he earned a sports marketing degree. He spent a summer as a sports reporter and sports columnist for the Paintsville while attending college.

Tosti calls himself a born storyteller, and he didn’t have to look far for some of his stories, many of which came from growing up in small-town eastern Kentucky.

“I just remember the kindness of the people,” he said, recalling having neighbors in Paintsville who frequently took him for ice cream on summer evenings.

“They were more like grandparents than neighbors,” he said.

He also remembers riding bikes as a mode of transportation all over town.

“There was a grass path to Pic Pac (the local grocery store) that was six or seven blocks. It didn’t go through people’s property,” he said. “I don’t know who cut that path, but it was a big, open field an someone cut a bike and walking path through it.

“We’d save $12 for a box of Topps baseball cards and ride there and get the cards and sit down and chew that God-awful chalky gum and start trading cards,” he said. “Just the fact that we were free and safe and able to stay out until the street lights came on.”

Perhaps the most serious section of the book deals with his wife Beth’s breast cancer and the journey that diagnosis sent him and his family on.

“I documented every chemo visit and her surgery and doctor visits,” Tosti said. “I wanted readers to know things you might need to know but don’t know.”

He said when she was diagnosed, he was distraught.

“Beth had the most aggressive types of cancer,” he said. “By posting on Facebook, people would know how she was doing.”

Much of the profits from “Who We Meet Along the Way” will go to charity, which is important to Tosti.

He started the charity Sports for a Cause, which was inspired by Hurricane Katrina.

“I read in Sports Illustrated that two years after Katrina, there was still a lot of structural damage to the schools,” he said. “I just couldn’t believe some of these pictures and how much damage water could do. I was justs moved to do something.”

At the time, Tosti was working in the sports industry and knew of excess T-shirts and water bottles that could be donated, in addition to used sports equipment and items that couldn’t be used again. He used his connections to find schools in need and formed Sports for a Cause.

“It was amazing how open people were to helping me,” he said. The all-volunteer nonprofit made seven trips from Colorado to New Orleans, where they rebuilt playgrounds, paintings schools, built benches and gardened.

Then, he said he realized there were children in need in the Denver area, so the charity increased giving to those schools.

“I pick a Colorado school and do one school a year. We keep it simple and find a school that needs a little bit of help and raise money for the P.E. teachers and the varsity programs,” he said.

In addition to raising money for charity, Tosti hopes to pass along some good advice, too.

“Career advice, dreams, dating, more self reflection, because I think everyone can relate to them,” he said of his stories. “Sometimes the chase is just the chase, and then you get it or you don’t get it, and you’re fine.”