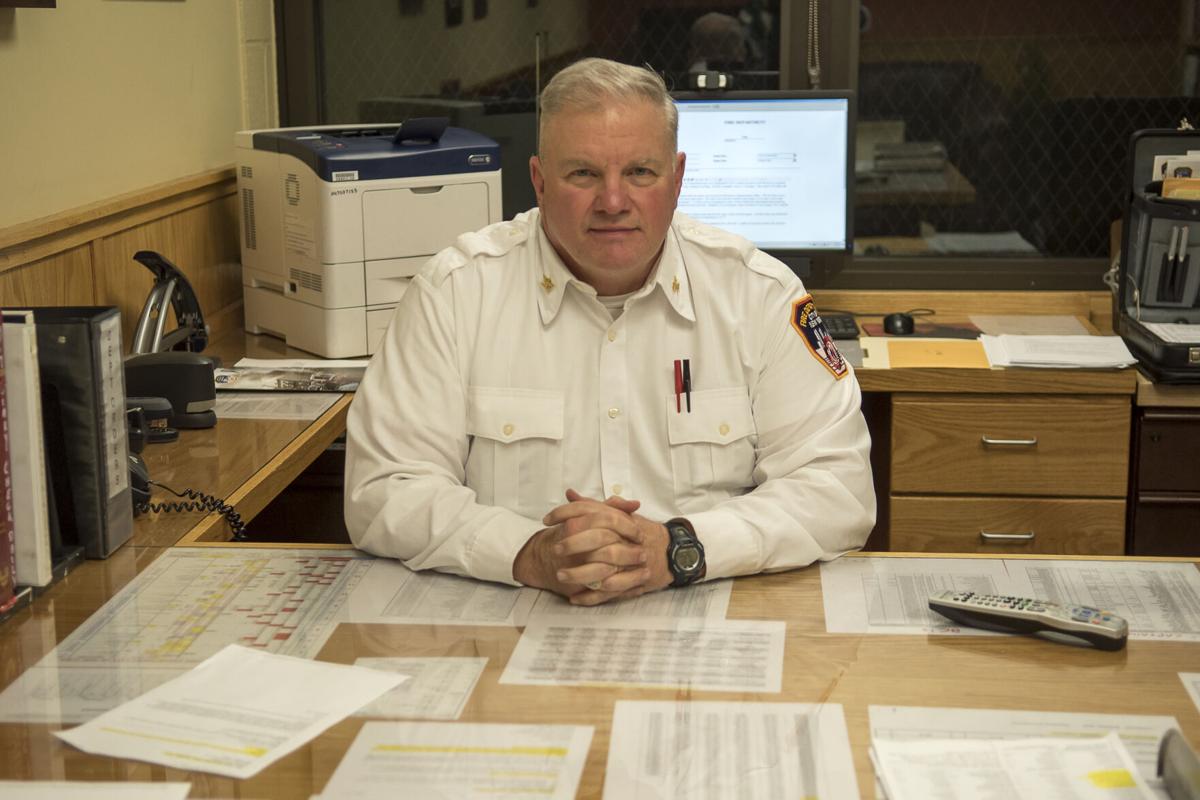 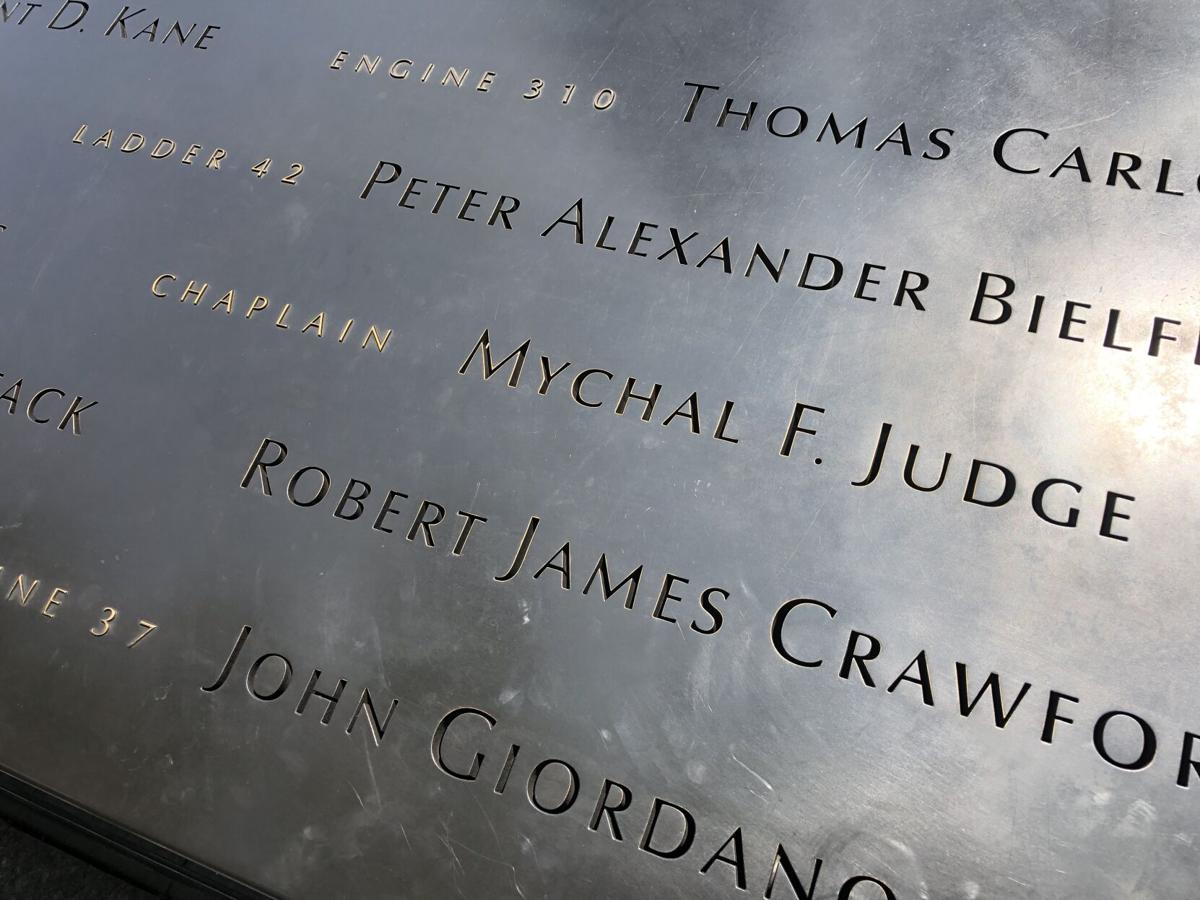 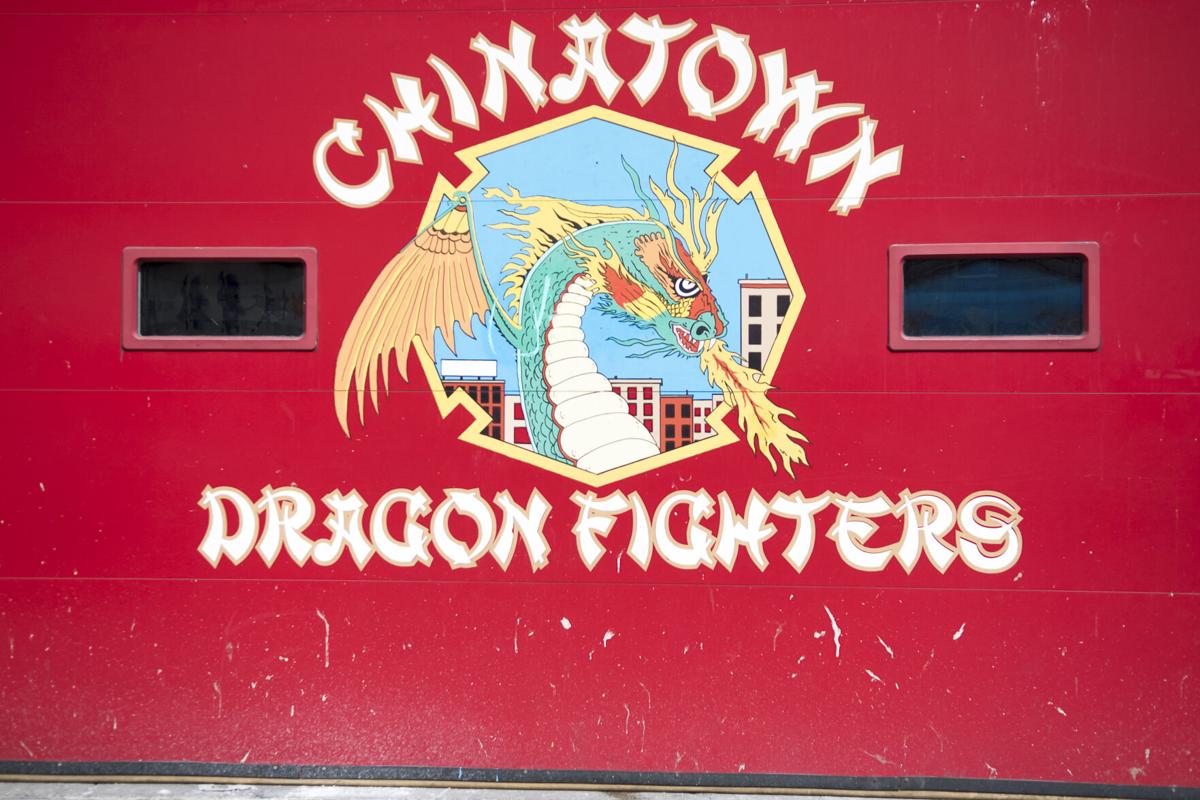 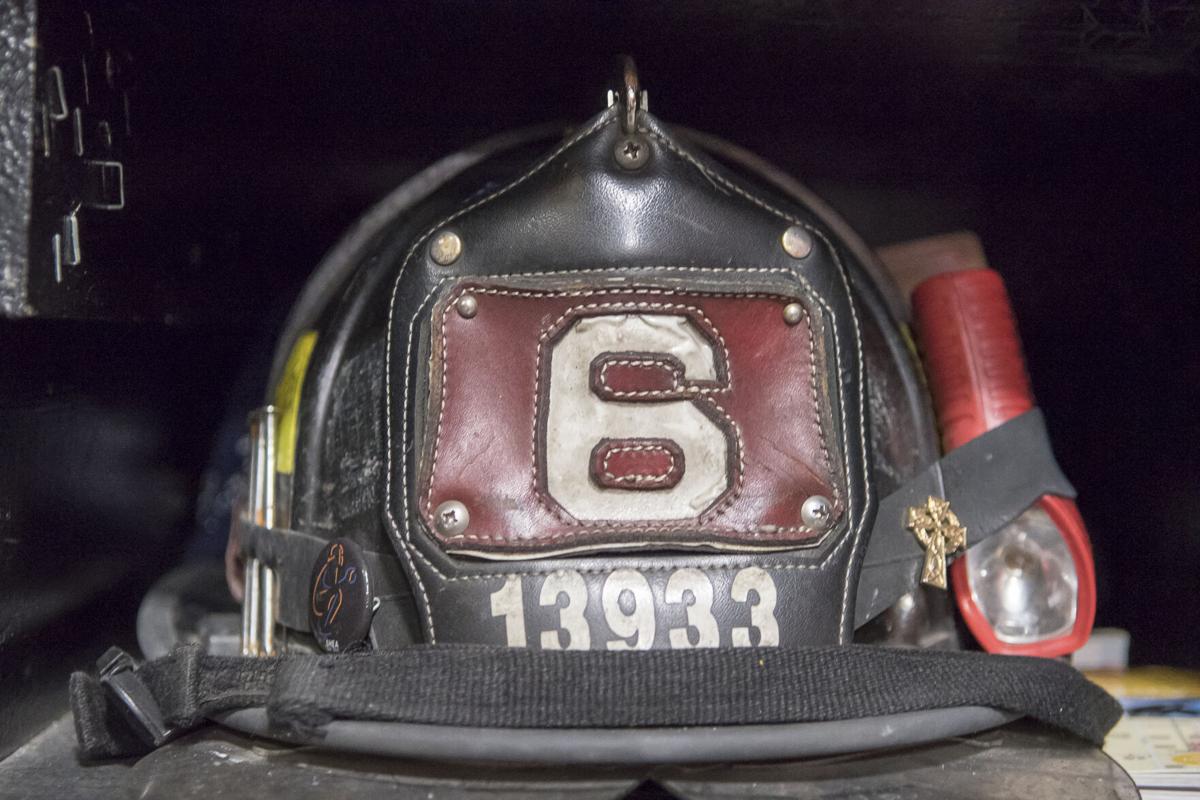 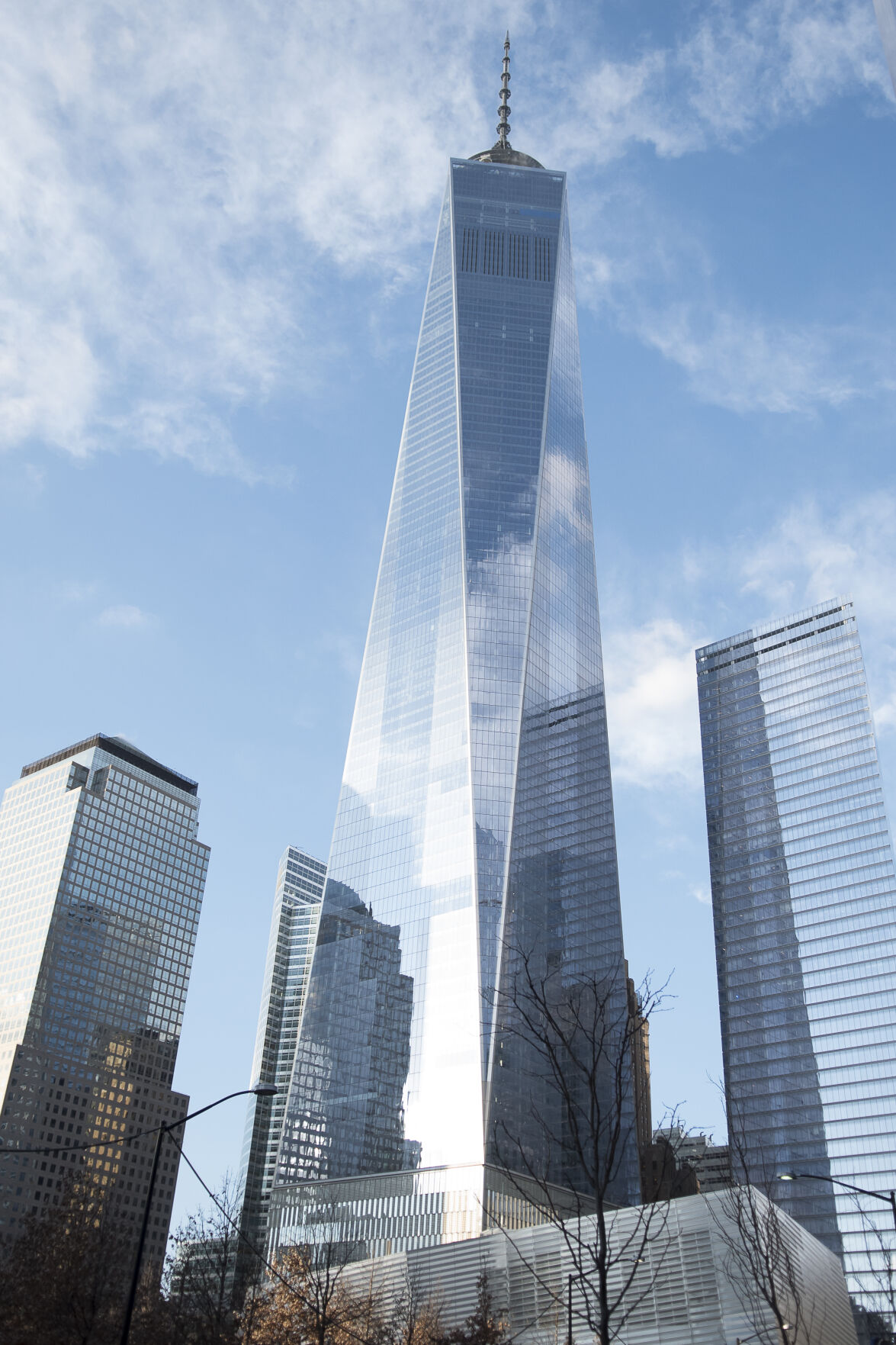 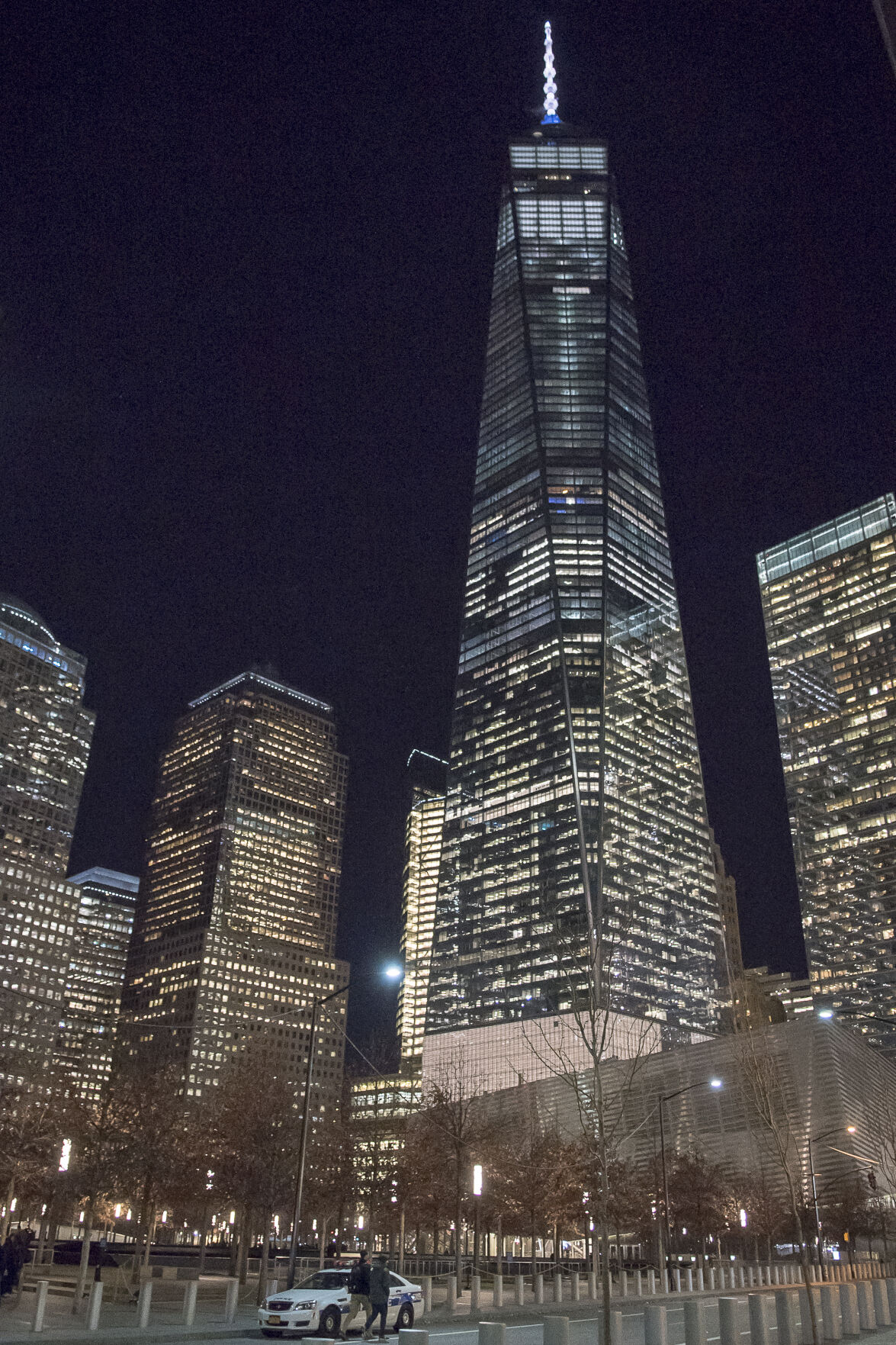 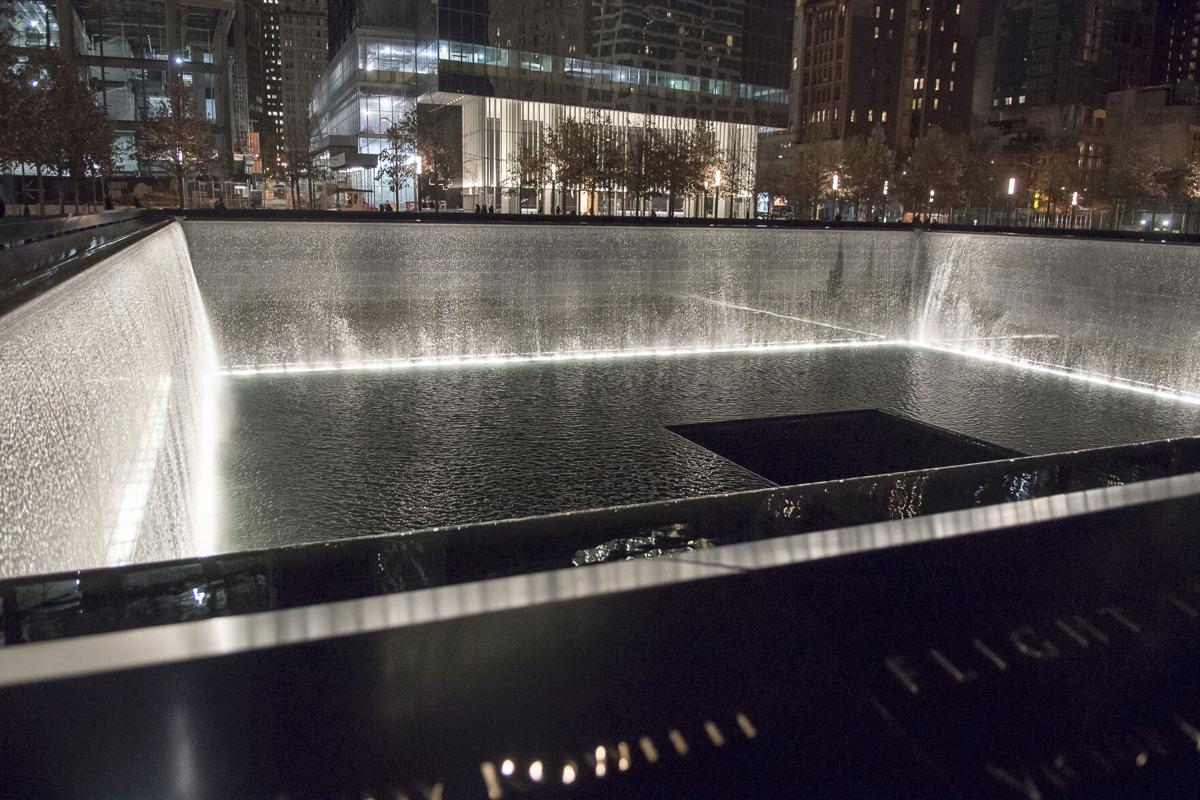 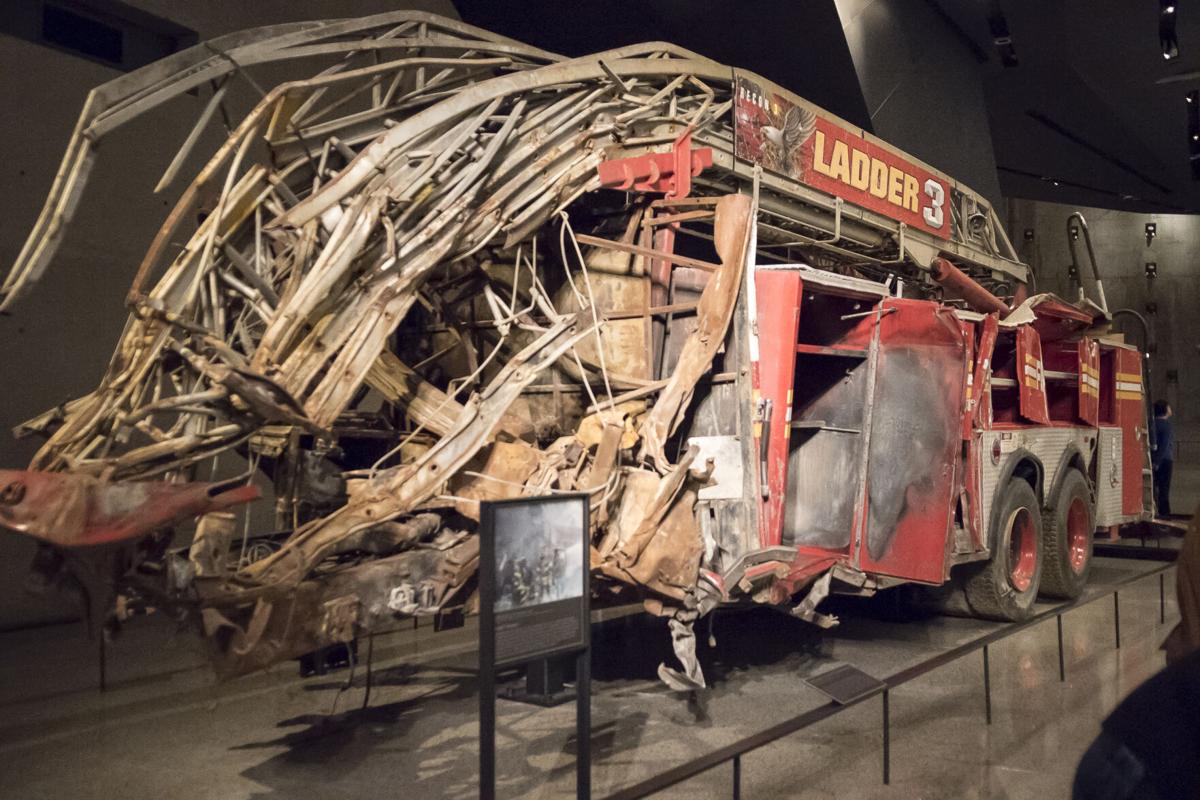 “Where were you that day” is a question often asked when someone talks about the events that occurred on Sept. 11, 2001.

For most, a detailed account can be recalled as if the event happened just yesterday — the description of the events unfolding on the television and the horror that transpired before our very eyes.

John Jonas did not watch the events unfold on a television, rather he was in the heart of the rescue efforts on that day 20 years ago at the World Trade Center.

Jonas, now a Deputy Fire Chief in the Bronx for the Fire Department of New York, served as the Captain for Ladder Company 6 based out of Chinatown, putting the crew a few minutes from the scene. However, Jonas said the horror wasn’t visible until they were almost at the site.

“To that point, we only had the visual from the Manhattan Bridge, which was about 200-300 yards,” Jonas said. “Once we crossed Canal Street, it was a bit overwhelming, to be honest. I had been in some to the busiest firehouses in New York City in my career — I had 22 years on the department at the time — and this was overwhelming.”

The sky over Manhattan that morning was as vibrant a blue as one could imagine, some describing the sky as blindingly clear without a cloud in the sky. But Jonas said in order to appreciate the sky on Sept. 11, it was important to understand its look only 12 hours prior.

“The day before was a miserable storm with heavy rain all night,” Jonas said. “To see the contrast in the morning, it was bright — really bright blue sky without a cloud in the sky. It was almost as if the air had been scrubbed clean. It was a beautiful morning and that served as a backdrop to one of the most photographed events in history.”

The next time Jonas would see the blue, New York sky that day would be from a much different vantage point than he could have ever imagined.

Jonas recalls the ride on the hook-and-ladder rig that was Ladder 6 as one like none other he had been on. The adrenaline was pumping for every member on the truck, especially for the man behind the wheel.

“This was off the charts, dramatic,” Jonas said. “My crew, they were looking out and were quiet. My chauffeur was Mike Meldrum, so I remember sitting next to him and he was going a little fast. I said, ‘Mike, slow down. We have to get there in one piece.’”

Jonas explained using the brief moments prior to arrival to gather his thoughts as he prepared to lead his men into a hell they had never witnessed.

TIME TO GO TO WORK

After arriving on scene, Jonas reported to the command post in the North Tower to receive his company’s orders to precede toward the fire in the upper floors. With elevator use not being an option, fire crews had to ascend the narrow staircases, while frantic victims attempted to escape at the same time. As they passed civilians, often bumping shoulders in the narrow quarters, Jonas recalls the rejoicing the fire crews heard on their way toward the top.

“(The civilians) were happy to see us but you have to remember they were escaping a horrible condition upstairs, so seeing us was almost like the calvary had arrived,” Jonas said. “They were helping each other out, too. I recall one woman who had received burns and one gentleman was taking his sport coat off to cover her.”

Lugging nearly 100 pounds of gear and equipment, each member continued the trek upward until they reached the 27th floor.

The South Tower had completely collapsed, leaving a cloud of dust, smoke and debris looming around the sister North Tower that still stood with fire raging out of control in the upper floors of the building. After a quick assessment to understand the seriousness of those still inside the North Tower, Jonas said his next decision was perhaps the easiest he had that day.

“I knew prior to this event a high-rise building had never collapsed before,” Jonas said. “The South Tower had collapsed, which got hit after my building had been hit and it was already down. So, it didn’t take much calculation to figure out that we may not make it out of this building.”

The crew of Ladder Co. 6 quickly reversed course in hopes of safely exiting the North Tower when their worst fears became a reality.

The North Tower had too collapsed and Ladder Co. 6 was spread out between the second and fourth floors in Stairwell B. Once Jonas gathered his troops and determined everyone was accounted for, the daunting task of getting out of what remained of the North Tower began. However, trying to find a way out was going to be more challenging than anyone imagined.

“It took a little while to settle in, to be honest,” Jonas said. “Keep in mind, until we got out of the rubble, we had no idea what it looked like outside. Once I started talking to people on the radio as I was giving the Mayday, they quickly reflected that I didn’t have a grasp on how bad it was outside while asking me questions and trying not to alarm me.

“I knew it was a catastrophic event, but I didn’t realize how complete it was. I knew we had a collapse but some of the information I had got indicated that it wasn’t a total collapse. Number one, we were alive. That’s the first indicator that maybe our entire building didn’t collapse.”

As Jonas continued to radio for help from the crews outside the collapse, it was not until the bright blue sky appeared overhead that provided the path to safety.

“It wasn’t a progressive thing,” Jonas said of the escape. “It wasn’t until the smoke and dust cleared enough outside for sunshine to hit the stairwell. Before that, we tried to continue down the stairs and that didn’t work and now we were looking — in the darkness now — trying to find a way out. It wasn’t until we got additional sunlight that we were able to dig a hole through the rubble and find our way out.”

It was not until later that evening before the crew of Ladder Co. 6 was reunited with their families. Although Jonas was blessed to see his wife and children, he admitted the men who were lost at Ground Zero were still heavy on his heart.

“It was special,” Jonas said of reconnecting with his family. “My mind was still in hyperdrive and I think my wife and kids were a lot more emotional about it than I was. I continued to have little revelations every day and finally it all washed over me at one time. I was happy to be home, but my mind is still racing about what’s going on at the World Trade Center.”

Firefighters from all five boroughs responded to the World Trade Center that Tuesday morning, but tragically, 343 never returned home to their families after they made the ultimate sacrifice in the rescue efforts at the towers.

With a storied 40-plus-year career under his belt and the various stops Jonas has made along the way, he admits there were a few he never got to make.

Jonas has not been a stranger when the topic of 9/11 surfaces in the media. Jonas and his crew first did the NBC Special with Stone Phillips titled “The Miracle of Ladder Co. 6” which documented their near-death experiences at the World Trade Center. Featured in documentaries presented by National Geographic and the like, Jonas has never shied from discussing the event. However, when a firefighter in his house realized who he was, the firefighter was taken aback that Jonas had not made mention of the event.

“It never came up,” Jonas laughed.

“If you have a question about it, I’ll talk all day. So, what do you want to know?” Jonas said to the firefighter.

During a speaking arrangement at a local high school, the daughter of a firefighter killed at the World Trade Center wished to speak to Jonas in private prior to the assembly.

“I told her that her dad was a hero that and she just kind of rolled her eyes and was just shaking her head,” Jonas said. “I held her hand and told her your dad isn’t a hero because he died, your dad is a hero because of what he did before he died. That really opened her eyes because nobody had ever explained that to her like that.”

As the country embarks on the 20th Anniversary of 9/11, Jonas said the time since the event occurred does not change its importance to the fire department just because it’s viewed as a special number.