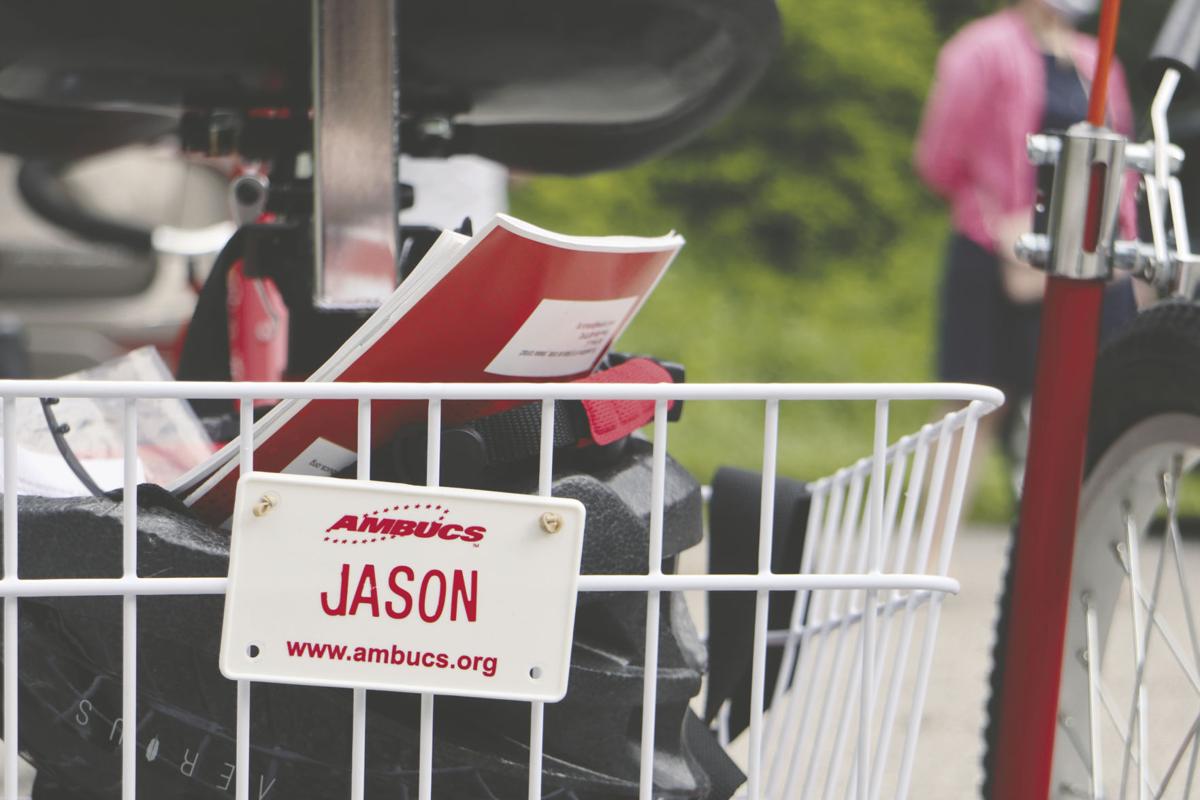 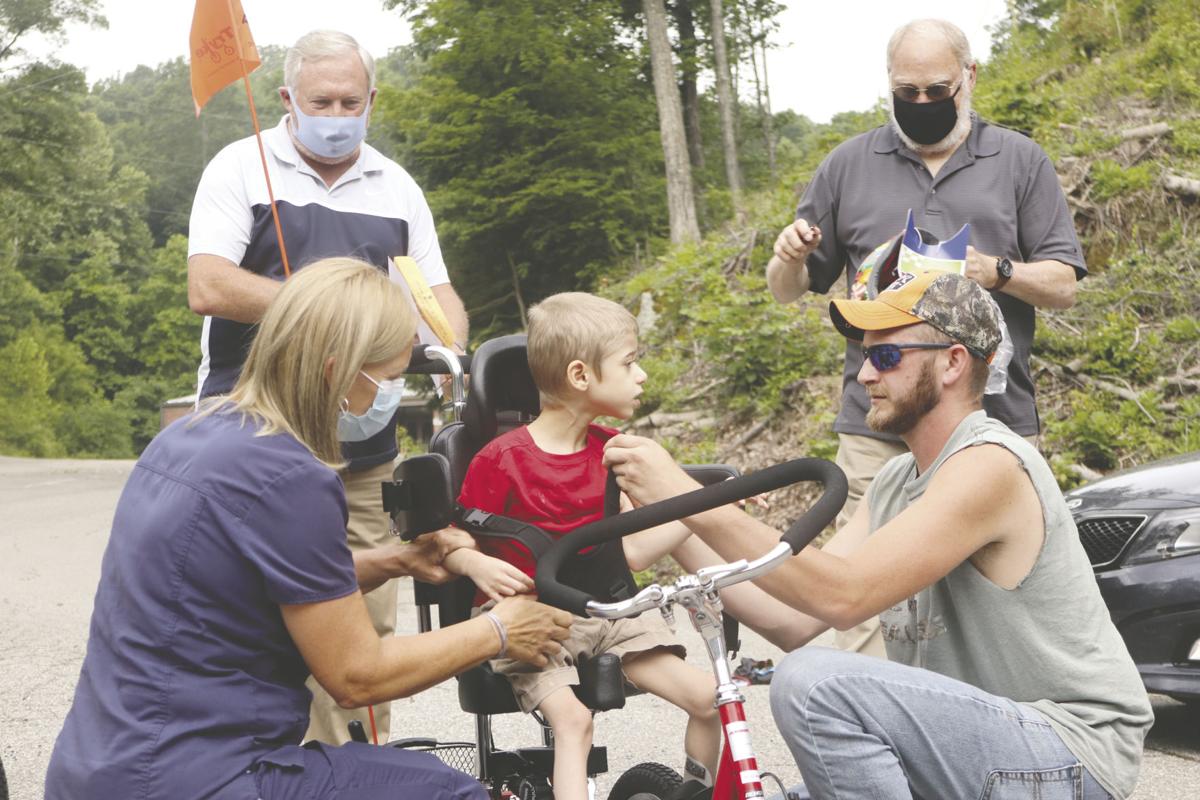 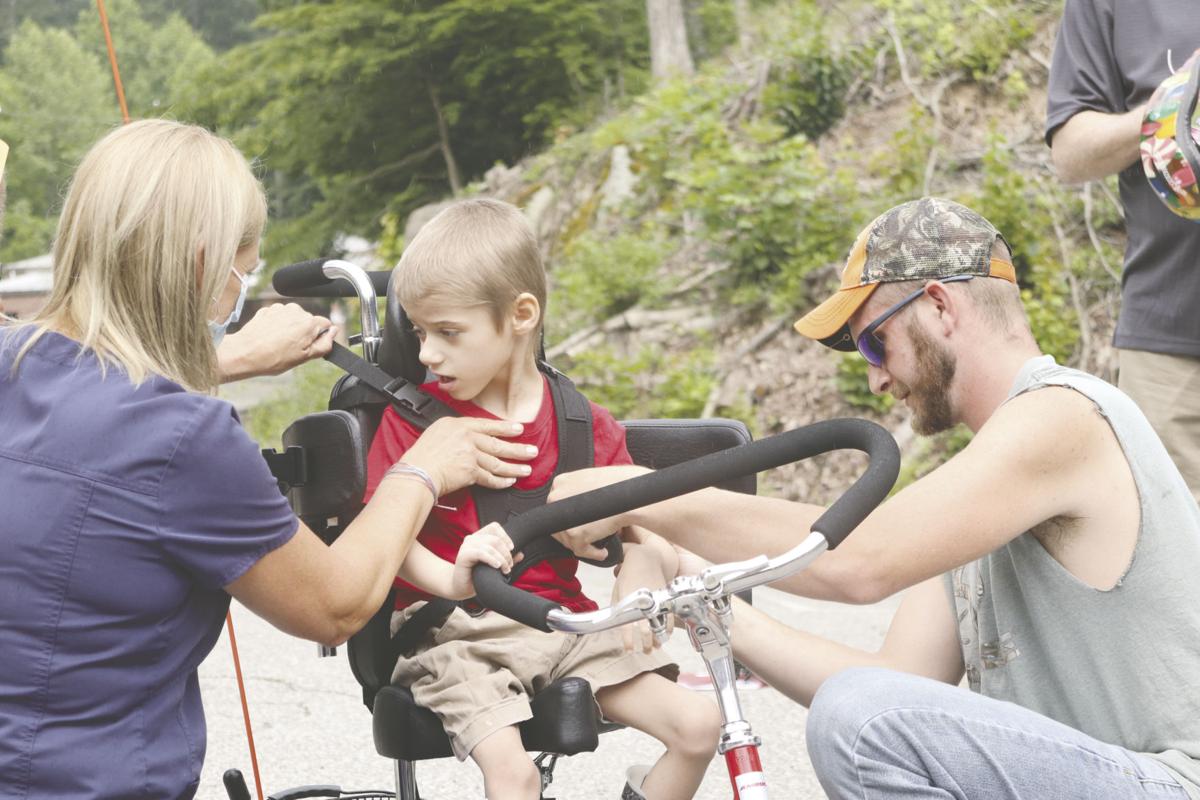 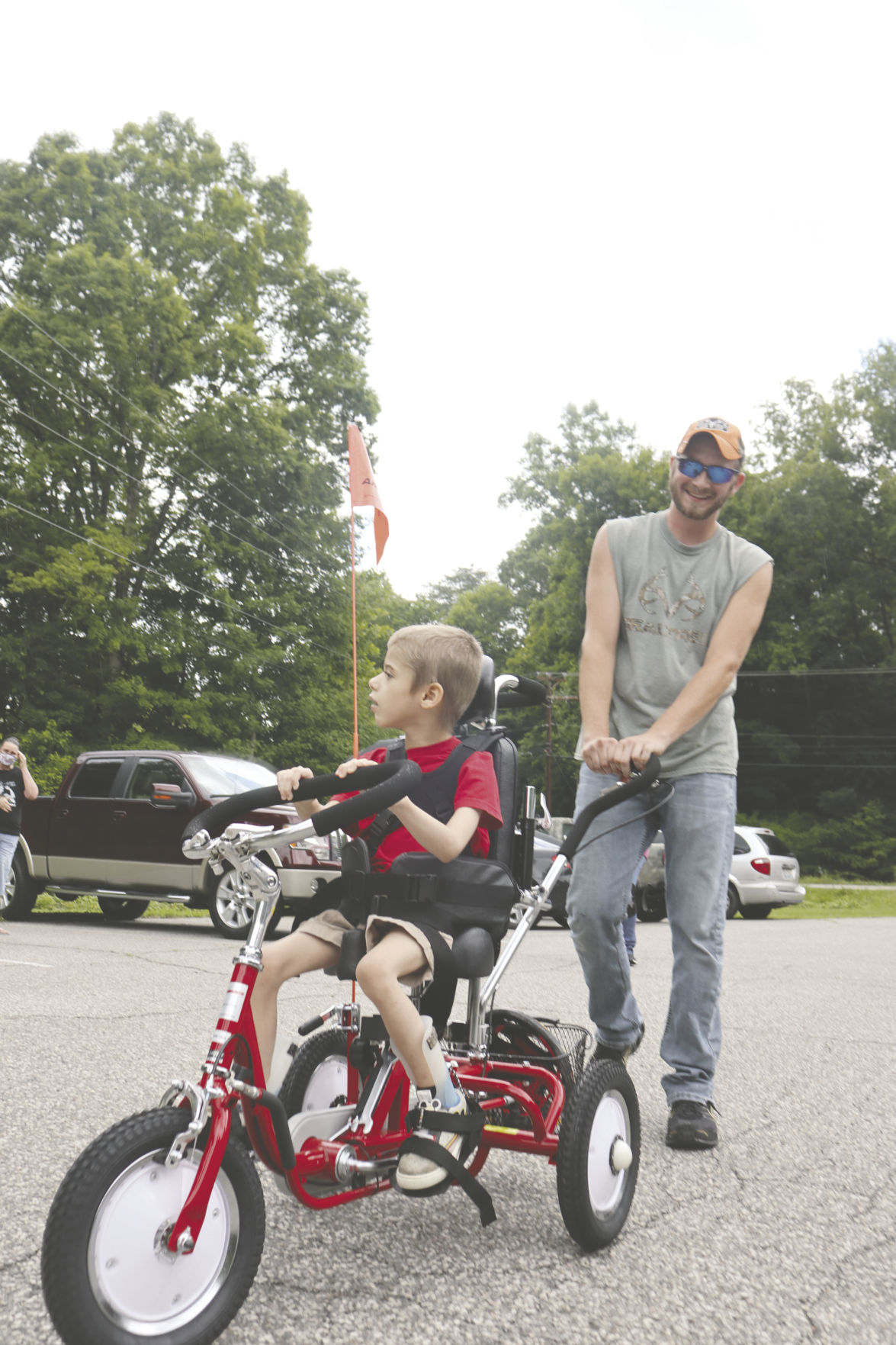 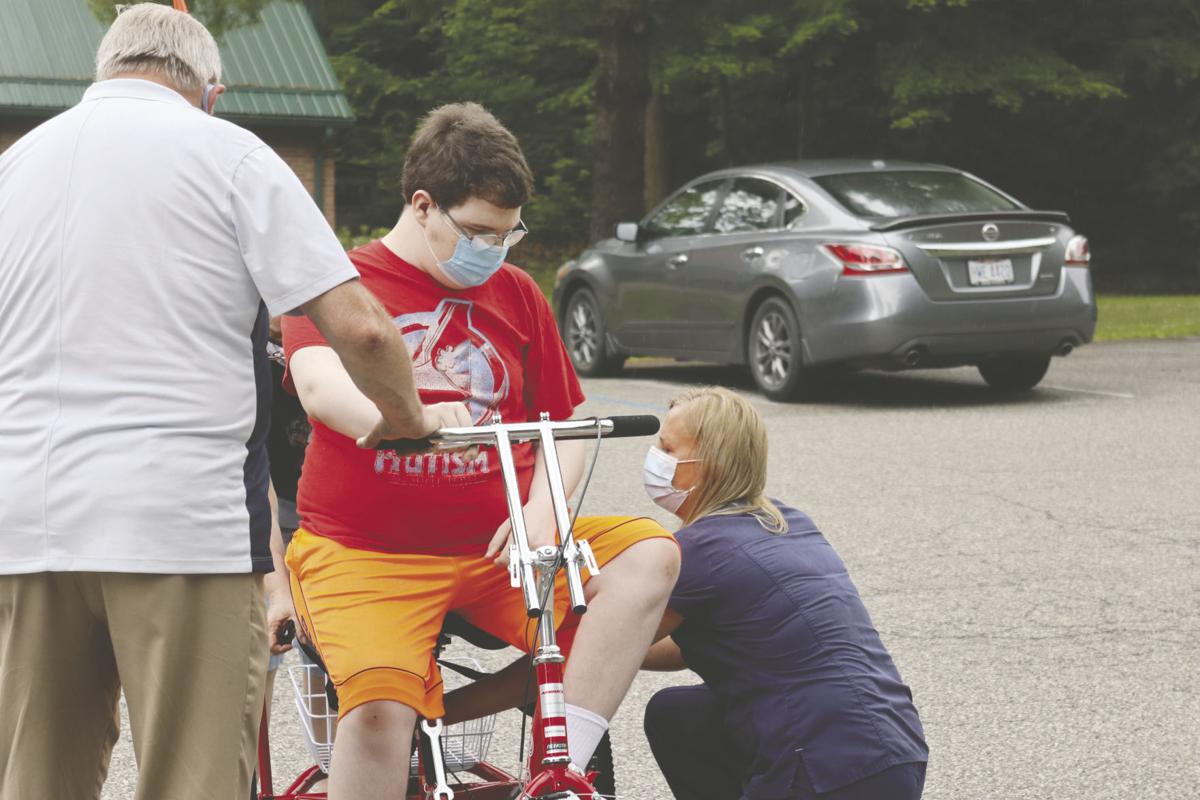 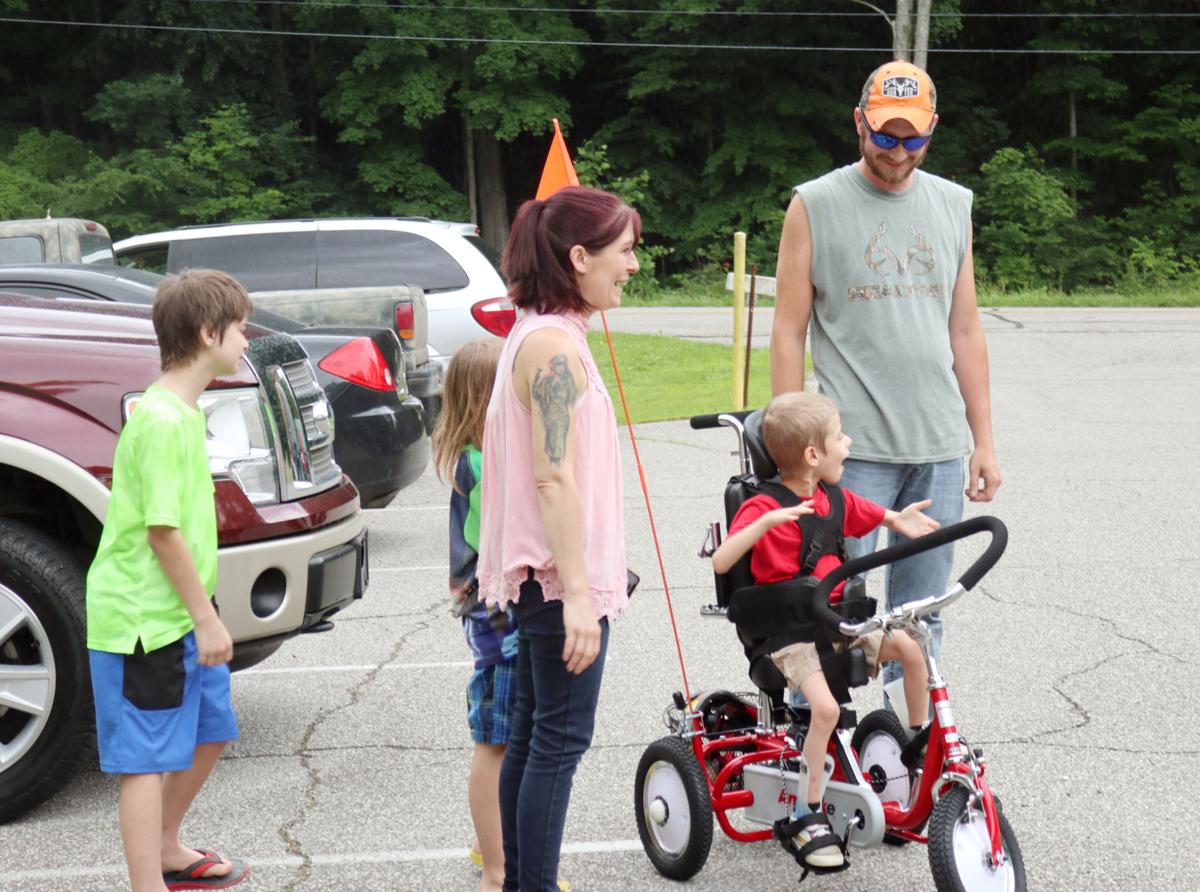 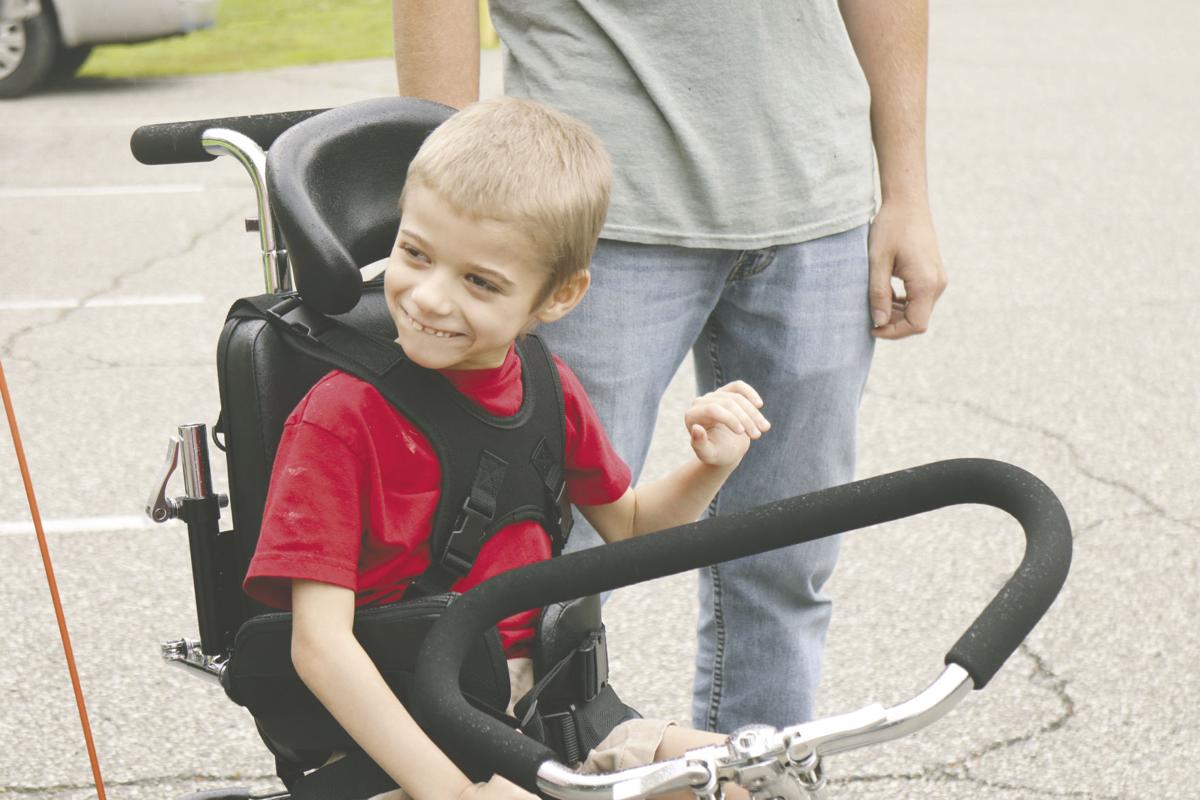 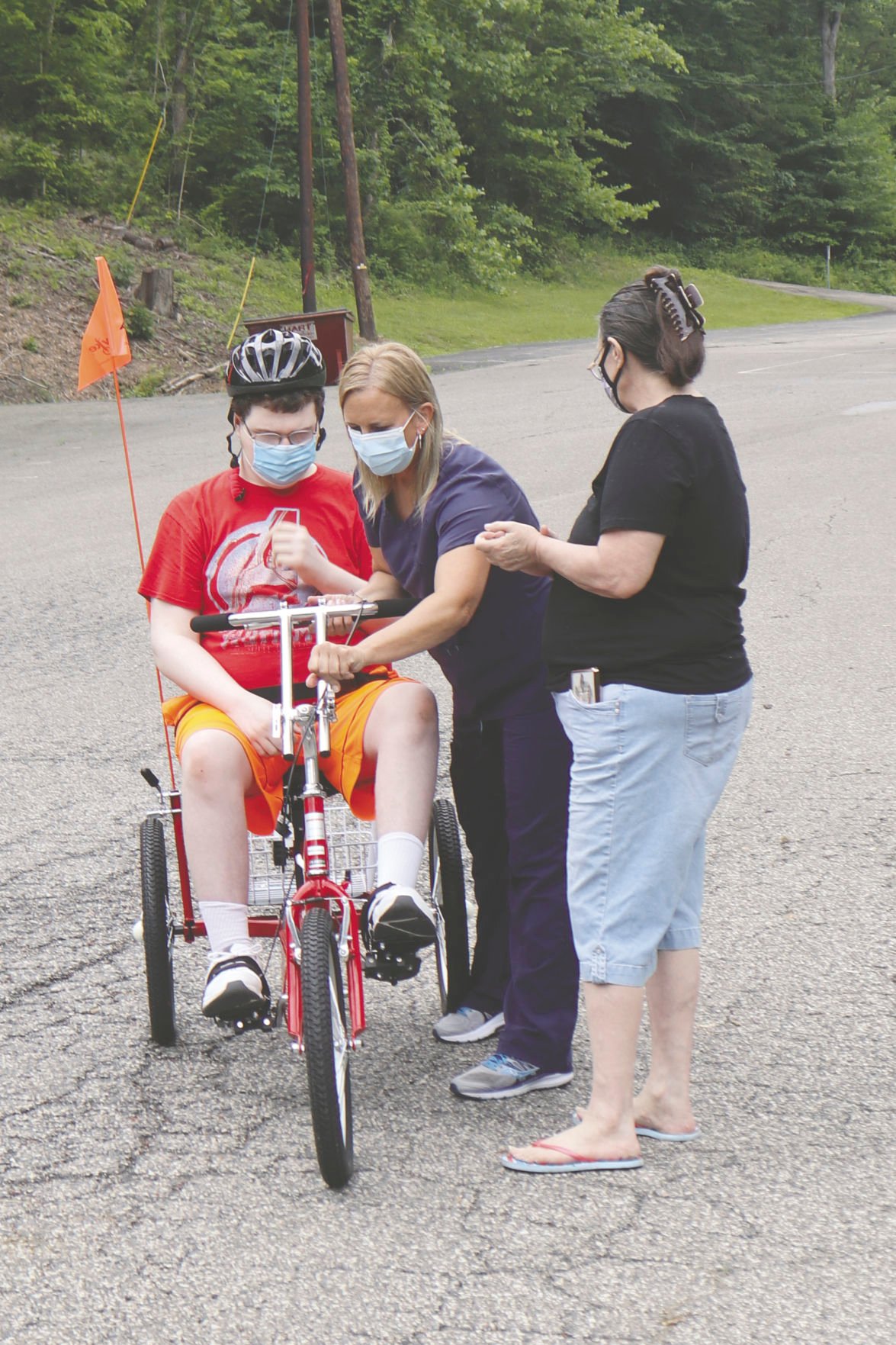 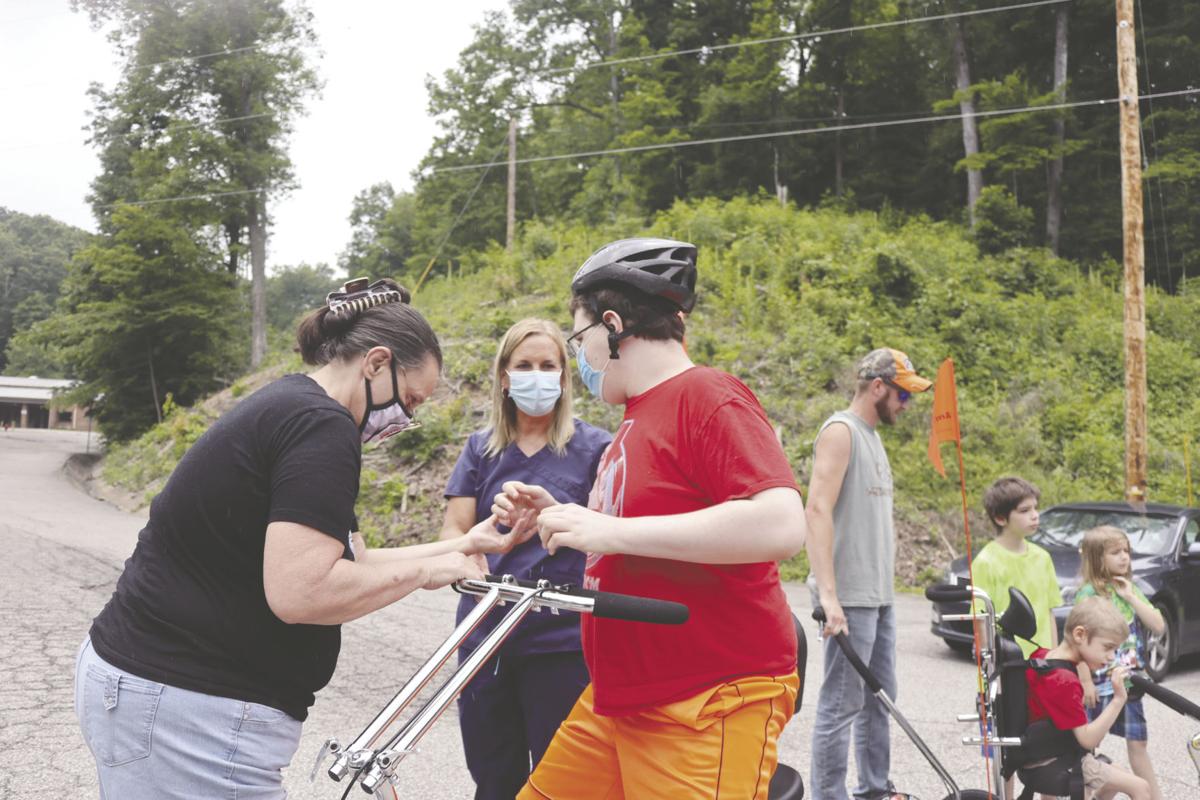 Desi, 8, resisted the placement of a colorful helmet at first, but then he settled into his seat comfortably. Strapped in securely, the Cannonsburg Elementary student went for a gleeful ride on the pavement as father Jeff Trout used the guiding handle to help steer the happy boy.

“The smile on his face said it all,” said Aimee Trout, Desi’s mother.

Ashland Breakfast Kiwanis presented the adaptive tricycles to both Desi and Jason. They each cost about $1,200, according to Kiwanis President Chuck Charles.

Christy Dyer, a Boyd County schools physical therapist, did much of the legwork in getting all the accurate measurements in order for Amtryke to create the tricycle perfectly suited for each special needs child.

Foundation For The Tri-State supplied $2,500 to Ashland Breakfast Kiwanis in the form of a grant. Our Lady of Bellefonte Hospital, before it closed, provided $500.

Kiwanis International spearheaded the project, according to Charles. Kiwanis partnered with National AMBUCS, Inc., a non-profit charitable organization founded in 1922 dedicated to creating moblity and independence for people with disabilities.

“We were at a conference and saw kids riding these bikes through the conference,” Charles said. It inspired Ashland Breakfast Kiwanis’s involvement.

“This is just the beginning,” said Charles, assuring other children in the area will be part of this project.

According to a press release about the Amtryke Project, an Amtryke can be adapted in many ways, including frame size, seating and positioning of head and truck support to ensure a proper fit.

Mary Ann Cook, Jason’s mother, was initially incredulous upon learning that Jason would be a recipient.

“It don’t happen to us, but this one did,” she said. “There’s not really enough stuff in Boyd County for kids like him. For him to get that and be able to participate with other kids ... he can get out and do things now.

“I sure appreciate what they’ve done,” she added.

Said Jeff Trout in reaction to his son’s joy: “It’s something I’ve been wanting to see for a long time. It’s amazing.”

Added Aimee Trout: “We’re so grateful. We were always sad because Desi had to sit on the sidelines and his brothers would be riding their bikes. But now Desi can ride with them. ... It’s so cool.”

Jeff Trout said Desi is an outgoing kid who “loves everybody.”

In the wind on three wheels