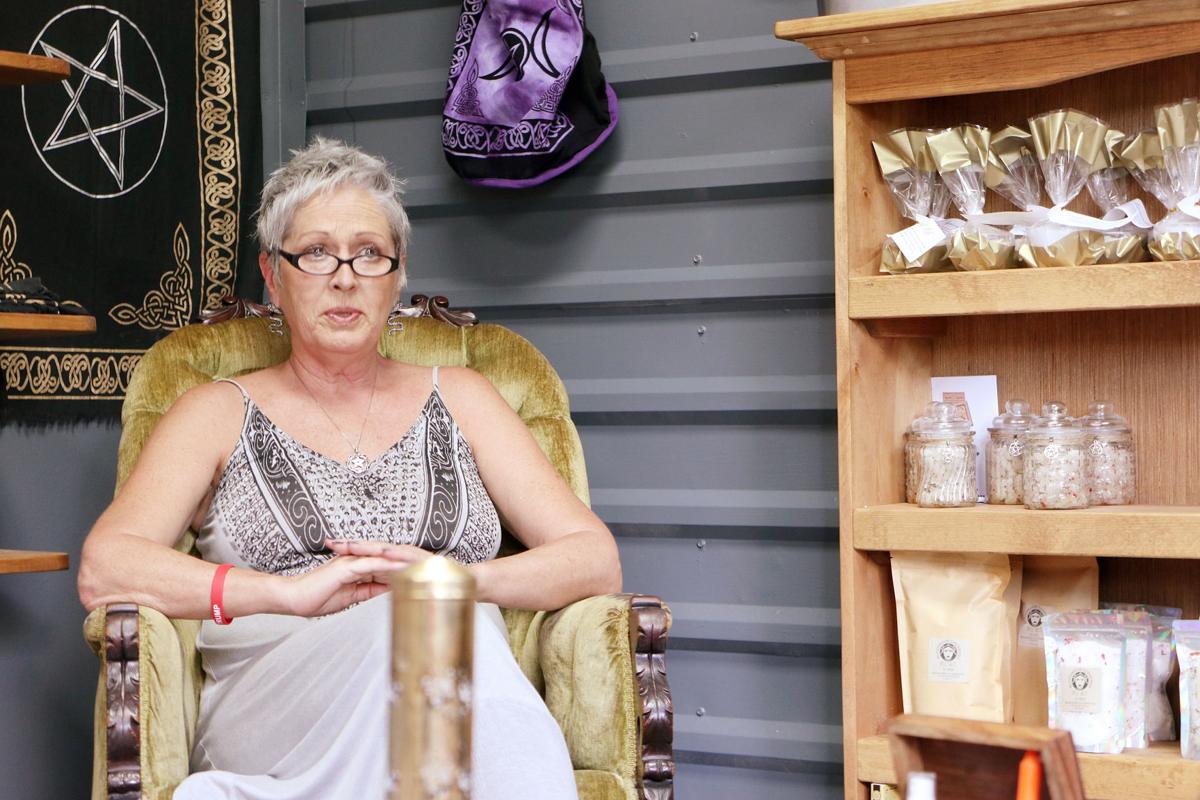 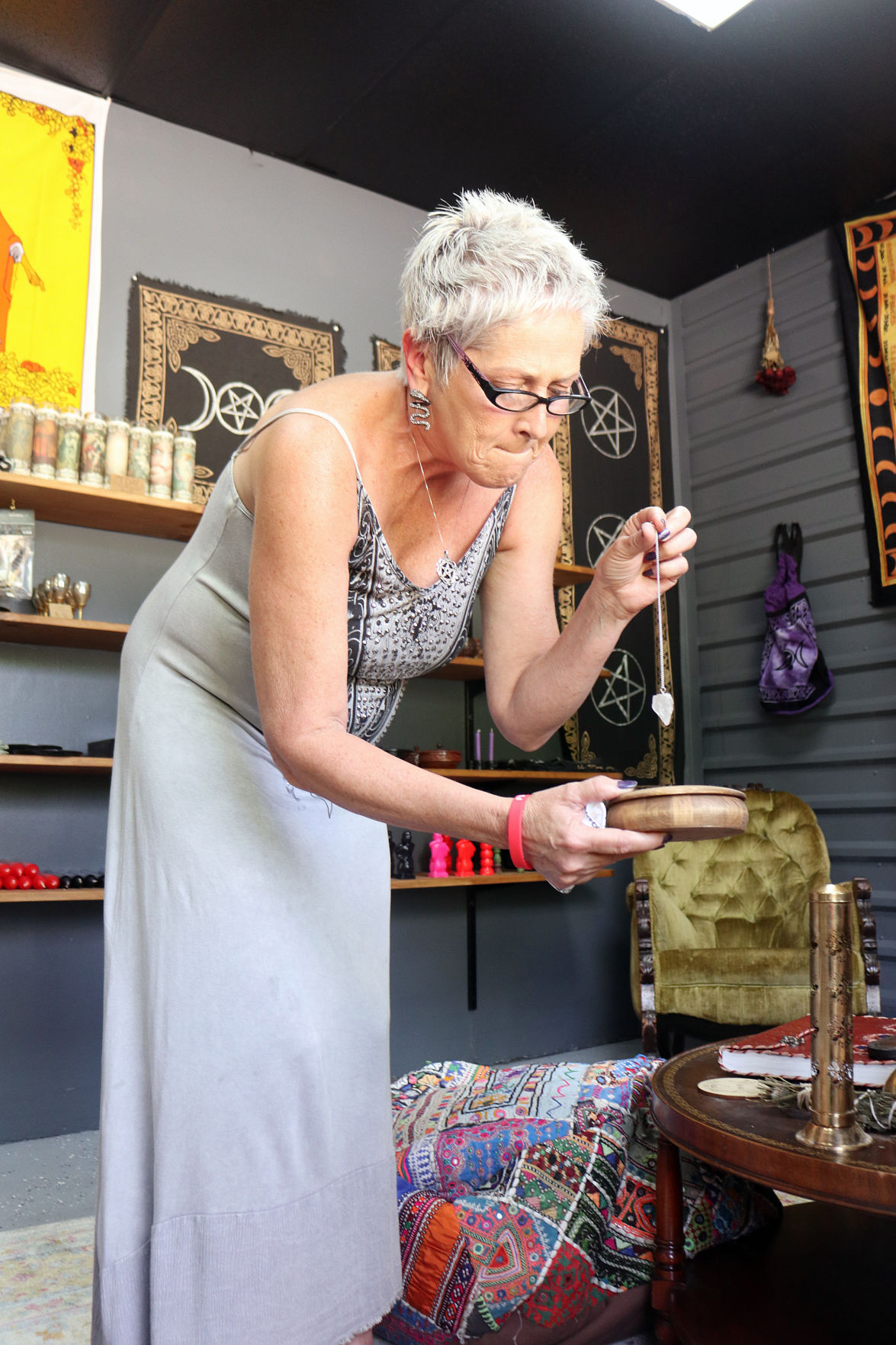 Matt Jones | The Daily Independent Stephanie Bentley shows off some an item for sell in her store, BloodMoon Goddess Apothecary, which recently opened in Boyd County. 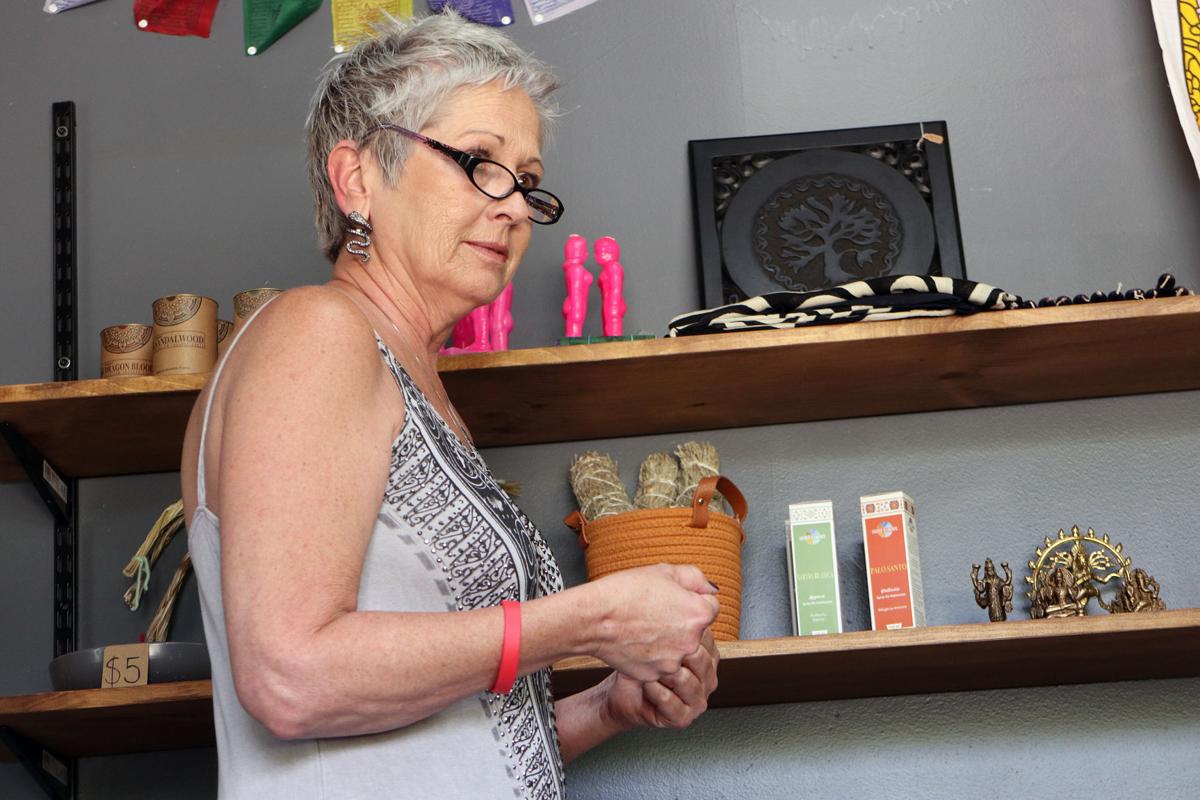 Matt Jones | The Daily Independent Stephanie Bentley shows off some of the items for sell in her store, BloodMoon Goddess Apothecary, which recently opened in Boyd County. 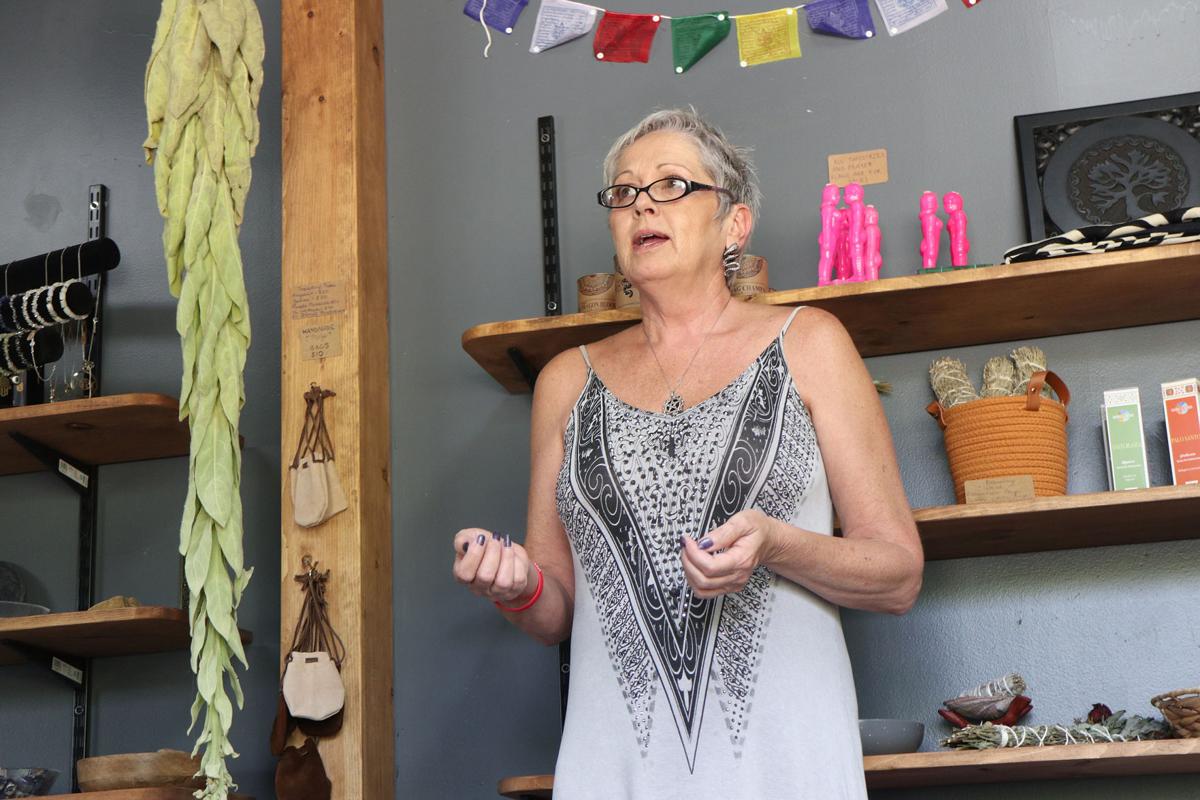 Matt Jones | The Daily Independent Stephanie Bentley discusses the properties of a plant drying in her store, BloodMoon Goddess Apothecary, which recently opened in Boyd County.

Matt Jones | The Daily Independent Stephanie Bentley shows off some an item for sell in her store, BloodMoon Goddess Apothecary, which recently opened in Boyd County.

Matt Jones | The Daily Independent Stephanie Bentley shows off some of the items for sell in her store, BloodMoon Goddess Apothecary, which recently opened in Boyd County.

Matt Jones | The Daily Independent Stephanie Bentley discusses the properties of a plant drying in her store, BloodMoon Goddess Apothecary, which recently opened in Boyd County.

The pandemic may have halted its opening day, but the BloodMoon Goddess Apothecary has still been serving its customers.

“It is not at all what people who haven’t studied it think it is,” said store owner Stephanie Bentley. “There is nothing evil about it at all. It is based on love and wisdom. Witch means wisdom and craft is what you do.”

Bentley got started practicing witchcraft 20 years ago when she learned her niece was interested in the craft. She decided to research the topic for herself before she said anything to her niece.

The shop owners planned to open the same day Gov. Andy Beshear closed nonessential businesses. They were able to do curbside pick-up to keep the business afloat until the economy started to reopen.

Bentley encourages those who don’t understand witchcraft and want to learn more about it to research the topic.

“Get online, buy books,” she said. “We don’t try to gear someone toward a particular path. We encourage them to find their own because there are many paths.”

Bentley tells customers who aren’t sure about what they should buy to relax and to let their guides lead them through the store; and to buy what feels right to them.

“Witchcraft is as old as the age of time,” said Bentley. “It is honoring the elements which are spirit, earth, wind, fire and water and putting your intentions to work with those elements to make things happen. It’s kind of like a prayer that you put your oomph into using different herbs and spices and oils.”

She suggested for those who feel called to the craft but just aren’t sure to get out of their head and follow their heart.

Bentley has lived in Greenup County her entire life and she said even though she sees people are more accepting now, it is still considered a more taboo subject in the area.

“It’s a little more accepting, not made fun of as much. I find more and more people turning this direction,” she said.

Bentley shared the history of witchcraft, explaining witches date back before Abrahamic religions.

“Even in the Bible, God said the power is within all of us,” said Bentley. “Your power is from within. The Bible recognizes that and we do, too.”

The shop owners said they have witches from all different faiths who practice the craft, including Christian witches.

Bentley did have fears opening a business like this in eastern Kentucky.

“I guess I have to put it out of my head. The fears are still there,” she said. “We really honor the goddess. In organized religion we are (put to the side). We bring life, the plants, the animals, everything. How can you make us insignificant?”

When they refer to the goddess, they are referring to divine feminine energy.

Witches were often the medicine person in a tribe, she said.

“They were honored and respected,” added Bentley. “Not until organized religion came and tried to take over did the connotation of it being something bad or something evil come with it.”