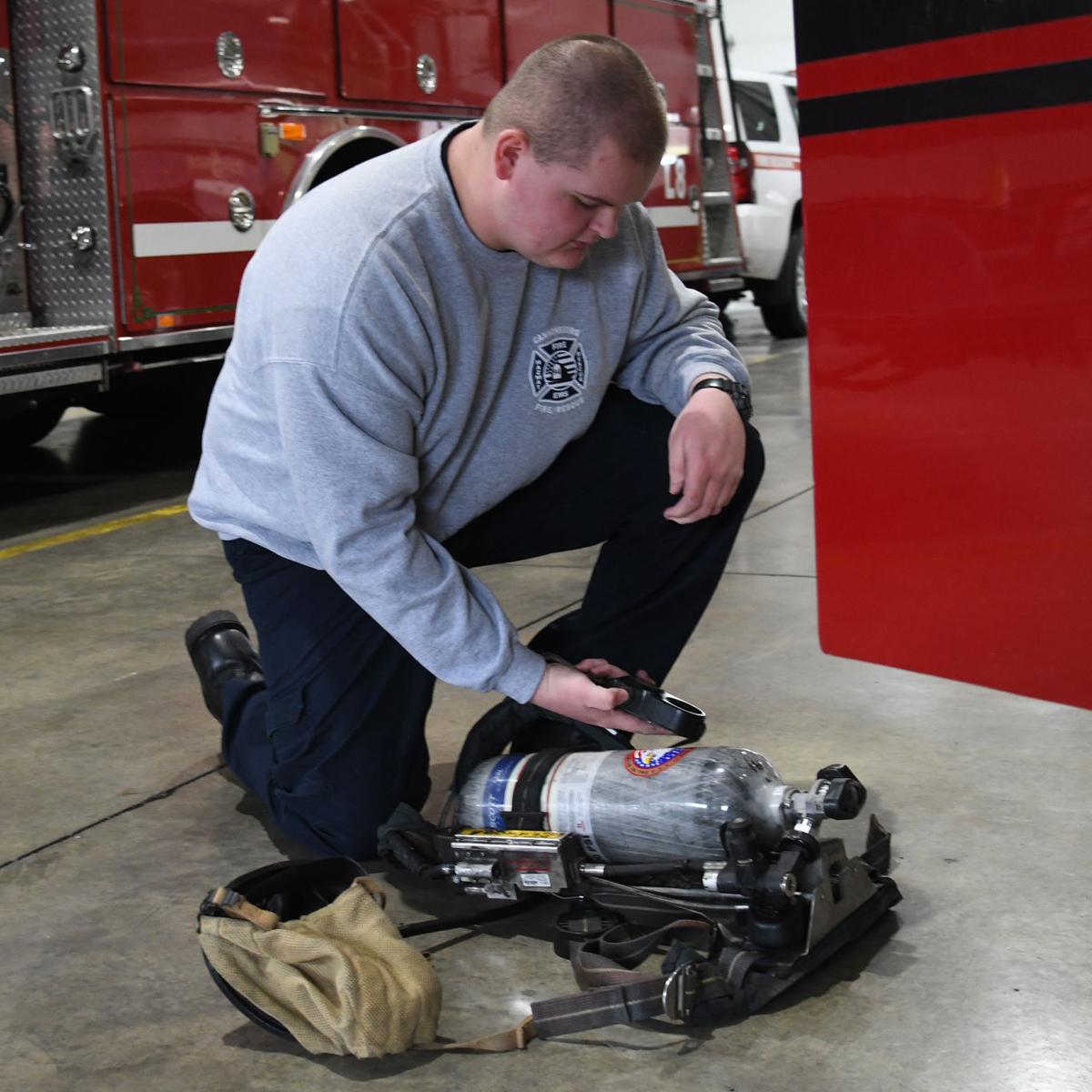 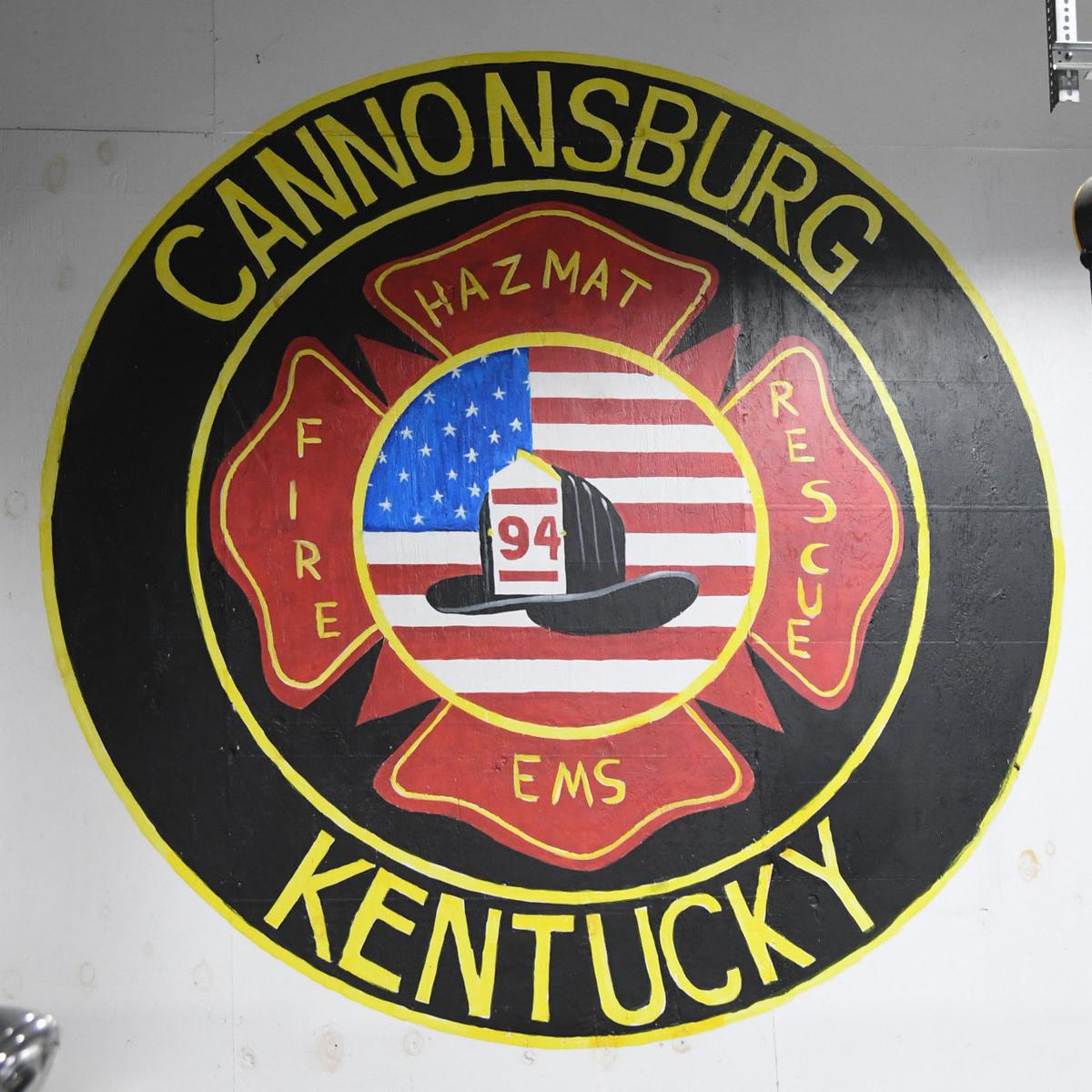 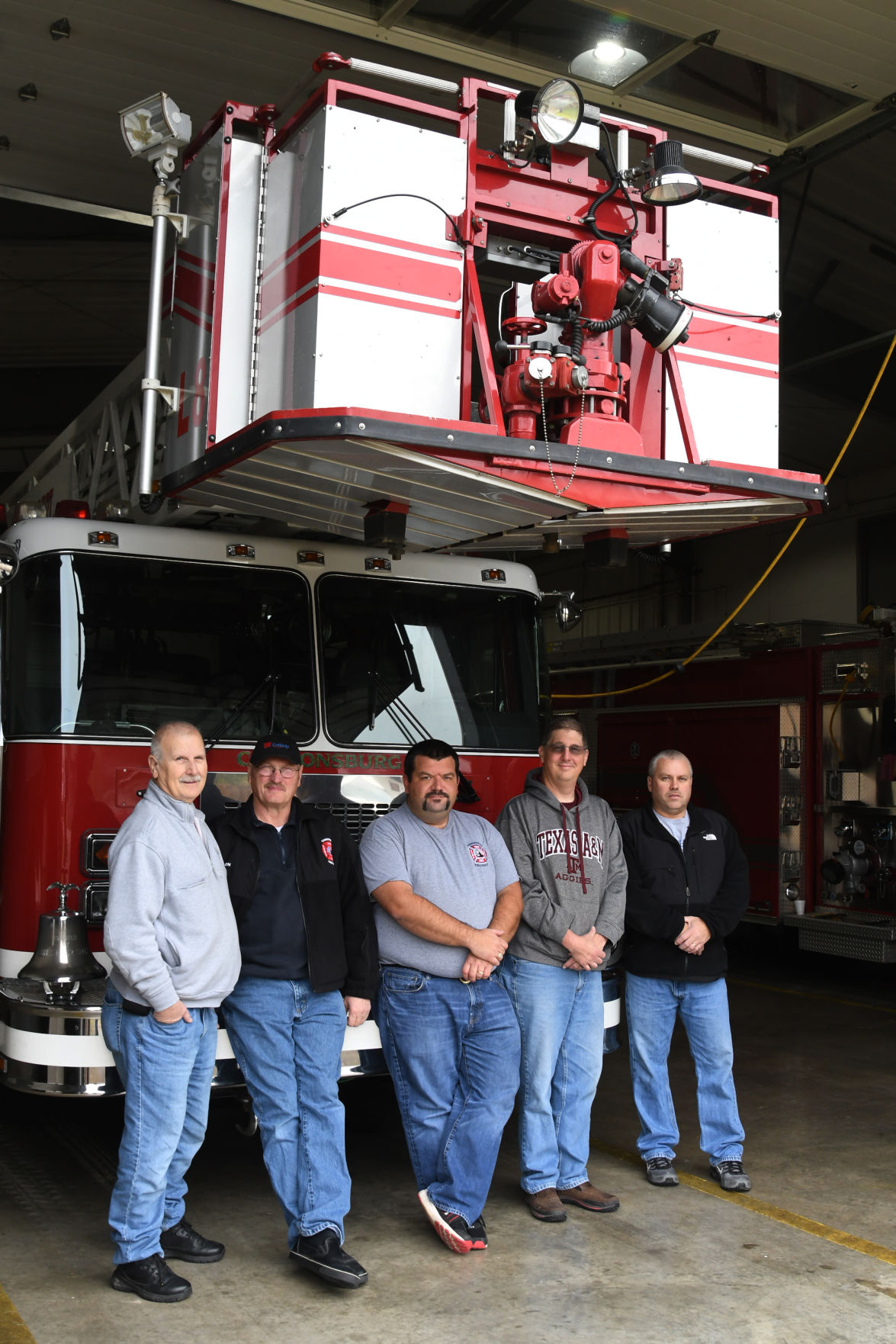 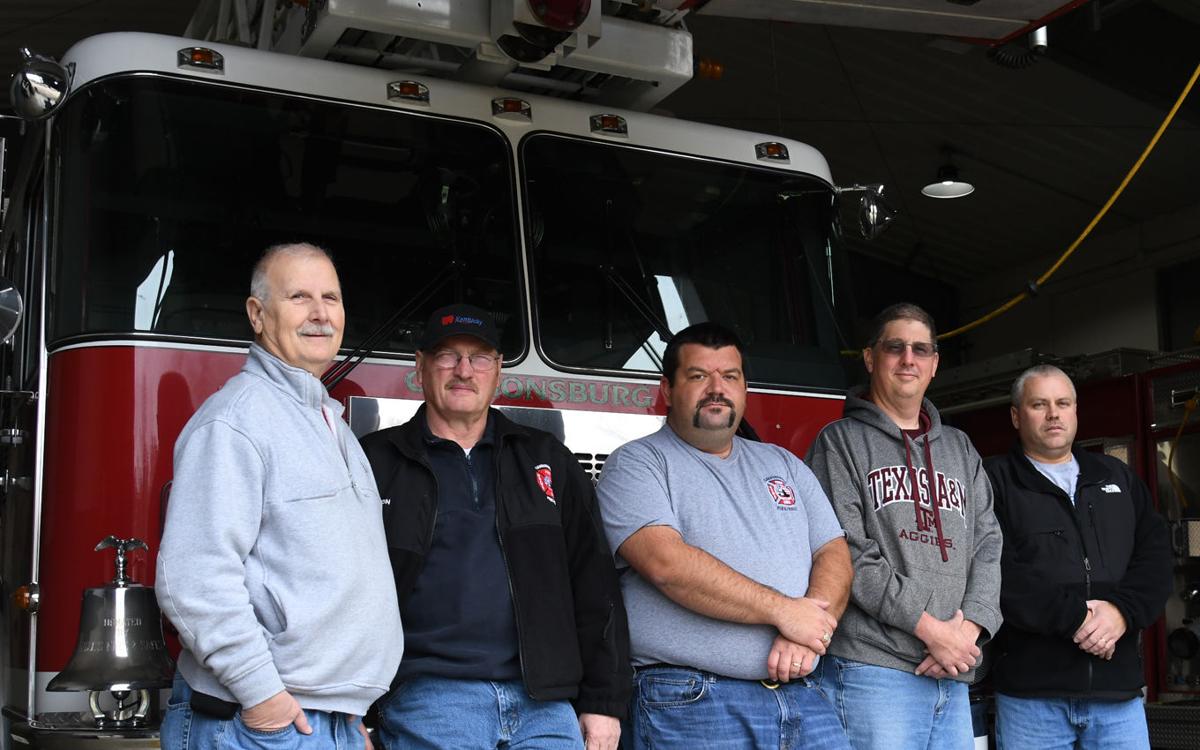 GRAHN The call came in to 911 one day last week.

An excavator was on fire at a building site. The machine was in the Grahn fire district so the dispatcher paged Grahn firefighters.

None of them could respond. All of the firefighters have day jobs and were at work.

The dispatcher paged the Olive Hill department. That got two firefighters on their way. A third call, to Grayson, yielded two more firefighters.

No one was injured but the excavator was destroyed, according to Grahn Fire Chief Lonnie Sturgill. In the scheme of things, it wasn’t the most serious of calls — not in the same league as a house fire where people and their possessions are in danger.

But it illustrated a problem facing volunteer fire departments around the state and country: dwindling rosters and aging members.

The Grahn Volunteer Fire Department has three trucks and other smaller vehicles ready at all times for callouts.

What it doesn’t have is enough firefighters to man the vehicles and respond consistently to the house fires, vehicle fires and car wrecks. “At first we started out with no equipment but plenty of people. Now we have as good equipment as anybody but not enough people,” Sturgill said.

“It’s a problem wherever you go across the state and everywhere in the U.S. There’s not a lot of people that want to volunteer anymore. People are working two or three jobs,” said Richard Cyrus, chief of the Cannonsburg Volunteer Fire Department.

“Years ago we had a waiting list to get on the fire department . . . now a lot of younger kids don’t want to volunteer and give up their time or do the training,” he said.

Cannonsburg has been able to cope by adding part-time paid firefighters to staff the station during the day, he said. Also essential is mutual aid, Cyrus said. Whenever Cannonsburg firefighters are called out, crews from Westwood, East Fork, Big Sandy, Norton Branch or Summit-Ironville are likely to be there too.

Westwood firefighters are feeling the burden too, Chief Brent Webster said. “In the last week we’ve had a structure fire every night since Friday, he said, sounding weary at midday after a 4 a.m. callout on a fire that destroyed a commercial building.

His department, which serves the densely inhabited and unincorporated Westwood community, has dwindled in the past few years from 48 members at its peak to 36.

That’s hardly adequate for a community of 4,500 people living in closely-packed homes, many of them older structures. The department averages between 320 and 350 calls per year, Webster said.

The members he has are dedicated, but stretched thin, particularly during the day, when most of them work. “I’m really proud of our guys. We average 17 per call. On the little calls, like trees down, may be four or five. We’re one of the fortunate ones,” he said.

Westwood is vulnerable, however, because of its density and because firefighters have to carry their own water in tanker trucks over about 75 percent of the district. That requires more firefighters — some to operate the tanker and some to fight the fire, he said.

The steady decline in volunteer firefighters may be a generational thing, because volunteerism in general appears to be declining, said Kentucky Fire Commission executive director Larry Potter.

“It’s a different generation coming up. Asking guys to come out at 3 a.m. and fight a fire and go to work the next day is different than it used to be,” Potter said.

Some of the younger recruits see volunteer departments as a training ground and springboard to jobs as professional firefighters, he said. That may account for some membership losses.

The Little Sandy Volunteer Fire Department covers more than 90 square miles with three stations in rural Greenup County. Its membership has dwindled to about 26 from a peak of about 40, Chief Randy Ashley said. Most of them are older.

“We have a big area to cover. We have an adequate staff but we could use more, especially during the day. We’re spread thin,” he said.

“If it keeps going the way it is, and the younger generation doesn’t get involved, I don’t know what will happen to volunteer fire departments,” Ashley said.

Cannonsburg tries to recruit new members by speaking to high school and community college students, but only a few respond, Cyrus said. “Not a lot of people want to do the job. It’s a tough, demanding job,” he said.