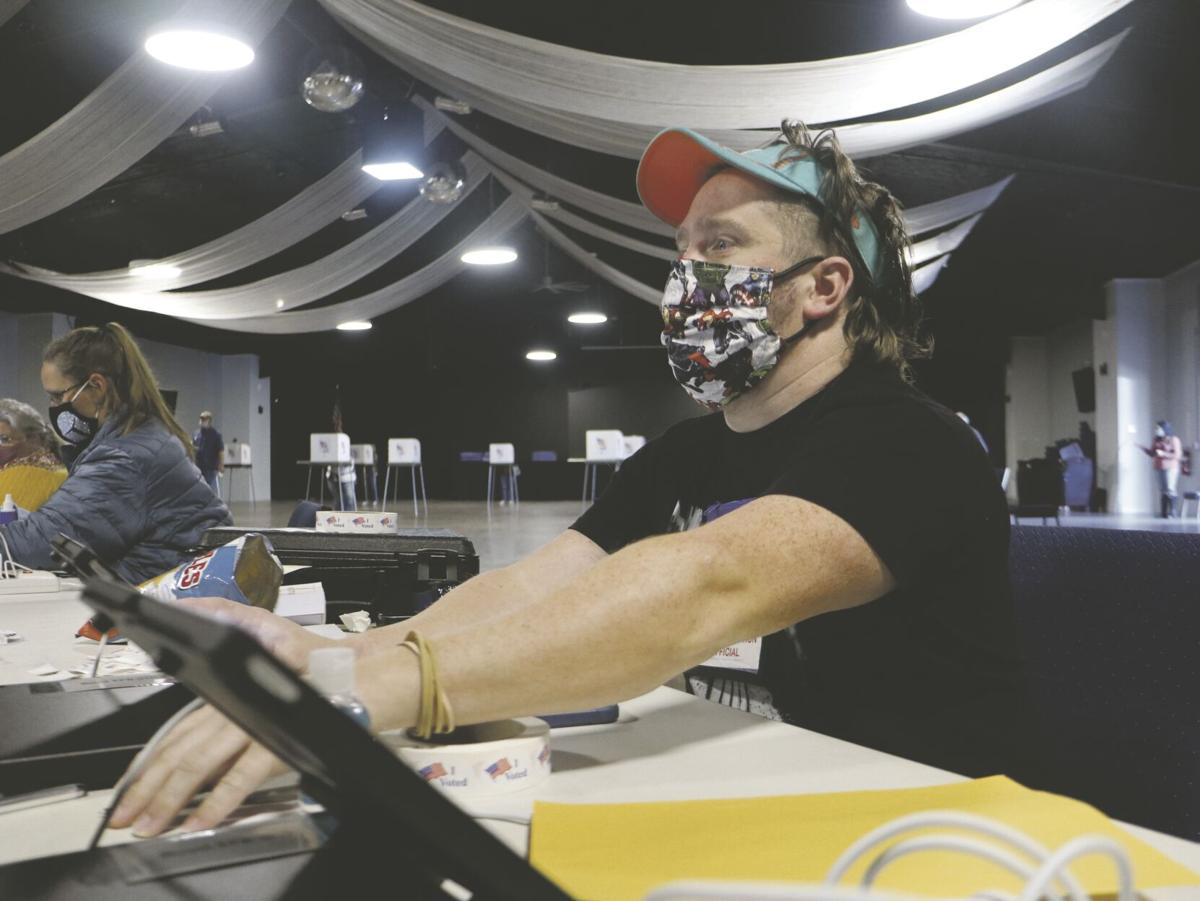 Matt Jones | The Daily Independent Ryan Armstrong checks in a voter at the Body County Community Center in Kentucky on Tuesday, November 3, 2020. 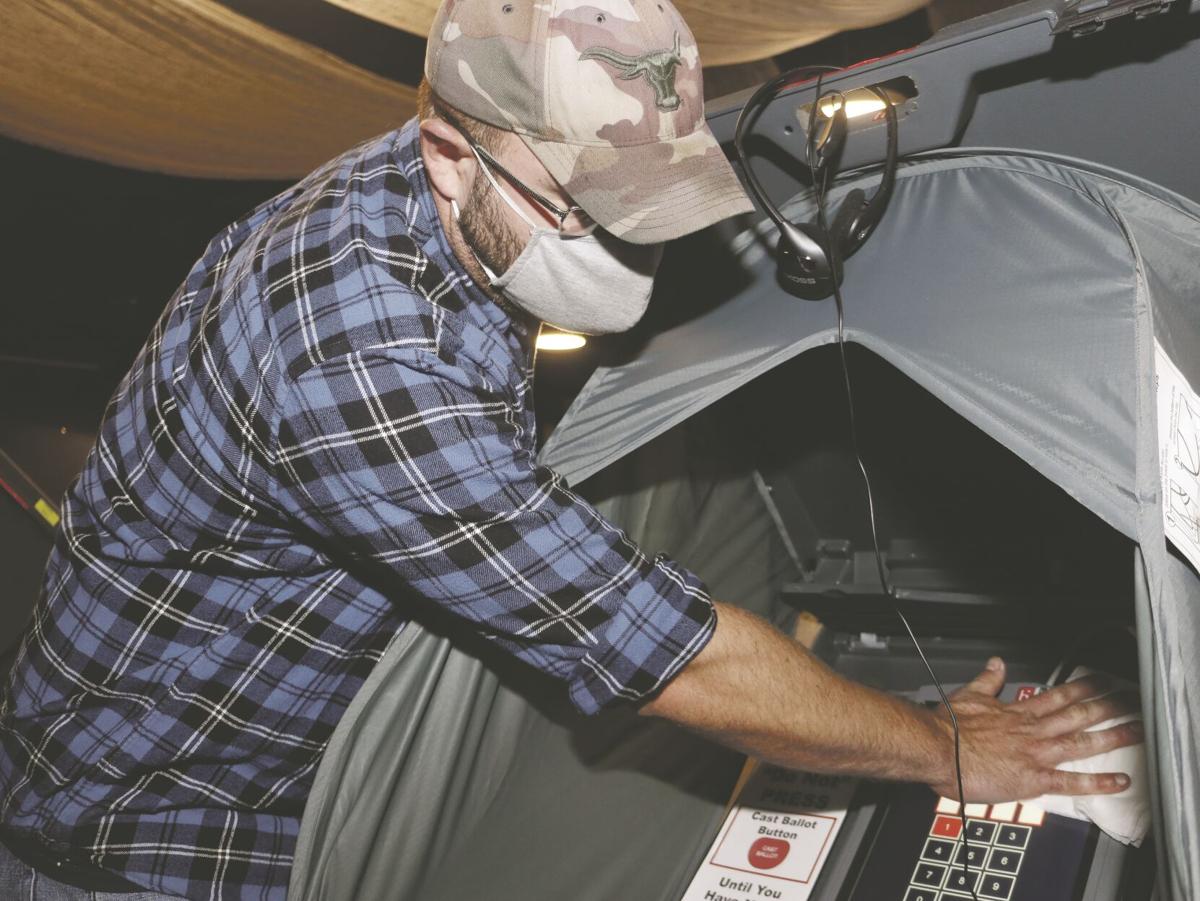 Matt Jones | The Daily Independent Ryan Armstrong checks in a voter at the Body County Community Center in Kentucky on Tuesday, November 3, 2020.

CATLETTSBURG Between old, worn equipment and new requirements made by the state legislature in voting, Boyd County could be getting some new machines soon.

At Tuesday’s meeting, the Boyd County Fiscal Court heard a presentation from a representative of HARP Enterprises, the vendor for the county’s voting machines. According to the representative, the machines currently being used in Boyd County are outdated both due to parts availability and new requirements made by a recently passed law in the General Assembly.

The GOP backed bill passed with largely bipartisan support, with a 91-3 final vote in the House and a 33-3 vote in the Senate — Democratic Gov. Andy Beshear signed the bill into law.

Contained in the 168-page overhaul are provisions that voting machines need “voter-verified paper trails” for ballots.

This means while the machine may be electronic, a paper ballot is popped out of the machine for the voter to turn in.

Over the last four years, according to the sales rep, the county has sunk $30,000 into repairing the 15-year-old machines. Half of those machines don’t have the paper trail that the voter handles, according to the rep. Another issue with the machines is that the parts aren't being manufactured anymore, either, the rep noted.

Statewide, the Legislative Research Commission reported that complete replacement of the machines could cost the 120 counties a total of $20-25 million. The law, according to the commission, grandfathers machines that don’t generate a paper trail as long as they are in good working order.

Commissioner Keith Watts pressed the HARP representative on a ballpark number for total replacement in Boyd — $400,000, he said, depending on how many precints will be established under the law.

With the 2020 Election bringing up questions of voter fraud — an issue considered rare by most elections experts, but repeated again and again by former U.S. President Donald Trump — Boyd County Judge-Executive Eric Chaney asked about safeguards against it in the new machines.

The representative said the new machines would have hard copies generated that could be hand counted and will not be hooked up to the Internet. It will also have seals in place to show if any tampering has occurred, he noted.

When the ballot is produced from the machine, the representative said the voter themselves will take it to a scanning machine to be collected. Rather than reading a barcode, the machine will actually check the marks on the paper, which will flag in the case of leaving a line blank or if a voter over-votes — such as picking four candidates in a race where only three can be selected.

No poll worker would touch the ballot, he said.

Boyd County Clerk Kevin Johnston endorsed the move, stating that the new machines will boost voters’ confidence and be much more efficient than running an election with a hybrid of various voting machines.

Chaney said wants to study the repair costs to see how it stacks up to the $400,000 quote prior to making any decisions. Johnston advised that Greenup recently purchased the machines in question, so the county can get up with their counterparts there to see how the new machines are working out.