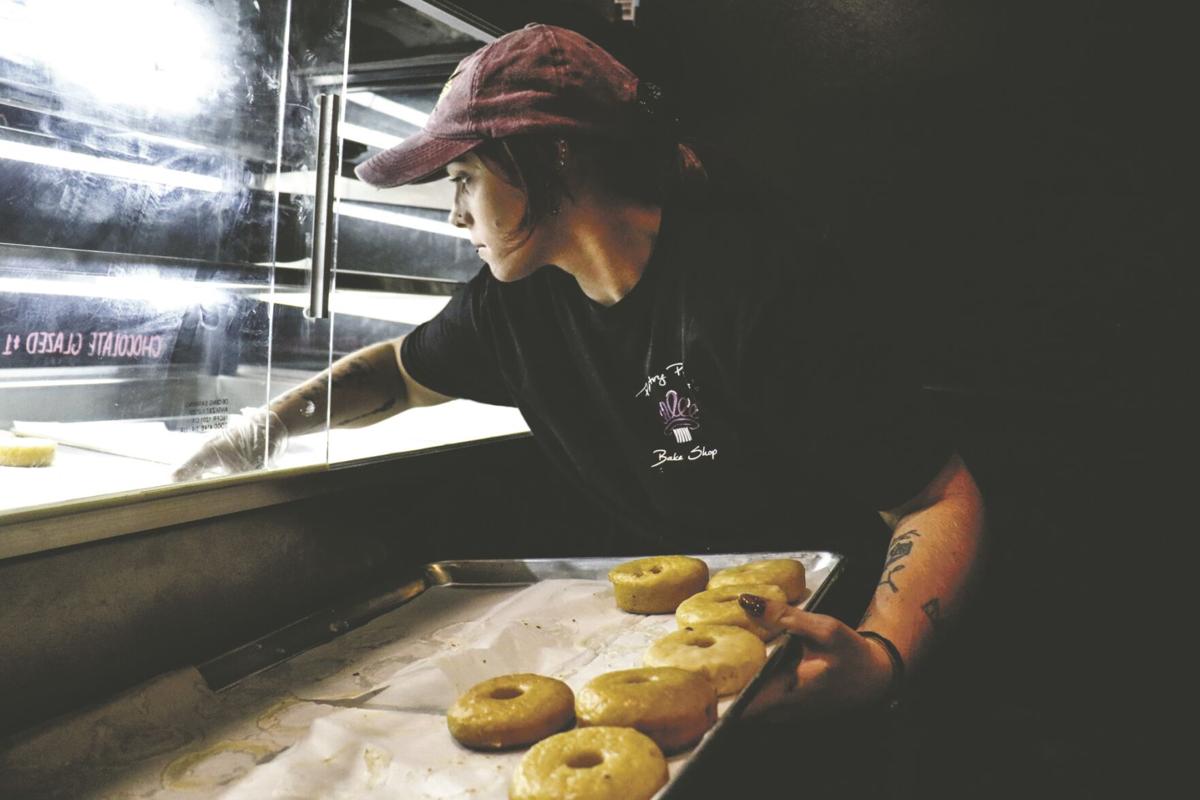 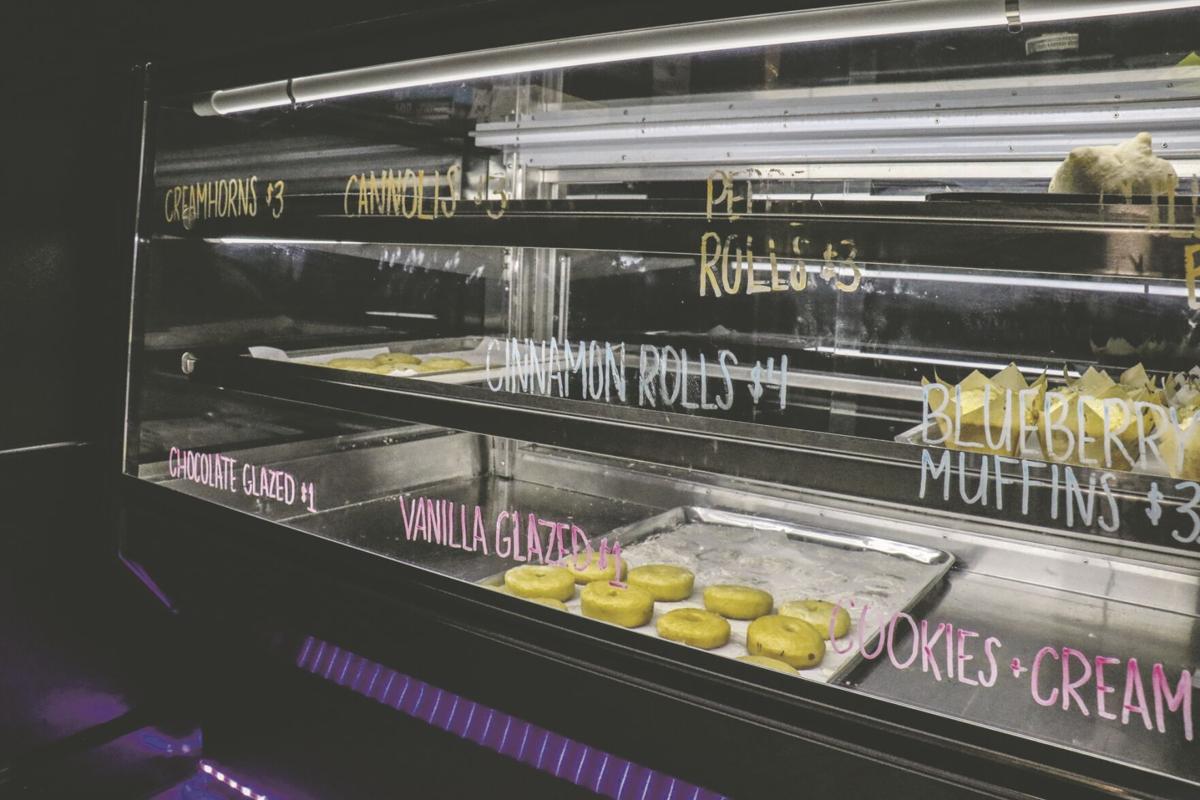 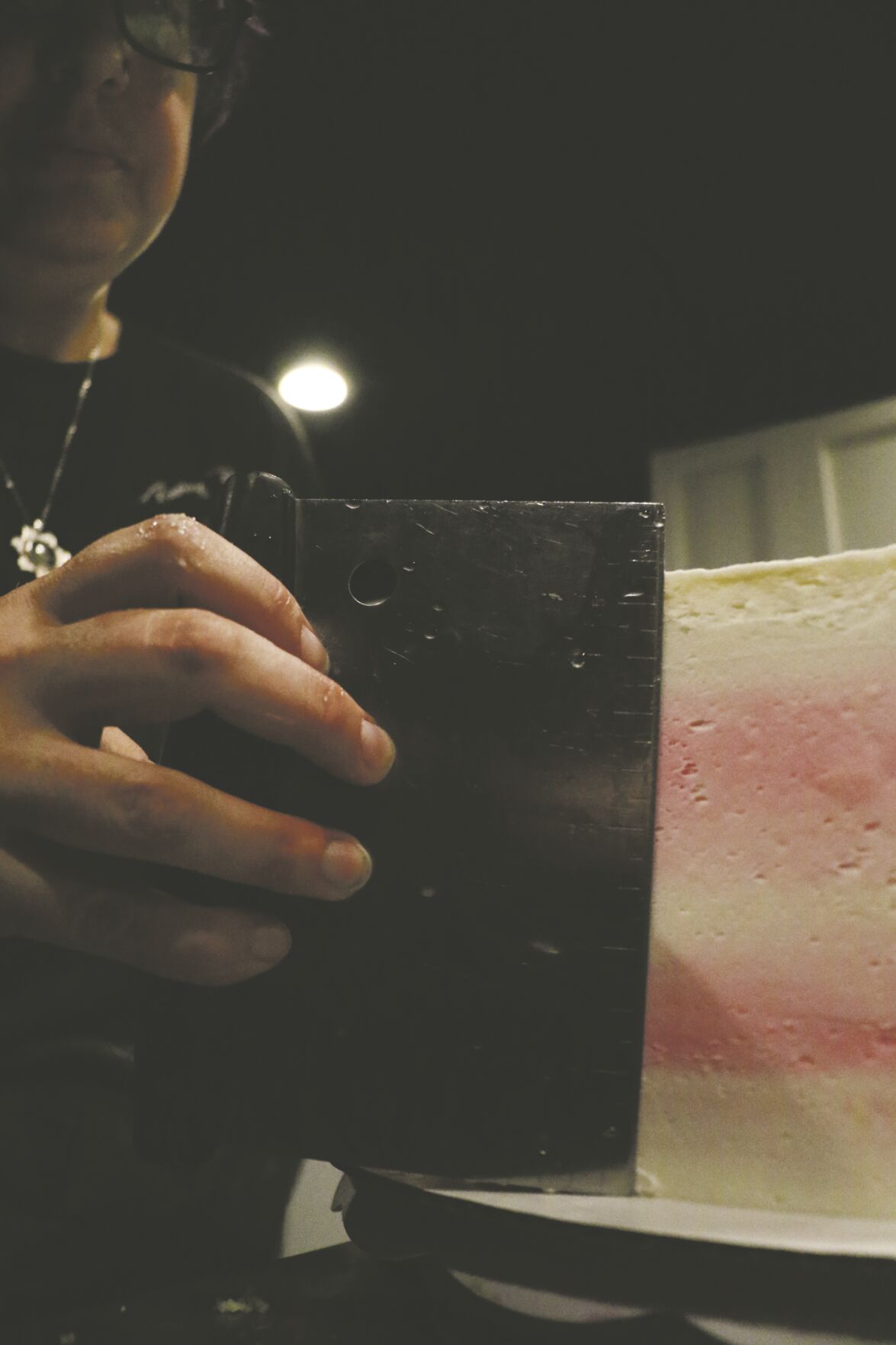 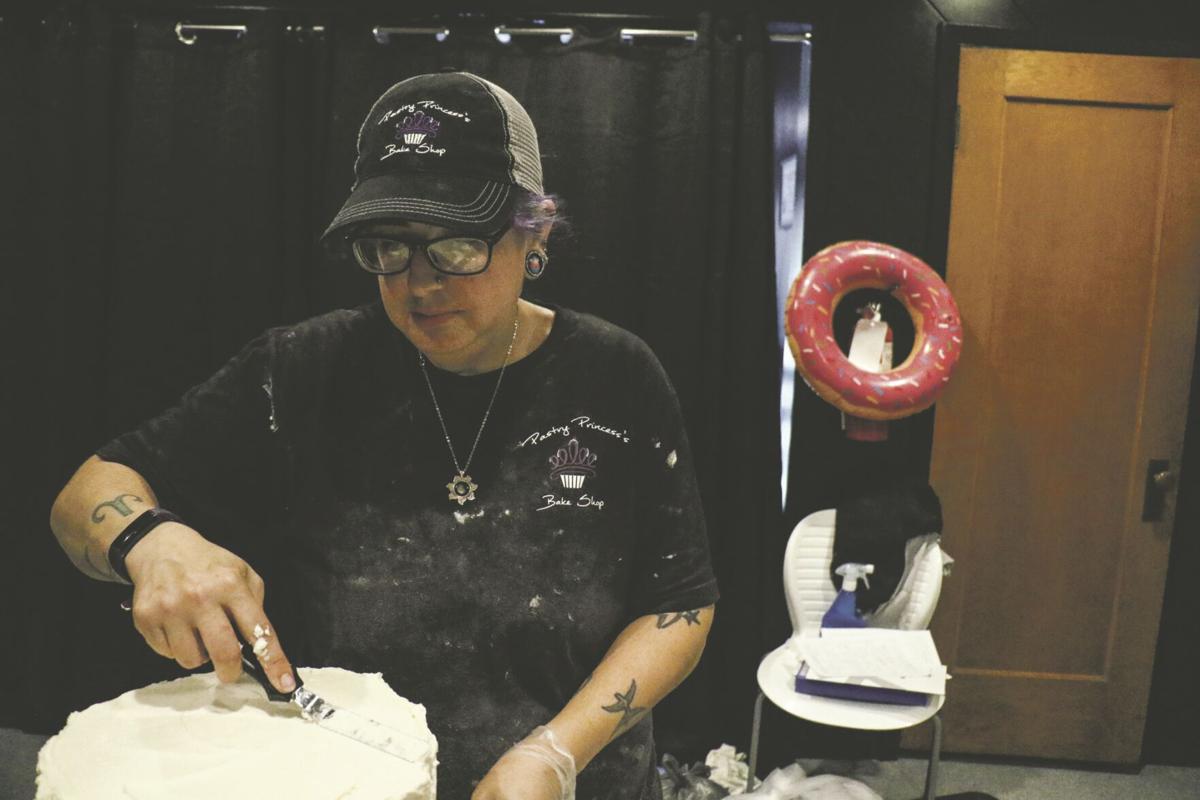 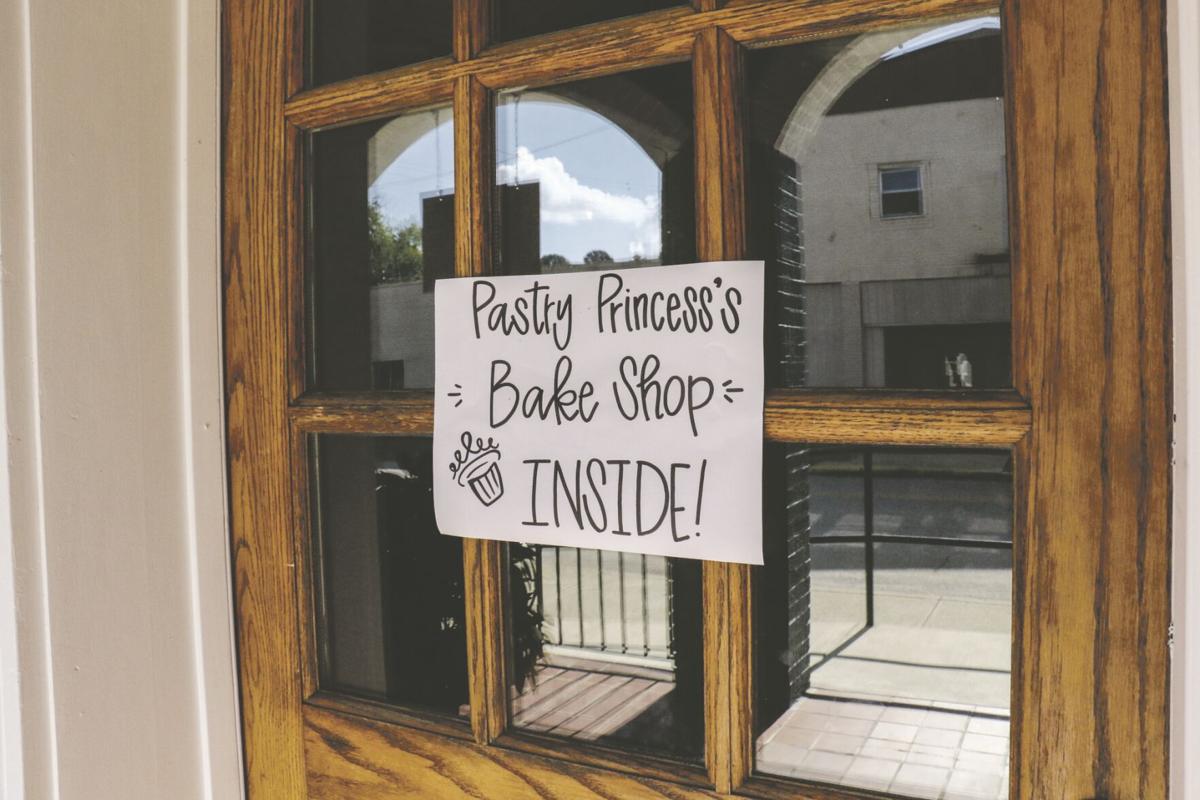 A sign hangs on the front door letting customers know where to enter for Pasty Princess’s Bake Shop in Russell on Friday. MATT JONES | THE DAILY INDEPENDENT 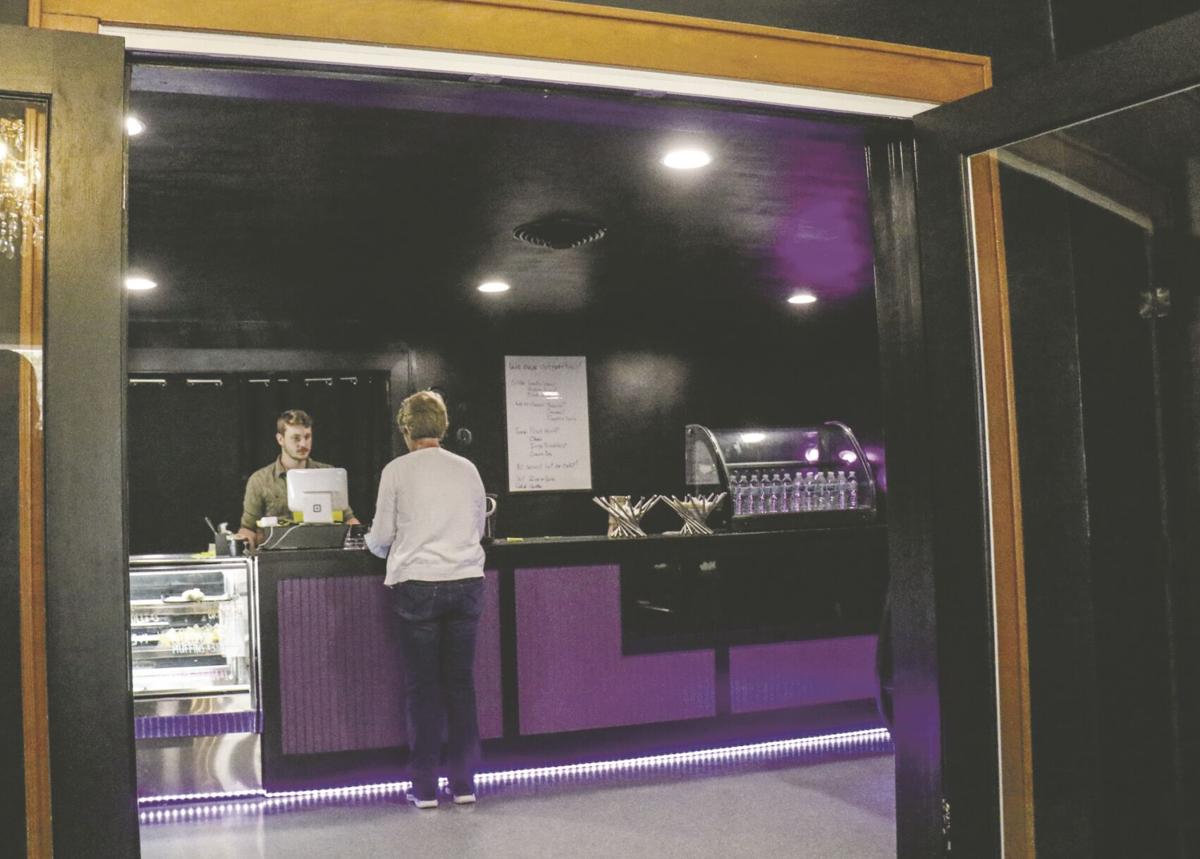 A sign hangs on the front door letting customers know where to enter for Pasty Princess’s Bake Shop in Russell on Friday. MATT JONES | THE DAILY INDEPENDENT

RUSSELL A new family-owned and operated pastry shop opened last week in downtown Russell, which offers a wide range of sweet treats for the local community — and everyone else — to enjoy.

Pastry Princess’s Bake Shop owner Lisa May Childers has a lot of experience and, though not an area native, she said that she has settled in quite nicely and now considers the area home.

Childers is originally from New Hampshire, but relocated to South Point before “jumping the river” to Kentucky and settling in at Worthington.

“I’ve baked ever since I could remember,” Childers said. “My mom baked, and each year she would have these crazy Christmas parties and bake ‘a hundred dozen’ cookies,” Childers said, laughing. “And, of course, she wanted my brother and I to get in on it, so I have been doing it forever.”

Childers also has a degree from the New Hampshire Culinary Institute. And many locals might recognize her — as well as her culinary skills — from the time she worked at Alma’s in Ashland. When she decided to open her own bakery, Childers said that she began by going to the Schreier Group in Russell for a consultation. Not only was she able to receive some excellent advice about the bakery, but also for what she call a “side hustle” — a pancake mix recipe she hopes to bring to consumers in the near future.

Ironically, it was the pancake mix recipe that she had planned first, Childers said. She had been working from her home for the past few years and was doing brisk business with her sweet creations. She had been seriously considering the pancake recipe during the months directly before the pandemic. And during this time, she discovered an interesting wrinkle in Kentucky law concerning food.

“I had been working from my home and was well within the regulations to make and sell cakes,” Childers said. “But I learned that I was not allowed to put dry ingredients (the pancake mix) together and sell them unless they were put together in a commercial kitchen.

“So, what happened was, two days after my consultation, Todd Schreier called me and asked what I thought about opening a bakery.”

Childers learned there had been another individual that had been scheduled to open a business but had to change their plans due to health reasons — which left the property open for Childers (and her son, Trent, described by his mother as her No. 1 employee and sidekick) to open Pastry Princess’s Bake Shop. Childers said she is still going forward with developing the pancake mix, but for the time being she is focusing on the bakery.

“We offer a little bit of everything,” Childers said. “We will have cannoli, and cream horns, cookies, cupcakes, and peanut butter balls. I’m also going to have some small breakfast items at first like muffins and cinnamon rolls, and for lunch I’m going to have pepperoni rolls and pull-apart breads. And that’s all going to evolve into things like paninis and stuff like that.”

Nan O’Hara enjoyed her recent experience. She tried a cream puff while walking her dog in Russell one morning.

“I shared it with three different people for them to taste it and see what they thought,” O’Hara said. “They said, ‘oh my gosh.’ Every one of them said it was the best cream puff they ever tasted. … Everything Princess does is just unbelievably wonderful. I think it’s a fabulous bakery.”

Currently, the business will be takeout only, but they might offer curbside pickup in the future. “We will also be taking special orders on everything,” Childers said.

“Everything is made from fresh ingredients,” Childers added. “And yes, we use real butter. We made a 25-pound cake the other day.”

She added it was quite “fun” getting that cake into and out of the refrigerator. And it was fun, she said, even more so because of the challenges of bringing the customers what they want.

Childers said she can be reached at (606) 471-9302 or on Facebook at Pastry Princess's Bake Shop. She can also be reached through email at info.pastryprincess@gmail.com.

Kevin W. Tolliver, 63, of Ashland Ky, died Sunday October 17th, 2021 at Hospice Care Center in Ashland Ky. He was born August 17th, 1958 in Portsmouth Oh. A son of the late Willie and Stella Kilgore Tolliver. In addition to his parents he is preceded in death by his former wife Janet Tollive…

Shirley Lowe, 68, of Ashland Ky, died Monday October 18th, 2021. She was born December 11th, 1952 in Johnson Co. Ky. A daughter of the late Claude and Geneva Fraley Leake. She was a retired insurance account specialist at Putnam Insurance Agency. A member of the Wildwood First Church of God.…