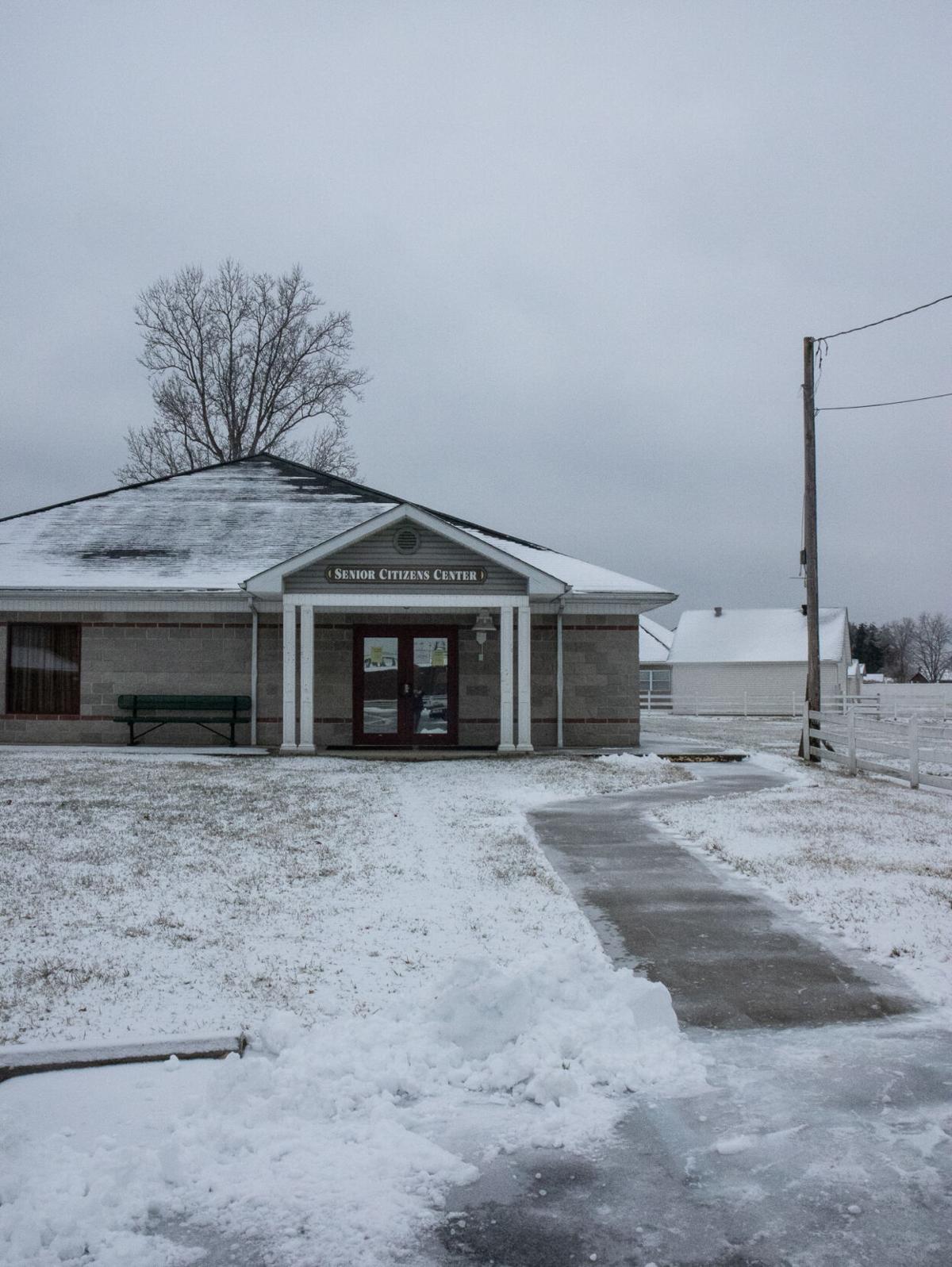 Greenup County is opening the Flatwoods Senior Center as a warming center. 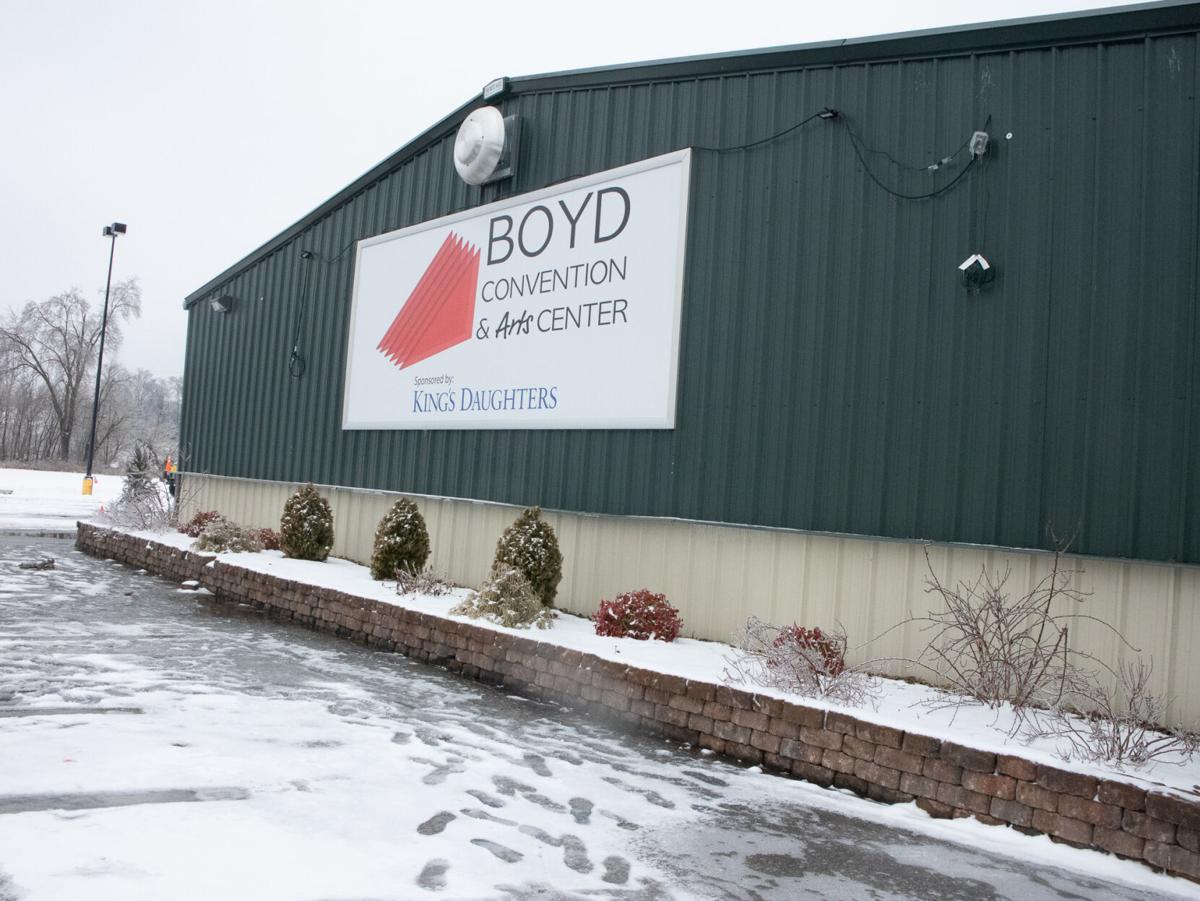 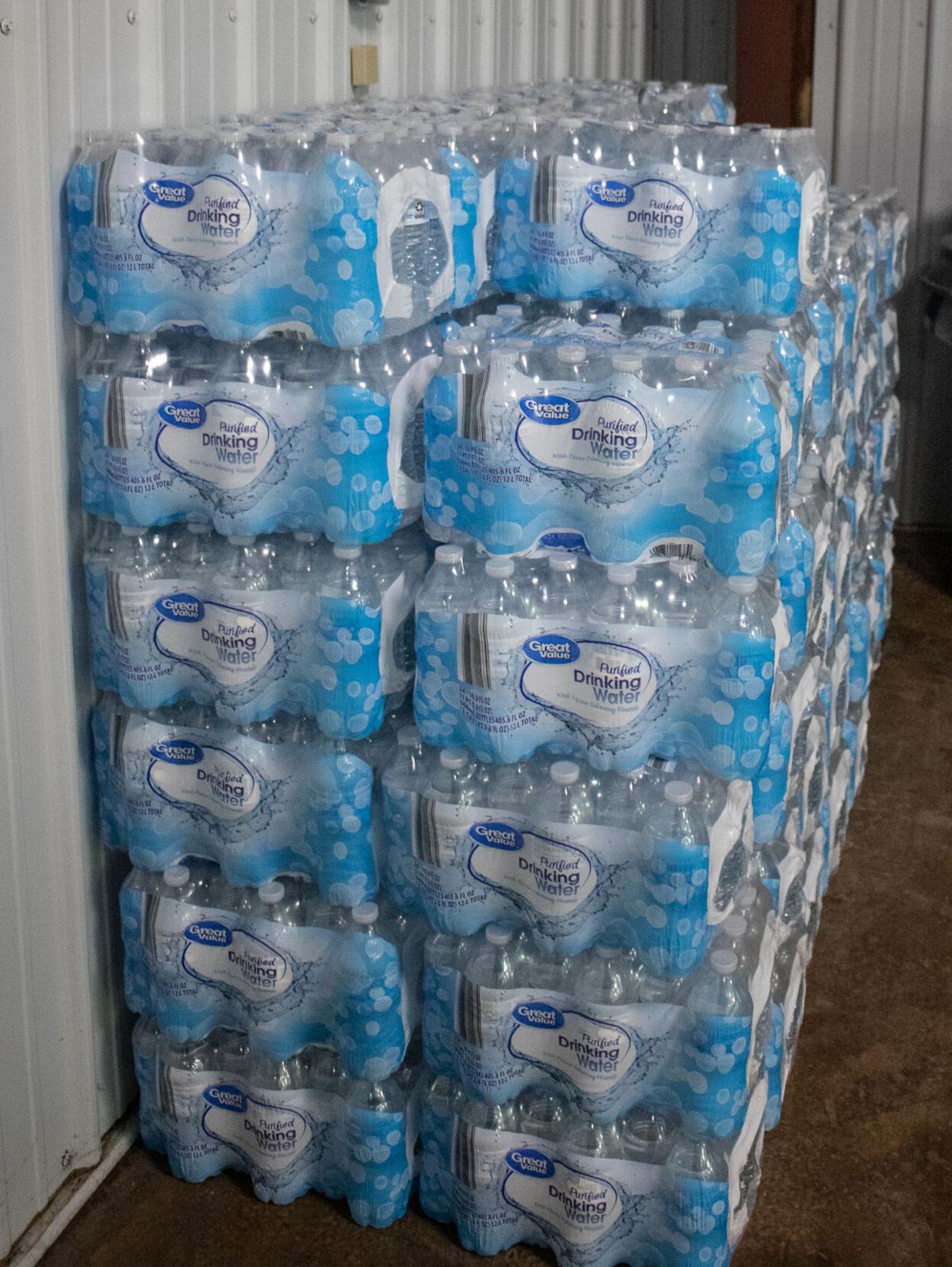 The warming center has bottled water for residents who are without water due to the storm. 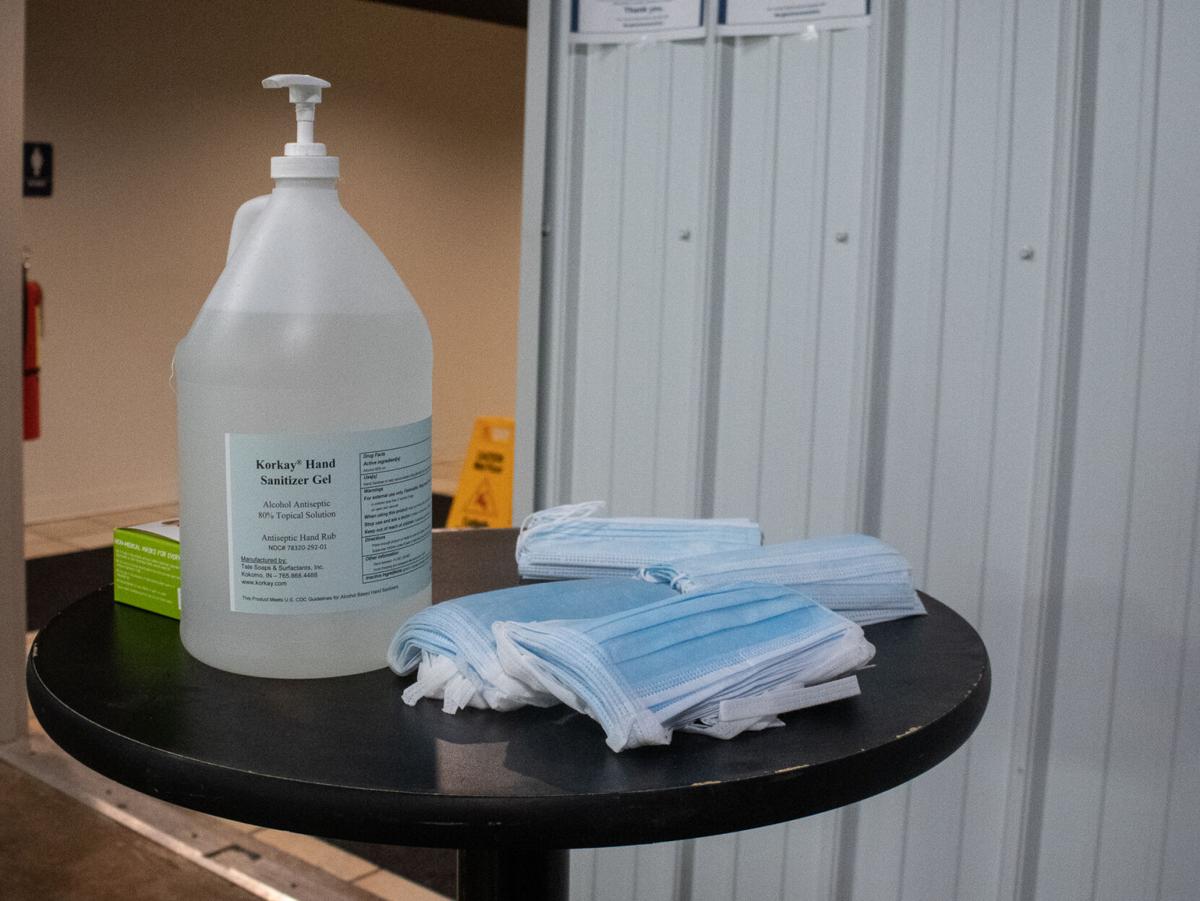 Safety measure are being followed at the center. 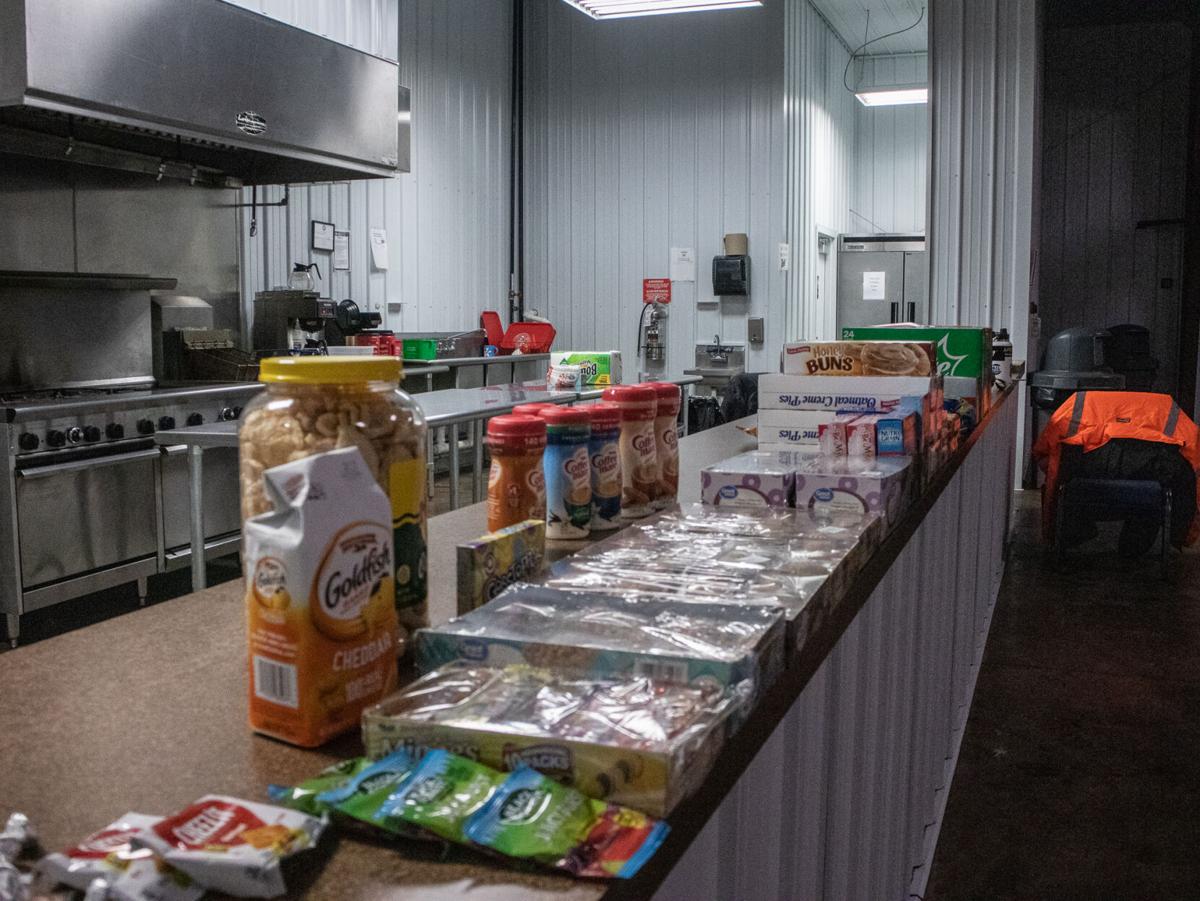 The warming center has snacks for those who utiilize it. 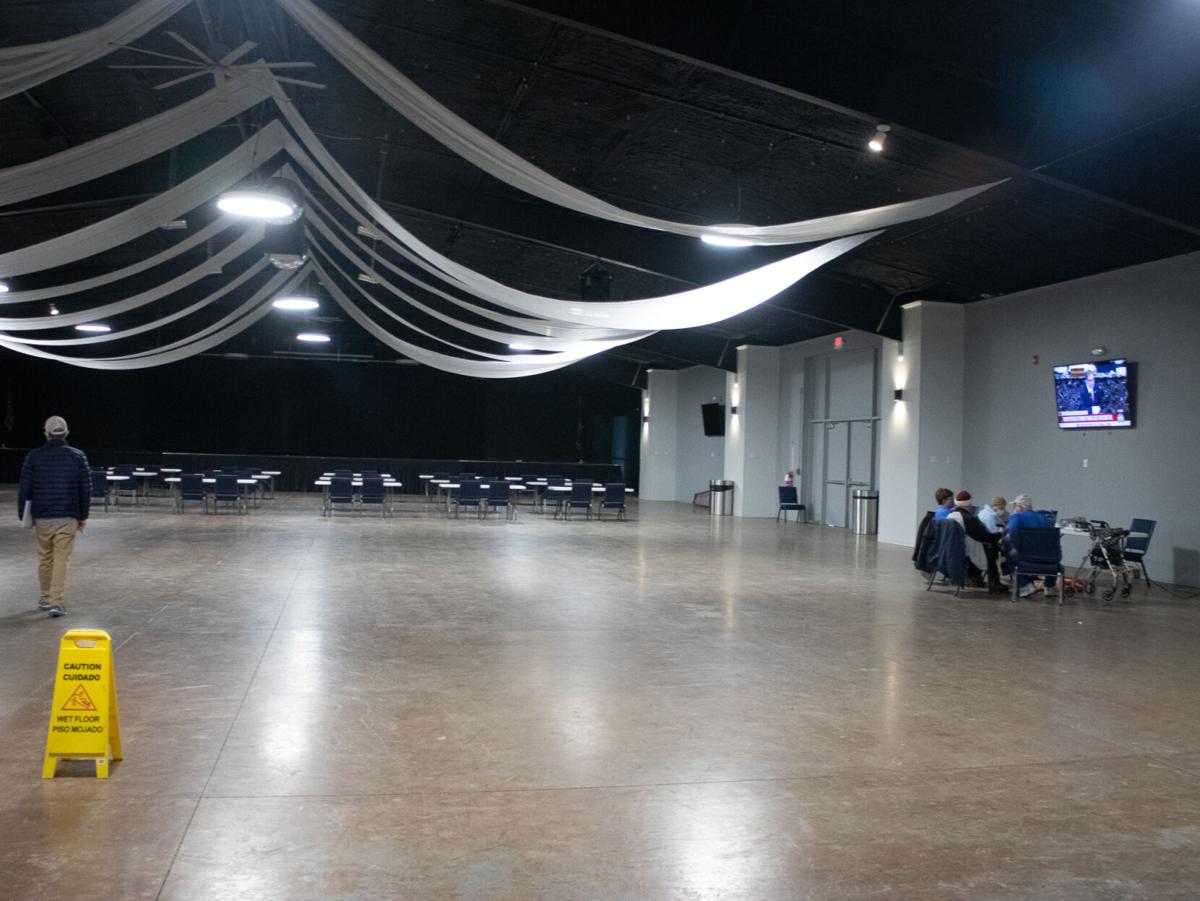 Greenup County is opening the Flatwoods Senior Center as a warming center.

The warming center has bottled water for residents who are without water due to the storm.

Safety measure are being followed at the center.

The warming center has snacks for those who utiilize it.

Some have taken up Boyd County government up on its offer to warm up at the Boyd County Convention and Arts Center, said Justin Pruitt, director of parks and recreation at Boyd County Fiscal Court.

"We had one person spend the night," Pruitt said of Thursday.

The center, at 15605 Ky. 180, opened at 7 a.m. Thursday for those without power following snow and ice falling in the area Wednesday night and Thursday morning which downed trees and power lines in the region. Visitors are invited to come in and get warm and charge their phones, he said, noting the center will remain open until further notice. There is running water and a generator is maintaining a power supply.

"We haven't had a whole lot of people," Pruitt said. "Most people are just hunkered down in Boyd County."

A representative of Boyd County will be there at all times. No food is being served, so Pruitt said those who come should bring their own snacks if they want them. He said the Ashland Walmart donated a pallet of bottled water for visitors.

Pruitt said those who have come to the center have been wearing masks and social distancing in accordance with COVID-19 guidelines.

"We have a capacity of 300, so we have room," Pruitt said. "Everybody has been compliant."

The center is considered a fallout shelter according to guidelines of the American Red Cross, Pruitt said, noting the county prepared for the ice storm and expected to offer the center as a shelter.

"I went over and tested the generator and made sure everything was ready to go," he said. "I worked with the road crew the night before and then went straight to the center."

He said power has been restored to some of the county in the area near the center.

Boyd County Road Department, at 12327 Anthony Drive, also served as a warming station overnight and was scheduled to be open throughout Friday. Pruitt said officials were considering whether to keep it open longer. He said it's best to seek shelter at the convention center. To check in with the road department, call (606) 928-5277.

While the AccuWeather forecast for the Ashland area predicts temperatures rising to above freezing today, rain and drizzle are expected in the evening, with snow likely Sunday and ice Monday morning into late Monday night.

E911 Director Buford Hurley said Friday that warming stations were ready to be set up in various places across Greenup County. Hurley said that, as of Friday afternoon, no county residents have needed to use them, but they will be available for possible future need.

“So far we have only had a couple of calls into E911 or Emergency Management checking into it,” Hurley said. But given the second wave of the winter storm moving in, they want to plan for whatever might happen.

“We had a warming center open in Flatwoods (Thursday),” Hurley said. “Because Russell and Flatwoods had about 70% of the AEP power outages. And we decided to put the warming station there in Flatwoods because those individuals have been out of power since Wednesday night. No one needed it, but we decided to keep it there and available just in case. We have plans in place, not just on that end of the county but throughout the county. There are different places in different parts of the county that we can open up as needed.”

Hurley said he discussed opening up the E911 Center if needed with Judge-Executive Robert Carpenter, and added the local schools and churches in the county have always worked with them to provide for such needs in the county.

“Mayor Ron Fields of Flatwoods is letting us use the Senior Center in Flatwoods, which is where we set up Thursday night,” Hurley said.

Hurley said it is important, especially during weather events, to have a plan already in place.

“Make sure you have a plan in case you might lose power,” Hurley said. “And have an exit strategy in the event you would have to get out and go to a warming shelter, and know what route you would take. And obviously it is recommended to have plenty of food and water on hand to carry you through.

“What we try to teach at the Emergency Management Center is to have supplies for at least three days. It is even possible that emergency services could get overwhelmed during events such as ice storms, and it might take them more than a couple of days to get to you, if it’s not a fire or something like that. In a worst-case scenario, it might take that long to get to you, so try to be prepared for at least three days.”

“But if you are stranded due to ice or snow, you can call us and we will help get you to a warming center. We don’t have shelters open right now due to COVID-19, and are limited as to the number of people we can help in that way. But again, we do have plans in place if that becomes necessary,” Hurley said.

Hurley said if the emergency doesn’t require police, fire, or and ambulance for assistance, residents would be better served calling Emergency Management at 606-473-5644.

“Call that number, and if they don’t answer then make sure to leave a message,” Hurley said. “They stay on top of things, but they might simply be busy when you call. But they are extremely good at calling you back and helping you in any way they are able.”

Several area churches throughout the region have posted on Facebook about opening their doors to those in need as well.