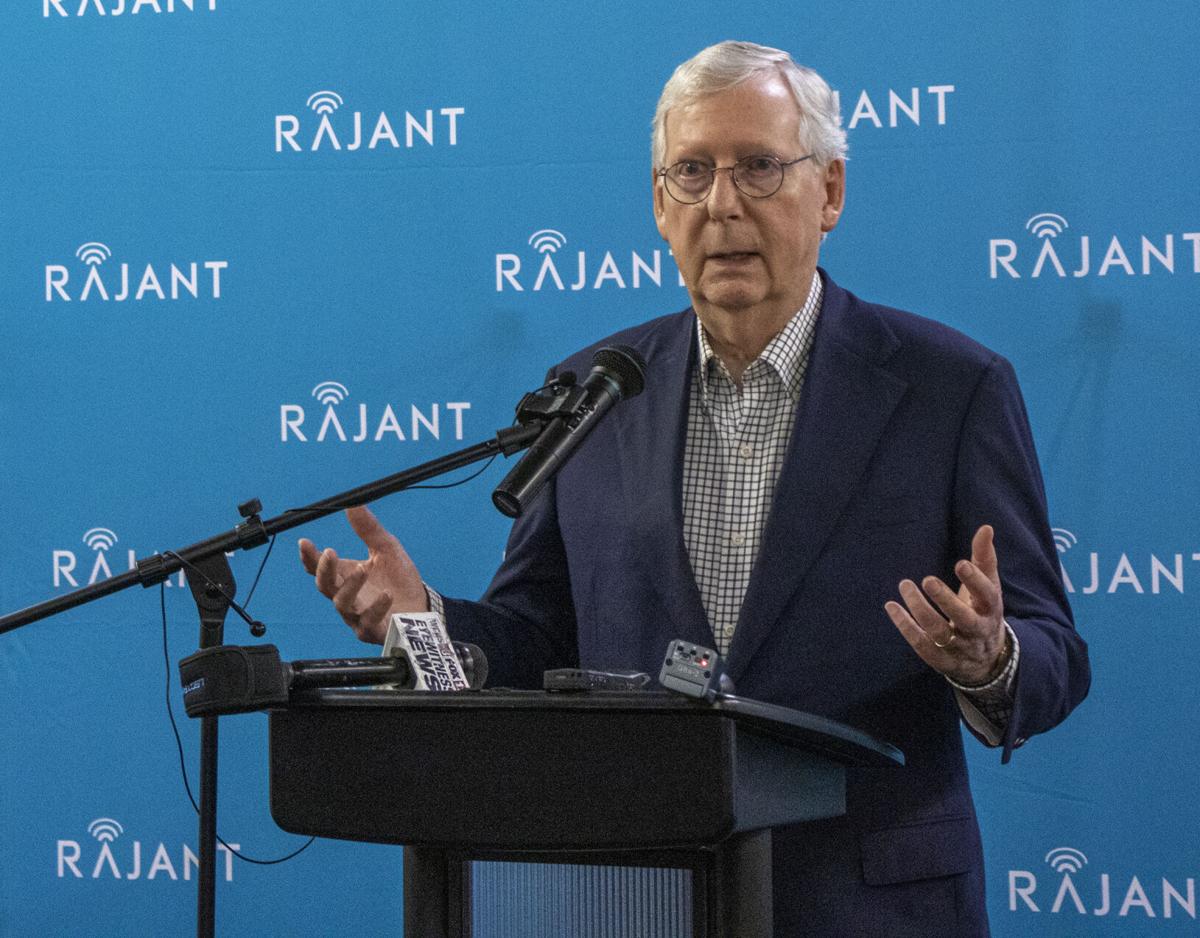 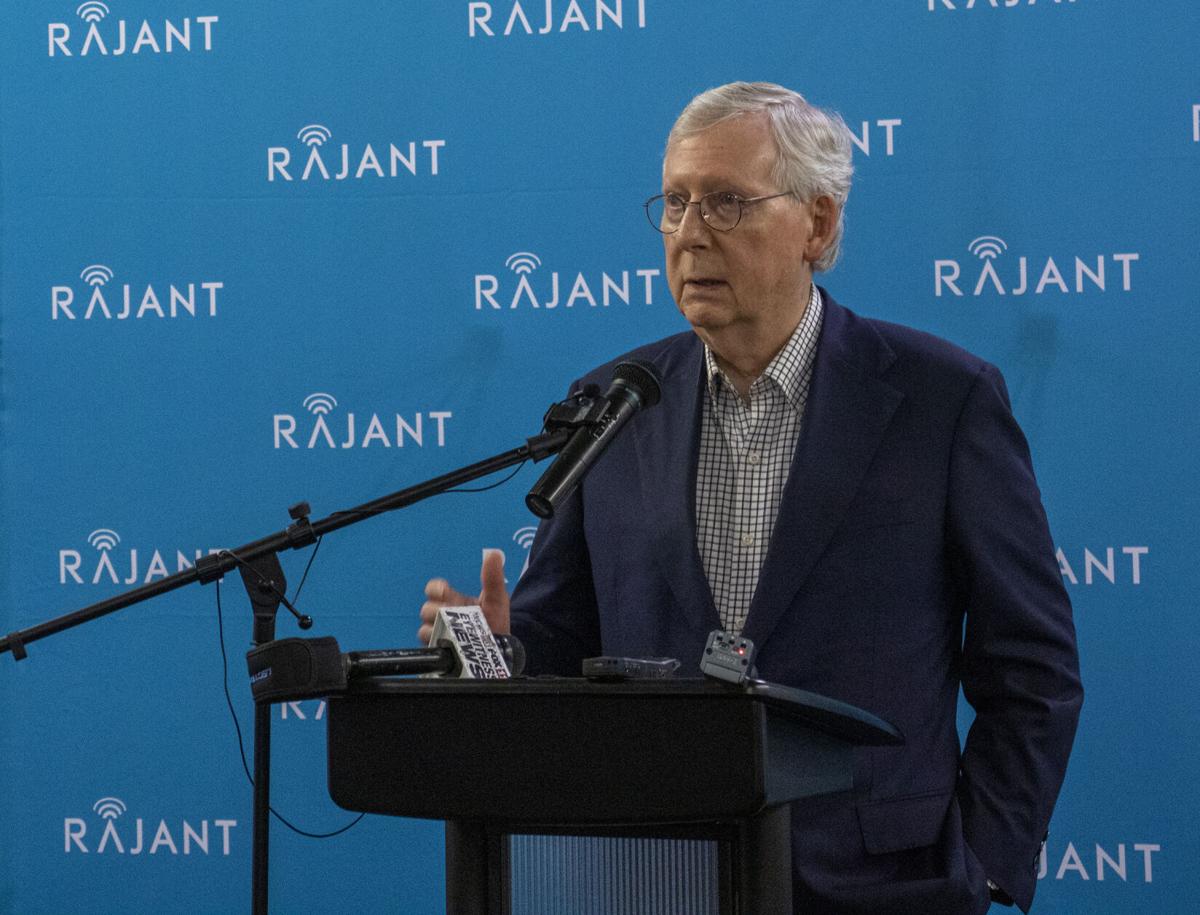 During his visit to the manufacturing facility for Rajant Corporation, McConnell spoke to local business owners and government officials about what he considers to be the end of the pandemic and bringing the economy back to the level it was prior to March 2020 by eliminating the $300-per-week bonus those who are unemployed can receive.

“To put it in perspective, Kentucky will receive roughly $4 billion this year, only $2 billion last year, which seemed like a lot of money. Now what is this additional funding creating? Raging inflation, and we have made it so difficult to get people back to work as a result of a $300-a-week bonus, which I just heard every one of the members of our roundtable express a huge problem as a result of that is people are making more money staying home than going back to work,” said McConnell.

McConnell suggested Kentucky follow the lead of surrounding states like Tennessee, West Virginia, Ohio, Indiana and Missouri, which discontinued their weekly bonus and produced positive results. On a Zoom meeting with a business leader who had facilities in Kentucky and Indiana, he learned the elimination of a weekly bonus resulted in more job applications.

“The day after the governor of Indiana canceled the ($300 bonus), his company said they got 200 job applications in one day, so clearly we need to move beyond the emergency programs that we put in place because we were experiencing a 100-year pandemic,” he said. “These businesses can’t get back to normal with these continued plus-ups and the raging inflation produced by flooding the country with a significant amount of money.”

McConnell also spoke about vaccinations and encouraged all Kentuckians to get the COVID-19 vaccine to help the economy move forward.

“A few of you know I was a Polio victim as a kid, and so I pay a lot of attention to the way you tackle viruses,” McConnell said. “It took 70 years to come up with two successful Polio vaccines — 70 years. Our remarkable country, as part of the warp-speed program we also funded last year, came up with not one, not two but three highly effective vaccines in less than one year.”

When asked if he blamed Democrats for the work force shortage, McConnell responded that he does blame them for the weekly bonus that is preventing citizens from returning to work.

“It’s not just me. It’s everybody. I’ve had roundtables like this across our state. Unanimous. Everyone said the same thing that you just heard from these folks here,” said McConnell. “This $300-per-week plus-up is exacerbating the problem. It’s unfair for those who worked through the pandemic, (and for those who) initially were in critical jobs that we needed to stay afloat during the period. It’s grossly unfair, totally unnecessary. The pandemic is on the way to being over. It’s time to get back to normal.”