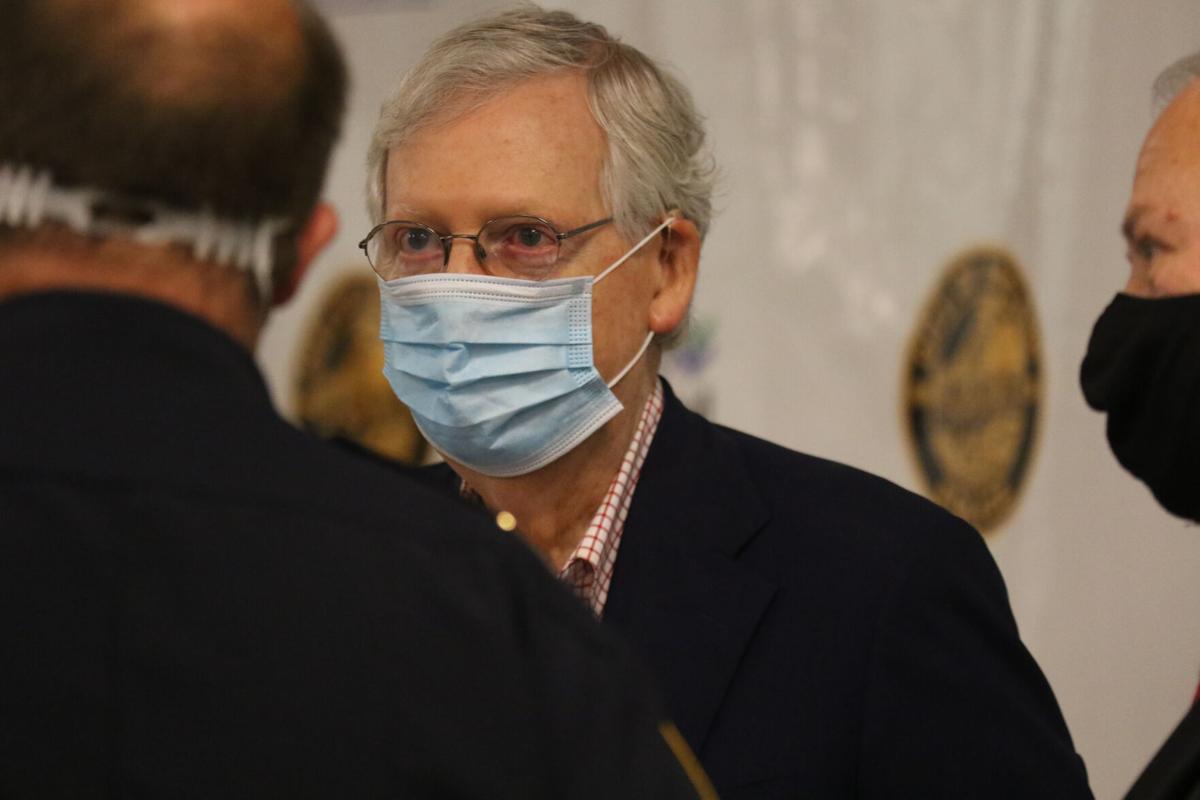 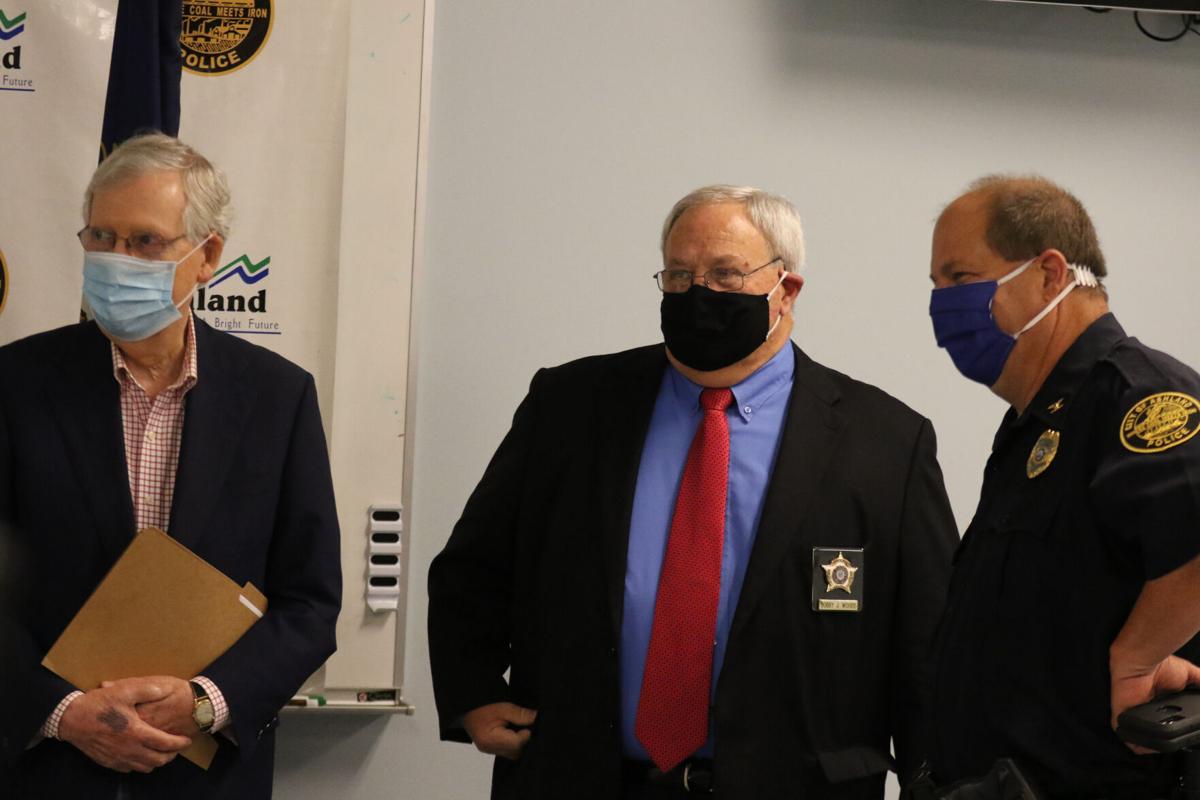 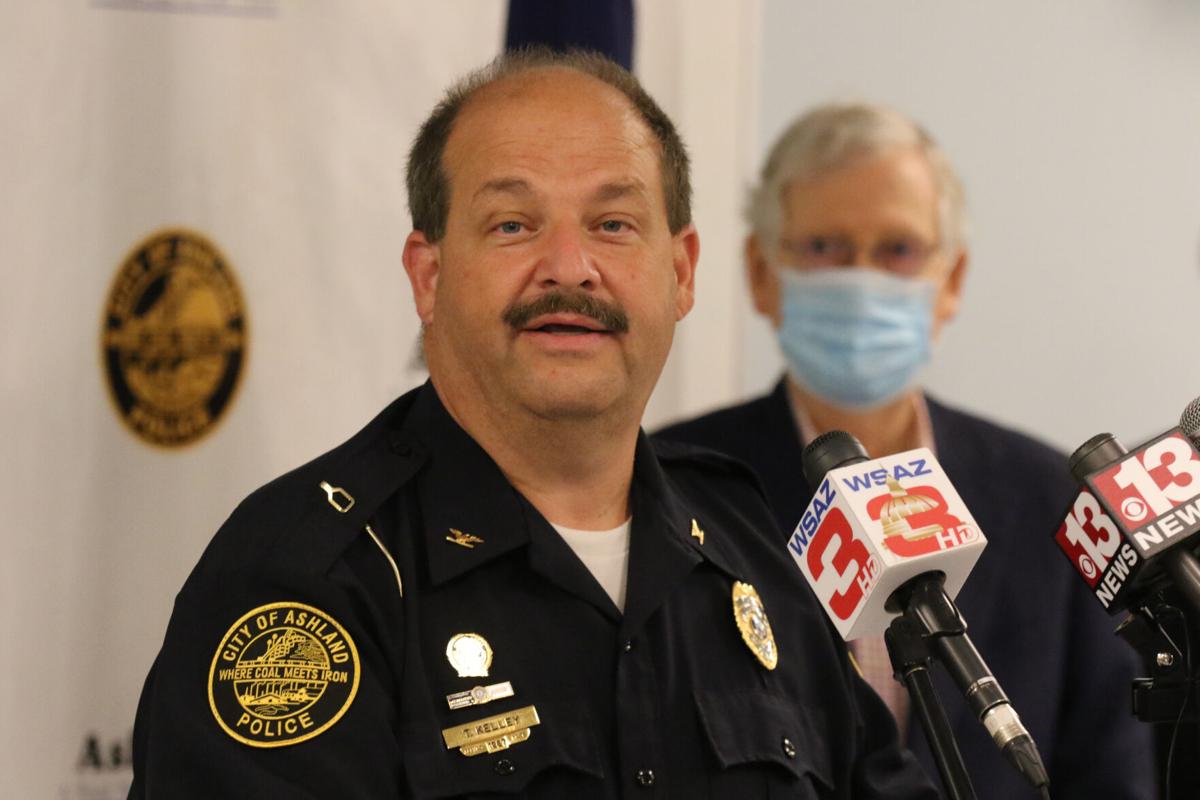 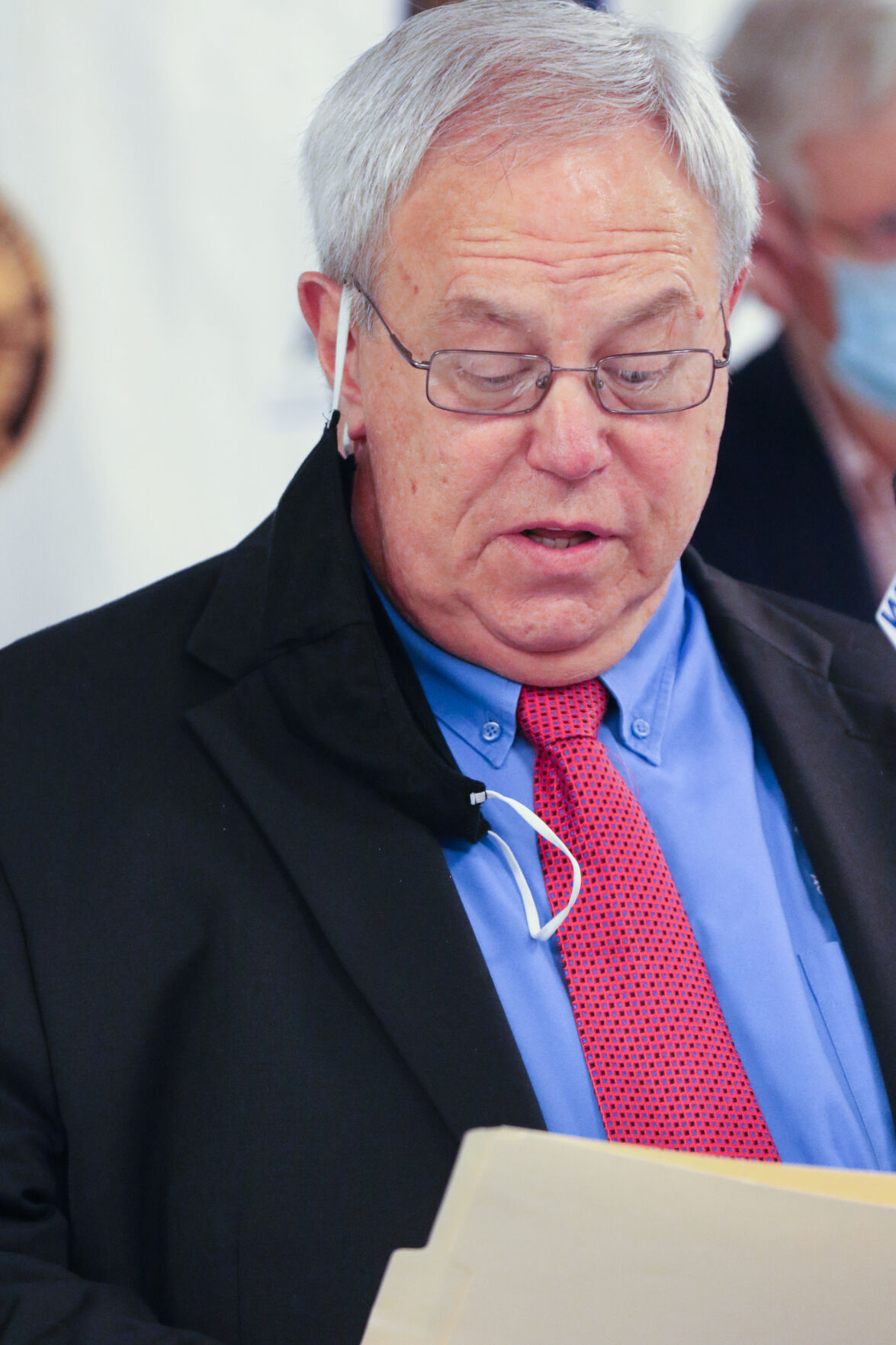 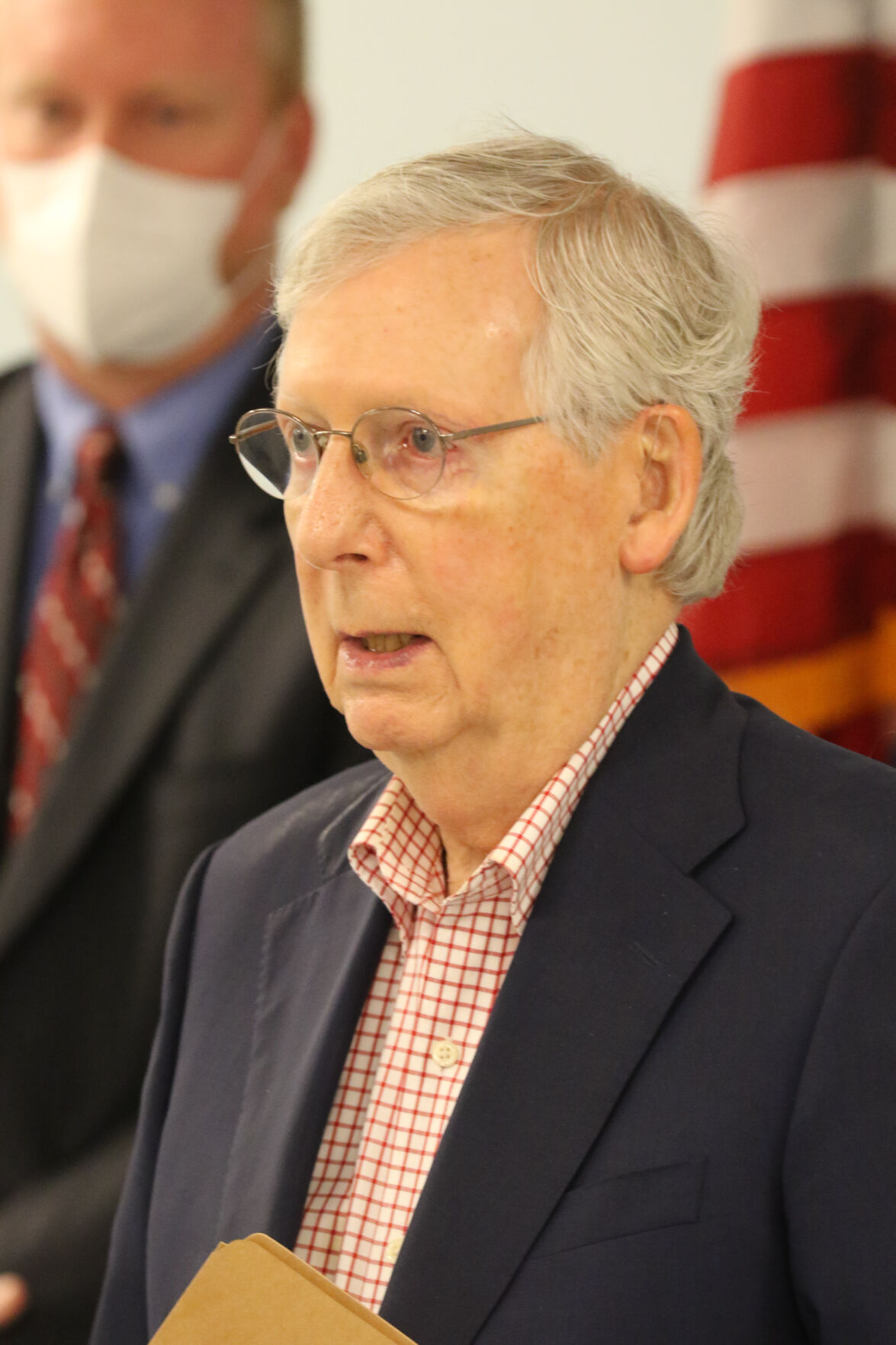 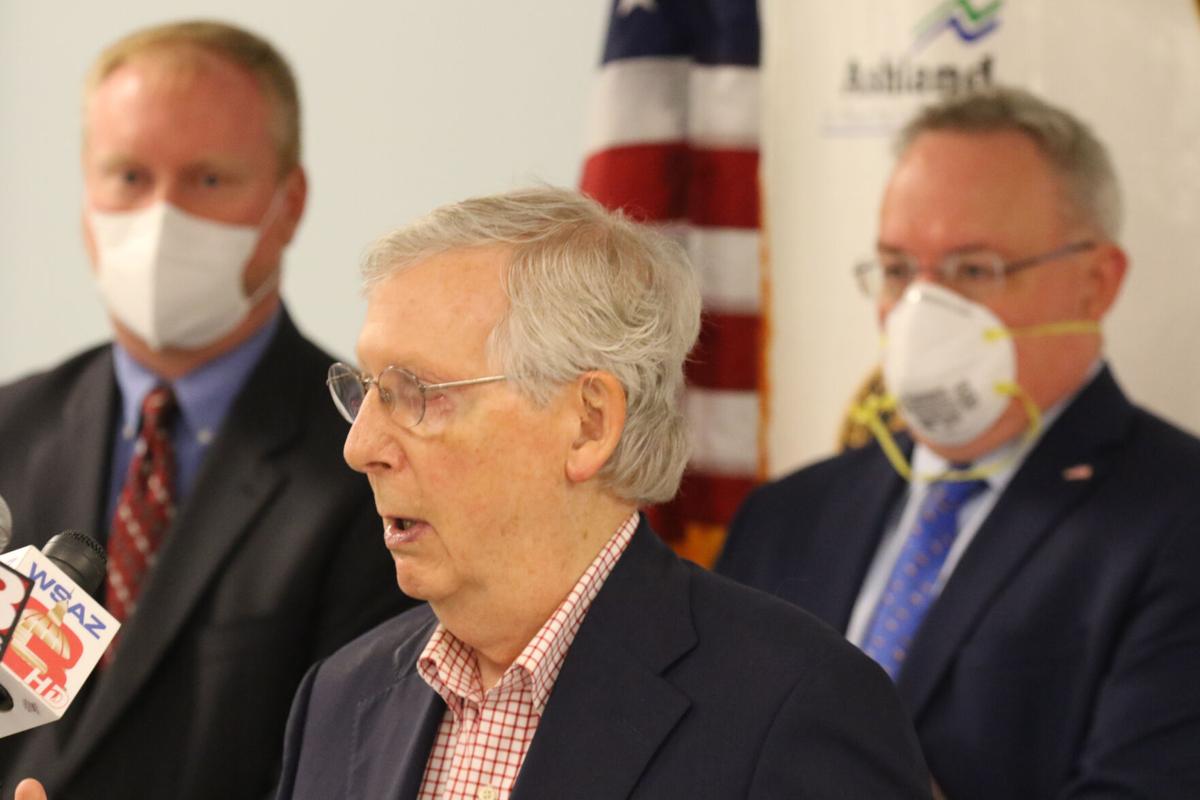 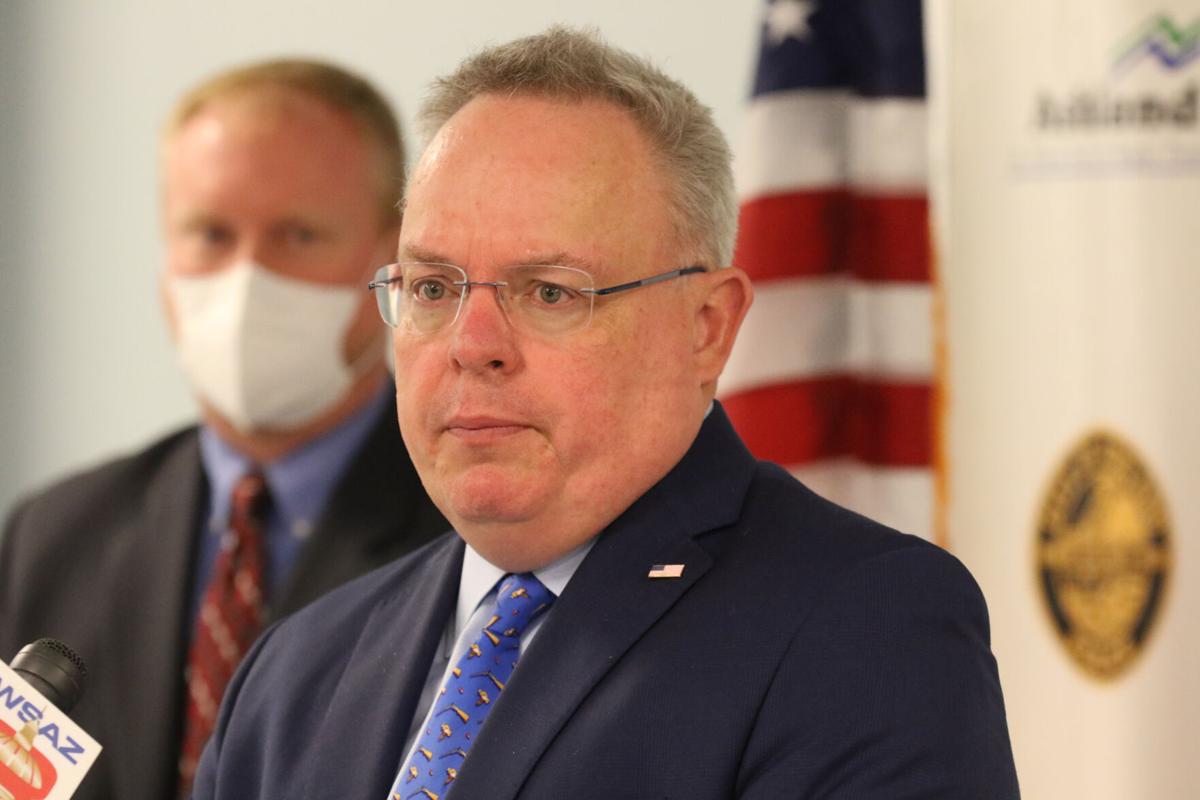 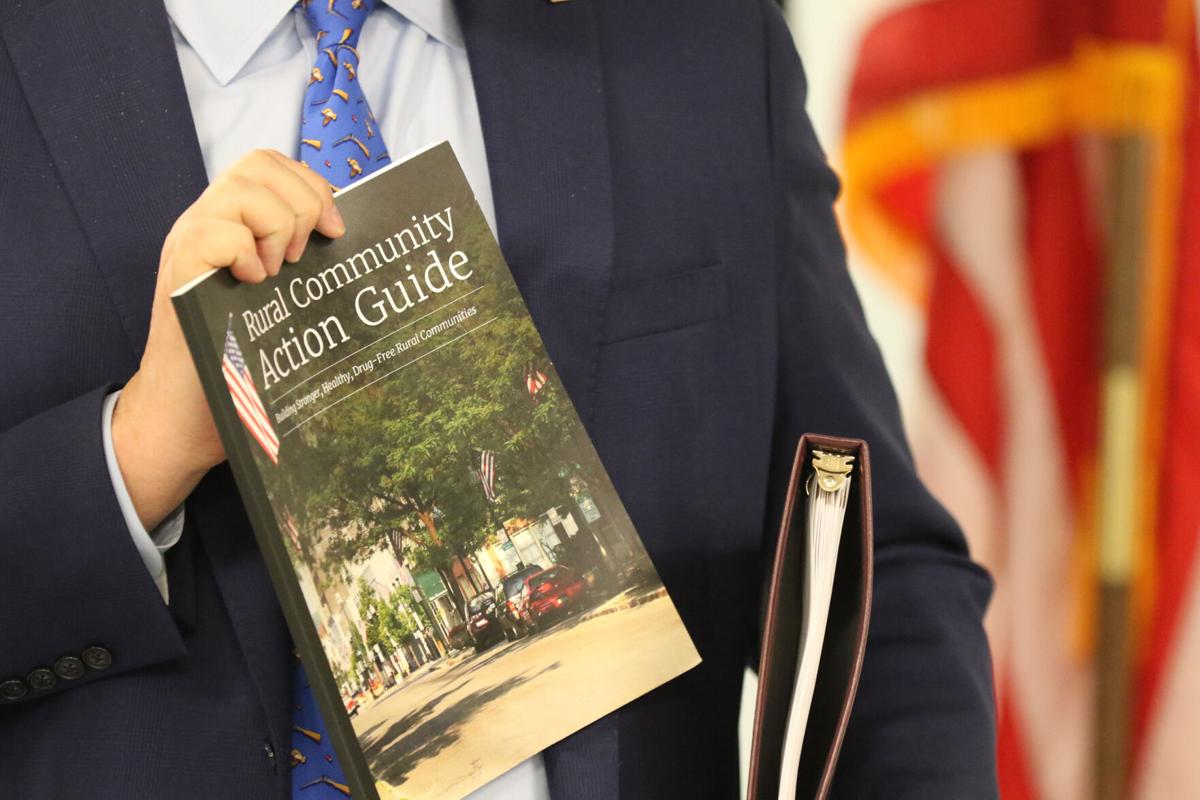 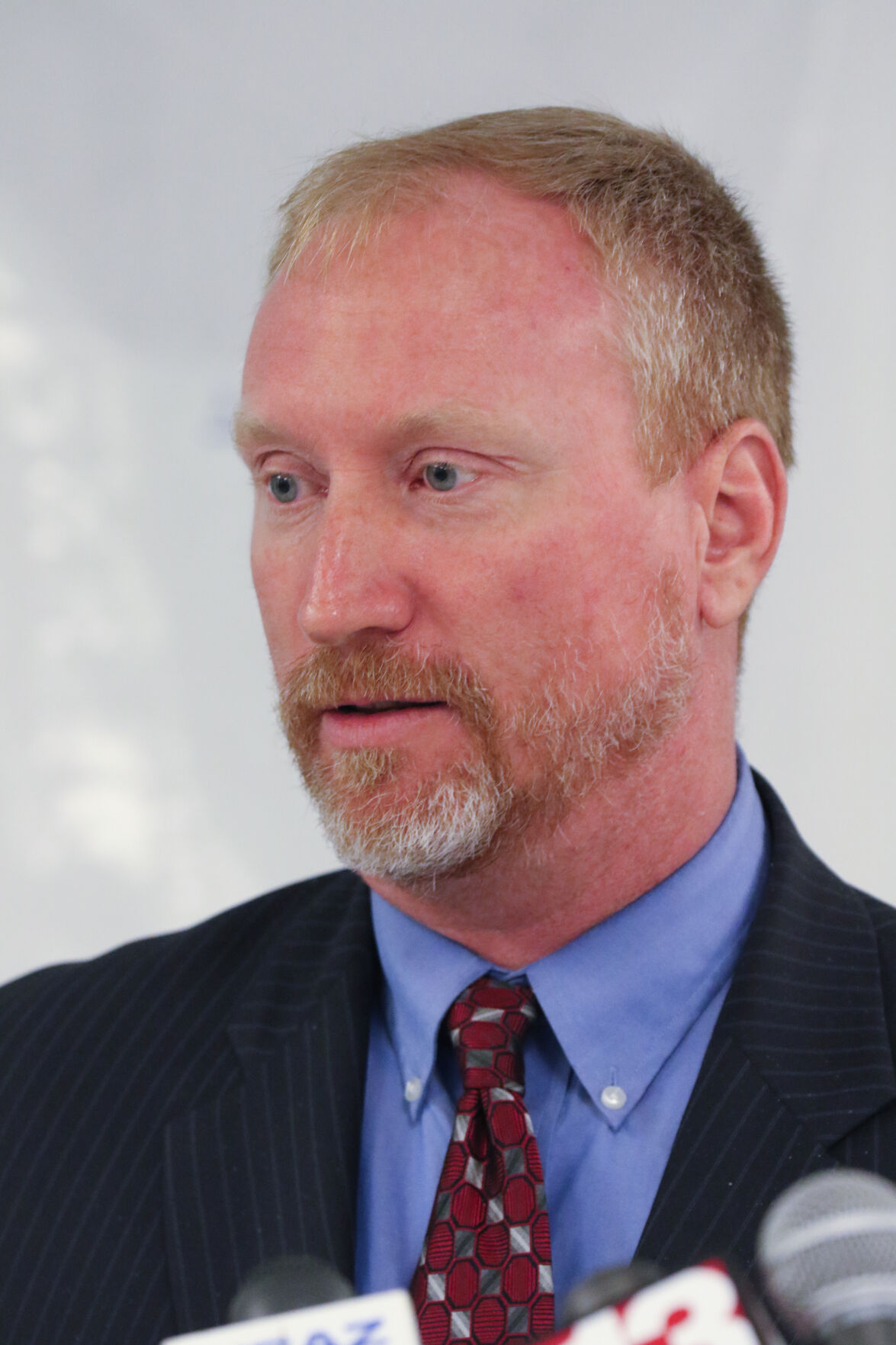 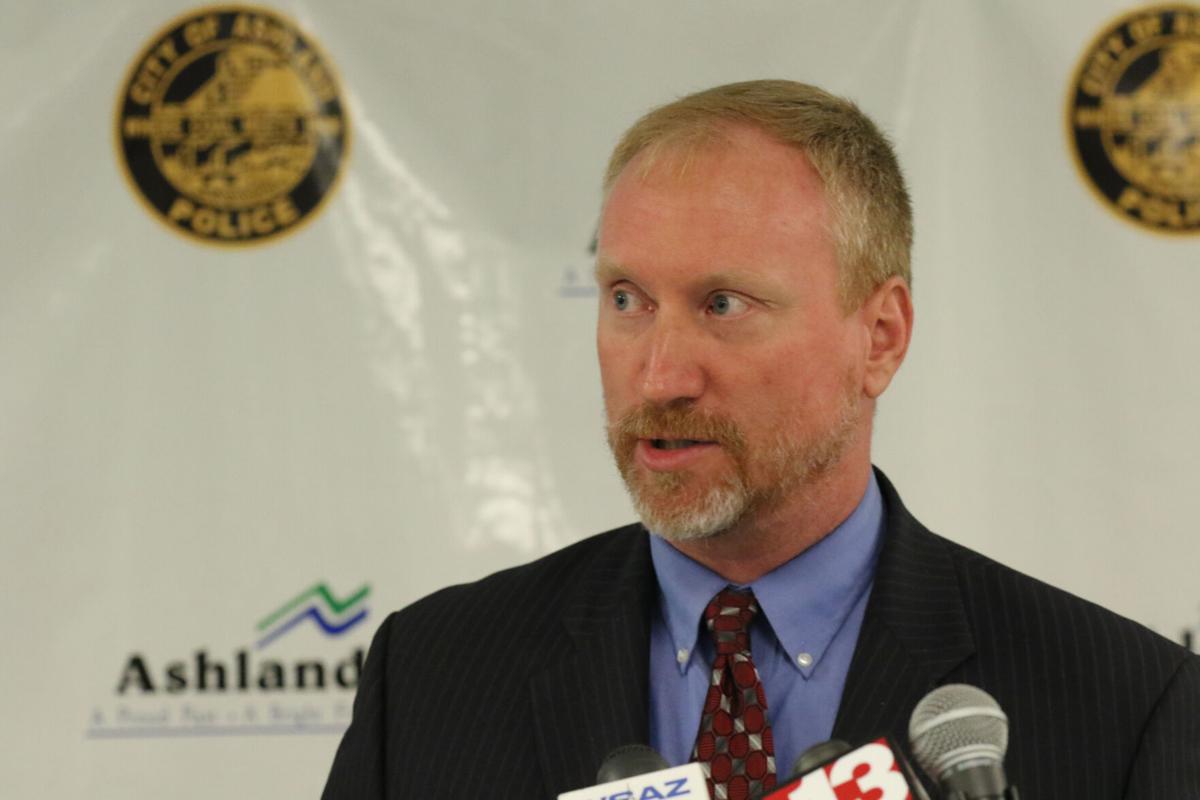 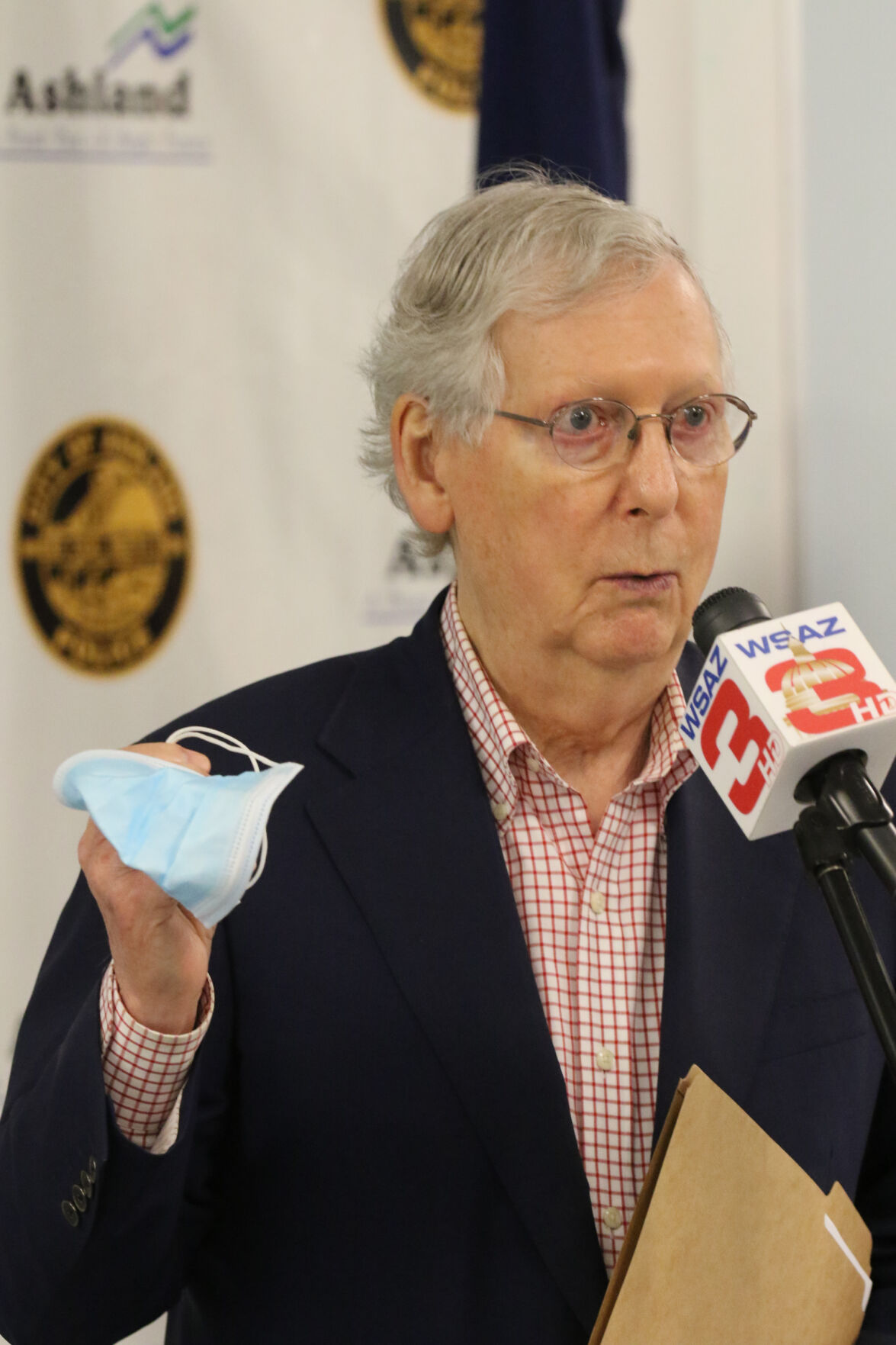 The meeting was a closed roundtable with McConnell, Carroll and federal, state, and local officials and law enforcement on efforts in Boyd County to combat the opioid and substance abuse epidemic.

“Today’s meeting had to do with Boyd County being designated a High Intensity Drug Trafficking Area,” said Ashland Police Chief Todd Kelley in a press conference after the meeting. “As a result of the designation, we have a task force here in Boyd County that is very productive in helping us make a difference. This was a long process, and it brings a lot of agencies and officers to work together under one umbrella.”

Kelley said that this has allowed local law enforcement to make great progress against the trafficking of illegal narcotics.

“I made the statement that when this was announced last year, this HIDTA designation would be the single biggest announcement to make a major impact toward stopping illegal drugs in our area,” Boyd County Sheriff Bobby Jack Woods said. “And I want to thank Senator McConnell for his faith in the law enforcement represented here to combat this serious problem we have encountered. And I also want to thank Director Carroll for his support in helping rid our communities of this drug plague.”

“In the middle of this pandemic we are here actually today to talk about a different subject, a plague if you will, that descended upon Kentucky long before the pandemic,” Senator McConnell addressed the gathering. “We’ve had extraordinary difficulty over the last decade with drug abuse. I’ve had three different drug czars stand here over the course of the last 10 years, and no one has been more attentive than Jim Carroll who is here with us today.”

McConnell had personally advocated for Boyd County’s inclusion in the Appalachian HIDTA.

“As a result of these efforts over the last 10 years, particularly stepped up when Jim Carroll took over, there are 36 counties in Kentucky that are part of the HIDTA designation. And that means that about half of the people in Kentucky are in a HIDTA area,” McConnell said. “As you know, the whole point of HIDTA is to have cooperation among different offices and jurisdictions. These federal designations are widely sought-after. Because there are not many each year. This year there were 15, and we got three of them.”

“Thank you for inviting me back to the state,” said the ONDCP Director. “It's always great to see Kentucky, because when I come to the state, what I see is people working together. And it is a very competitive process to get HIDTA funding. Some areas take a year or two, but some areas take many years because it requires one thing; that thing is people coming together. And it requires a commitment from all of the state and local law enforcement to say we are going to work together, we are going to handle big cases together, and at the end of that process, that’s when we can make the investment in the community.”

One of the tools to help combat drugs Carroll said was recently released from his office, working with Senator McConnell, was a Rural Community Action Guide. In conjunction, there is a website for communities to visit: ruralcommunitytoolbox.org. The website offers a self-assessment to measure how they are doing, and also learn best practices and find out what federal resources are available to them.

Carroll said McConnell has been instrumental in helping return money to Kentucky communities. “And it’s great to come here and see the work, and the return on the investment you are making,” he said.

“The main emphasis of the HIDTA program is to bring state, federal and local resources together in a collaborative effort in an area that has been designated a High Intensity Drug Trafficking area to address the drug problem,” Appalachian HIDTA Director Vic Brown said. “So not only does the resources it brings to the area help, it also brings together all the law enforcement.” The collaborative efforts, combined with the added resources, are what make a difference, Brown said.

“The measurement of success isn’t the high-profile drug busts with pictures of kilos of illegal drugs,” Carroll said. “These are necessary to get the drugs off the streets and prevent them from ruining people’s lives. But the real measurement of this program’s success is in every single life we save.”