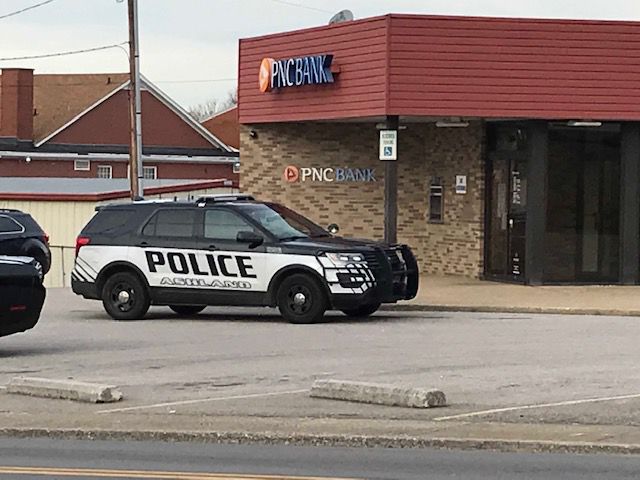 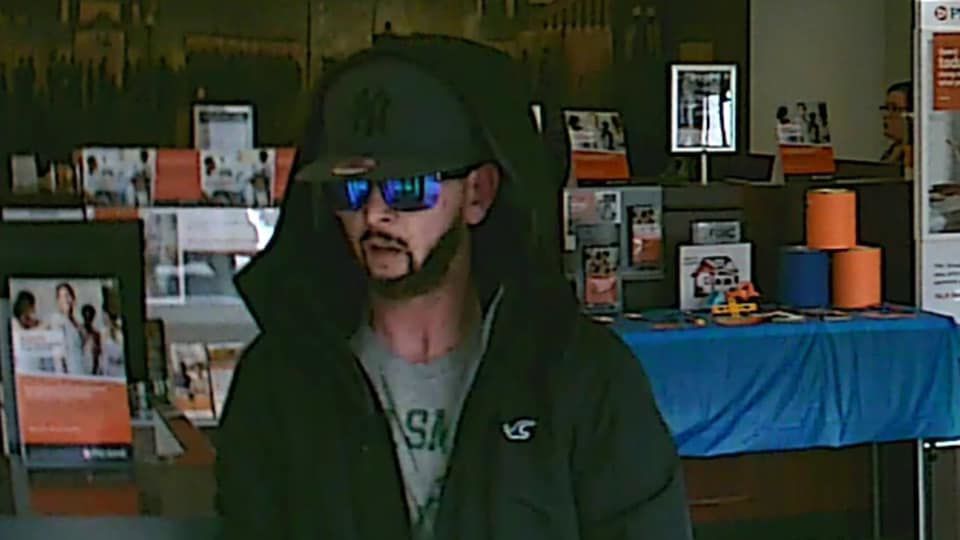 ASHLAND An unidentified male suspected of robbing an Ashland bank was still on the loose as of late Thursday night.

The person, who was captured on surveillance video, indicated to employees that he was armed and proceeded to steal an undetermined amount of cash at PNC Bank in the 2900 block of Blackburn Avenue on Thursday afternoon at 2:43 p.m., according to Ashland Police Chief Todd Kelley. Video images from bank cameras show a clear picture of the man’s appearance.

The male, who has a “darker skin complexion,” according to police, has a beard and a thin build. He wore sunglasses, a flat-billed New York Yankees hat and a large jacket.

No injuries occurred as a result of the robbery. Kelley was sure employees were startled and shaken.

“I would hope that the bank has some things in place for high-profile situations, especially when the threat of force is used against them,” Kelley said.

The bank is located across the street from Food Fair and near Unity Baptist Church.

The suspect fled in a full-size white van. Two witnesses inside of the bank when he left said the man sped down Blackburn Avenue toward Oakview Road, but the roadway “goes down a hill, and at that point they didn’t see where he went,” Kelley said.

While investigating the robbery, the APD came into contact with the Scioto County Sheriff’s Office in Ohio, where there were reports of a stolen vehicle. Scioto County hadn’t even had a chance to enter the plate numbers (7EM-618) into the national computer yet, according to Kelley.

Ashland police located the vacant van in an apartment complex in Woodland Avenue in Ashland.

“The officer on patrol located it abandoned,” Kelley said. “When we checked with residents, no one had seen anything.”

Anyone with information can submit anonymous tips to silentwitness@ashlandky.gov or by calling (606) 385-3127.

APD dealt with another notable incident while investigating the bank robbery. Just about 20 minutes following reports of the robbery, a female was arrested after attempting to steal a car from civilians at 6th Street and Eloise Street in Ashland.

Geneva Smith Martin, 80, of Grayson, passed away at the Carter Nursing and Rehabilitation Center in Grayson. Private graveside services will be at the Smith-Claxon Cemetery. Arrangements by the Sparks Funeral Home in Grayson.