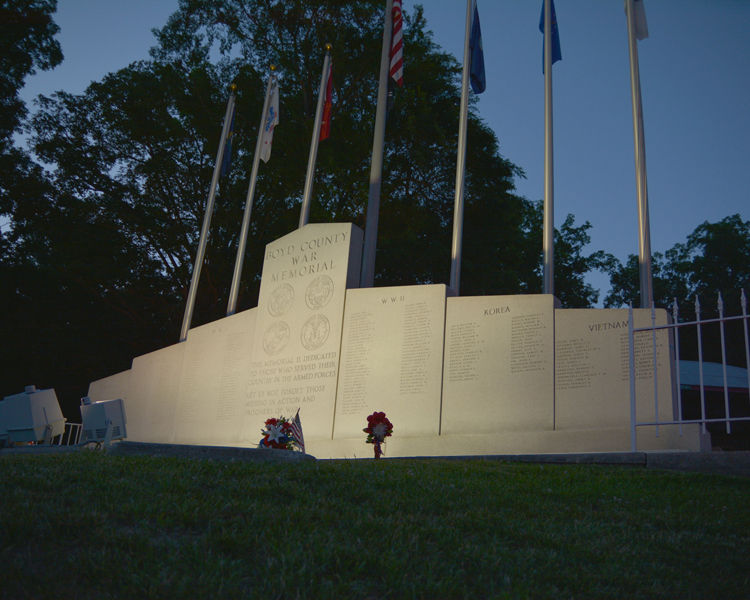 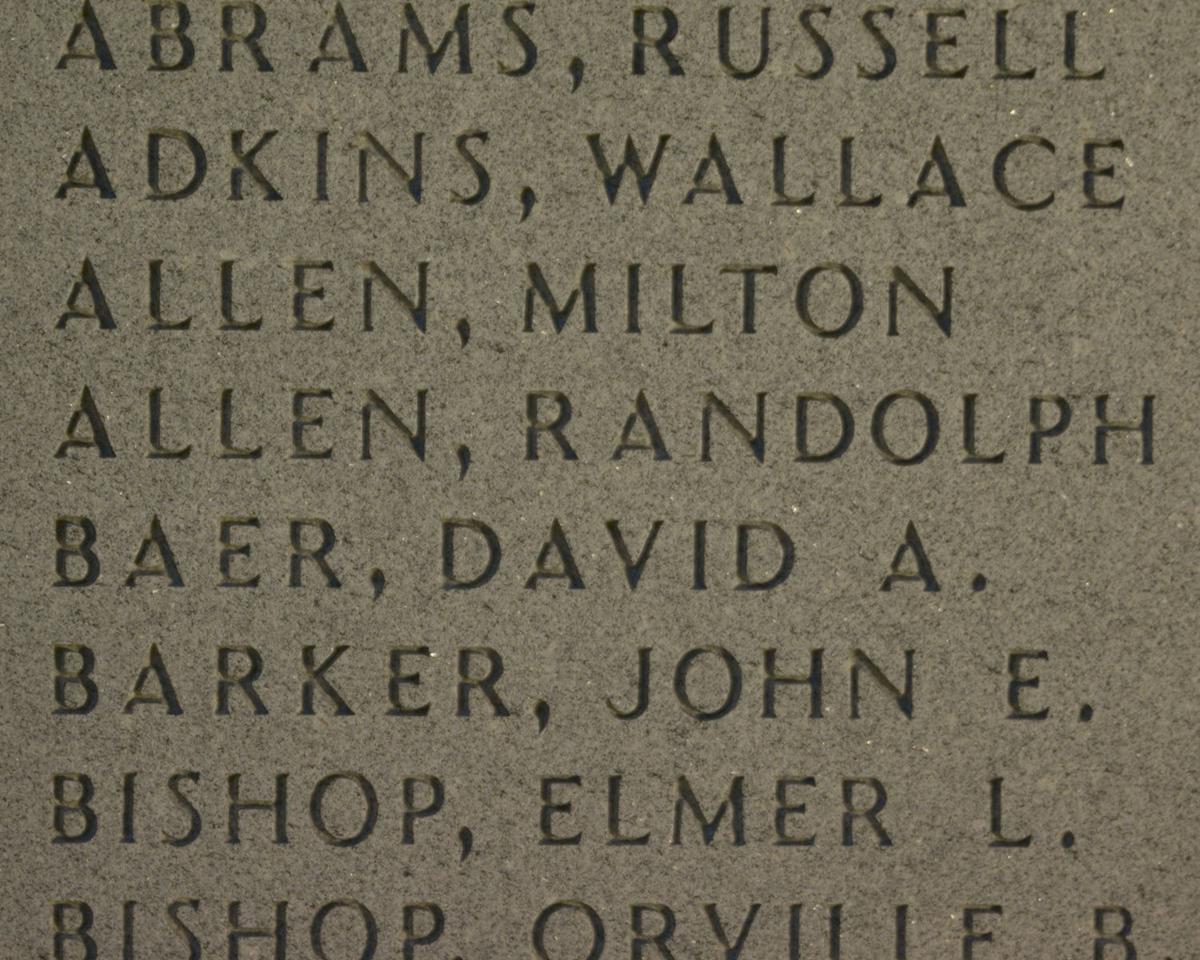 Randolph Allen's name is listed on the Boyd County War Memorial. ROD WILLIAMSON / For The Independent 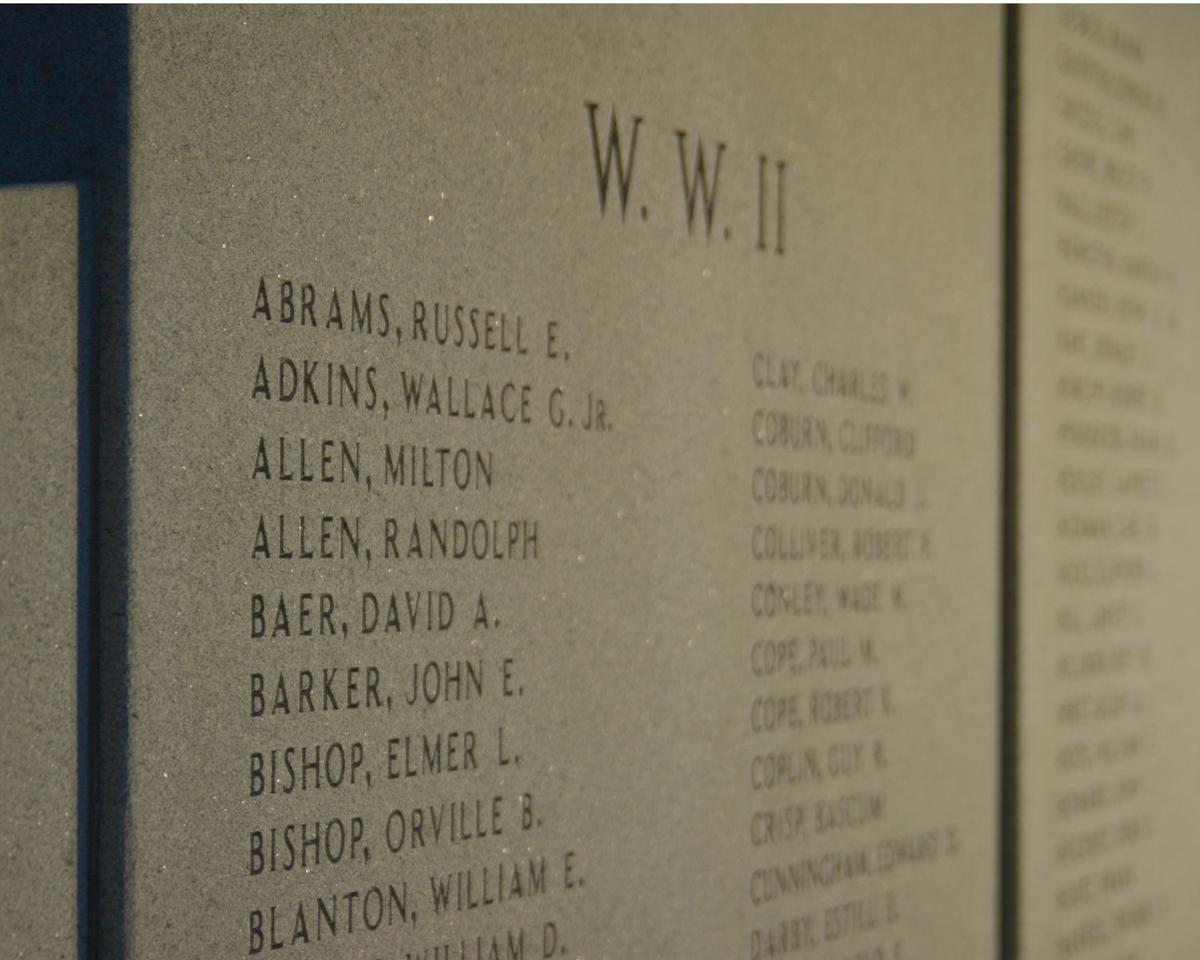 Randolph Allen is the fourth name listed on the Boyd County War Memorial Wall. His remains have been found after 71 years. ROD WILLIAMSON / For The Independent

Randolph Allen's name is listed on the Boyd County War Memorial. ROD WILLIAMSON / For The Independent

Randolph Allen is the fourth name listed on the Boyd County War Memorial Wall. His remains have been found after 71 years. ROD WILLIAMSON / For The Independent

Dottie McCoy never got the opportunity to meet her uncle, Randolph Allen.

“But I watched my mother cry a lot of tears for him,” she said.

McCoy, of Catlettburg, said Tuesday she couldn’t help but shed a few tears of her own when she learned recently the remains of her uncle, who died in one of the bloodiest battles in the Pacific Theater of World War II, had been discovered after nearly 71 years.

Allen, whose name is on the Boyd County War Memorial at Armco Park, was one of roughly 6,400 who were killed in the Battle of Tarawa. The campaign took place from Nov. 20 to Nov. 23, 1943, at the Tarawa Atoll in the Gilbert Islands, located in what is now the nation of Kiribati.

Because his remains were never found, Allen — who had to have his father sign for him to enlist in the Marines because he was only 17 at the time — had been officially listed as missing in action.

The battle was the first American offensive in the central Pacific region. It was also the first time in the war the U.S. faced serious Japanese resistance to an amphibious landing. Thousands of Marines charged the beach, only to be cut down by Japanese machine gun fire when their vessels got stuck on the coral reed.

After the battle, the Navy buried the bodies it found in mass graves. But the gravesites were moved several times, which complicated efforts to locate the remains of U.S. servicemen and bring them home for burial.

McCoy said her uncle’s remains were found, along with several other sets, at a construction site. She said her cousin, who lives in Florida, was notified by the military that the remains had been positively identified as Allen’s.

She also said a representative of the U.S. Marine Corps was expected to contact her cousin soon to make arrangements for Allen to be buried in Arlington National Cemetery.

While McCoy said the discovery of her uncle’s remains had brought a sense of closure to her and her other family members, she also said it saddened her that her mother, Frances Stanley, died without ever having the opportunity to say goodbye to her only brother.

She said she thought about her uncle often over the years and would occasionally search the Internet in an attempt to glean information about him.

Knowing that he will be coming home to the U.S. for his final rest has brought her some peace, she said.