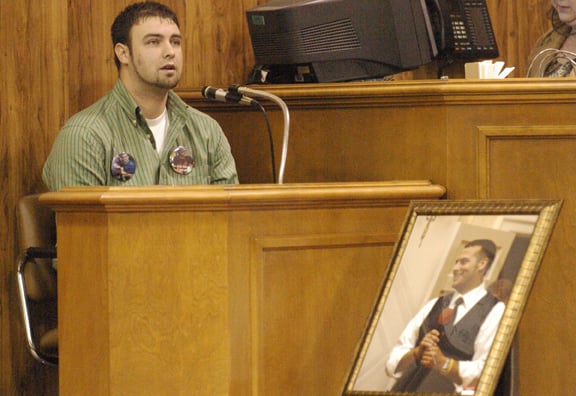 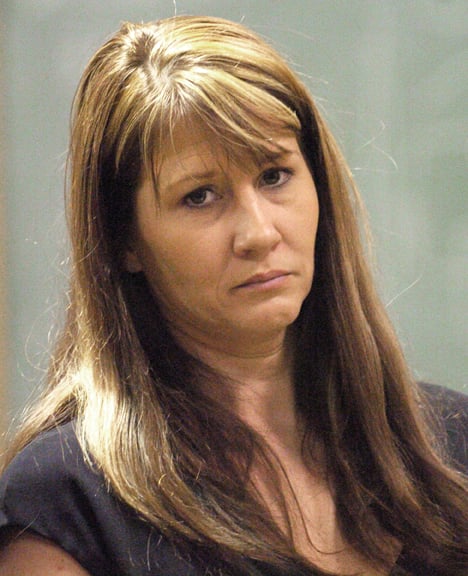 The woman charged in a vehicular homicide case in Boyd County told her story in court Thursday. In the third day of her trial for second-degree manslaughter, Tracy Dawn Arthur told a jury she didn�t remember the crash that took the life of 23-year-old Travis A. Hall, but she knew she wasn�t impaired when it happened. Arthur testified she didn�t remember anything between the time she left her home early on the morning of July 7, 2007, and when she regained consciousness at the University of Kentucky Chandler Medical Center later that day. Arthur, formerly of Chesapeake, said an early morning caller told her a friend had crashed one of her cars and she left the Westwood house she shares with her grandmother and three children to investigate. Shortly after leaving, records and court testimony show, her Ford Expedition veered across the center line in the 7100 block of Ky. 5 and slammed head on into Hall�s Pontiac G6. The crash killed Hall and sent Arthur and a passenger in Hall�s car to the hospital. But Arthur, who was flown to Lexington from King�s Daughters Medical Center, said she only remembers coming to at UK as doctors and nurses were working on her broken foot. She also suffered a collapsed lung and bleeding in two areas of her brain. Arthur did say she had taken Xanax, an anti-anxiety drug prescribed by her doctor. But she insisted the dosage was low enough that she wasn�t impaired behind the wheel and she had had plenty of sleep. �I knew the effects of the medication. I knew if I could drive,� she testified. Prosecutors contend Arthur nodded off before the collision because of the Xanax and lack of sleep, which can intensify the effect of the drug. A prosecution witness also has placed a woman who may have been Arthur at the nearby Green Hills BP convenience store shortly before the crash. The former employee said the woman slurred her speech, couldn�t count her money, fell asleep in the checkout line and drove away erratically. Arthur had no memory of being in the store. Her attorney, David Mussetter, brought in witnesses to bolster the contention that she could not have been there. Arthur�s friend, Tracy Mays, said they had been talking on the phone at 7:48 a.m., shortly after the time of the alleged store appearance. Mays said she knew the time because it was on her caller I.D., and she brought a photo of the saved caller I.D. notification with her to court. Arthur�s grandmother, Jean Grimm, said she and Arthur had talked at home around 8 a.m. Mussetter contended that Arthur couldn�t have been at the store and gotten home in time to make the call and talk to her grandmother. The store�s manager also testified that a transaction of the type Arthur is alleged to have made would have been in the store�s records, but no such record was made. Even if Arthur doesn�t remember the crash, Hall�s passenger does. Christopher Fritz, who described Hall as his best friend, was riding with him when the cars collided. Testifying Thursday, Fritz recalled seeing the approaching SUV. �She was clearly in our lane ... We had nowhere to go,� he said. Dazed in the collision, Fritz remembers looking over at Hall: �When I looked over, my best friend was about dead,� he said. The trial is set to resume today at 12:30 p.m. in Boyd Circuit Court. Prior to that, Judge C. David Hagerman will decide whether to allow assistant Commonwealth�s Attorney Scott Reese to bring witnesses to say Arthur has a history of misusing drugs. MIKE JAMES can be reached at mjames@dailyindependent.com or at (606) 326-2652.