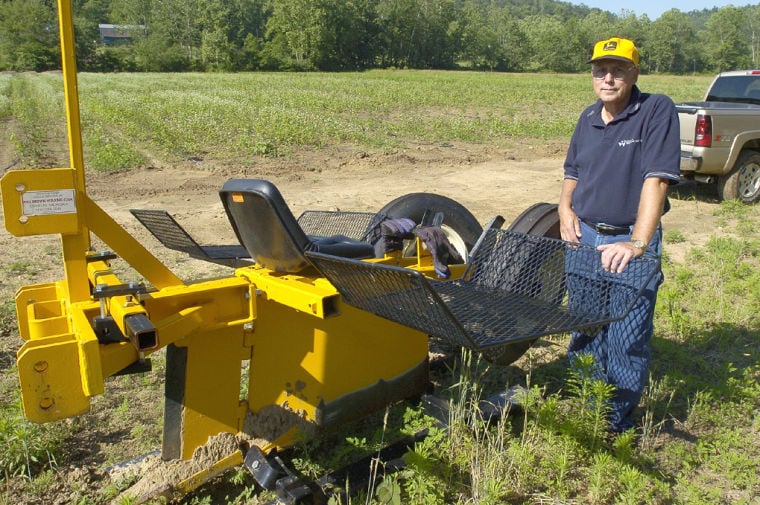 Don Davis at his latest blueberry field in Greenup County. 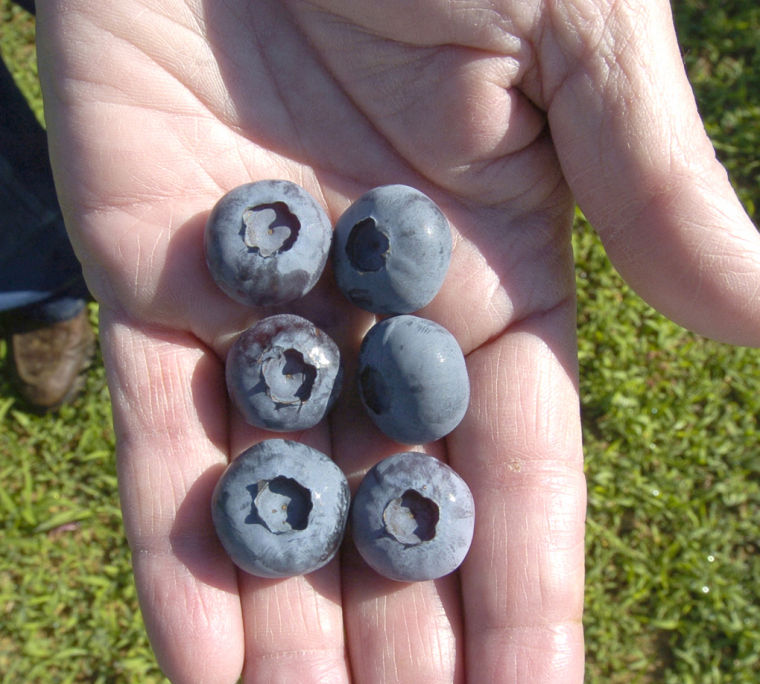 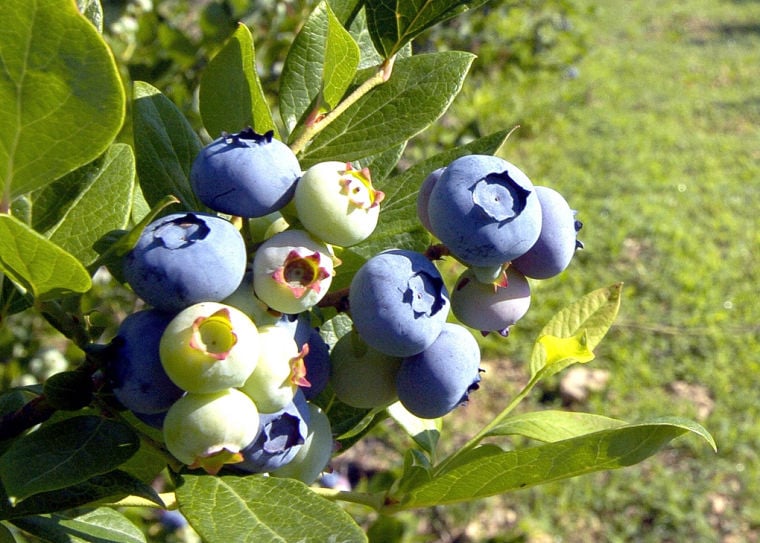 Don Davis at his latest blueberry field in Greenup County.

Don Davis picks a berry, its skin a pale blue under Tuesday morning’s sun. A soft plump drums within his bucket. Followed by another. Then another. Every now and then, he skips a beat. “It’s just natural to reach over and pick one, and put it in your mouth,” he adds with a grin. Here along White Oak Creek in west Greenup County it’s also natural to see Davis, his wife and grandchildren, friends and work hands walking row after row of blueberry bushes in June — harvest time for the wholesome, alternative cash crop. “We’ll be picking until dark today,” he says. “It would be good if they all came on at once, but they don’t.” It takes four or five weeks picking to, essentially, sell off the ripe berries. “We never plan anything in June or the first couple of weeks of July.” t Not even a year after retiring from Ashland Inc., and just five years since planting his first blueberry patch, Davis is closing in on 6,000 plants. Right now, he’s holding back about half until they mature. But, already he sells to several Foodland stores, a market in Westwood, the state parks and a distributor that takes them to top Kentucky restaurants. Year after next, when the new field is ready, there’ll be enough to sell to Kroger — which only buys from farms that can deliver to its Louisville distribution center, Davis said. “I wish I had some other growers around ... we could fill a lot more orders,” he said. It’s a good idea for farmers today, said Davis, who’s an entrepreneurial coach and involved with a seven-county agritourism group. “They should look at the alternatives they have,” he said. “That’s what our grant is about.” Funded by state tobacco settlement dollars, the program taught individuals in each county how to coach farmers into diversifying away from the dwindling tobacco economy. They offer help ranging from crop research and marketing to writing grants. Ideas range from opening up on-farm cabins and “pick your own” strawberry fields to goat production or some other cash crop, such as Davis’ blueberries. Davis cleaned up the farm he grew up on here some eight years ago. “It’s been in the family since the early 1800s, it was my turn to have it, and I thought I’d do something with it to make it productive,” he said. He’d raised tobacco for a while, “but you couldn’t get the labor, and when there was a drought or too wet it didn’t grow good, and then the prices,” he said. “There were so many downsides on tobacco, I just didn’t want to fool with it.” Vegetables? Not very good markets there, he said. So, a little research later, Davis found himself ordering blueberry bushes. “It’s a unique product, with a market,” he said. “It’s the most healthy of all berries.” It does take some investment: By the time you get a productive, 2-year-old bush you’ve got about $5 per plant into it, he said. And a lot of people don’t want to buy plants and wait two years — needed for good root development. On the other hand, with tobacco there’s a need for new plants each year, plus chemicals and sprayers and lots of equipment. Davis, who’s keen on automation, uses a tractor, an automated watering system, sawdust and a few soil nutrients, and sprays no chemicals. In the end, the financial return sold him. “Once in full production, we’ll be picking 60,000 pints a year on 6 1/2 acres,” he said. At $1.80 to $2 a pint, it doesn’t take a math degree to figure it out. “That’s better than tobacco.” t And a little more gratifying personally, Davis says, walking down a row scattershot with ripe berries as Tuesday wore on. “You get out here and you’re picking, it’s quiet and the birds are chirping, like they’re saying, ‘Get outta my blueberries,’” he says, then laughs. The other day his 6- and 11-year-old grandsons, helped him pick, and the youngest kept walking up asking, ‘Granddad, is that ripe enough?,’ Davis adds, grinning. “It is enjoyable ... and you take pride in selling something healthy. And the money’s good.” Then, he laughs again, like he’s thinking of his grandson’s berry-picking. Under morning sun, in cool June air, with stories like that, it’s hard to even think about checkbooks and bank accounts. ALLEN BLAIR can be reached at ablair@dailyindependent.com or (606) 326-2657.

Perry Lee Holt, 70, of South Shore, Kentucky, passed away, Sunday, June 13, 2021, at his home in South Shore. Perry was born March 20, 1951, in Wurtland, Kentucky, a son of the late Lowell and Ruby Roark Holt. He was a member of South Portsmouth Church of Christ, loved the bible and retired …