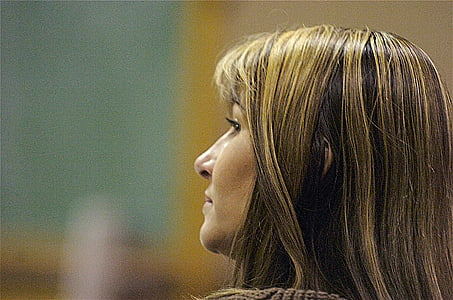 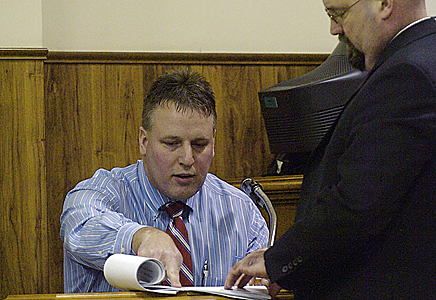 Prosecutors expect to call two witnesses Monday who will say they saw Tracy Dawn Arthur asleep at the wheel of her car several months before she was involved in a crash that killed 23-year-old Travis A. Hall. The witnesses will be allowed to testify, Circuit Judge C. David Hagerman said, because they may shed light on whether Arthur knew she would be impaired by taking the prescription drug Xanax the morning of the crash. Arthur, 34, of Westwood, is on trial for second-degree manslaughter in a July 7 collision on Ky. 5. Arthur’s Ford Expedition slammed head-on into Hall’s car, killing him and injuring a passenger. Assistant Commonwealth’s Attorney Scott Reese has maintained that Arthur was impaired by the Xanax and possibly a lack of sleep, but ignored warnings against driving. Arthur had a legal prescription for the drug, which is used to treat anxiety. Drug tests after the crash showed Xanax in her blood. The witnesses are Scott Arthur of Chesapeake, Tracy Arthur’s former brother-in-law, and his wife Buffy Arthur. Hagerman made the decision to let them testify Friday after interviewing them in his chambers and reviewing their planned testimony. The Arthurs told Hagerman in separate interviews that on Sept. 10, 2006, they were driving on a county road in Lawrence County, Ohio, when they saw Tracy Arthur’s car idling in the road ahead of them. Pulling up alongside, they saw her asleep at the wheel, they both claimed. Scott Arthur revved his engine to see if the noise would awaken her but didn’t take any further action. He said he called his father and then police and then they drove on. Neither the witnesses nor Reese claimed she was under the influence of drugs that day. Hagerman’s legal quandary resulted from what is normally a prohibition against using prior conduct as evidence against a defendant. However, Arthur had testified that she knew when she took the Xanax the morning of the crash that she was able to drive safely. With the two witnesses, Reese will be allowed to suggest to the jury that Arthur’s prior impairment shows she knew Xanax would adversely affect her driving, Hagerman ruled. “It goes right to the very heart of what the jury has to decide,” he said. In other words, knowing the effect of the drug but disregarding it would bolster the contention she acted wantonly when her car strayed across the center line and hit Hall’s. David Mussetter, Tracy Arthur’s attorney, called the claim “a carefully orchestrated story” resulting from a bitter child custody dispute between Arthur and her in-laws. Hagerman said he wouldn’t allow them to bring up the custody battle or any other family matters. He threatened the witnesses with contempt of court charges if their testimony strays. Arthur’s trial, which started Monday, resumes at 9 a.m. Monday and is expected to conclude that day. MIKE JAMES can be reached at mjames@dailyindependent.com or at (606) 326-2652.