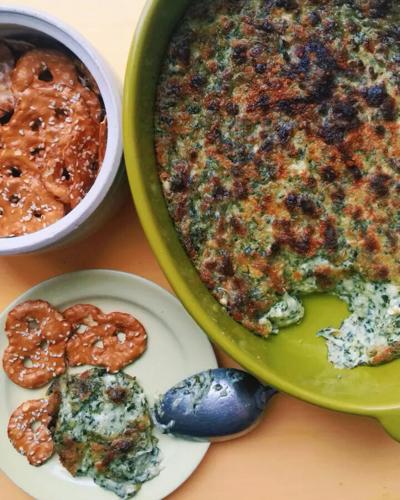 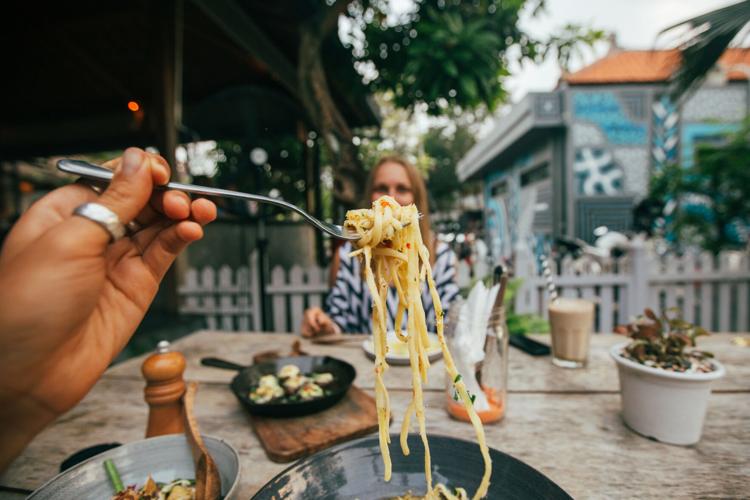 Some of us can sit down and make a meal of cheese and crackers, but often cheese is a key ingredient in a bigger vision.

Not only is cheese tasty, there are many varieties, it’s available all year and when you find the right cheese for the right dish, you’ve found the key.

Here are a few cheesy ideas to try.

Transfer the mixture to a mixing bowl, and add the cream cheese, sour cream, lemon juice, cayenne, Gruyere and ½ cup Parmesan. Mix to blend completely, and transfer to the prepared baking dish. Sprinkle the remaining 2 tablespoons of Parmesan over the top. Bake for about 25 minutes until hot and bubbly.

4 large baking potatoes, washed, patted dry, pierced all over with a sharp knife

Preheat oven to 425°F. Line a baking sheet with parchment. Rub potatoes with 1/2 Tbsp. oil, then sprinkle with salt. Place potatoes on a paper towel and microwave until just tender, about 10 minutes, turning halfway through. Transfer potatoes to baking sheet. Bake until skins are crisp, about 15 minutes.

Heat remaining oil in a large skillet over medium-high heat. Cook onion and mushrooms, stirring occasionally, until soft and beginning to brown, about 5 minutes. Stir in pepperoni, tomato sauce, Italian seasoning and 1/4 tsp. each salt and pepper.

Remove potatoes from oven. Place oven rack 5 inches from heat source; preheat broiler. Carefully cut a slit in top of each potato; squeeze ends to open. Fluff inside of potato with a fork. Divide pepperoni mixture among potatoes; top with mozzarella. Broil until cheese is melted and starting to brown, approximately 2 minutes. Serve immediately.

Preheat oven to 400 degrees. In a large skillet, bring 1 in. of water to a boil; add asparagus. Cook, covered, until crisp-tender, 3-5 minutes. Drain and pat dry.

On a lightly floured surface, roll pastry sheet into a 16x12-in. rectangle. Transfer to a parchment-lined large baking sheet. Bake until golden brown, about 10 minutes.

Sprinkle 1-1/2 cups cheese over pastry to within 1/2-in. of edges. Place asparagus over top; sprinkle with remaining cheese. Mix remaining ingredients; drizzle over top. Bake until cheese is melted, 10-15 minutes. Serve warm.

Preheat the oven to 350 degrees. Lightly butter a 9-by-13-inch baking dish. Cook the spaghetti in a large pot of boiling salted water until al dente. Drain well and spread the spaghetti on a baking sheet; let cool.

Bake the spaghetti in the center of the oven until the top is golden brown, about 40 minutes. Let cool slightly before cutting into squares and serving.

Preheat the oven to 350°. In a food processor, pulse the amaretti with the graham crackers and salt until finely ground. Transfer the crumbs to a small bowl and stir in the butter. Press the crumbs evenly over the bottom and halfway up the side of an 8-inch springform pan. Bake for about 10 minutes, until the crust is set. Cool on a rack.

In a microwave-safe dish, sprinkle the gelatin over 2 tablespoons of cold water; let stand until the gelatin is softened, about 10 minutes. Meanwhile, in a small bowl, beat the heavy cream until soft peaks form; refrigerate.

In a bowl, beat the cream cheese, ricotta, sugar and salt with an electric mixer at high speed until light and fluffy, about 5 minutes. Beat in the mascarpone and lemon juice.

Microwave the gelatin until melted, 5 seconds; scrape into the cream cheese mixture and beat until incorporated. Fold in the whipped cream. Pour the mixture into the cooled crust and smooth the surface. Refrigerate the cake until firm and set, 3 hours.

Unmold the cheesecake and serve with the honeyed apricots.