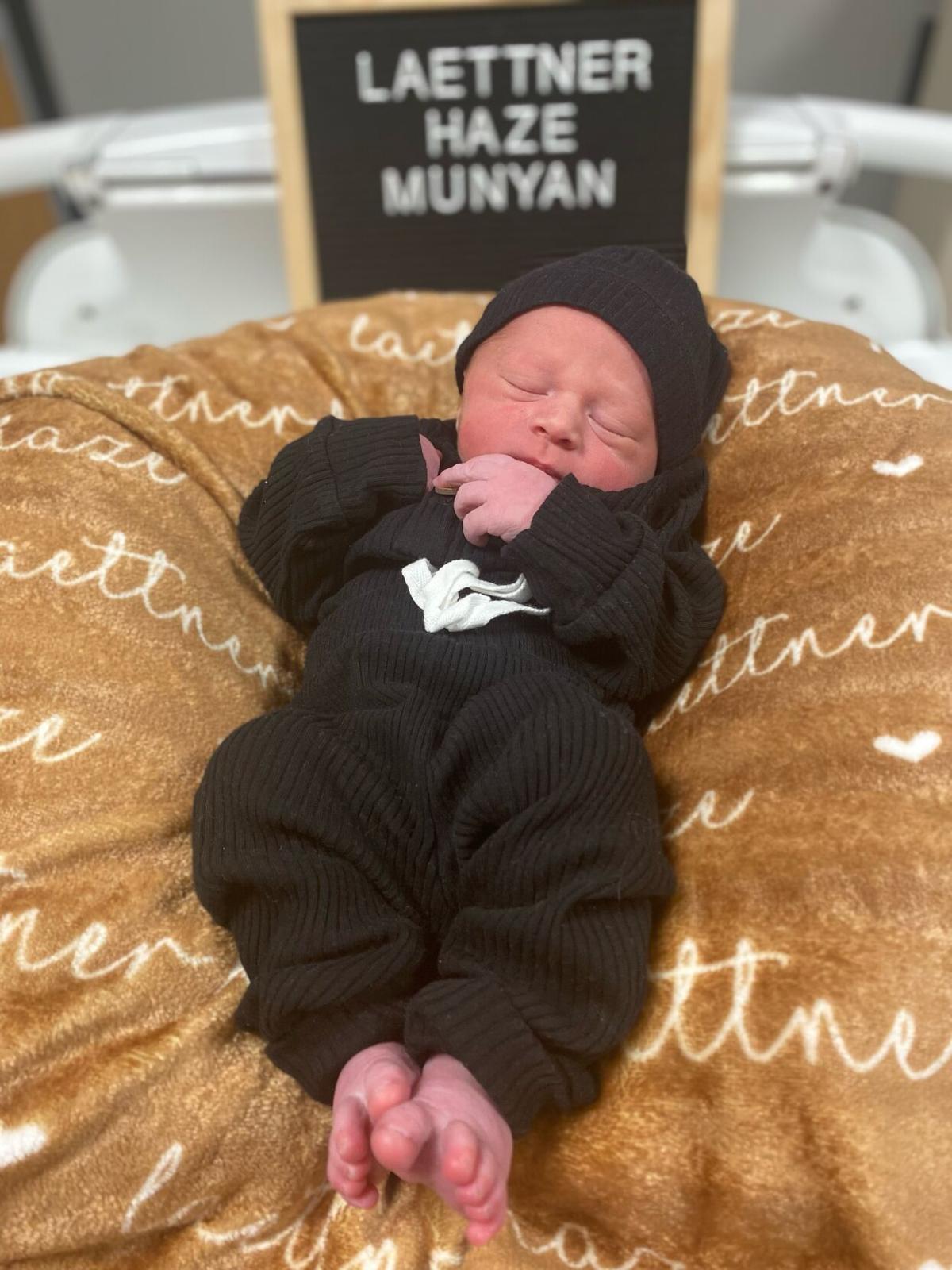 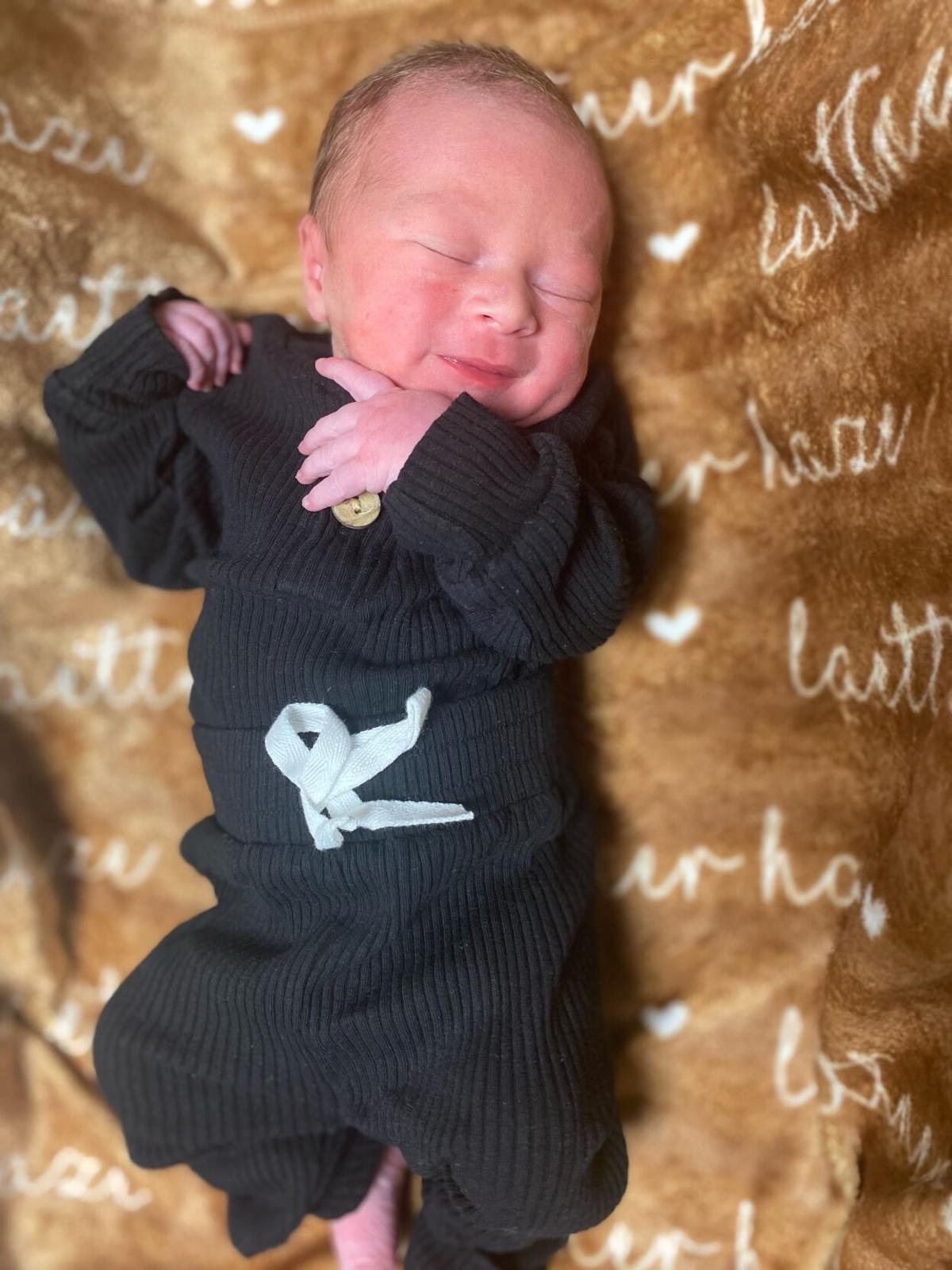 Laettner Haze Munyan is “perfect,” according to his mother, just as his namesake was on a late March night in Philadelphia nearly 30 years ago.

Born in Ashland at 8:41 on Tuesday night — about 50 minutes prior to tip-off of the Duke-Kentucky basketball game — Laettner entered the world at 6 pounds, 13 ounces, and 20 inches long.

When a couple from Kitts Hill, Ohio, learned they’d be having Baby No. 2 with an expected arrival in November 2021, they scrambled to come up with a name. Chris Munyan and Marie Christian’s first child, Lila, is 4. Upon discovering they’d have a boy this time, Christian knew she wanted to go with an “L” name.

“I was having trouble getting Chris to agree on a boy name with a letter ‘L,’” Christian recalled. “So I decided to look up his favorite sports teams and look at players throughout.”

Munyan is an avid follower of Ohio State and the Tennessee Titans in football, and he’s a die-hard Duke basketball fan. Born in 1991, he was just 1 when Christian Laettner became Kentucky’s No. 1 villain as he went a perfect 10 for 10 from the floor, and 10 for 10 from the foul line in scoring 31 points — the final two came on “The Shot,” which lifted Duke past Kentucky, 104-103, in overtime in the regional finals, propelling the Blue Devils to the Final Four and breaking hearts across the Bluegrass State.

When Marie Christian stumbled upon Christian Laettner’s name, little did she know she struck gold in Munyan’s mind.

“I saw Christian Laettner, and I had no idea of the history or anything, and I said (to Munyan), ‘I know it’s a last name, but what do you think about Laettner?’ Chris just looked at me with hearts in his eyes.”

Although Laettner doesn’t have his mom’s last name, some family members begged her to make Laettner’s middle moniker “Christian.”

“I just thought that’d be overkill,” Laettner’s mom said with a chuckle.

Well aware of the 2021-22 season opener on the schedule — with Duke and Kentucky clashing at Madison Square Garden in New York City on Nov. 9 in the Champions Classic — Munyan hoped Laettner would be born 11 days prior to his due date.

Dad got his wish.

“Chris had joked that he was waiting on the big game to make his arrival,” Christian said. “And, sure enough, (on Tuesday), I woke up and I was having contractions and I said, ‘I think he’s gonna come today.’”

Throughout the post-delivery process, Chris Munyan kept an eye on the game on his phone. Duke beat Kentucky, 79-71. He wrote the score on the markerboard in their King’s Daughters Medical Center room to remind Dr. Tony Dotson, OB-GYN, a Wildcats fan.

“When she told me the potential name in the office, I was a bit surprised and had to share a video of Laettner stomping Aminu Timberlake in the chest just to prove my point of the many reasons that Kentucky fans will not love his name choice,” Dotson said.

Christian, who works across the river in Ashland, has already heard from co-workers and Kentucky friends, asking, “What are you doing to that boy?”

He’s never been to a Duke game in person, but it’s on his bucket list, he said.

Perhaps a father-son adventure is in the future.

As of Thursday, they were just ready to get home and let Laettner meet his big sister.

“Lila is over the moon; she is so excited to meet him,” Christian said.