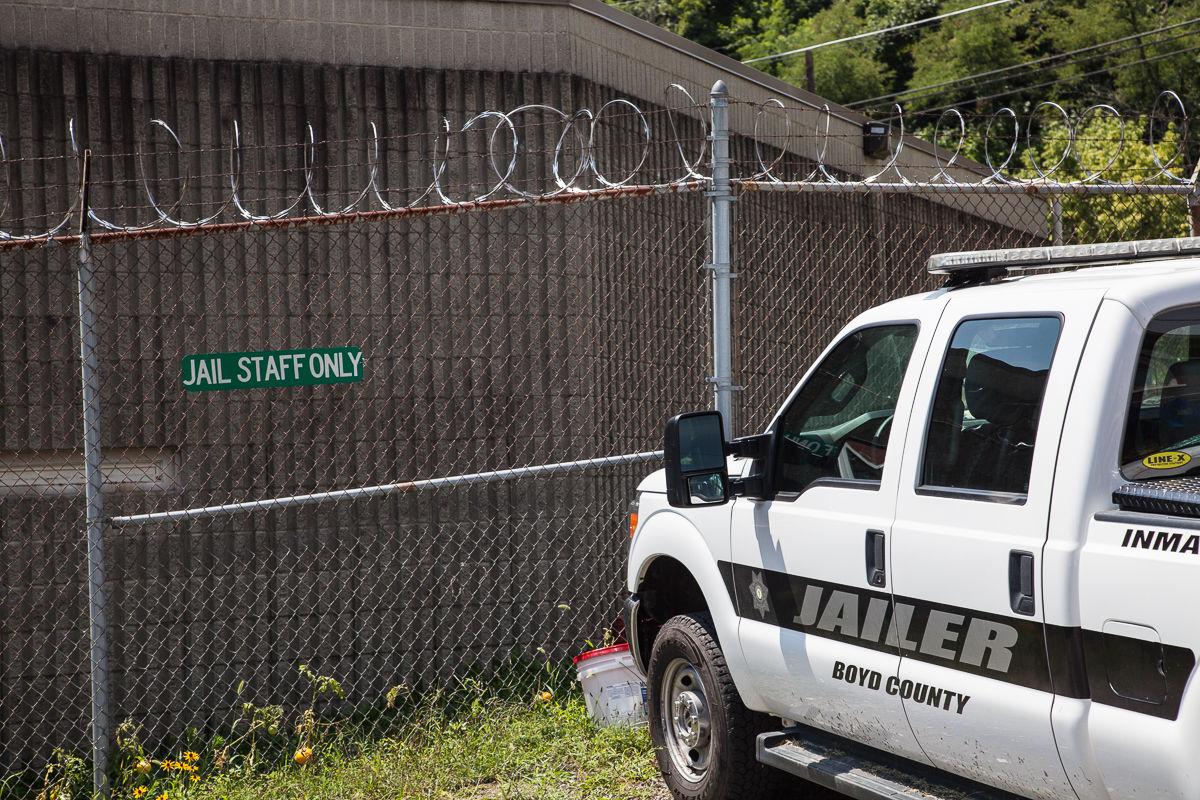 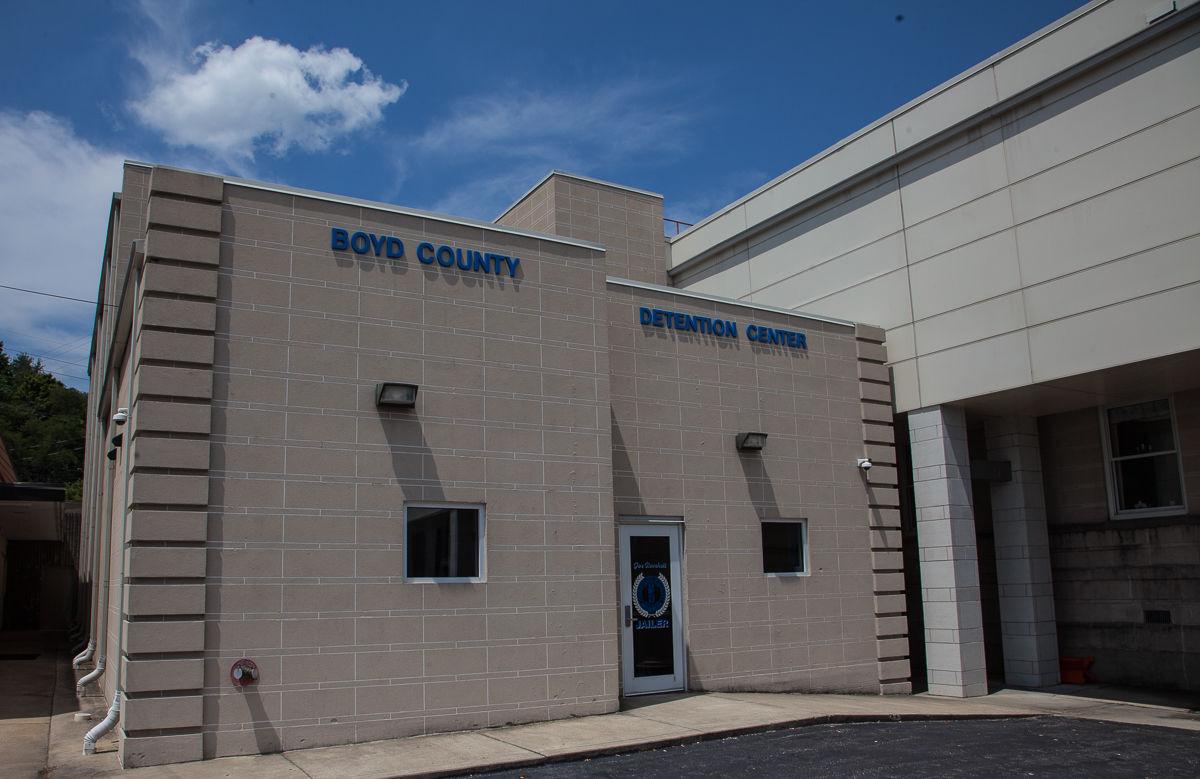 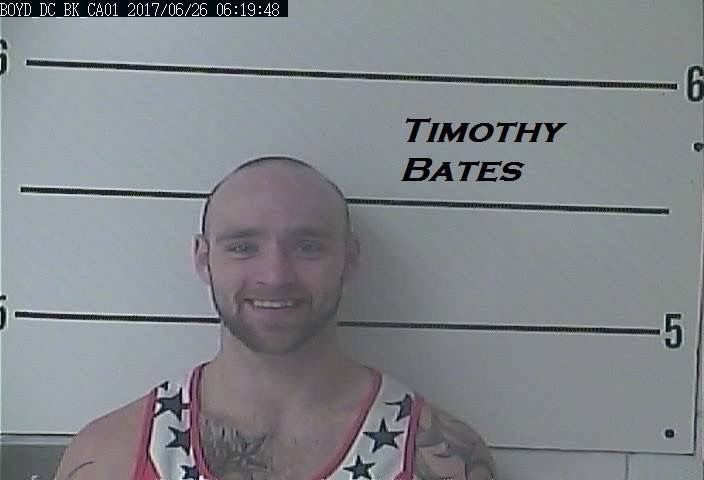 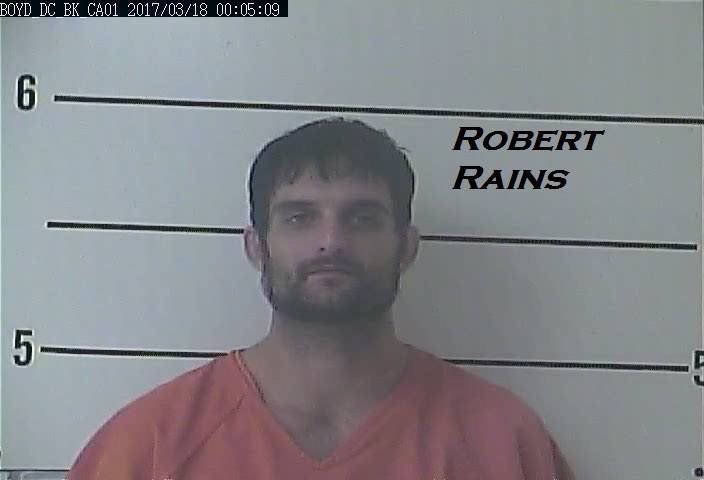 CATLETTSBURG A manhunt for two inmates who escaped from the Boyd County Detention Center continued Monday, and both men have a history of violence.

Law enforcement officers are seeking Timothy Bates, 26, and Robert Rains, 28. They, along with two other inmates who were subsequently captured, bolted from the jail on Sunday morning.

Bates was convicted of felony wanton endangerment in Greenup County last year. He was accused in 2015 of striking a cell phone store employee in the head with a chair.

Bates is also facing a robbery charge stemming from a 2016 incident involving a tobacco store. Bates allegedly ordered an employee to empty her cash register before fleeing the store with cash, according to the arrest complaint. He’s scheduled to appear in court on the charge and may enter a new plea on Aug. 25.

Bates did not verbally threaten her according to the employee’s testimony to law enforcement.

A man who said he met with Bates after the alleged robbery told authorities Bates was armed with a gun at the time, per the documents.

Rains was convicted of fourth-degree assault, a misdemeanor, in Boyd County in 2012, after he allegedly choked a woman in an apartment building. He was convicted of violating domestic order four times by either calling or visiting a woman he was ordered not to contact after his release in 2012.

Jailer Joe Burchett told The Daily Independent Monday he does not view the escapees as dangerous. Law enforcement officials are still searching for Bates and Rains as of press time.

After the four inmates went missing the jail issued a news release stating all of these inmates are in on drug charges or drug related offenses and are not wanted or convicted of violent felony charges.

The two escapees who were apprehended Sunday are Jeremie Deboard, 32, and Zachary King, 28.

King was jailed on charges of DUI and drug possession, among other charges.

Deboard is facing drug trafficking and paraphernalia charges. While jailed he allegedly assaulted an inmate and a fourth-degree assault charge is pending against him.

According to the jail the inmates escaped around 6 a.m. Sunday after removing a bathroom light fixture, breaking into a mop closet and fleeing through a fire escape door in the back of a building. They then used blankets to cover the top of the barbed wire and climb over, Burchett said.

The jail attributed the escape to a design flaw on the newer side of the facility. Steps have been taken to prevent a similar escape in the future as the back door is now locked and the light fixture was welded in to the ceiling, according to the jail.

Four inmates jumped the fence at the Boyd County Detention Center on July 30 and 26-year-old Timothy Bates is still on the run as of Wednesday night.

Arrested deputy jailer had been on staff for month