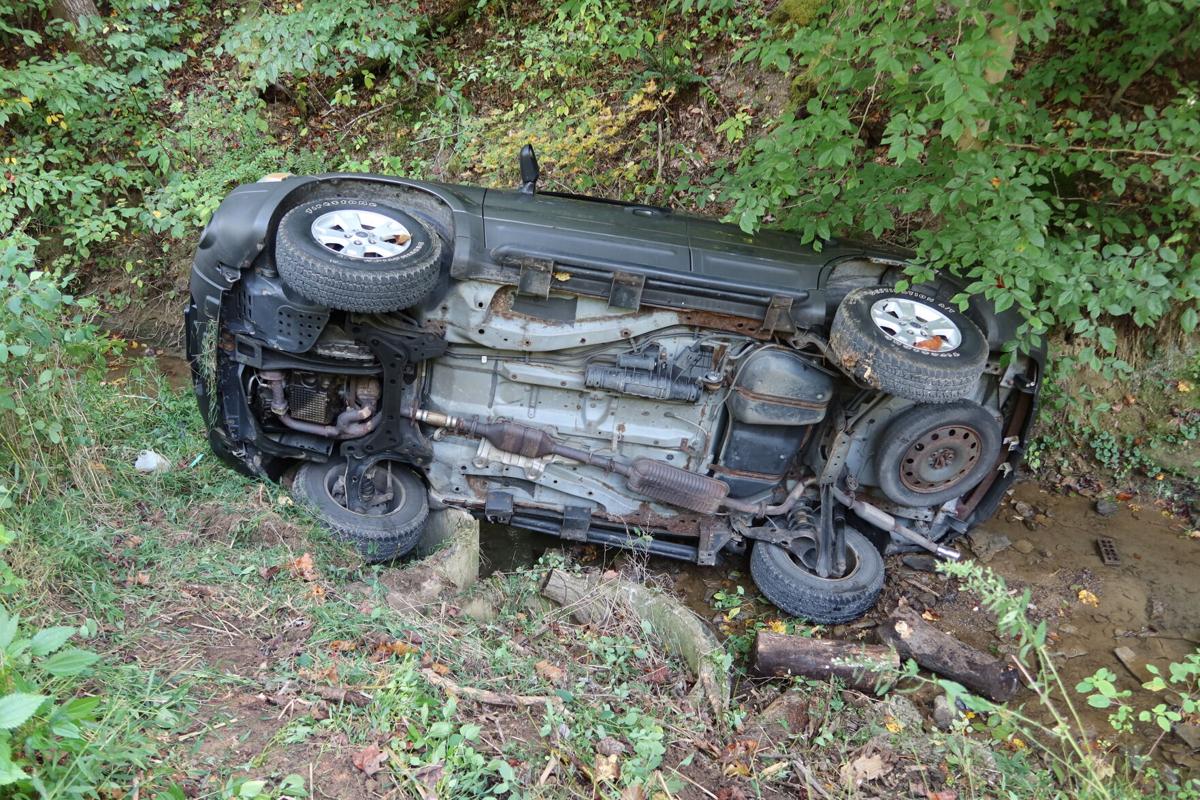 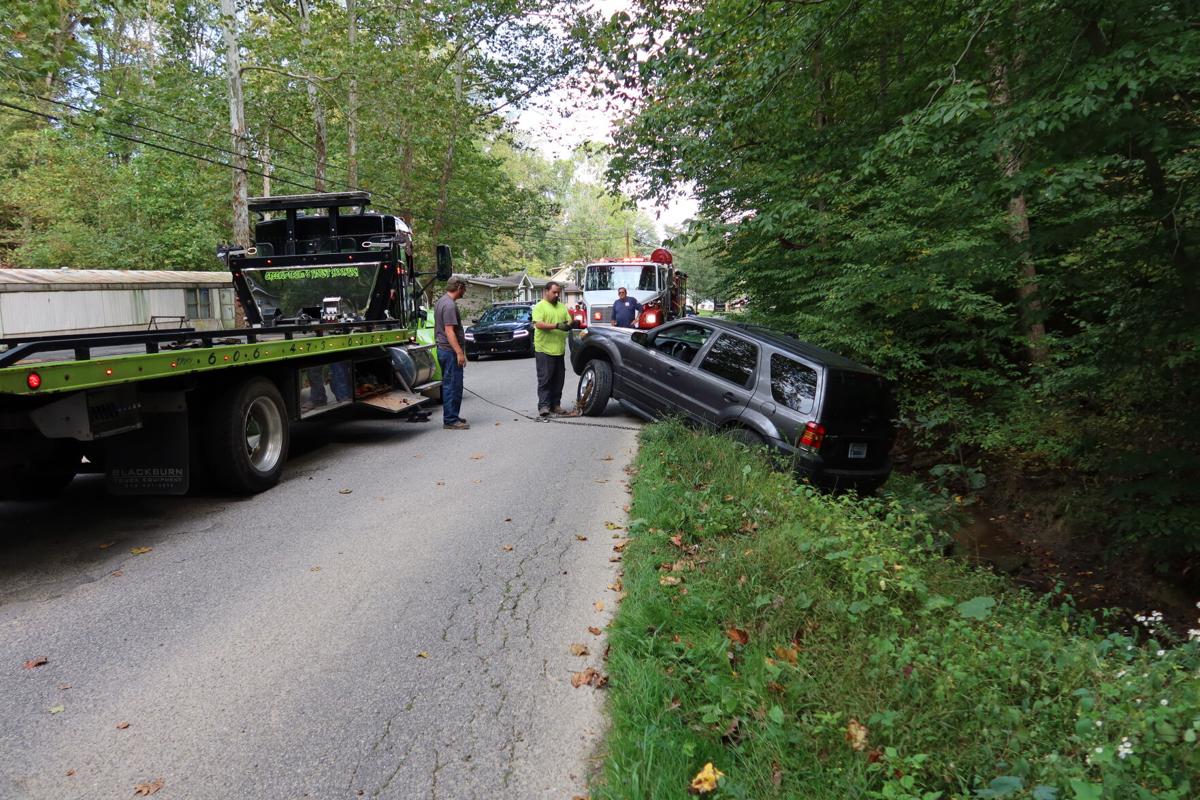 WESTWOOD A car in a creek and no driver.

That’s the scene Boyd County deputies found early Monday afternoon, after reports of an overturned SUV in a creek along New Buckley Road.

The call came in around 2:18 p.m. after a witness noticed the late model gray Ford Escape was turned over on its side into the small feeder stream to Little Hood Creek.

Deputies checked the vehicle but found no driver inside. Deputies said they believed the vehicle came down the rather steep hill on Paradise Street, but couldn’t make the turn at the bottom. The motorist — who must’ve been small in stature given what how they would’ve climbed out of the wreckage — may have fled due to a DUI or a no-insurance situation.

It’s hard to say — deputies said they search the area and found no signs of him or her. One deputy even climbed the side of the vehicle to peer inside, just in case the driver was trapped.

The SUV was pulled out of the creek a little before 3 p.m.

Once up right on the roadway, the vehicle displayed little damage; the windshield wasn’t even cracked. The roof appeared to have nary a dent.

In addition to the Boyd County Sheriff’s Department, the Westwood Volunteer Fire Department also responded to the scene.