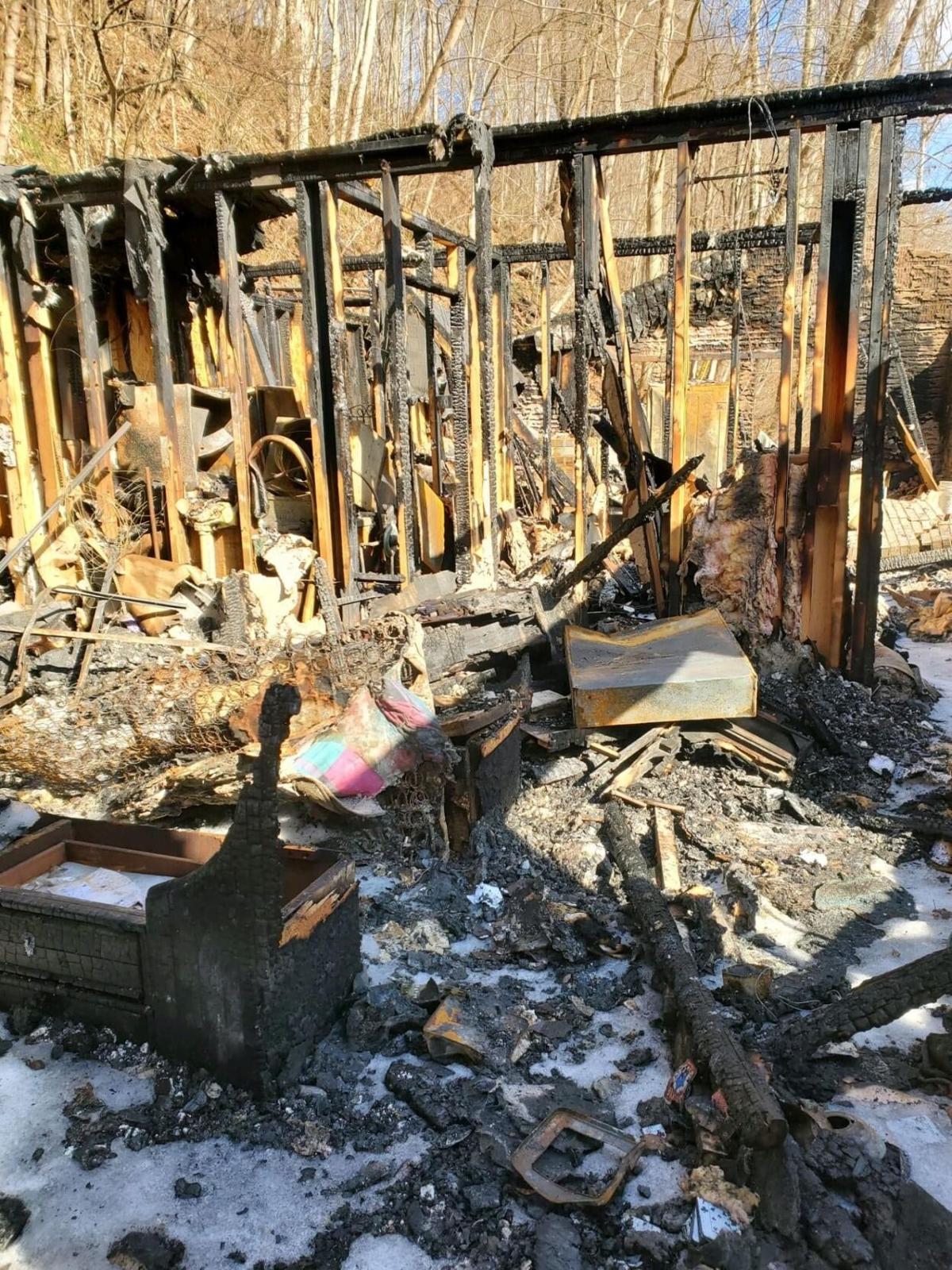 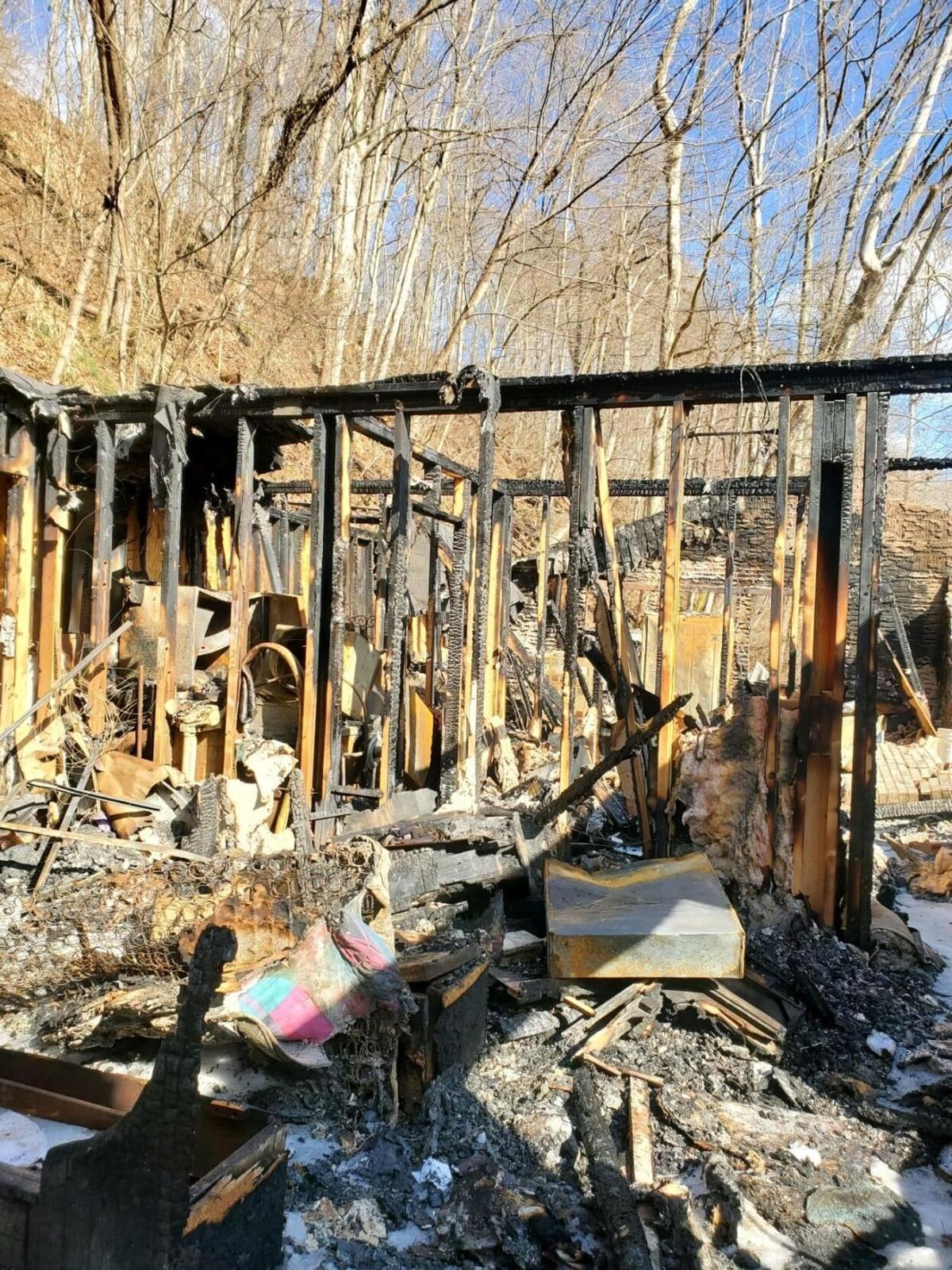 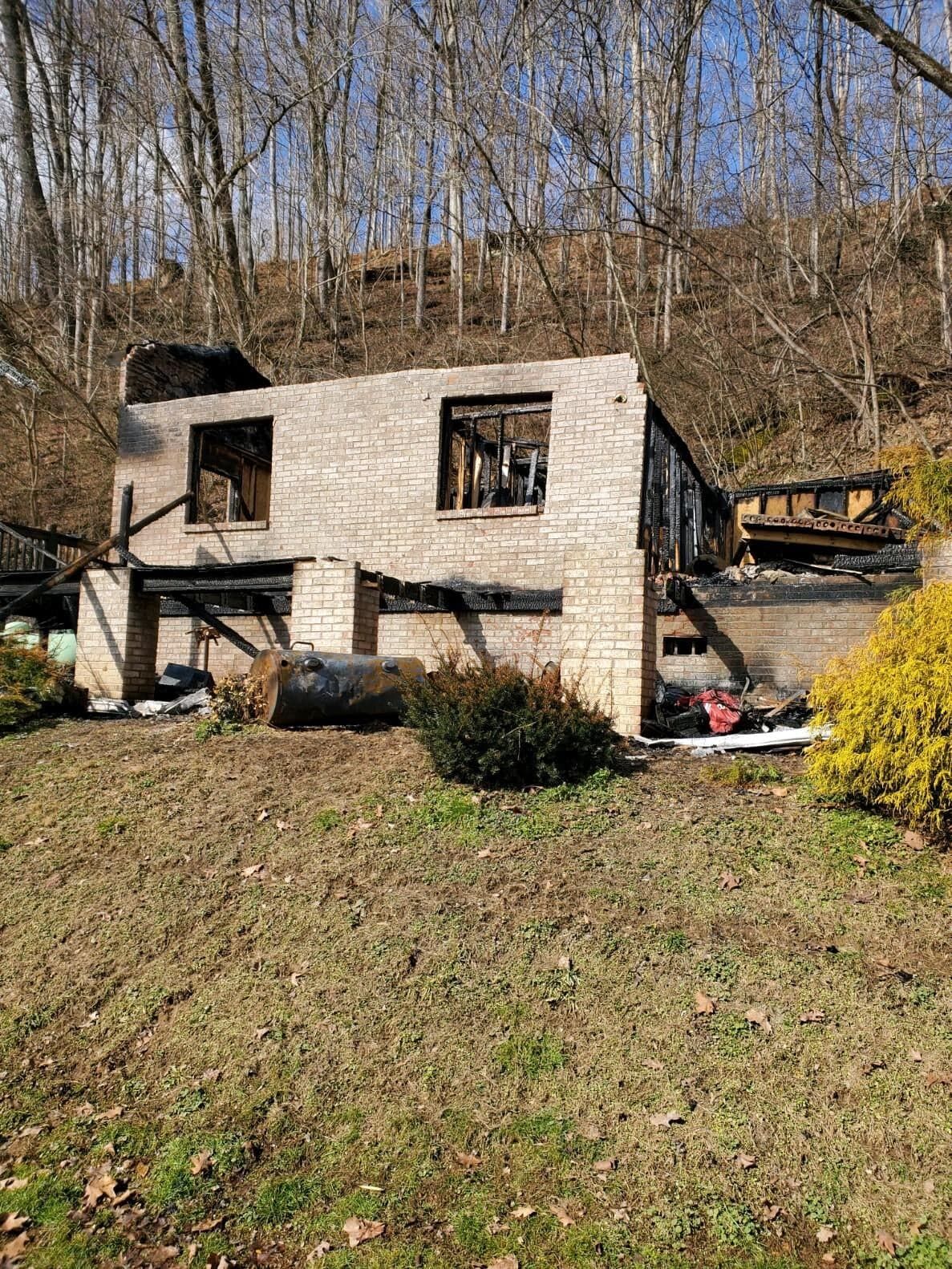 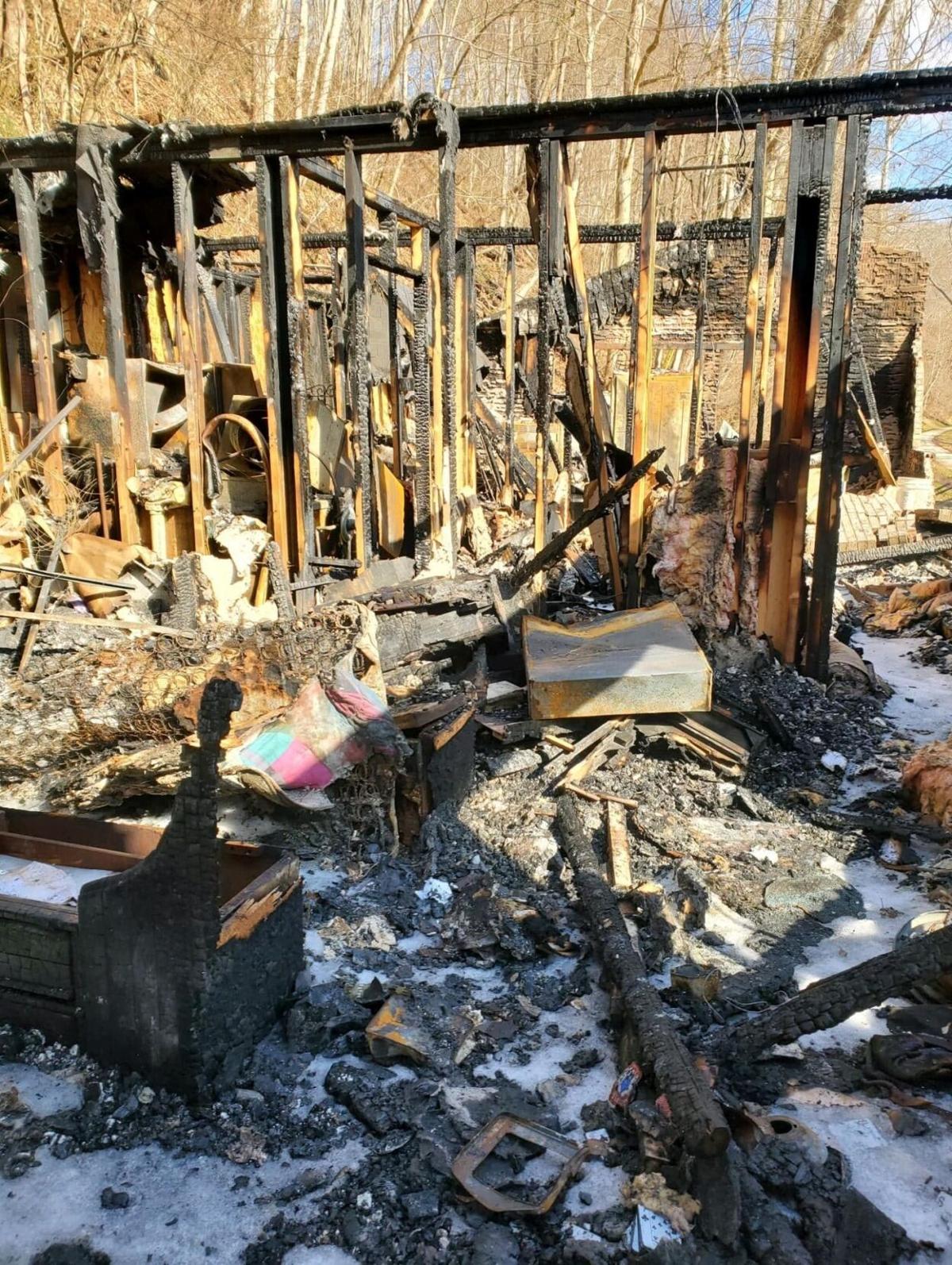 ARGILLITE The waves of storms that knocked out power across the area is gone, but the damage and devastation remain.

Some of the hardest-hit homes were in more rural areas where falling trees knocked out power and telephone lines, forcing residents to look to alternate forms of heat during the freezing temperatures and multiple days without basic utilities.

Greenup County resident Carolyn Schaeffer was one of the residents affected by the outages, and her power was off for multiple days at her home on 1459 off the Little Sandy. And like many of her neighbors, the loss of power resulted in lack of heat for the home.

Schaeffer and her friend Ron White attempted during the storms to utilize a small propane fireplace, but a malfunction led to devastating results.

“With the electric off, we didn’t have any heat,” she said. Schaeffer said they were also using candles for a source of light at the time.

“And when we were hooking up the propane tank to heat the house, the knob on the tank broke off. And everything sort of went up on us,” she said.

The spraying propane was ignited by the candles, Schaeffer said, and the room was instantly in flames. The pair attempted to exit through the door, only to find that it was jammed and wouldn’t open. Schaeffer said she believes the fire sucked up all of the oxygen, creating a vacuum, which held the door closed. Fortunately, White was able to shatter a window, and the pair escaped the blaze in their pajamas. White went back into the home, Schaeffer said, in an attempt to rescue their dogs, but was sadly unsuccessful.

The pair lost everything except what clothes were on their backs, Schaeffer said, and suffered from smoke inhalation. White, she said, also suffered burns on his hands. But the loss of the four dogs, whom she considered her “fur babies,” was what has devasted her the most. She said that emergency services arrived quickly but were unable to save more than the bare shell of the home her father had built years ago.

Schaeffer said the home had not been insured because the insurance company she had approached for coverage had told her that certain repairs and additions would have to be made before she could purchase insurance. In addition to this, Schaeffer would also be required to purchase flood insurance due to the property’s location, she said. The result is that now Schaeffer and White have lost a home, all its furnishings, and their personal belongings — with no money to replace it. Added to this will be the expense of removing the burned shell of her home so that when she is able, perhaps she can start again.

While she attempts to bring the pieces of her life back together, Shaeffer and White are staying with her daughter and son-in-law. She said she has found a pre-owned mobile home to purchase, and once she gathers the finances and cleans up her property, she can have that moved to her property and set up on the old house’s foundation, the only part of it that is salvageable. But she is determined to stay in the area if she is able.

“It’s my home,” she said. “I was born and raised in Argillite, and my father built this house in 2006 when he was traveling between here and Baltimore. I couldn’t imagine living anywhere else.”

Schaeffer’s daughter has set up a page on GoFundMe to accept donations to help her as she struggles to overcome the loss, and it can be accessed through Facebook by going to Help Carolyn & Ron Rebuild After House Fire.

“I am so grateful for the people who have reached out wanting to help,” Schaeffer said. “Its going to take months, probably, to get everything together to get into another home. But all we can do is keep moving forward as much as we can.”