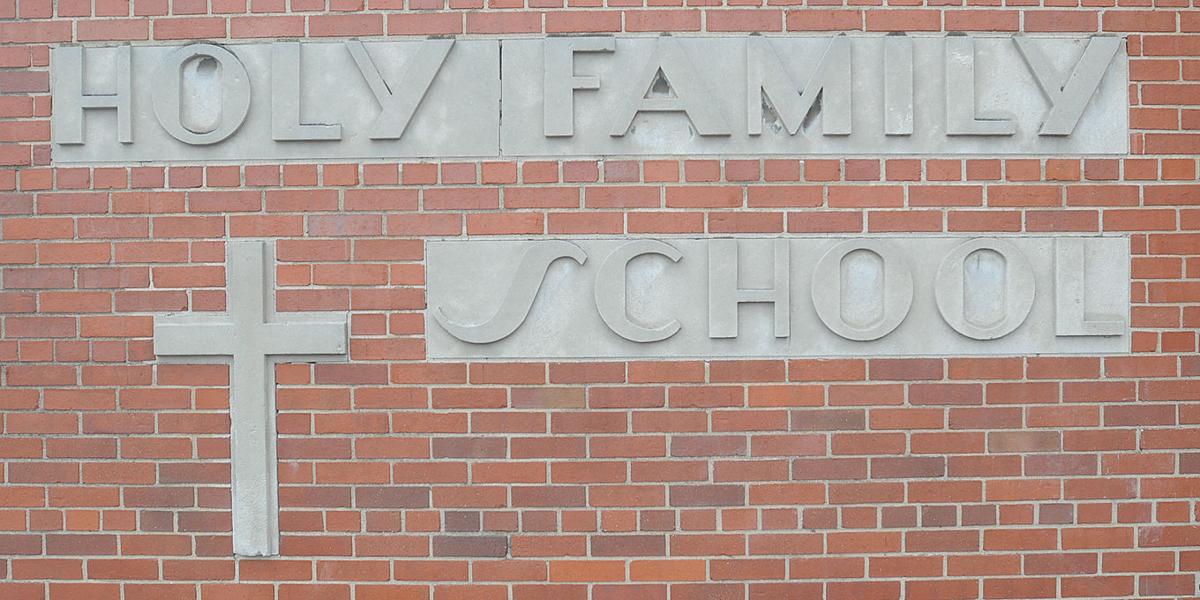 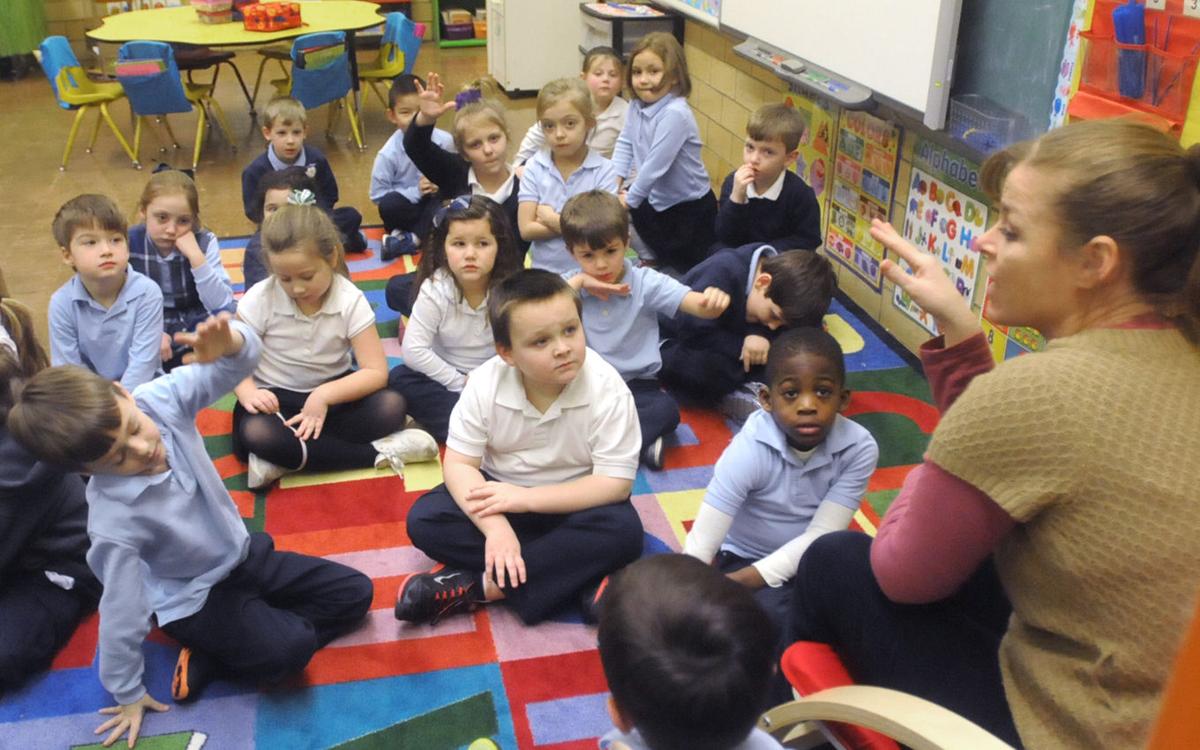 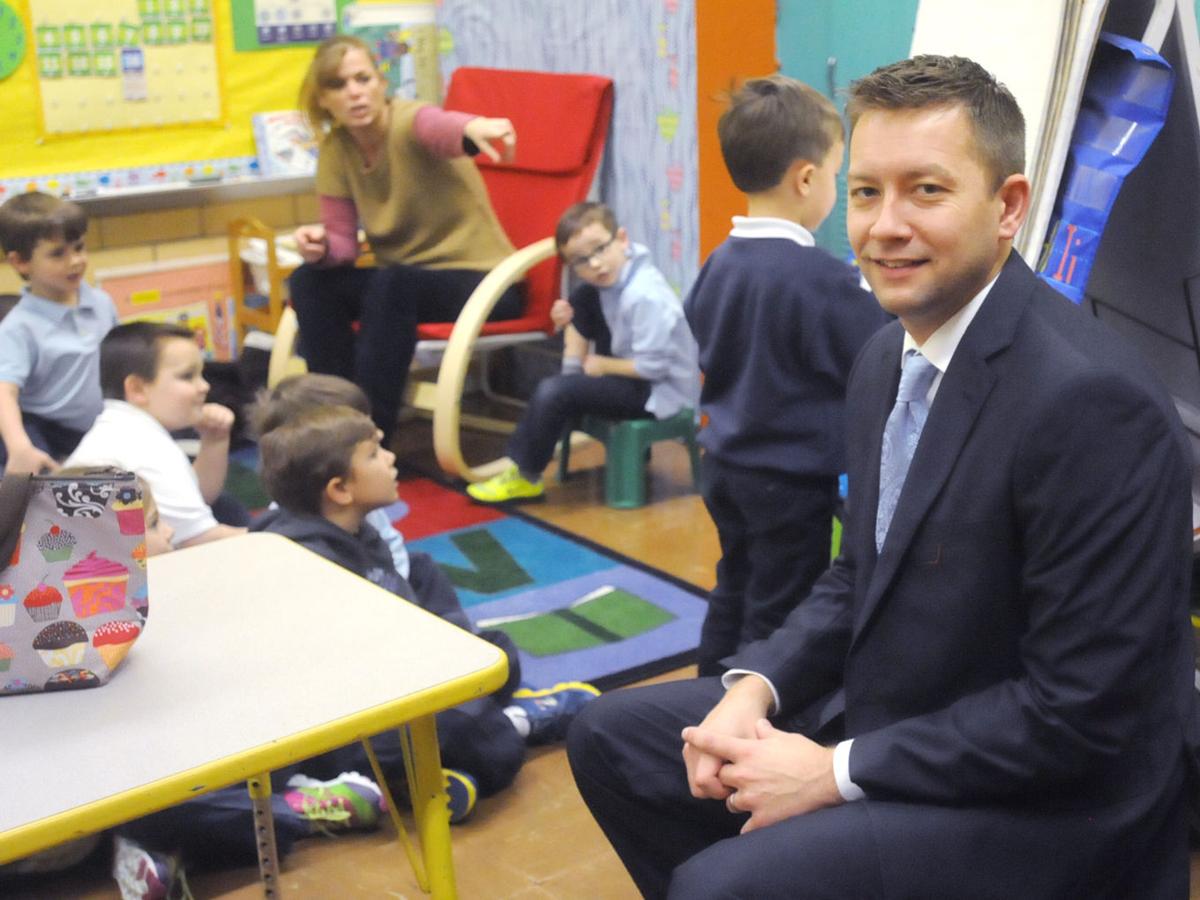 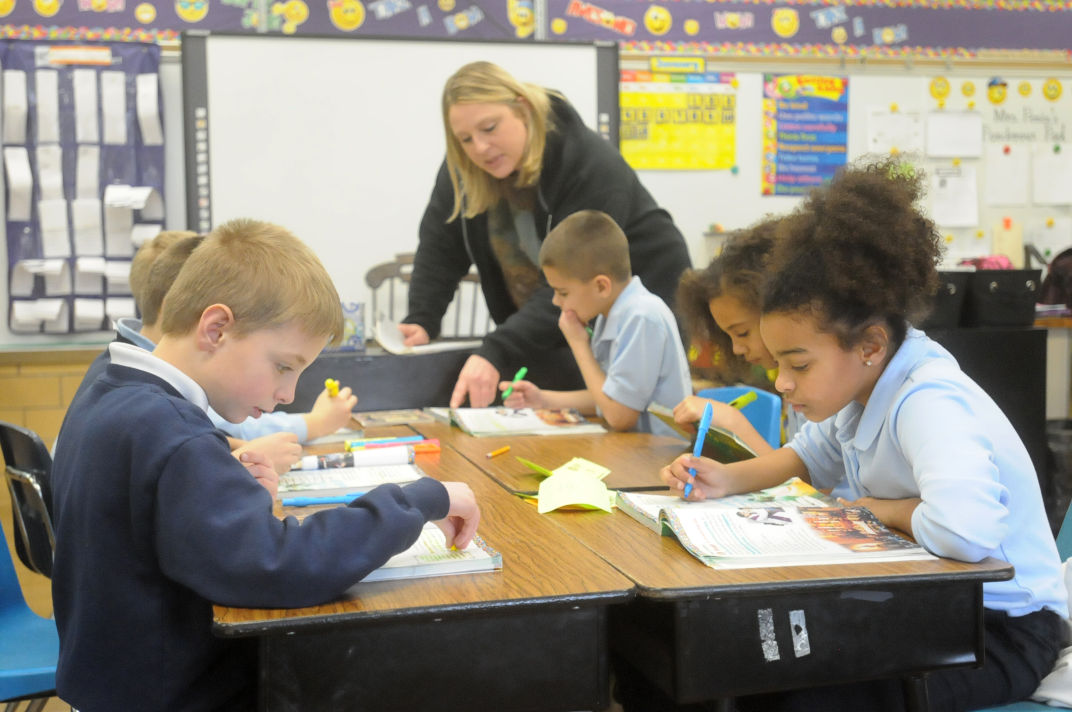 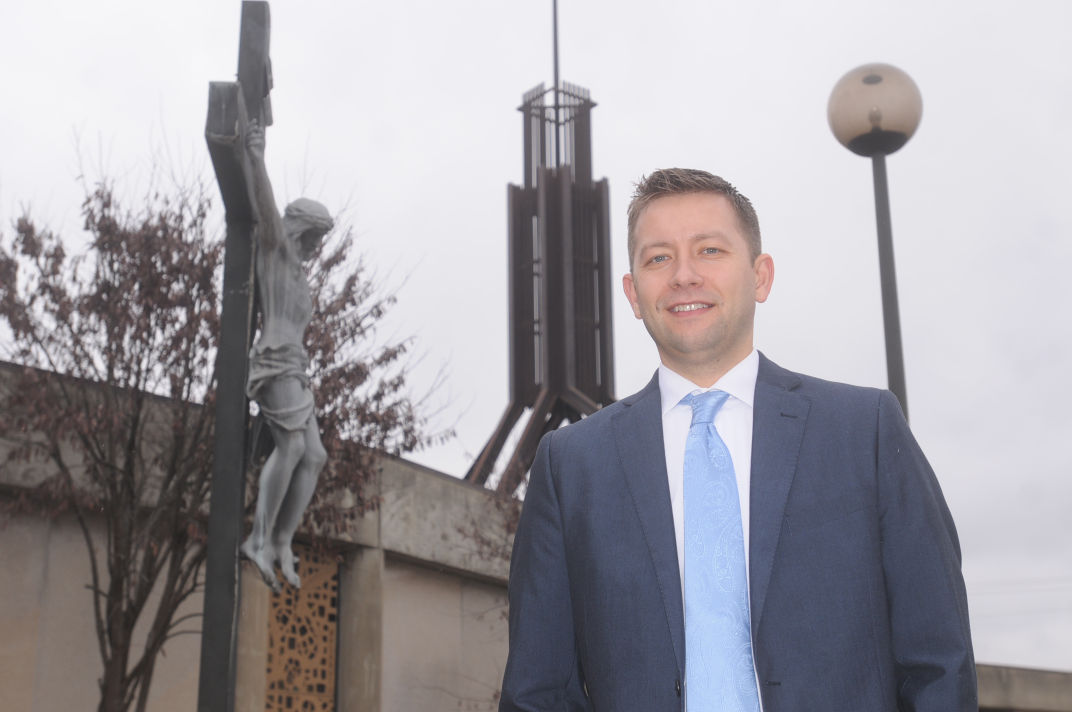 ASHLAND Every teacher lives for the moment when they can see a student succeed.

For Matt Anderson, principal at Holy Family School in Ashland, that moment hangs on a wall in his office, preserved in a framed note from a former student reading: “You made it easy for me, and now I don’t worry about math anymore.”

Anderson knew from an early age that he wanted to be in the education field. When he was young his father would often say, “You would be a good teacher.”

“Those were some of the best years of my life, but I needed a change,” Anderson said. “I prayed and, lo and behold, I taught fifth grade for one year (at Holy Family) and now I’m the principal.”

Fifth-grade teacher Lisa Johnson said of Anderson: “It has been a blessing to have him here.”

Johnson worked with Anderson his first year at Holy Family as team teachers with fifth grade.

Anderson considers his position as principal to be an answered prayer and says the best part of being principal being around the children.

“From preschool to high school I get to interact with them all day and I get to be a small part of everything,” said Anderson

Holy Family School is an all denominations private school on Winchester Avenue in downtown Ashland.  The school has about 150 students and serves all grade levels. It boasts a high school program that has partnered with Ashland Community and Technical College. The program allows Holy Family’s seven high school students — six girls and one boy — to take classes at ACTC while in high school and gives them the opportunity to earn an associate degree by the time they have completed high school.

The program consists of seven students and classes are specifically designed for what is needed for students to succeed.

“With a low student-to- teacher ratio they are able to target where students need assistance,” said Anderson.

Anderson said because they are a private school they do not need to focus strictly on state testing like public schools and are able to give a more well-rounded education.  In addition to academics, this includes daily church services.

“We still do testing, it’s just not the same way public schools do testing,” said Anderson.

Holy Family School has tuition costs for students to attend, but also offers financial aid and scholarships, Anderson said. They fund raise to support new programs at the school. They are working to bring in a humanities program, which would allow students to participate in drama and music.

Eighth-grader Chloe Degiorgio said of Anderson: “He’s really nice and he gets the students involved.”

Students of Holy Family have also been recognized for the Duke University TIP (Talent Identification Program), which focuses on the top 5 percent in the nation based on student test scores. Out of about 30 students in fourth, fifth and sixth grade, Holy Family had 17 students score in the 95 percent tile.

Anderson said the school is looking forward and hopes to grow, but still maintain its values and success.

“We’ve done some great things here in a short amount of time and I’m very proud of that,” he said.

Holy Family recently built a computer lab on the second floor and has 124 iPads available to students.

All classrooms also have Smart Boards to  help the teachers.