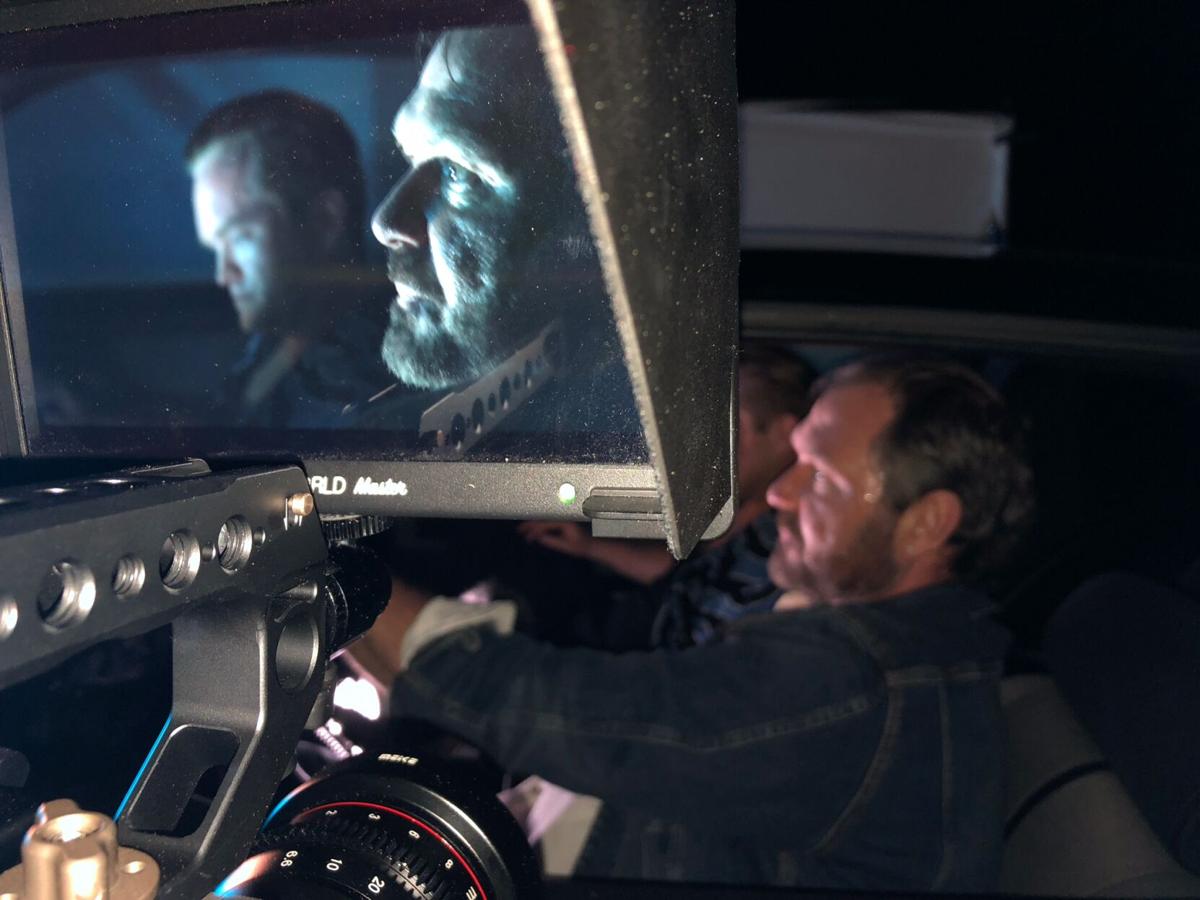 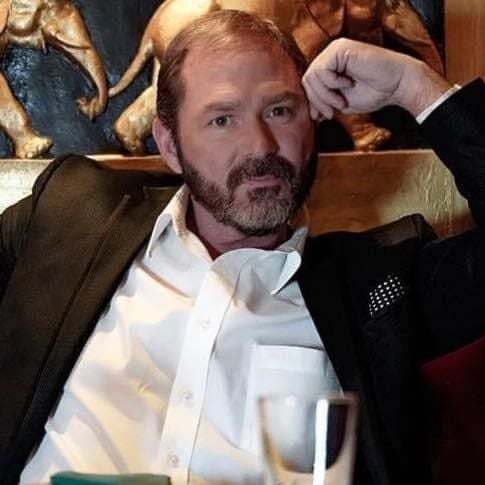 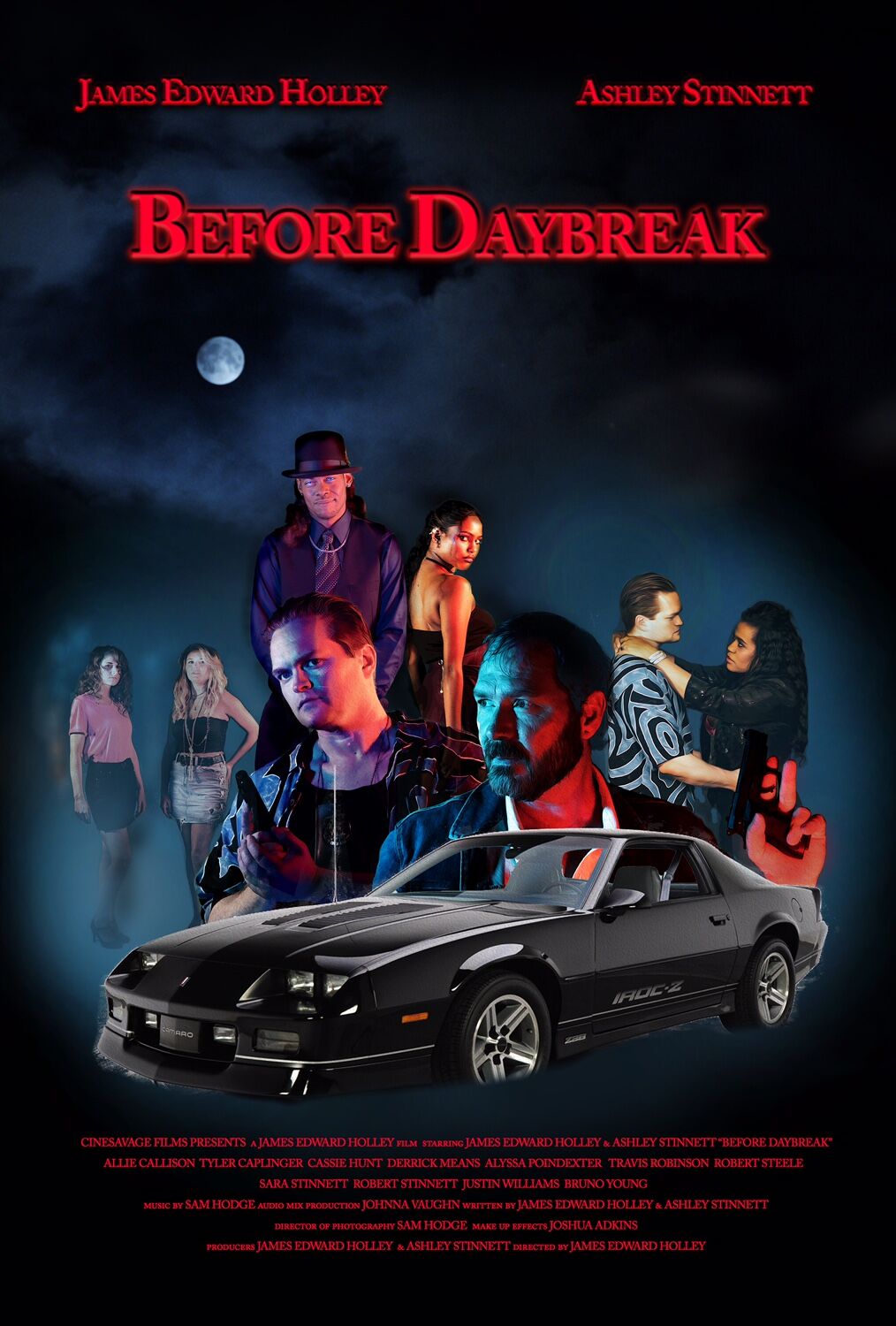 The 50-year-old military retiree who lives in Huntington took his daughter to play practice for “Titanic The Musical.” She was one of the few children in the play.

“Being the protective father, I stayed for everything and they had a lot of men quit, so the director asked me if I would be in it and I did,” Holley said.

He was immediately cast in another local play, “Noises Off.”

“It was a big part and it was a huge show,” he said. Offers continued to come.

He appeared as a priest in a film version of the short film “God of Carnage,” which did well at festivals and garnered him a call from an Irish director who was making “The Cave,” a film about the boys youth soccer team trapped in a cave 3 miles deep in Northern Thailand in 2018. The film focuses on the international volunteers who risk their lives and fought a government bureaucracy to save them.

“With exception of military personnel, people in the movie were the actual peole who were in the middle of (the rescue),” he said.

His film work has given Holley the chance to work for Discovery Channel and Investigation discover. He also has been in a variety of short films, done voiceovers and has spoken twice at the British Film Institute.

He will be at the Paramount Arts Center on Thursday when a locally made short film, “Before Daybreak” will be shown before “The Cave.” Holley will take questions between the two.

“Somebody came to me with 11 pages,” he said of the film “Before Daybreak.” “When I read it, I saw the opportunity to make it longer. I cast people I could see in each one of these parts, I wrote and directed it and I’m in it.”

It’s a film that pays homage to crime films of the 1980s combined with a modern-day ghost adventure.

He said filming started before the COVID-19 pandemic, which created a strange hiatus in the process.

“In one scene, there was a fourth-month gap between a guy leaving his house and getting into his car,” Holley said with a laugh. He worked for free, but the movie cost between $6,000 and $7,000 for property rentals and feeding cast and crew.

Melanie Cornelison-Jannotta, artistic director of the Paramount Players, said it’s an honor for the theater to show these films.

“James has been a part of the Paramount Players and we are so excited to see the success he is having with his work in the arts,” she said. “We are so proud to host this evening and celebrate the incredible talent and success of a local artist.”

Holley’s recent television credits include “Evil Lives Here,” “Dead of Winter,” “Most Haunted Places on Earth” and “Ghost Adventures.” In addition to “The Save,” his feature films include “Pugilistic Soul” (USA 2021) and “The Letting Go” (Sweden 2021). He also has done voiceover work for national television commercials and more than 130 radio spots.

He’s already working on a feature film that will highlight local talent.

“’Stories Told to Thomas Gill’ is about an author, well, I don’t want to say too much about it,” Holley said. “It’s ‘Sixth Sense’ meets ‘Law and Order.’ It’s about an author who is a psychic medium wrapped up in a child abduction.” Filming, which will be mostly in Huntington, with a few scenes in Cincinnati and Cleveland, is expected to begin Feb. 19.

“We’re trying to get (Screen Actors Guild) accreditation, so everybody will make SAG minimum and they will come and getus into the union. The thought is we would have to do it that way before Hulu will look at it.”

Besides an interest in writing and making movies, Holley has another motivation: to showcase the theatrical talent in the area and encourage others to give their own artistic ambitions a try.

“With all the things we have in this area, there is no reason, other than our bad marketing,” he continued. “People should look at us like an entertainment mecca. Instead of thinking they have to drive to Cleveland or Cincinnati to see a show, they can see one in Ashland, Huntington or Ironton. I’m hoping this is an event people will come see and think, ‘I could do that.’”

“An Evening with James Edward Holley” featuring film screenings of “Before Daybreak” and “The Cave” will be at 7:30 Thursday at the Paramount Arts Center. Social distancing will be observed and masks must be worn to enter and move around the theater. Tickets are $10 in advance and $12 the day of the show. For groups of three or more, contact the PAC box office to allow for social distancing. For more information, call the PAC box office at (606) 324-0007.